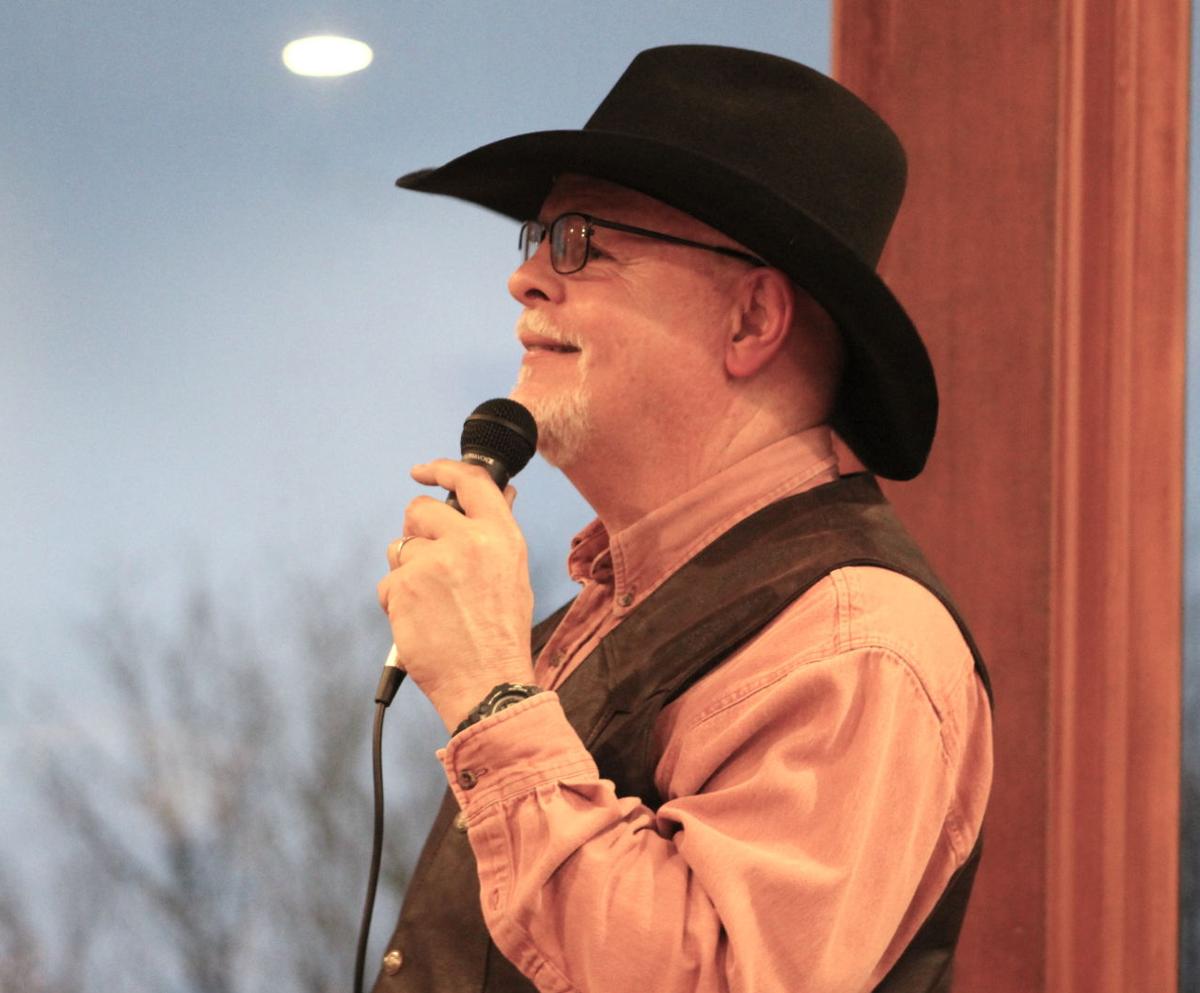 Jerry Bowman, the curator at the Northwest Carriage Museum in Raymond, Washington, gives a presentation at the Seaside Museum and Historical Society’s History and Hops event. 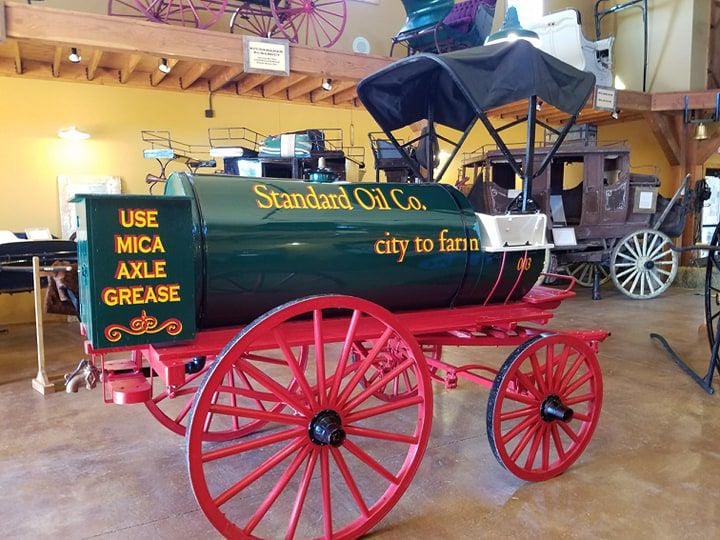 An early 1900s kerosene wagon at the Northwest Carriage Museum. 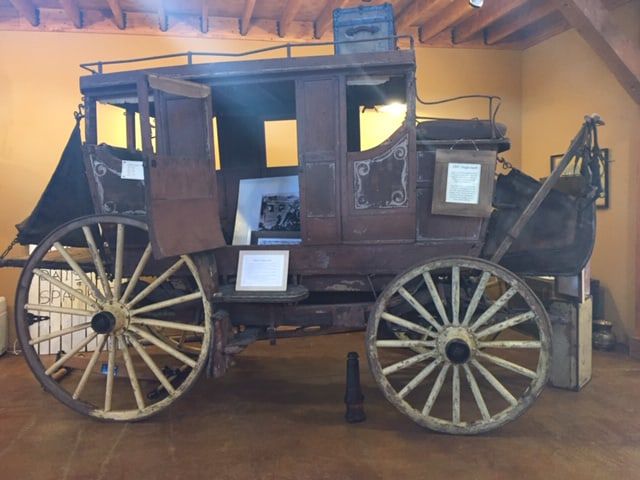 An 1888 stagecoach at the Northwest Carriage Museum. 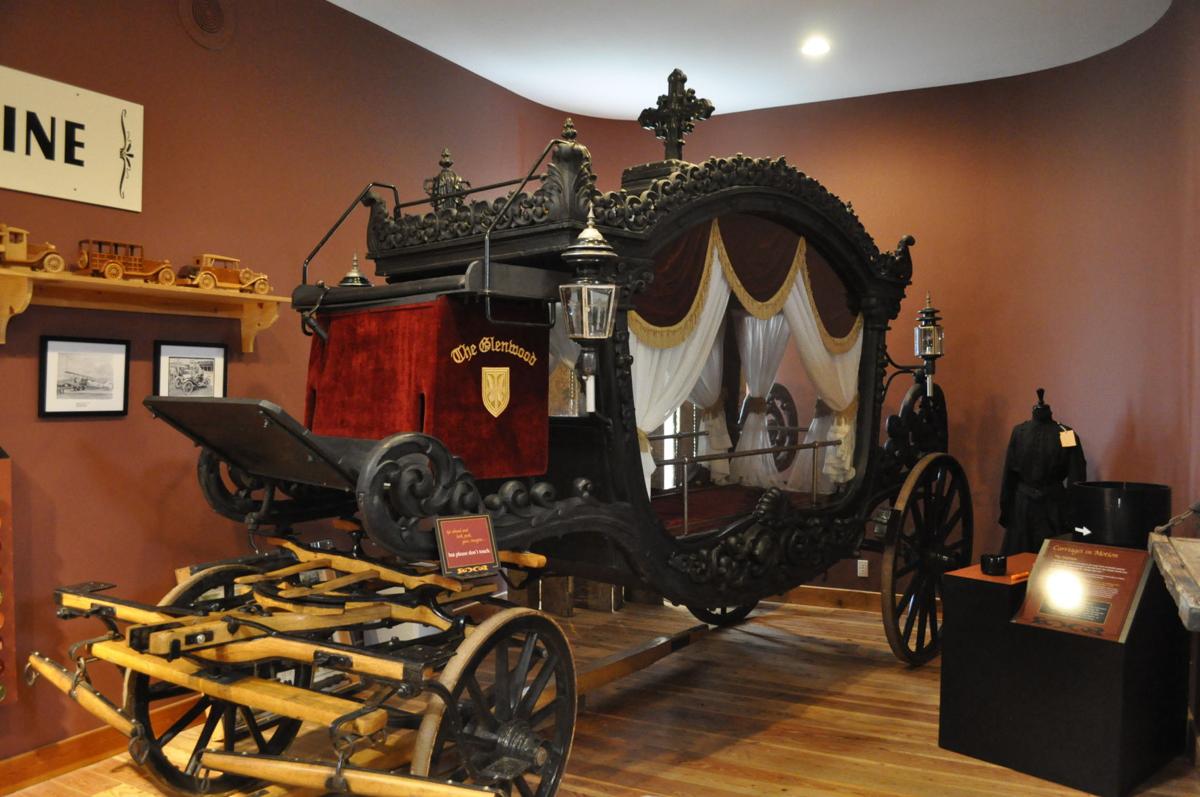 An Austrian hearse at the Northwest Carriage Museum.

Jerry Bowman, the curator at the Northwest Carriage Museum in Raymond, Washington, gives a presentation at the Seaside Museum and Historical Society’s History and Hops event.

An early 1900s kerosene wagon at the Northwest Carriage Museum.

An 1888 stagecoach at the Northwest Carriage Museum.

An Austrian hearse at the Northwest Carriage Museum.

Jerry Bowman took listeners on a journey to the past — to a time of horse-drawn transportation, $6 gold watches, and jeans for less than a buck — during his presentation about the Northwest Carriage Museum during History and Hops on Feb. 27.

“We have a fabulous museum,” Bowman said about the establishment in Raymond, Washington, adding it is considered the largest tourist attraction in Pacific County.

When the museum opened in 2002, they had about 21 carriages donated by a local private collector named Gary Dennis, whose grandfather founded the Dennis Company in coastal southwest Washington.

The museum’s collection has now grown to 57 carefully restored horse-drawn vehicles. Bowman, the museum curator, and his wife Laurie, the executive director, are still adding to it.

“Fifty-eight and 59 are in my shop being worked on right now,” he said.

Although its name references “carriages,” the museum includes other late 19th-century and early 20th-century horse-drawn vehicles, such as buggies, wagons and sleighs. The oldest carriage in the museum is from 1840.

For the purpose of his presentation, Bowman said, “we’re going to all step back in time.” In 1895, the average salary was about $400 per year.

“The ratio of people to horses was quite significant,” he said. “Those horses pulled a variety of types of carriages.”

Some of the other models and styles of vehicles include a C-spring Dress Landau, the Rolls Royce of its time; a Summer Coupe Brougham; a Turn-Under Seat Trap; a Stanhope by Studebaker, once the largest manufacturer of horse-drawn vehicles; a Henderson stagecoach; and a Austrian hearse, along with a town sleigh, road grader, fringe-top surrey, hansom cab, Amish road cart and Mitchell farm wagon.

A few of the vehicles have somewhat local connections, including a 19th-century mail cart that was used to deliver the post in Cornelius. For that piece, Bowman said, they did more of a conservation than a restoration, as they wanted to preserve its original appearance as much as possible.

Another horse-drawn vehicle in the museum’s collection is a Kimball town coach.

“You don’t always know the personal history of carriages,” Bowman said. “This is an exception to that.”

It is one of three coaches owned in the 1800s by Frederick Denkmann, who ran a grocery store in a small town in Illinois.

One day, the lumber mill in town went up for sale. Denkmann had a desire it but was unfortunately low on cash. His wife encouraged him to ask for an investment from her brother, a man by the name of Friedrich Weyerhäuser, or Weyerhaeuser.

Within a year, that one lumber mill became three mills, and the two men had established the Weyerhaeuser-Denkmann Lumber Company in Mississippi Valley before Weyerhäuser broke off and moved to the Pacific Northwest.

“He did pretty well for himself,” Bowman said.

In addition to the dozen of historic horse-drawn vehicles that are on display, the museum’s collection also contains a variety of artifacts and antiquities, including a Stroock blanket, coach horn, amethyst glass and period clothing. There are also an 1890s-style schoolhouse and a period wheelwright and blacksmith shop on site. The museum regularly host clubs and school groups. It is open from 10 a.m. to 4 p.m. every day, except for Thanksgiving Day and Christmas Day.