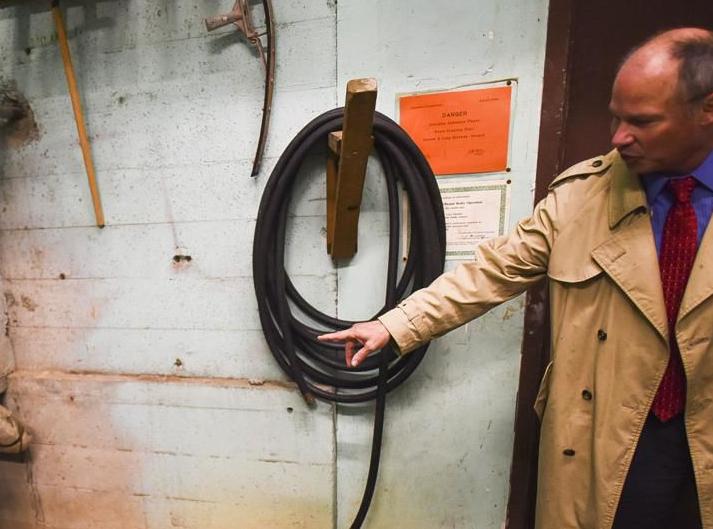 Gearhart Elementary School from the air. 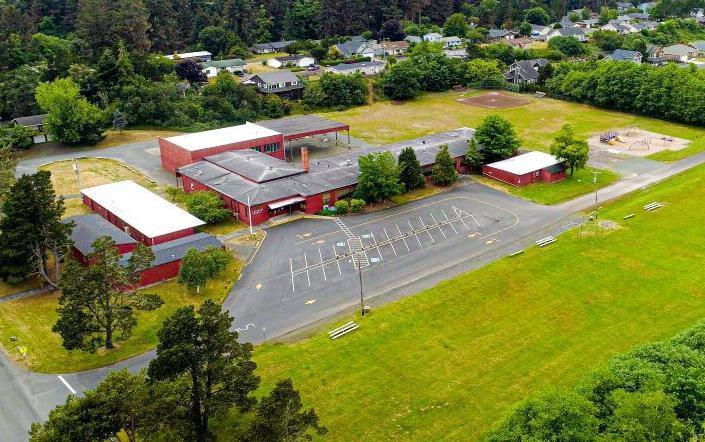 Gearhart Elementary School from the air.

Buyers are taking a hard look at the Seaside School District’s three properties — Gearhart Elementary School, Broadway Middle School and Seaside High School — each built with an expected lifespan of 45 to 50 years.

In a tour of Gearhart Elementary before the bond vote in 2016, Doug Dougherty, an advocate of a new campus and Seaside school superintendent at the time, pointed out water pipes in narrow, unlit tunnels. Maintenance workers holding flashlights needed to shimmy or crawl as far as 250 feet to locate leaks and then hammer through concrete to reach encased pipes.

Sections have not been replaced since the elementary school was built in 1949.

The three schools are each about equal in disrepair, Dougherty said, but Gearhart students have no way to evacuate to high ground.

Since that time, maintenance crews have done routine maintenance — polishing floors, painting and doing exterior work to keep pests at bay — but have not focused any major repairs in the buildings.

“We did not focus on any major repairs in any of the buildings, or any improvements or anything like that,” Chuck Loesch, the school district’s head of maintenance, said in 2017. “With an up-and-coming new school, we are just maintaining what we have.”

There has been ongoing maintenance on building systems — boiler and water heater work are the most recent, building project manager for the district Jim Henry said Friday.

“Admittedly I’m not that familiar with Gearhart Elementary School, but the ‘crumbling schools’ titles have my attention,” Henry said in reference to 2016 news stories. “Given the age of the schools and coastal location it’s not surprising. It’s not unusual for pre-bond articles — these are September and October 2016 — to highlight the worst-case scenarios to bolster voter support.”

Henry said ongoing maintenance to keep the school operational has occurred, with no replacement of major systems following the successful vote on the bond measure.

The Gearhart campus sits on 8.4 acres one block west of the intersection of U.S. Highway 101 and Pacific Way, describes Norris & Stevens, co-representing the school district, with Popkin Real Estate.

“The main building has classic large classrooms with a large central hallway featuring natural sunlight through countertop-to-ceiling glass windows,” they write. “The four outer buildings are staged around the main building for specialty classrooms.”

While real estate agents declined to comment for this article, in July, Norris & Stevens agent Raymond Duchek said he had not “zeroed in” on the market.

Duchek said he is looking to market the campus to the broadest net possible, including buyers who might be interested in using the existing structures. “We’re trying to get as many options on the table for the school district,” he said.

Since the early 2000s, Gearhart firefighters have asked the city to replace the fire house, a building constructed in 1958 considered unsafe in an earthquake or tsunami. A 2006 bond measure for a new public safety building failed at the polls.

Gearhart’s Jack Zimmerman would like to see the city reconsider the school as a possibility for the proposed Gearhart Fire Station, now targeted at what is known as the High Point site on North Marion.

“At this point in time the Gearhart school has become, in my opinion, an increasing catalyst dividing the community between the proposed fire station and the school’s future,” Zimmerman wrote in a guest column (see “Opinion: Gearhart Fire should consider elementary school location,” p. 5).

“While most of our community is keenly aware of Gearhart leadership’s well-funded efforts to build a 13,000-square-foot fire facility, many of us are perplexed,” Zimmerman wrote. “Perplexed with regards to the glaring absence of either a formal position or the void in effort to investigate our school as an alternative to the proposed fire station.”

City Administrator Chad Sweet said the city’s firehouse committee looked at the school as a potential site and knocked it off the table as an option. “It was not considered because its elevation is 17 feet — our current station is at 27 feet.”

The land is close to the aquifer, making that location susceptible to subsidence, Sweet said.

“During winter storms the area floods in part because of the small creek to the east of the property,” he said. “These are many of the same reasons the school district is moving the school out. The public would lose trust in its city officials if they put a fire station in such a location.”

Unless a school or government building were to take over the location, the property would require a zone change.

Sweet said he had been told it would cost between $500,000 and $1 million to tear the building down, the differential largely because of asbestos concerns.

If the building was occupied as is, a purchaser could continue to use it as long as they could pass building code.

“Nobody has talked to me about it, nor have they talked to planning about it,” Sweet said. “They could buy it, but they’ve got a very long road to hoe to do any changes.”

“As the property is on the market,” Henry said. “We’d prefer to have direct discussions with potential buyers about existing conditions and opportunities, letting them perform their own due diligence.”