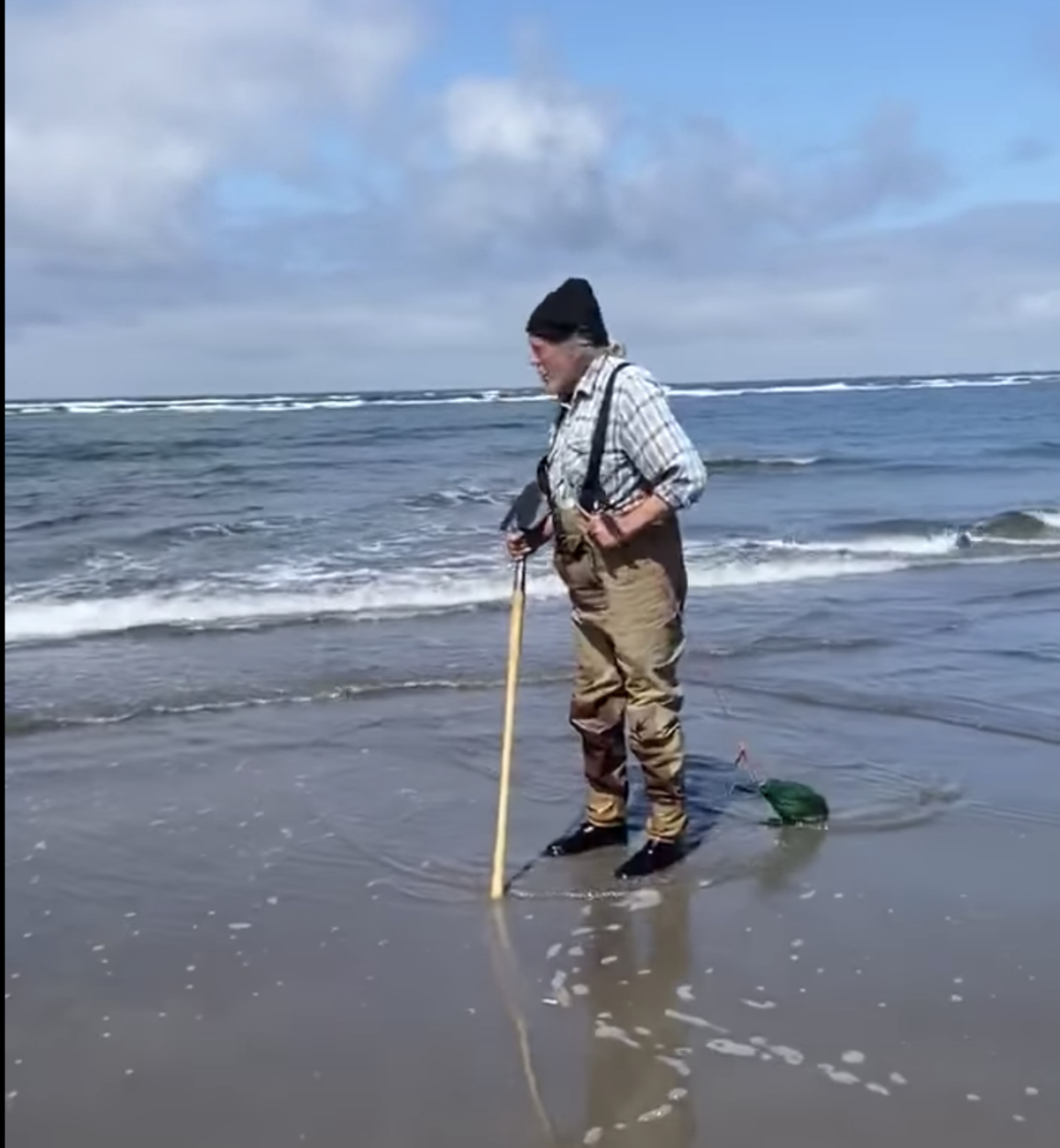 Kathleen Piner Zimmerman was walking on the beach when she stumbled across Jim Furnish. He dropped off all of his clams at her house after he reached his limit. 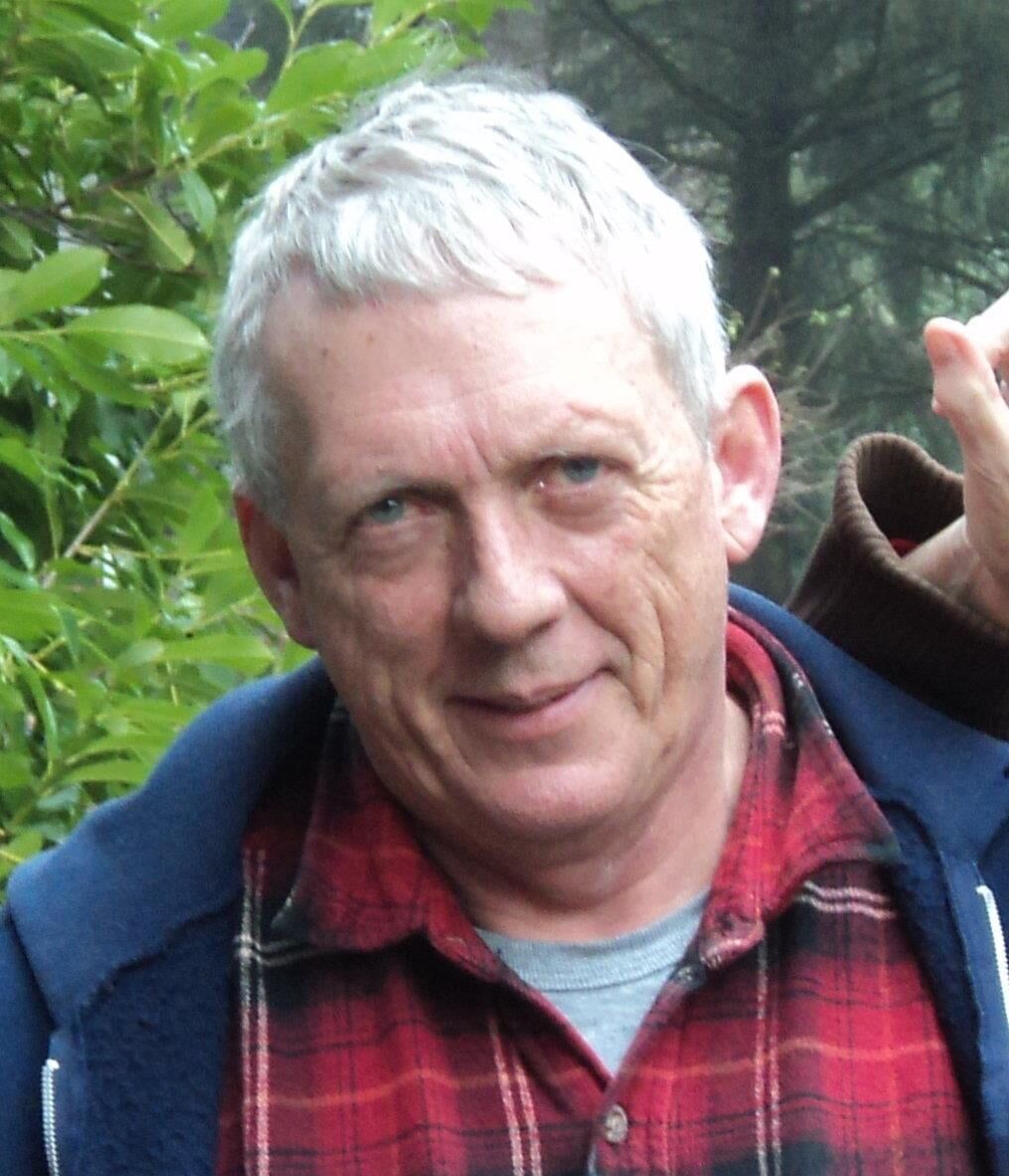 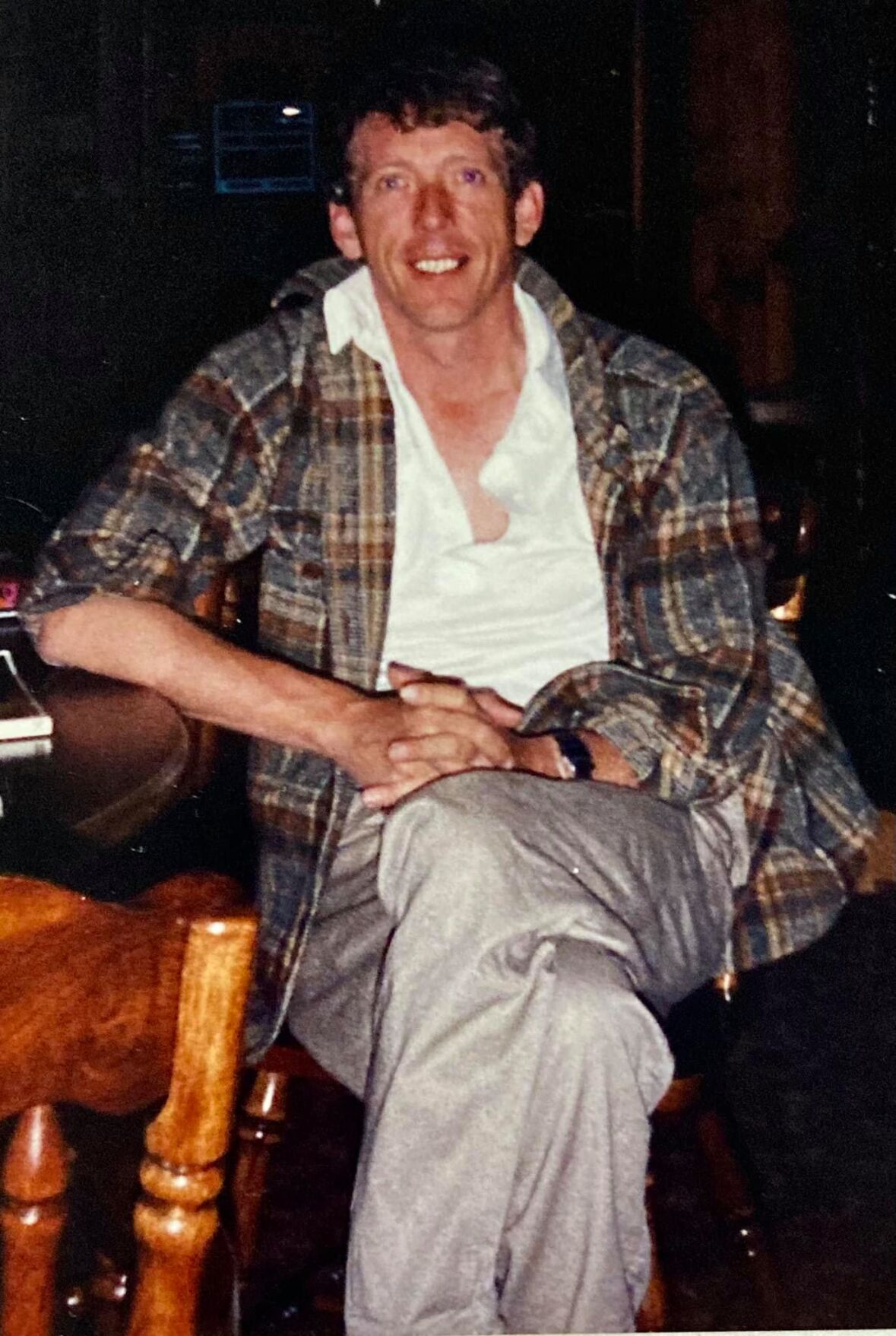 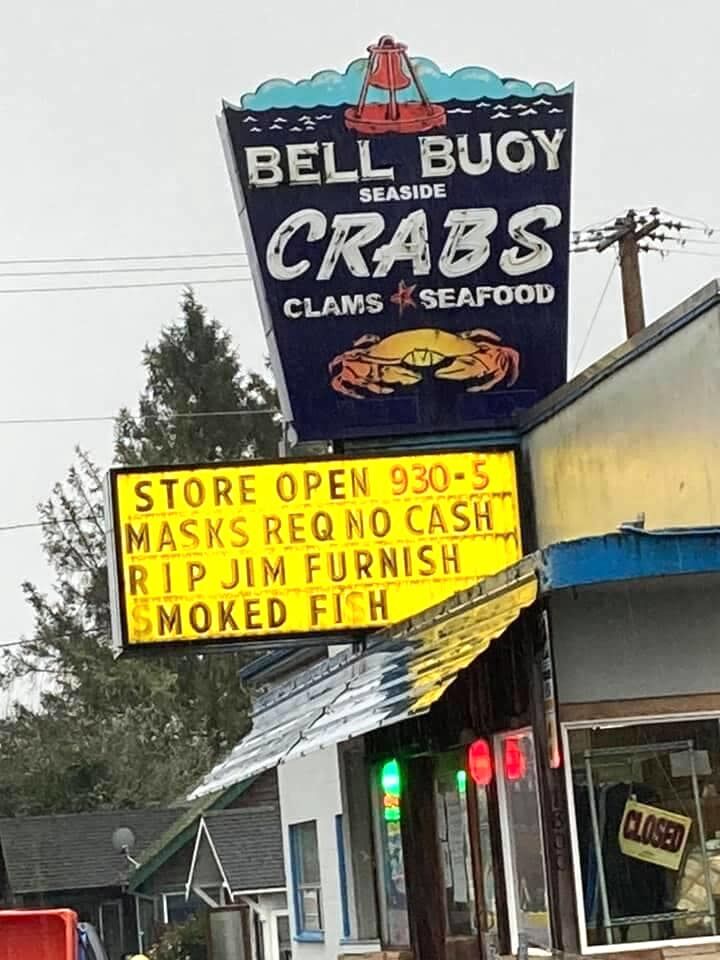 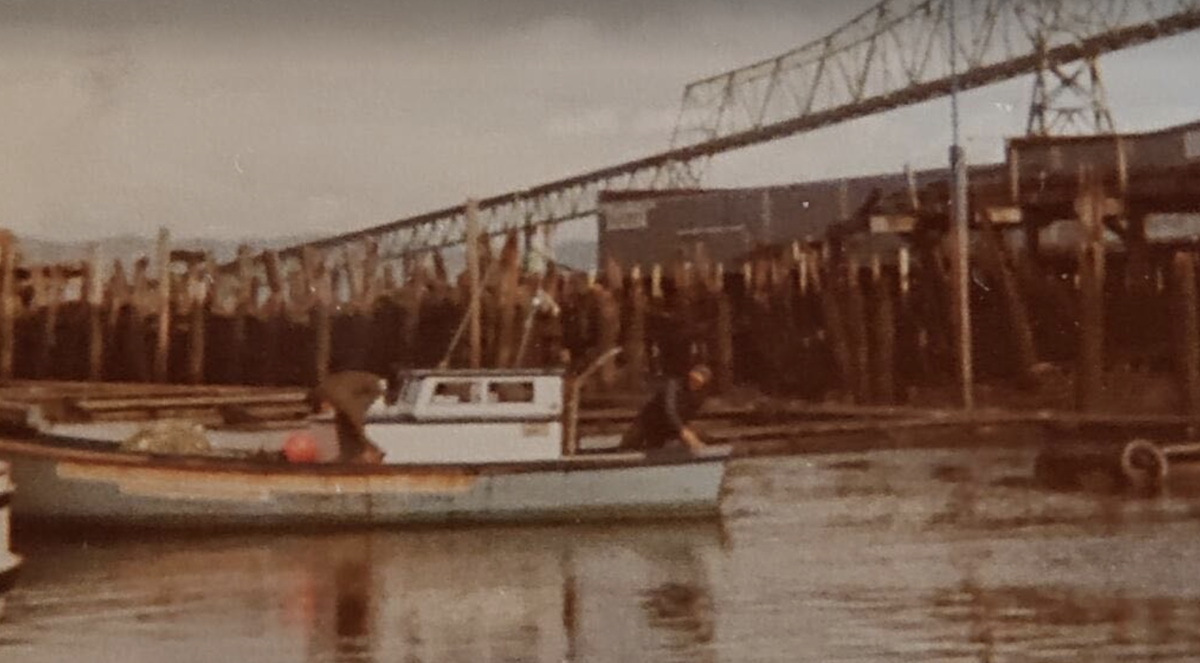 Jim Furnish on the Columbia River. 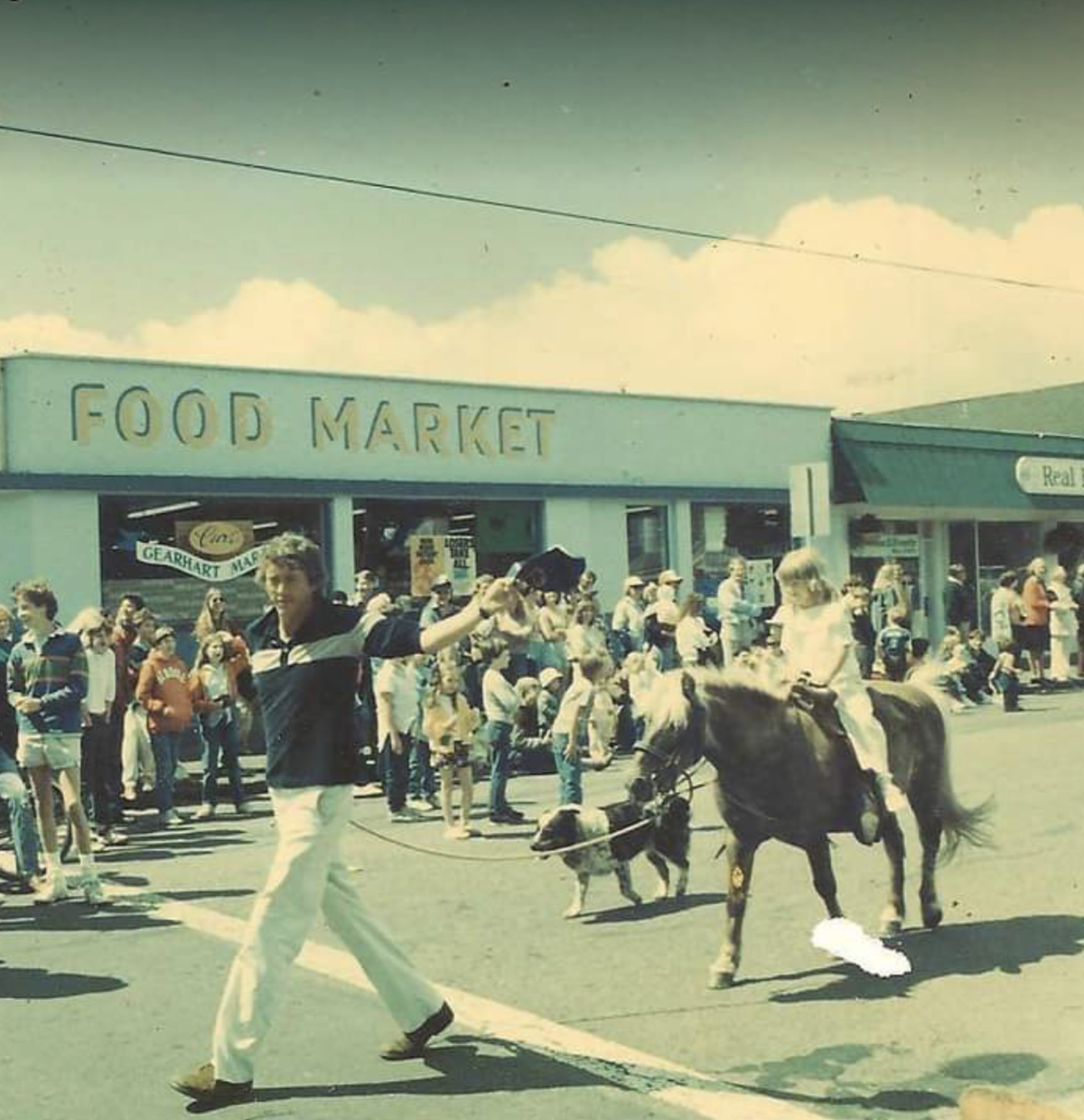 Jim Furnish at a Gearhart Fourth of July parade. Furnish’s daughter, Hylah, is riding the pony. 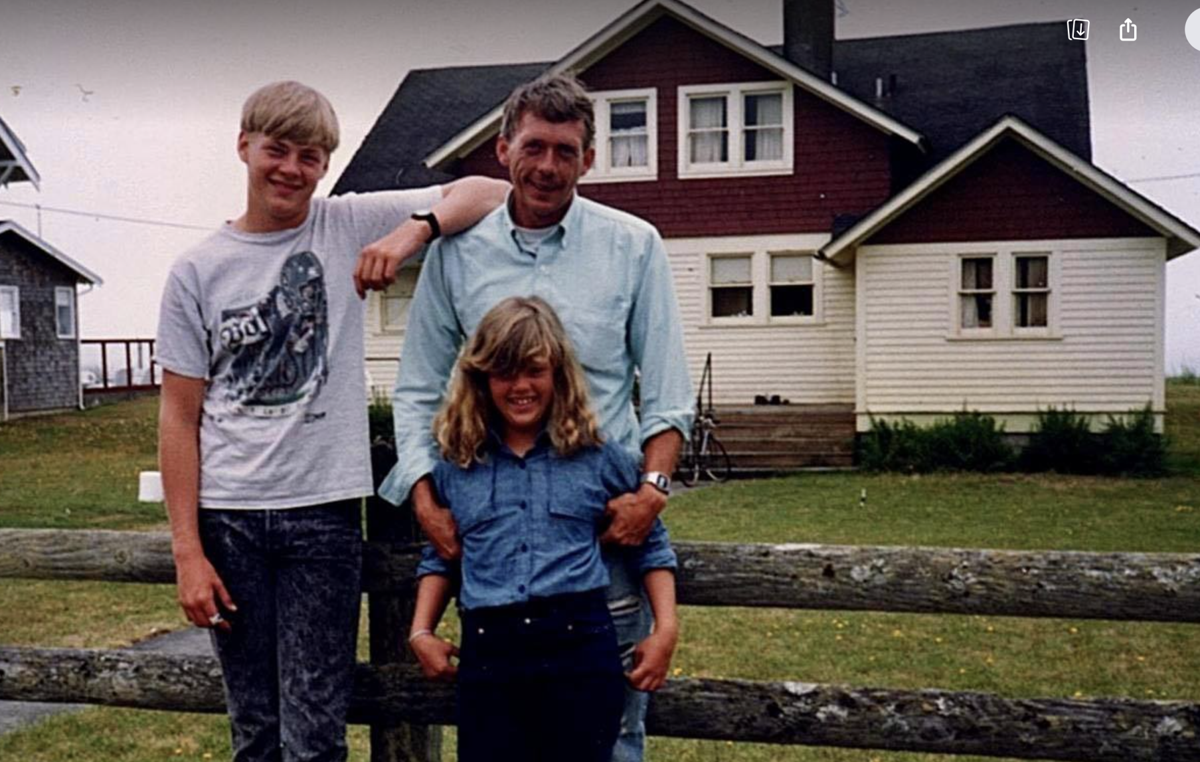 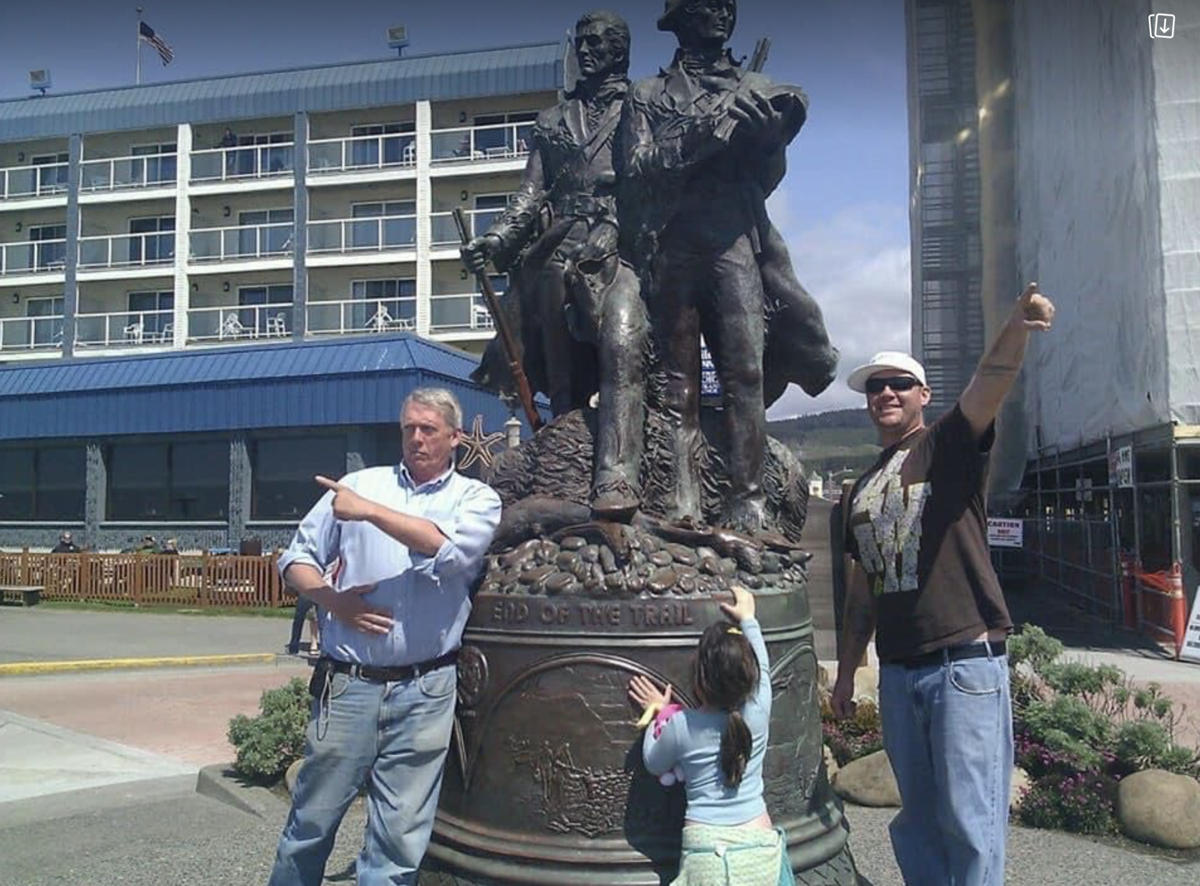 Kathleen Piner Zimmerman was walking on the beach when she stumbled across Jim Furnish. He dropped off all of his clams at her house after he reached his limit.

James “Jim” F. Furnish, 70, who lived the last years of his life as the founder of the Gearhart Facebook pages “A Million Friends of Gearhart” and the “Pacific Way Group,” died Saturday morning.

“This morning we have lost a father, brother, grandfather, and above all a friend,” his son, James, wrote in announcing his death.

His mother, Elna Furnish, was a longtime columnist for the Seaside Signal, writing “Let’s Talk Food” for decades. His father, William Wallace Furnish, a former World War II pilot, was a rancher and insurance broker. Jim Furnish was a 1968 graduate of Seaside High School.

He lived in Gearhart for most of his life and worked as a commercial fisherman, an able hand on fishing boats and a professional clam digger.

He worked as drug and alcohol counselor in Seaside for many years.

A self-described “fishmonger,” he was a familiar face at Bell Buoy of Seaside, Country Traveler Online wrote in a 2015 profile. “Behind the counter, the retired fisherman’s energy and enthusiasm for the job belies his age. One minute he is outside tidying up the parking lot, the next minute he’s bringing someone a taste of something new at the little eating bar by the window and then he’s popped back behind the counter helping and joking with a customer he hasn’t seen for a while.”

Furnish was a man of many talents and a wealth of local and other knowledge, Jay Pitman of Clatsop County Sons of Beaches said. “He was a member whom I’ll never forget, a great outdoorsman with respect to our commercial and sportsman culture of the fishing industry. He will be greatly missed on our beach therapy sessions.”

Furnish was an encyclopedia of information about the North Coast, with a knowledge of the characters of days gone by.

As an inveterate beachcomber, he was often featured in The Astorian for his tsunami debris finds, like the large upside down boat dock with writing on the tires in Japanese from Japan’s March 2011 tsunami or the very large U.S. Coast Guard navigation buoy he found on a Gearhart beach. He could discuss at length Rimas Meleshyus, the wayward sailor who only knew how to drift, the long history of Terrible Tilly or “Batman” actor Adam West’s summers in Gearhart.

Furnish dedicated his online social media pages to fond memories of Gearhart days gone by as well as pointed dialogues on city policy and personalities.

The private group Million Friends of Gearhart, created in 2011, now has 1,500 members.

“Can’t help to think about the founder of this site and how he has been the voice of truth in Gearhart,” wrote Kathleen Piner Zimmerman on the Million Friends of Gearhart page. “Love him or hate him he is a voice of reason, common sense and love for ‘keeping Gearhart, Gearhart.’”

Like others in numerous tributes online, Zimmerman described Furnish as “the best Gearhart historian I know and a true icon in the community and not afraid to stand up for what he thinks is the right thing.”

The Pacific Way Group, started by Furnish in 2019, took over conversations considered too political for the Million Friends of Gearhart page. It now has 241 members. The page has become a heated repository for discussions of all topics relating to Gearhart, often no holds barred.

Jack Zimmerman, a co-administrator, said Furnish was very private during his last few years and determined to keep his health challenges from interfering with his Facebook efforts.

He said Furnish’s social media presence was driven by his ability to critique city government, which kept him from running for office.

He was a good friend to all, lifelong Gearhart resident Helen Dawson-Leach said. “He loved Gearhart as all of us old-timers do. He stood up to the powers that be for the town he loved.”

Furnish fought cancer for the past decade, according to a fundraising site organized by his friend Stewart Schultz, and went through surgeries and several bouts of chemotherapy and radiation, including a botched surgery that required a lengthy and painful recovery.

A year and a half ago, Furnish was diagnosed as cancer-free and in good health, Schultz wrote. His symptoms returned in November.

After two weeks in a Portland hospital, he was diagnosed with new metastatic cancers in his liver and pelvic bone.

“He would give whatever he had to help people even though he didn’t have much,” his son said.

“I remember setting up his Yahoo email account in 1998, not realizing I helped create the greatest internet scourge the world would ever know.

“He loved, laughed and lived a life too complex for one person to detail. I don’t know what the afterlife holds, but I know the greatest Clatsop County clam digger is now a part of the whole.”