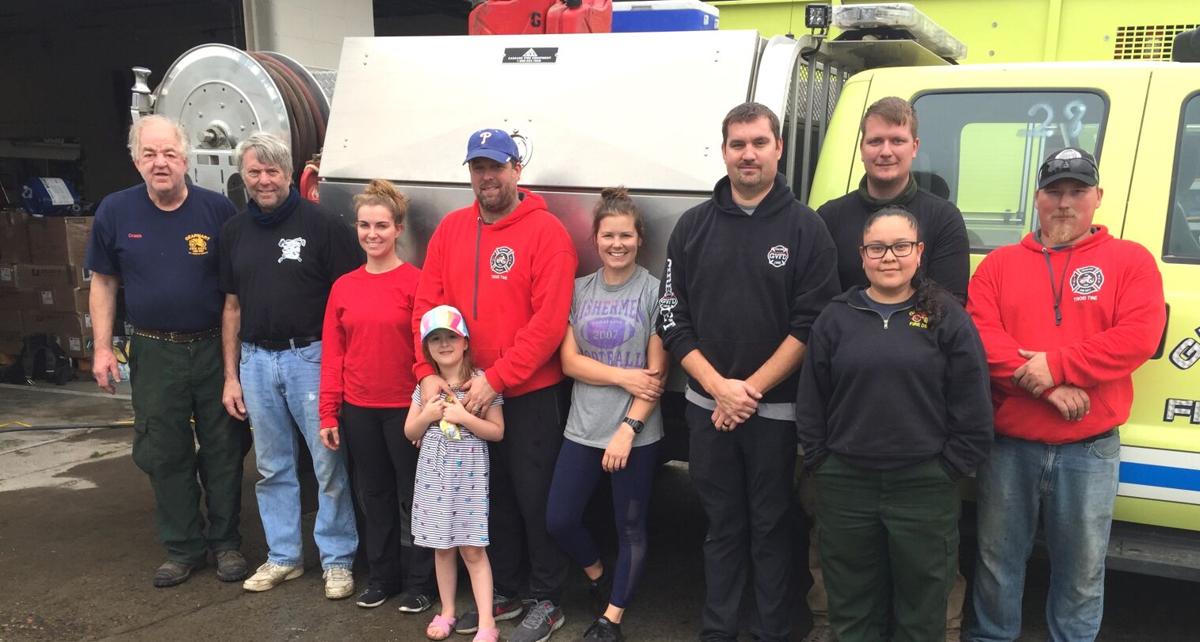 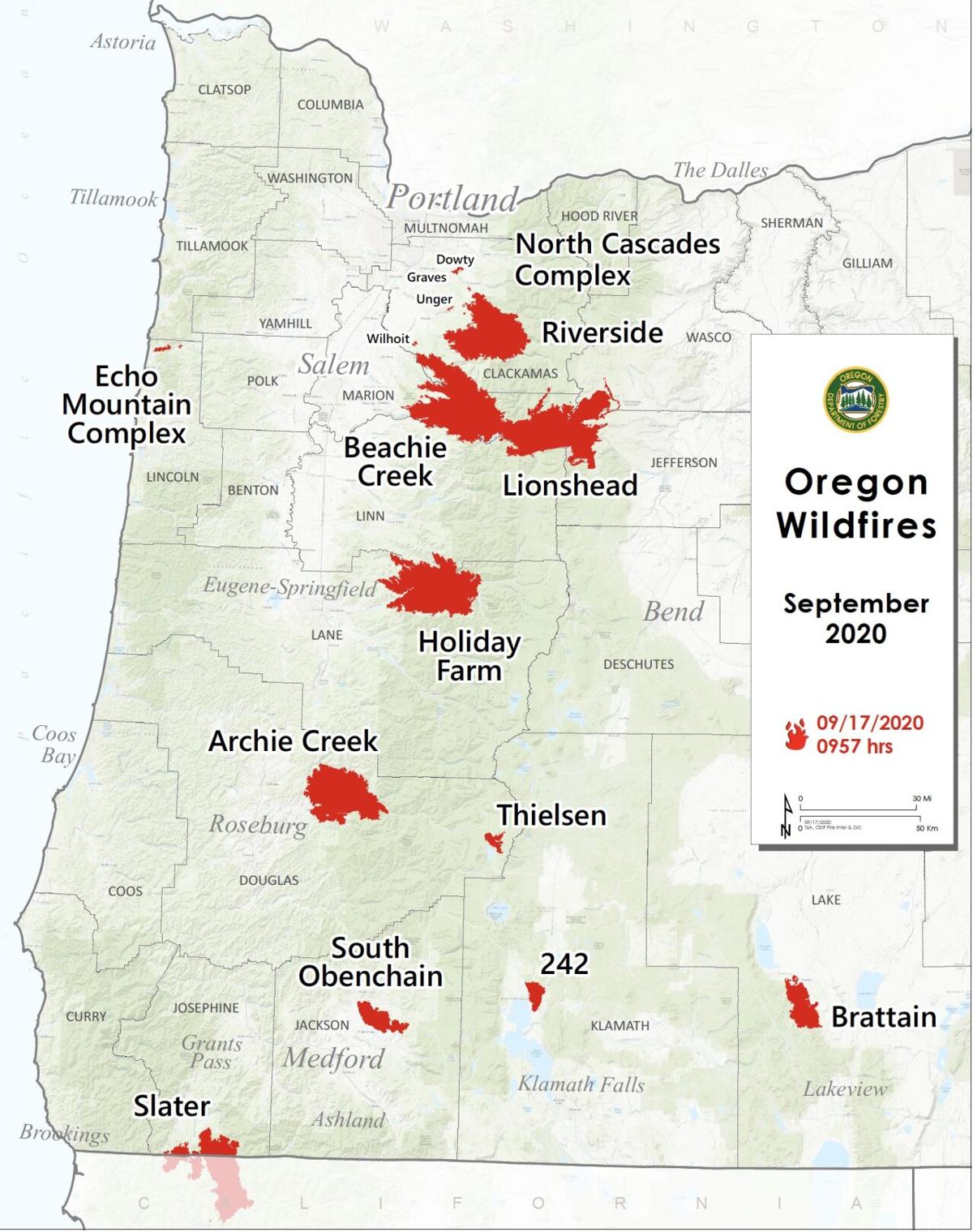 “I want to thank everyone again for sending apparatus out and also covering the county,” Joey Daniels, Seaside fire and Clatsop County defense board chief, said.

A water tender from Warrenton and an engine from Seaside remain in Lane County, Daniels added, both possibly coming home this weekend.

In Gearhart, balloons outside the Pacific Way fire station celebrated the return of three trucks and personnel from the Powerline fire by Hagg Lake and the Riverside fire near Estacada. Chief Bill Eddy and firefighters worked outside cleaning and getting equipment ready to return to service.

Among them, firefighter Josh Lair described his team’s experience at the Beachie Creek fire.

“We were there the day after it exploded,” Lair said. “We were one of the first task forces on scene and we got to do some pretty heavy work. The first couple of days we saw was a lot of devastation. A lot of fire. A lot of people lost homes. We were put on some rescue operations to clear trees so they could get out. It was a pretty intense experience.”

Along with Lair, Angels Vargas, James Hutchinson and Stephanie Jaworski were among Gearhart firefighters joining efforts at the Powerline and Riverside fires, providing structural protection and containment.

“We were working around the clock for a while,” Vargas said.

Air was smoky and visibility limited, Hutchinson said, especially early in the morning or late in the day.

“With the weather, it had potential to change,” he said.

Fire marshals determined at what point containment was met or when the area was determined to be “cold” — without hot spots or the potential to reignite.

The local communities “treated us super well,” Jaworski said. “They were receptive to us being there and thankful that we were there. They were constantly asking us if we were hungry. Everyone was giving us water, hot meals. We really, really appreciated it.”

“It’s very humbling to see how people come together in these situations, how the communities that are impacted came to us and were thankful to us,” Lair said. “It was a really neat thing to see how everybody rallied together in common cause.”