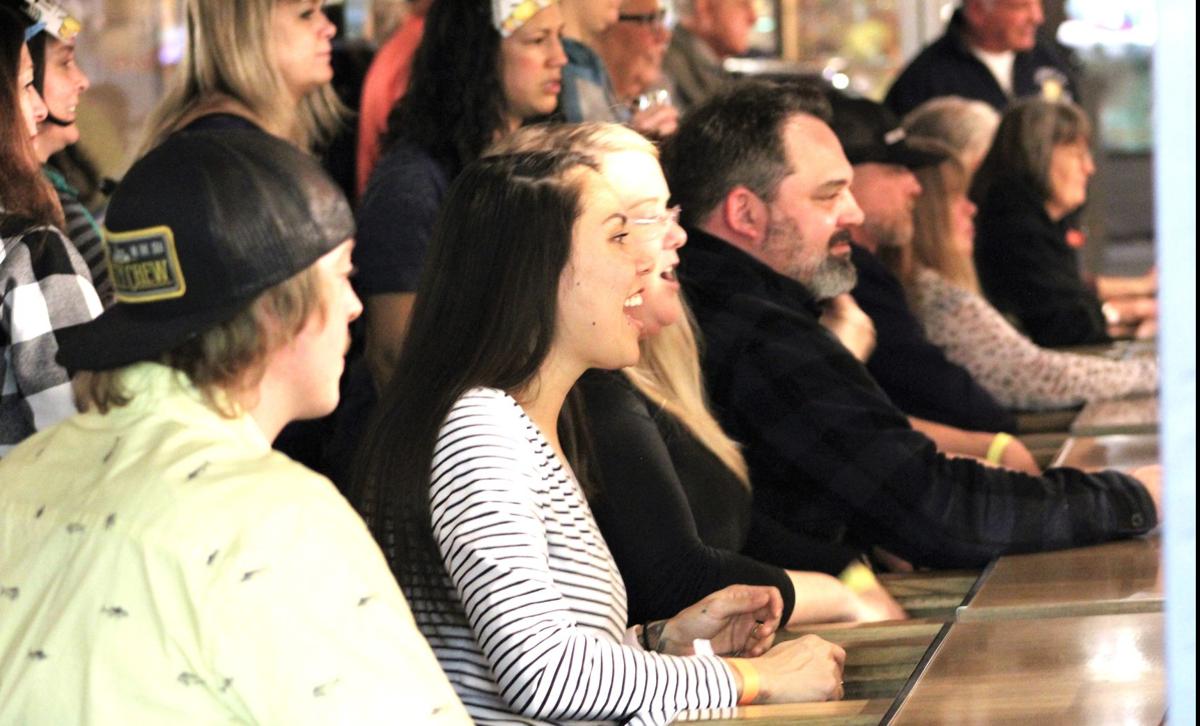 About 130 people participated in the fourth annual Fascination Tournament on Feb. 5 at Funland Arcade downtown. 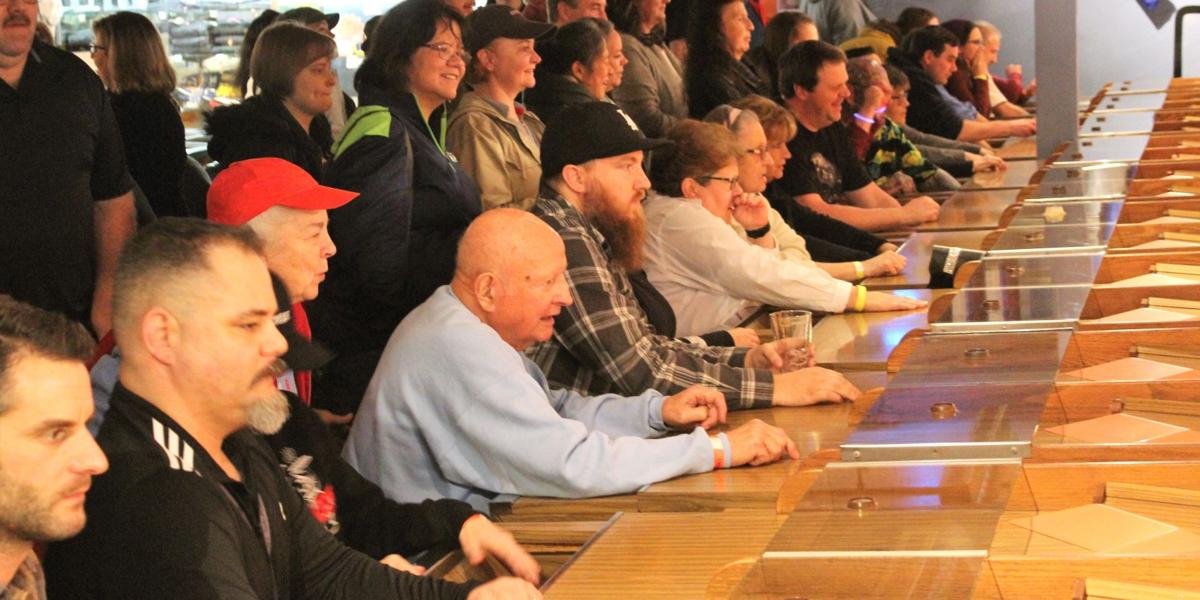 The fundraiser, which raises money for various phases of the Bob Chisholm Community Center’s renovation, included a pizza dinner, the Fascination competition and raffles.

About 130 people participated in the fourth annual Fascination Tournament on Feb. 5 at Funland Arcade downtown.

The fundraiser, which raises money for various phases of the Bob Chisholm Community Center’s renovation, included a pizza dinner, the Fascination competition and raffles.

Of all the fundraisers for community causes hosted by local organizations, the annual Fascination Tournament to benefit the Bob Chisholm Community Center is one of the loudest.

That’s to be expected when more than 30 teams with four members apiece participate in a fast-paced competition to see who comes out ahead while playing a century-old arcade game that relies primarily on luck.

As the same teams seem to consistently rank near the top in the annual tournament, which took place this year Feb. 5 at Funland Arcade, there may be some technique that aids their success, Sunset Empire Park and Recreation District marketing manager Darren Gooch said.

“What it is, I have not figured out,” he said, adding he’s jokingly “threatened” to make a diagram of the Fascination tables at the arcade to see if any are more inclined toward success.

The fundraiser was established four years ago, led by Piper O’Brien, who has been on the Community Center Commission for more than three decades, and Marla Olstedt, who used to work with the company that owned Funland and Fultano’s Pizza. Along with other commission members, they developed and implemented the idea of turning the arcade game Fascination into a tournament. The arcade donates the space and staff for serving a pizza dinner and helping run the tournament.

“Funland and Fultano’s are amazing partners in this,” Gooch said.

At this year’s fundraiser, two teams fought for the win during a sudden-death overtime, with Dawn Fujiwara-Pavlik’s team beating Carnegie Weise’s team to come out on top.

The event raised nearly $4,000 to go toward Phase II renovation projects at the community center, which was built in the 1950s and is currently owned by the city of Seaside and managed by the recreation district. The center is named after Bob Chisholm, a former public works employee and firefighter who died trying to save a drowning victim.

The community center renovation has been an ongoing project for several years. After extensive fundraising, the Main Hall underwent a $326,000 refresh project from the fall of 2018 to March 2019. The renovation addressed the room’s acoustics with the addition of engineered wall coverings, while also encompassing new flooring, paint, LED lighting and roller-shades on the windows.

In the next few weeks, a donor tree, by Clatskanie artist Jeremy Furnish, will be finished and installed. The tree, sculpted from black walnut, will include metal branches and copper leaves engraved with donors’ names.

Looking ahead to Phase II of the refresh, “a lot of things are on the table,” Gooch said. “We’re trying to narrow it down and create a project that fits into a little smaller monetary range than the original Phase I.”

For Phase I, the commission raised more than $50,000, while the city contributed additional funds as “they want to see this center thrive,” Gooch said.

For Phase II, commission members want to keep costs below $100,000.

Some ideas mulled by the commission include remodeling the bathrooms, installing new carpet, or touching up the exterior. They also are considering ways to tie design elements from the main hall into the other half.

High Life Adventures, which is adding a new location in Seaside, offered to donate a live-edge wood slab to replace the serving counter in the main hall.

“That’s a theme I think I’d like to see move throughout the rest of the building,” Gooch said.

The center is used for community activities, special events, parties and programming, especially for seniors.

Gooch estimates that since the main hall refresh, they’ve seen about five to 10 more rentals for the building than usual, with the hope rentals will continue increasing. What is more noticeable at this point, he said, is the reaction from potential renters when they visit the space.

In the past, staff got comments from prospective renters along the lines of, “We can probably do something with this,” especially in light of affordable rental fees, Gooch said.

Those haven’t increased, he added, “but now reactions tend toward, ‘Wow, this is really nice.’ It’s much easier for them to see how their wedding would look or their event would look when they walk into that space.”