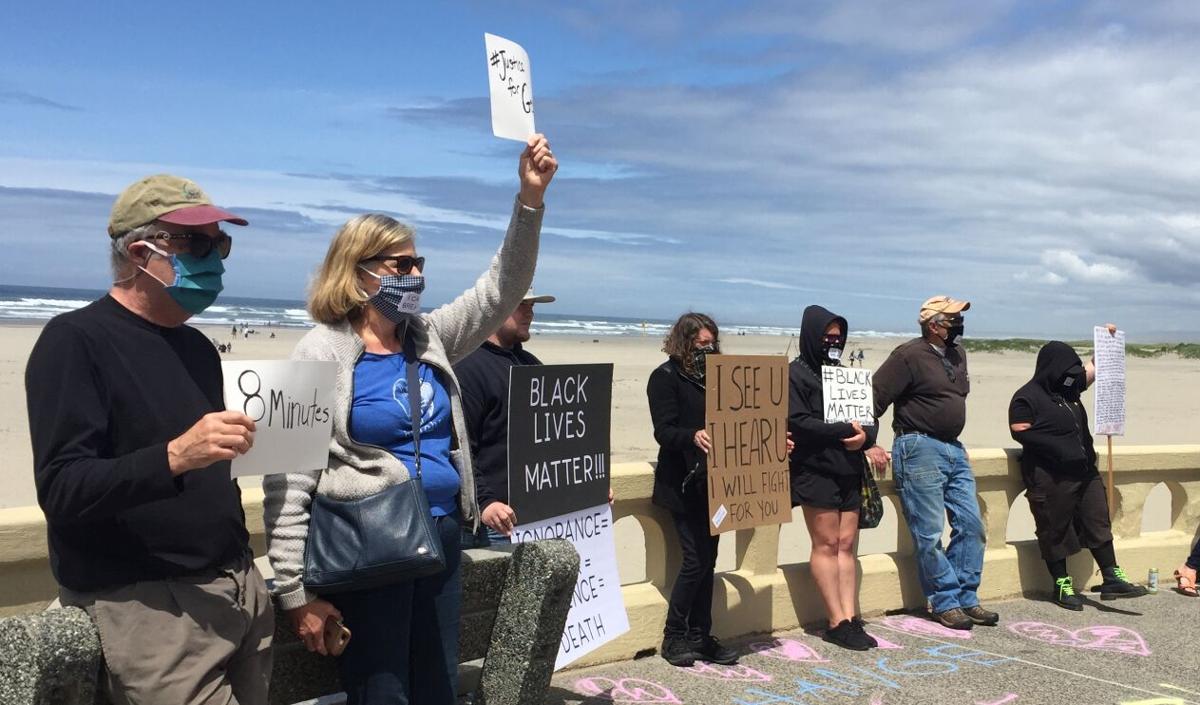 Protesters at the Turnaround honor the memory of George Floyd. 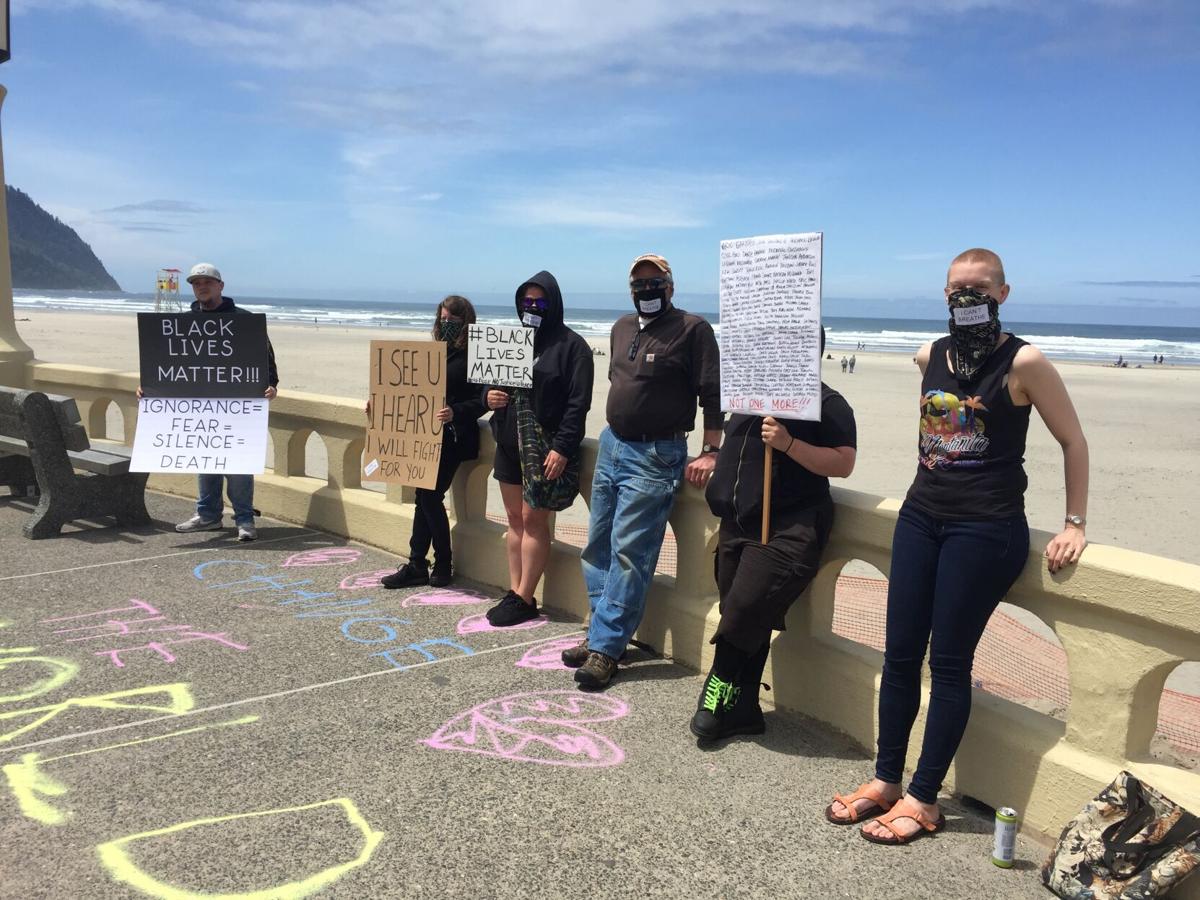 Group gathered in Seaside Thursday to honor the memory of George Floyd.

Protesters at the Turnaround honor the memory of George Floyd.

Group gathered in Seaside Thursday to honor the memory of George Floyd.

About a dozen people carrying “Black Lives Matter” and “Justice for George” signs observed eight minutes and 46 seconds of silence at Seaside’s Turnaround on June 4.

As protests spread throughout the county in the aftermath of the in-custody killing of George Floyd by a Minneapolis police officer on May 25, demonstrators in Seaside showed their support for victims of police violence and demanded change.

Judy, who declined to give her last name, said she put the word out on Facebook early this week to gather at the Turnaround to support the Black Lives Matter cause. “After meeting Wednesday, we collectively decided we’ll be here every day until demands are met.”

On June 1, more than 60 organizations associated with the Black Lives Matter movement released a series of policy demands, including free access to higher education, reparations for injustice and an end to capital punishment.

“I grew up seeing the injustices of the world done by the government, done by human beings in general,” he said. “And it’s wrong. This has been going on long enough. It’s time to take a stand.”

Richmond said it was especially important for the North Coast to welcome all visitors.

“Seaside, Warrenton and Astoria are small communities,” Richmond said. “We have a lot of tourists who come here, a lot of black people and people of other ethnicities. I want to show them we support them. We’re on your side and we’re not going to watch you be treated wrong.”

While there was no police presence at the Turnaround on June 4, Seaside Police Chief Dave Ham said he and officers are aware of the ongoing protests.

“Yesterday I observed five to six people at the Turnaround with signs, waving at people passing by. I observed nothing but a friendly peaceful atmosphere from the participants and those who were in the area enjoying the beach and Promenade.”

“For me, I came because I want to be part of the eight minutes of silence,” she said. “Eight minutes 45 seconds was the time George Floyd was under the knee of the officer that arrested him.”

“The brotherhood of the cops has to be broken,” Ottem said. “It’s nationwide. It doesn’t matter if it’s city cop, county cop, or state cop — it’s the same m.o.”

Dawn, a visitor from Scottsdale, Arizona, shared a different point of view.

She said the protesters were being manipulated by a “political left-wing agenda.”

“I know they mean well,” she continued, “but I think they’re being led by people with an agenda and I don’t think they realize that.”

Despite occasional dissent, response had been “overwhelming positive,” a protester named Donna said.

“As white people, we’re privileged and we’re the people who can speak up without the danger of other people and other ethnicities,” she said. “It’s our job do to this. Everybody’s human and they deserve to be treated as humans.”

The group plans to return, Judy said. “We’re going to be here every day from 12 to 2 for the duration until the leaders of that movement tell us this public action is no longer needed.”

I would like the city council to set aside a area like the the Seaside police station parking area ,where people can protest police brutality . I don't see how having the turnaround to use as a platform. This is where visitors go to enjoy and take pictures and are greeted by these protesters who just take up space that families can utilize . If police situation is so bad let city council clean it up so protesters can leave. These protesters are confrontational and I would have them at least get a permit and have police presence there when they are present. I think Seaside can doing a great job and have not heard anything to the contrary . So if anything people should be proud of their Seaside police department and let these protesters know it .

Judy, it looks like you're gonna be spending a LONG time out on there. While some of the demands are reasonable, even those will take months, if not years and decades to achieve.