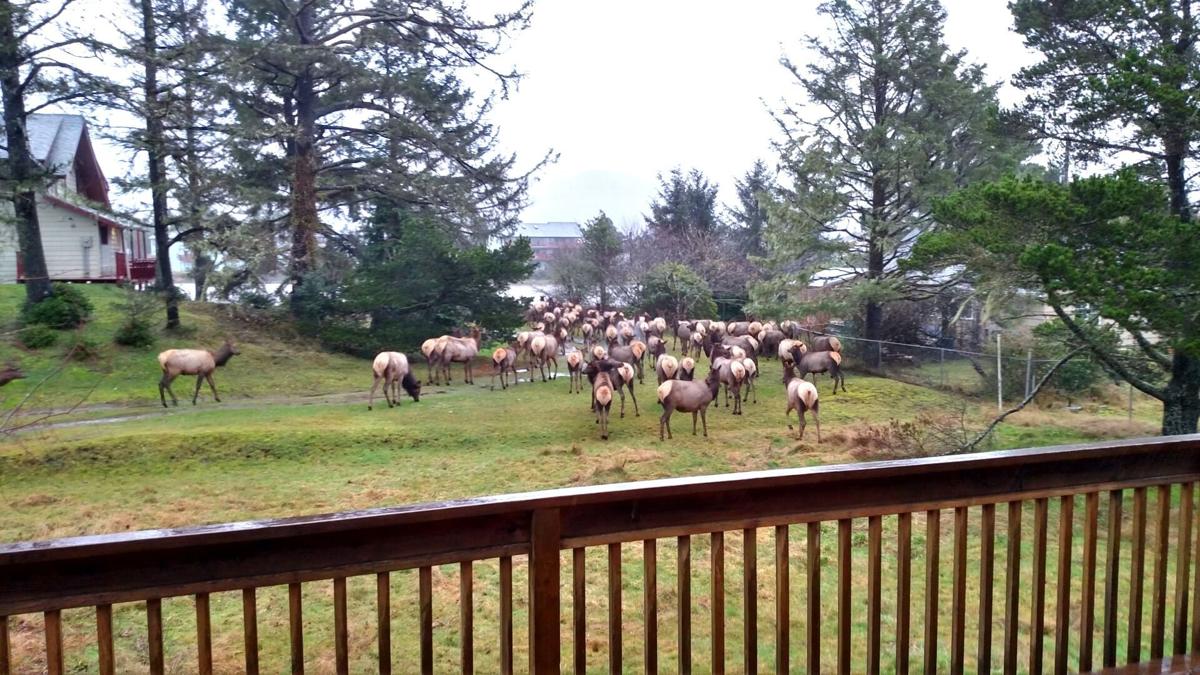 Elk off the back deck of a 14th Avenue home driven across the estuary after heavy rains. 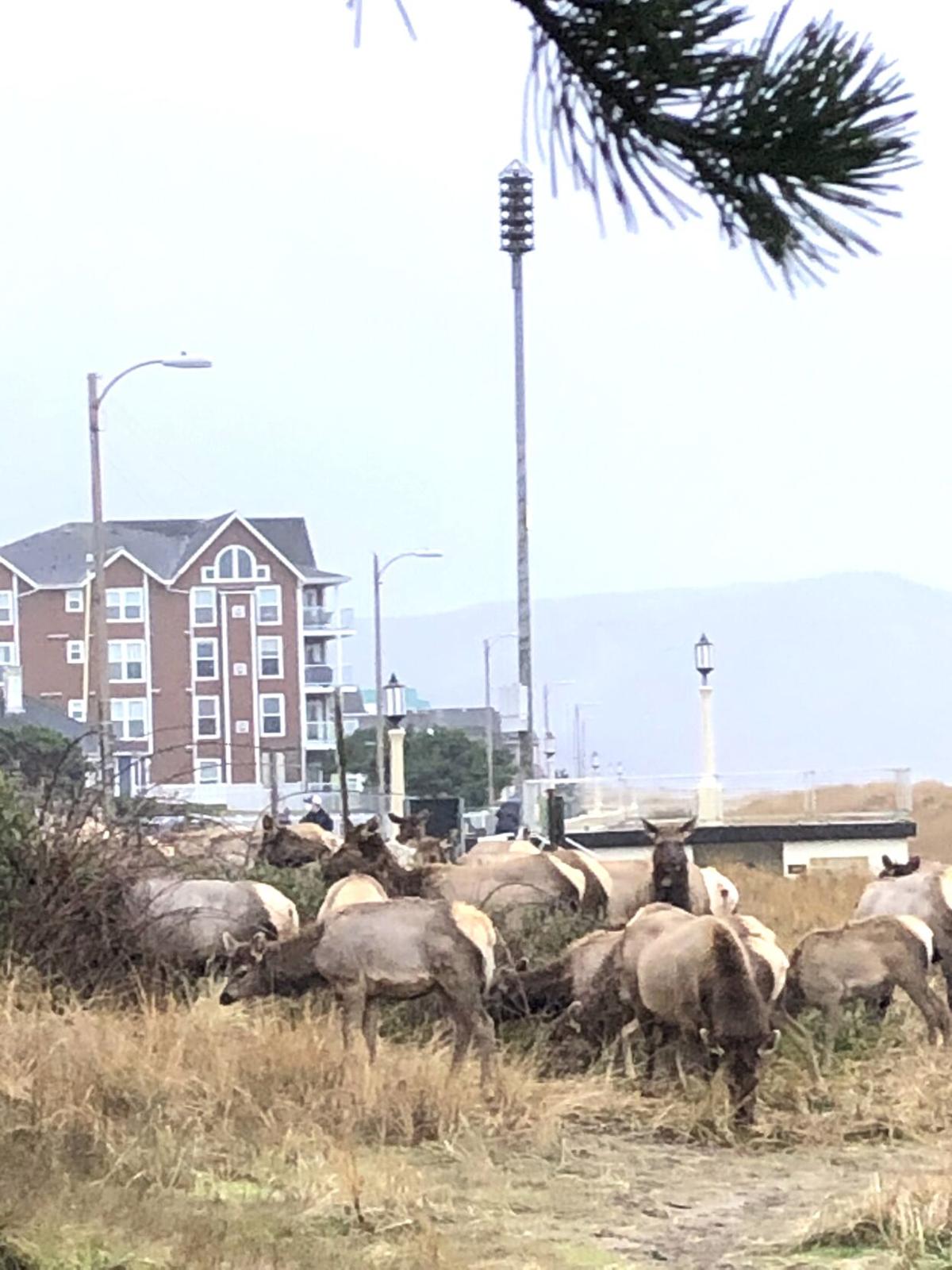 Elk scrambling from the estuary into Seaside after storms. 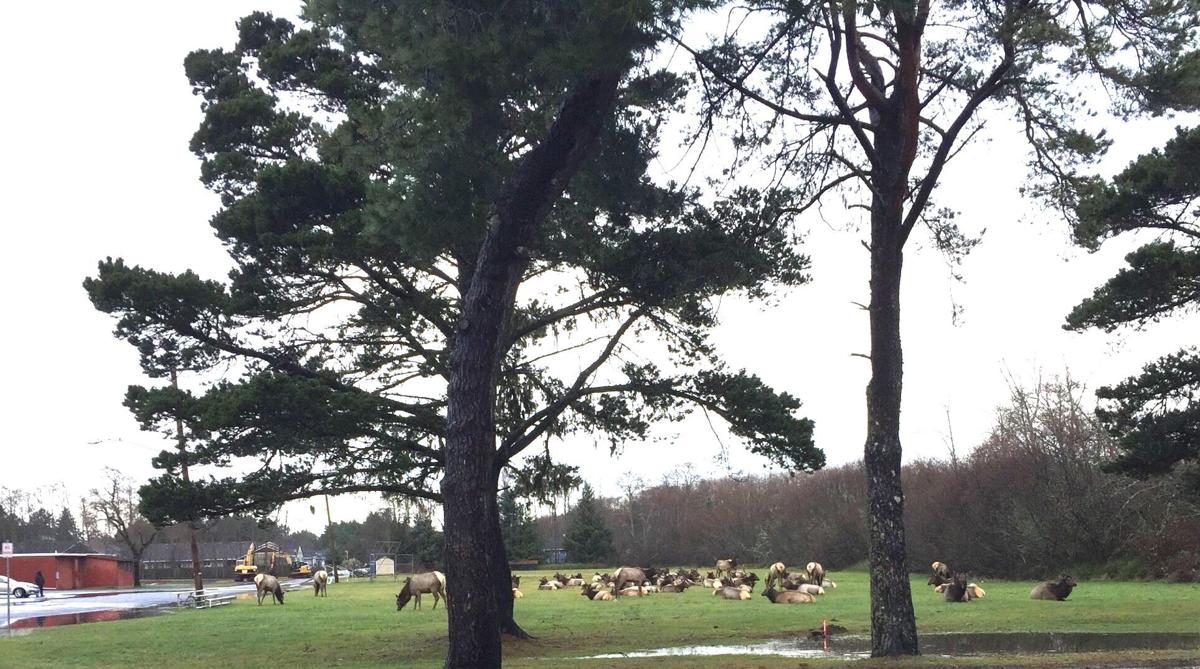 Elk off the back deck of a 14th Avenue home driven across the estuary after heavy rains.

Elk scrambling from the estuary into Seaside after storms.

Gearhart moved a step closer on a plan to reduce the local elk population. The plan relies on hunting outside city limits to stem the birth rate of elk calves.

“You’re going to start seeing very quickly a situation in which you are going to have very few, if any, options left to be able to start to bring down the herd to a manageable level,” Padilla said. “That’s precisely why culling, although a tough decision, has been put forward and is strongly, strongly recommended.”

The elk population in Clatsop County is exponentially higher than a decade ago, said Paul Atwood, a biologist with the Oregon Department of Fish and Wildlife.

Growth is expected to be substantial in the years ahead.

No one tool will serve as a magic bullet to solve the problem, Padilla said.

To be effective, a culling strategy needs to be used in conjunction with no feeding laws, hazing, fencing, increased hunting opportunities, better road signs and rumble strips in strategic areas, he wrote in an executive summary delivered to City Councilors.

Educational programs, wildlife corridors, elk behavior modification plans and land use tools would also be utilized to increase and preserve land for elk.

There is no precise number that can be predetermined that will mark “success” or “mission accomplished,” Atwood said. “To eliminate an entire group is not feasible.”

A culling plan would provide details on best methods and locations for culling outside of the city limits.

“It’s a very tight space, very urban,” Padilla said. “There are probably not many, if any, areas for culling within the city limits of Gearhart.”

An initial number to be culled can only be reached after Gearhart passes a resolution authorizing culling to take place and a permit sought from the department of fish and wildlife.

All meat would be donated to local food banks.

Project team members aim for approval of a declaration of cooperation among partners for the end of February, Padilla said.

“You will likely see broad community engagement about the new plan is one of the first things that happens after the DoC has been signed,” Padilla said.

“All of the factors pointed out during the work session are important for the public to hear,” she said. “Particularly the rich food source the urban setting provides for the Gearhart elk herd and safety factors when living near in their midst, how to keep humans and elk at safe distances from one another, and the coordinated approach we will need to take to manage the shared environment going forward.”

"To be effective, a culling strategy needs to be used in conjunction with no feeding laws, hazing, fencing, increased hunting opportunities, better road signs and rumble strips in strategic areas"

I'm not sure about the last one, rumble strips. I assume that's to slow traffic down - although it seems that while "hunting-by-bumper" is a lot less efficient than a .30-06 it would perform some culling...