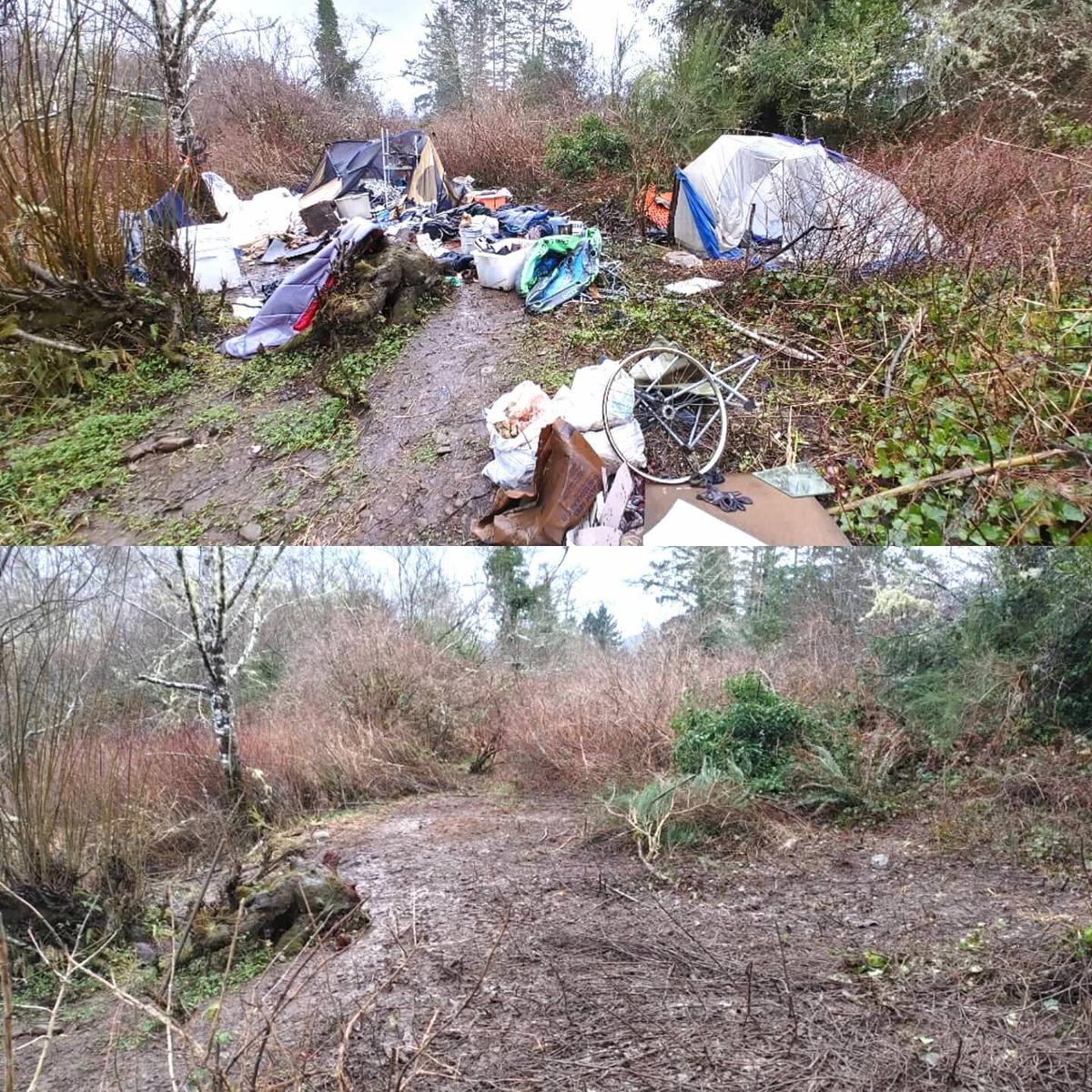 Top, site littered with garbage before last Saturday’s cleanup at the Mill Ponds, and below, afterward. 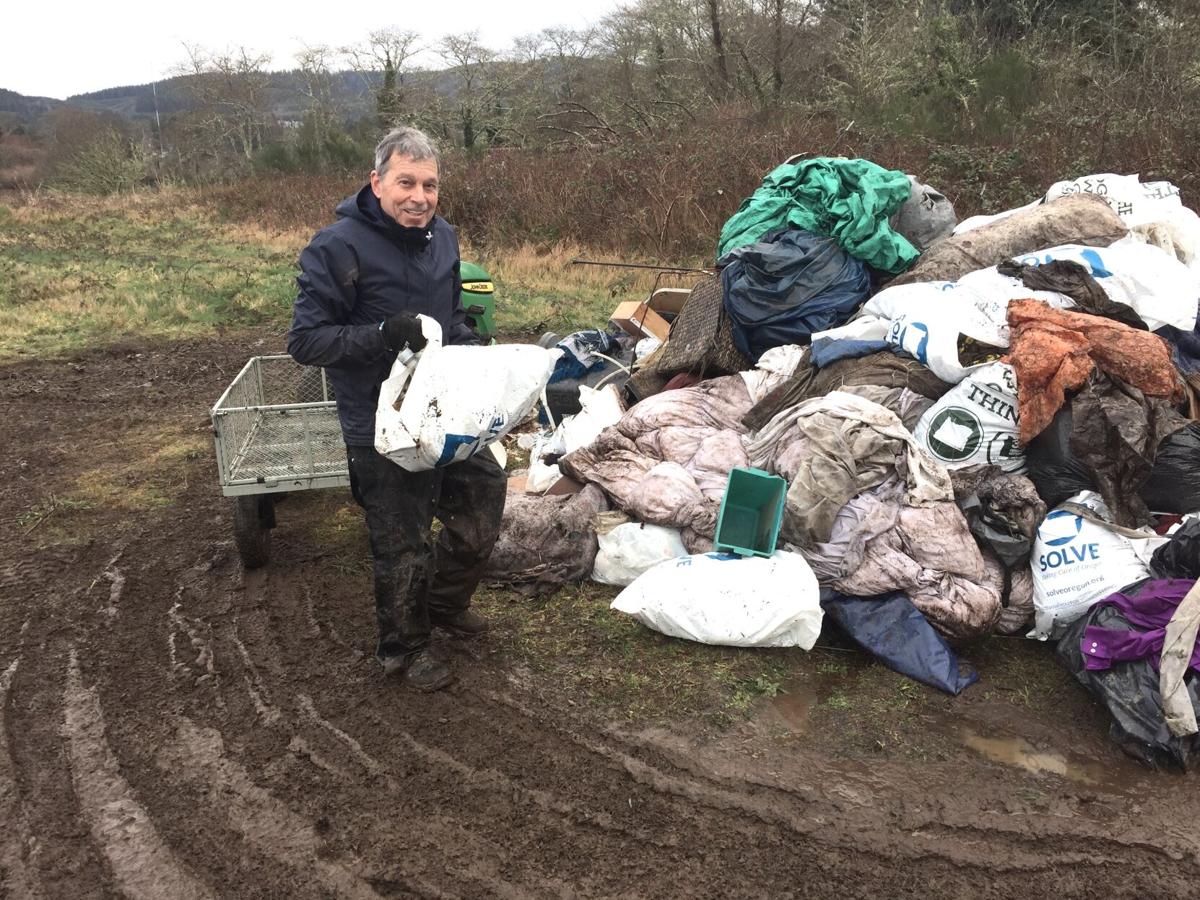 Bill Montero was among volunteers at the Mill Ponds cleanup.

Cleanups at the Mill Ponds in Seaside continued through last weekend as volunteers braved extended rain, and muddy, rutted trails to pick up trash from makeshift encampments.

The cleanups began over a year ago to clean up the Mill Ponds, the 26.5-acre park which goes from the Mill Pond to Neawanna Point.

Bill Montero was among volunteers at the Mill Ponds cleanup.

Chandler began distributing free trash bags late last year to those living in the woods and provided a drop-off location for pickup.

“It’s nice because I’m finally getting through to a lot of these people,” he said. “They’re starting to police themselves better, they’re starting to clean up their spots. It’s exciting. A lot of them are starting to appreciate what we’re doing. Just having the ability to come to a fresh clean spot, it’s way safer for them to come and start their camp and not have to worry about feces, garbage and glass.”

Another cleanup is planned this weekend and Chandler hopes to make them regular and more frequent.

He said he sees the cleanups as an ongoing process, at least until housing alternatives can be found for those living in the woods.

“Right now, allowing them to be out here and to avoid and evade treatment is causing a lot of others issues I can’t really resolve,” Chandler said.