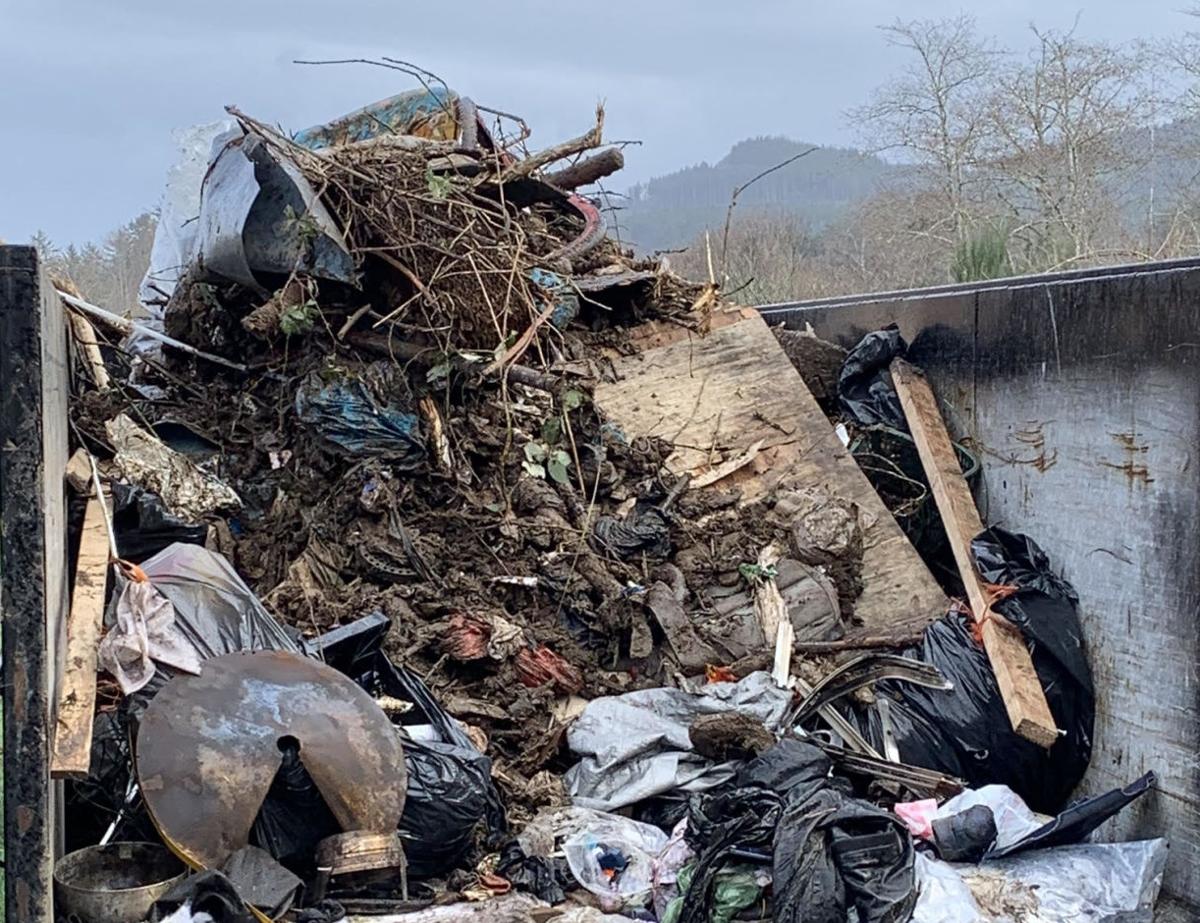 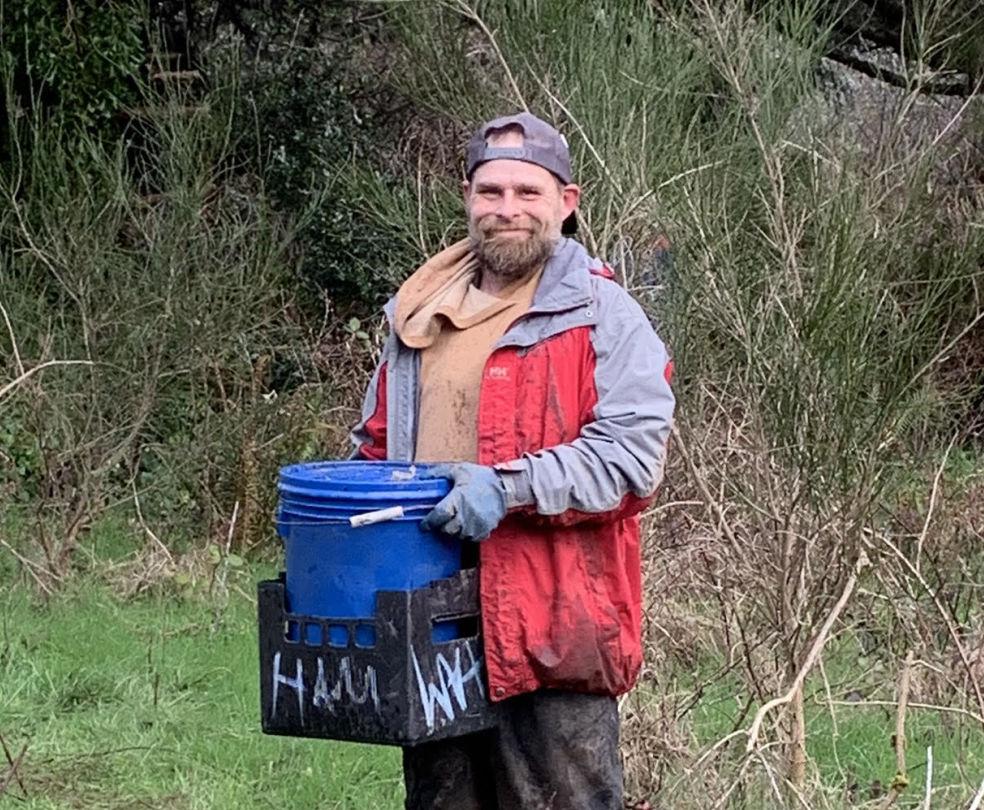 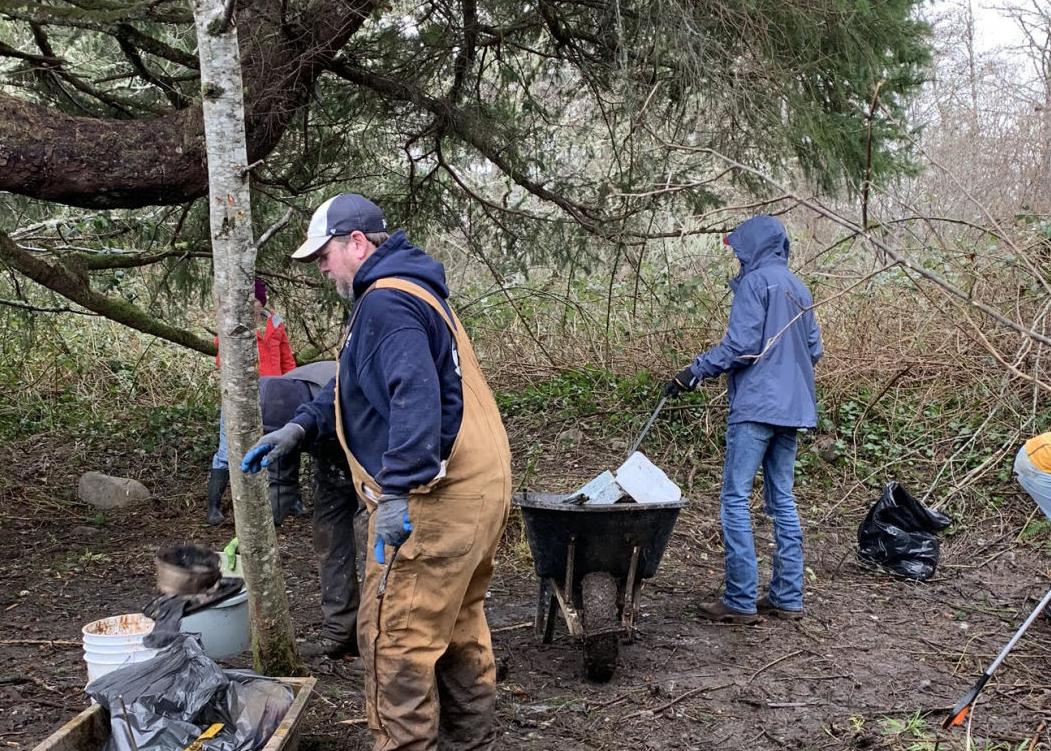 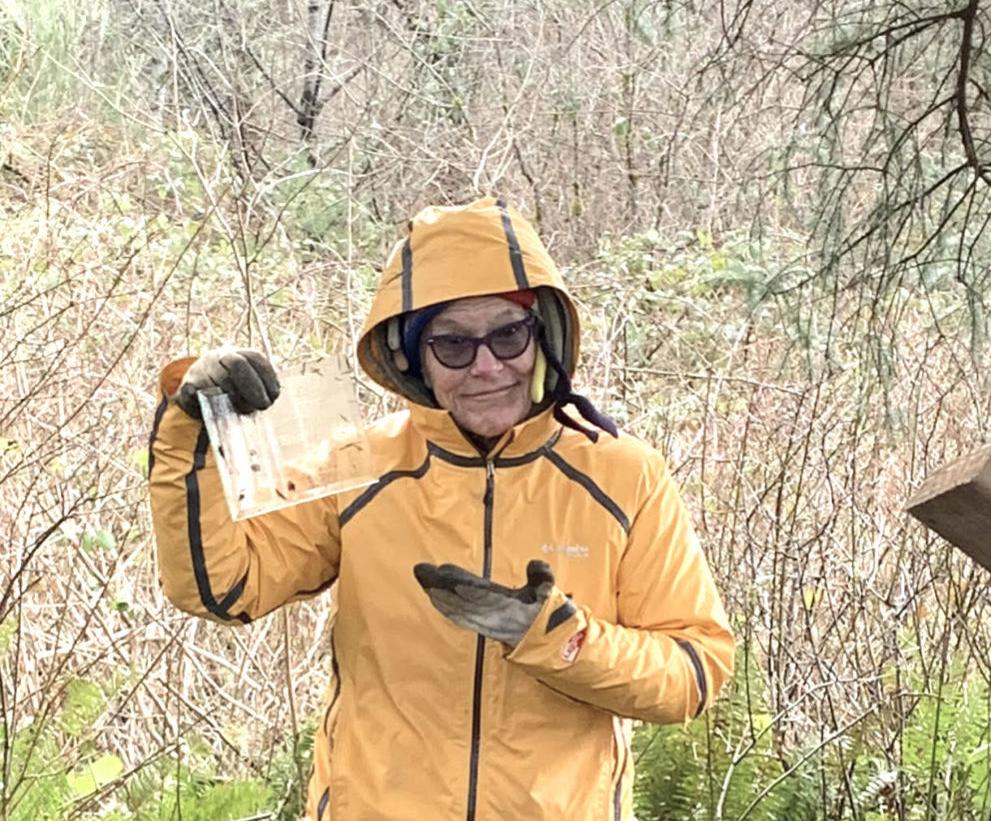 Mary Blake makes a find in the Mill Ponds. She was among more than 30 volunteers to collect garbage at the cleanup. 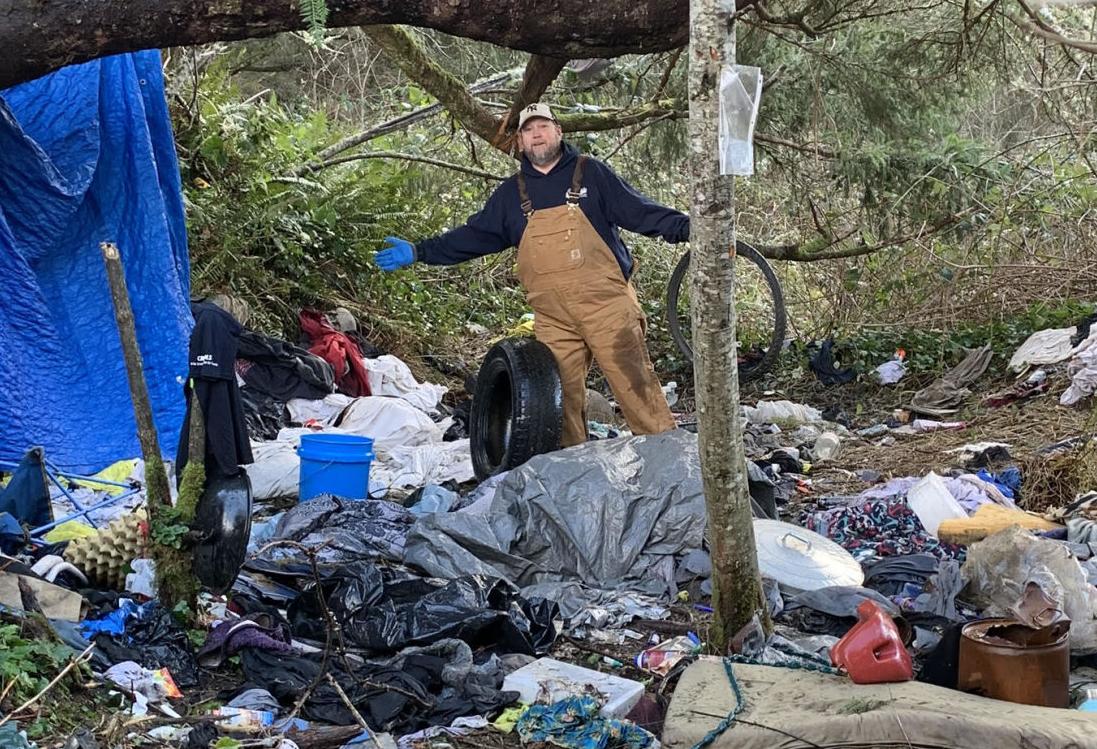 Mary Blake makes a find in the Mill Ponds. She was among more than 30 volunteers to collect garbage at the cleanup.

Volunteers descended upon Mill Ponds in Seaside on Saturday, Feb. 8, inspired by the efforts of 37-year-old commercial fisherman Jesse Anderson to clean up the local habitat.

“I cannot say it enough,” Anderson said on Facebook Saturday. “How thankful I am for the community support and the volunteers that risk their health and injury to be a part of this cleanup.”

Anderson said 32 volunteers collected tires, more than 20 bikes, 30 rims and tires from bikes, a two-gallon bucket of batteries and 500 needles with 50 yards picked by hand and an estimated 500 to 800 picked up by machines in one site deemed unsafe.

Anderson launched the Seaside Community Cleanup in late January after walking his dog near the Tillamook Boat Launch on the Necanicum River south of the city when he found used hypodermic needles littered amidst piles of trash.

In days to come, Anderson worked through high winds and storms to collect up to 12 yards of garbage a day.

Anderson’s efforts drew the attention of others, including Brady Chandler of the local Facebook group Rolling Fortress, a community which prides itself in building all-in-one contained campers and caring for the environment.

Together, Anderson, Chandler, the city and volunteers focused on the Mill Ponds, the 26.5-acre park which goes from the Mill Pond to Neawanna Point at the north end of Seaside.

Chandler said Rolling Fortress will address other cleanups needed in the area. “All Clatsop County is our goal for now,” Chandler said. “We will use our resources to schedule and coordinate volunteers wherever they are needed.”

“If Jesse or anyone else needs help, we would gladly help,” McDowell added.