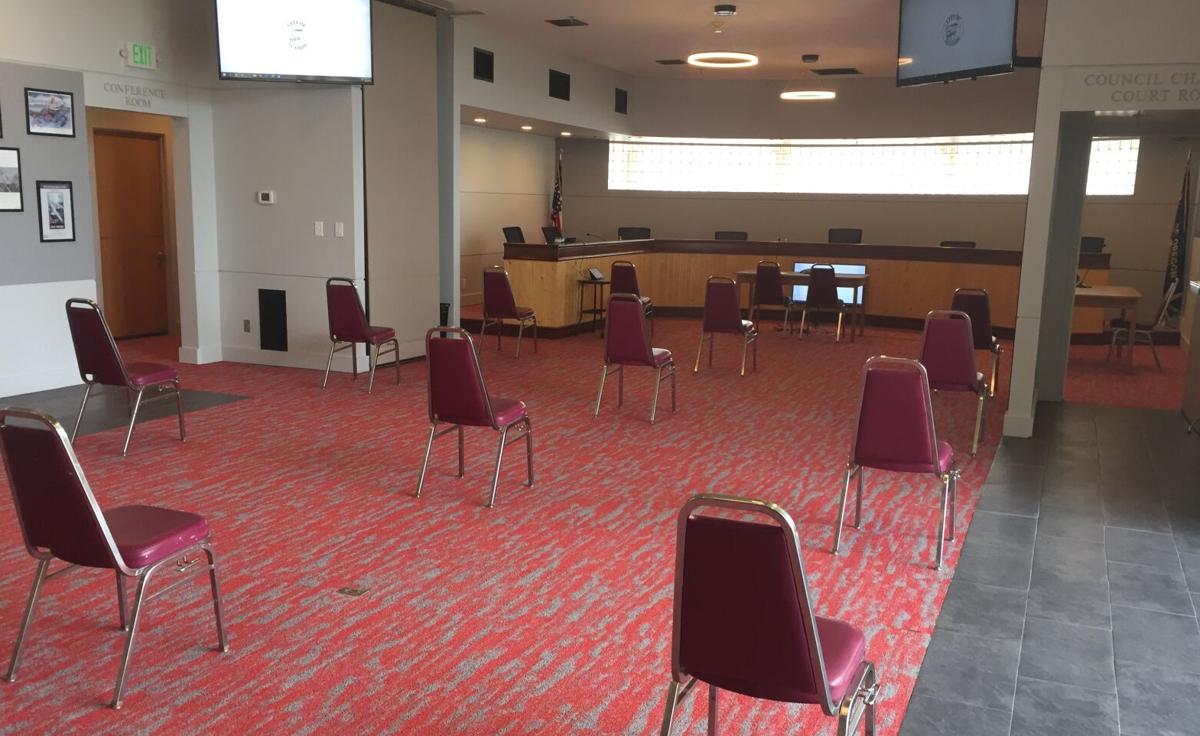 City Hall reopened after an interior paint job and upgrades. 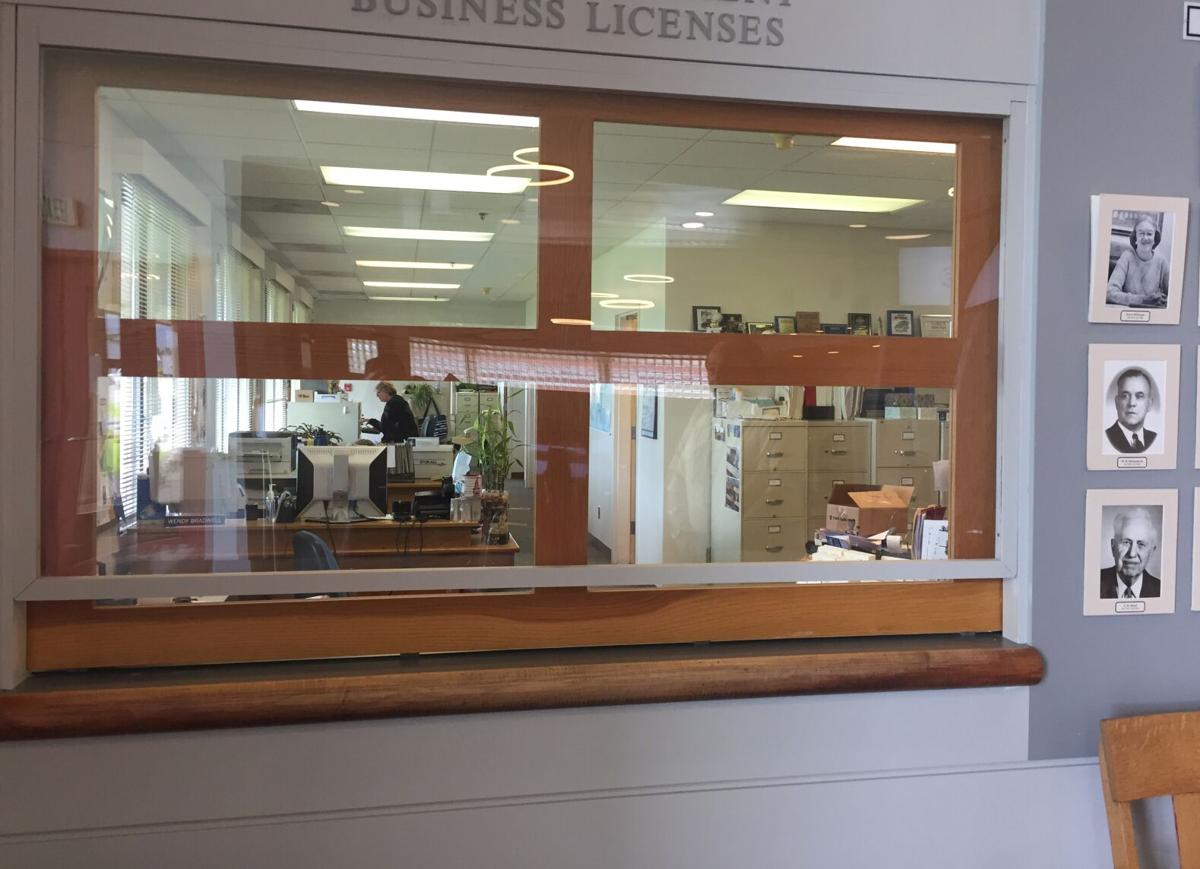 A new window at City Hall aims to limit the spread of the coronavirus.

City Hall reopened after an interior paint job and upgrades.

A new window at City Hall aims to limit the spread of the coronavirus.

As City Hall ends its 30th year at 989 Broadway, public works staff provided a sneak peek of its new tile and paint job. The building reopened on Monday after a two-and-a-half month closure because of the coronavirus pandemic.

A year ago, the building received new lighting, carpet and tables, among other improvements led by the city’s Department of Public Works. Technology upgrades followed, with the addition of fiber optic cable and video monitors throughout the chambers.

Public Works Director Dale McDowell provided a brief tour of the latest upgrades, including new black floor tiles, lighting and a paint job throughout. “Sneeze guards” — window dividers between the offices and lobbies — were also added as a health safety measure.

The current building took over from the original City Hall, built in 1914 at the corner of Broadway and North Roosevelt — today’s home of the Seaside Brewing Co.

City Hall work comes at the conclusion of the state’s phase one reopening. During the city’s closure, the public works department finished work downtown, renovated the docks at Quatat Park and sealed cracks on asphalt paving throughout town.

As city buildings open, so are public meetings. The City Council unanimously adopted a measure to bring back live board, commission and committee meetings in June, with social distancing measures in place.

More work is ahead at City Hall, McDowell said. “After we get done, we’ll paint the main doors black. This is the site of the old train station. The black would represent the old train depot.”