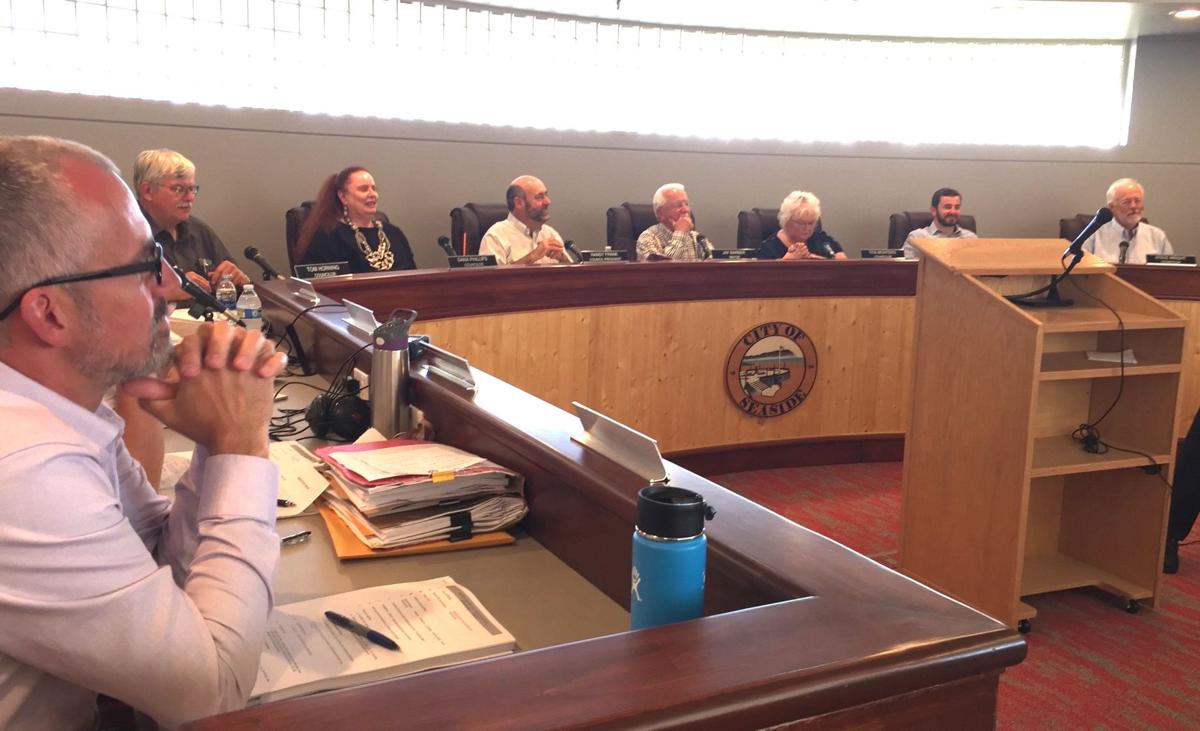 Seaside City Council met in the remodeled chambers at the first June meeting.

Seaside City Council met in the remodeled chambers at the first June meeting.

Seaside City Hall turns 30 soon, and city officials opened the doors to the Wednesday, Sept. 18, morning meeting of the Chamber of Commerce.

Assistant City Manager Jon Rahl provided a brief history of the hall as he showed off the room, recently the recipient of extensive upgrades.

The current building took over from the original City Hall, built in 1914 at the corner of Broadway and North Roosevelt — today’s home of Seaside Brewing Co.

In April, the building received new lighting, carpet, and tables, among other improvements led by the city’s Department of Public Works. By May 23, the chambers were reopened.

Technology upgrades are in progress, with the DSL service to be replaced by fiber optic cable. An 82-inch video monitor and additional video screens will be added later this year,

‘We’ll be able to do a lot more with sound and video, hopefully really enhancing meetings, making it easier to present,” Rahl said.

New equipment will be in place by November.

Work on the building’s foyer will follow, with a new carpet, tile and light fixtures.