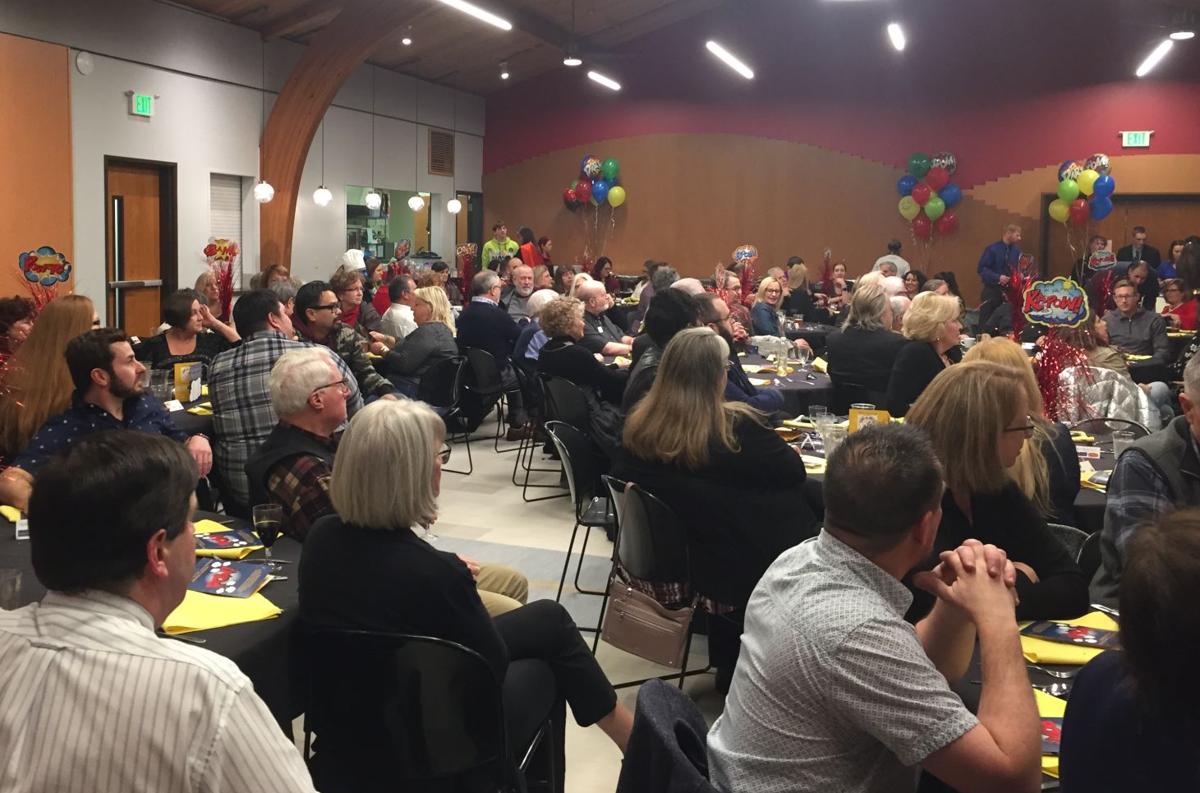 The audience at the Jan. 16 Chamber of Commerce awards at the Bob Chisholm Center in Seaside. 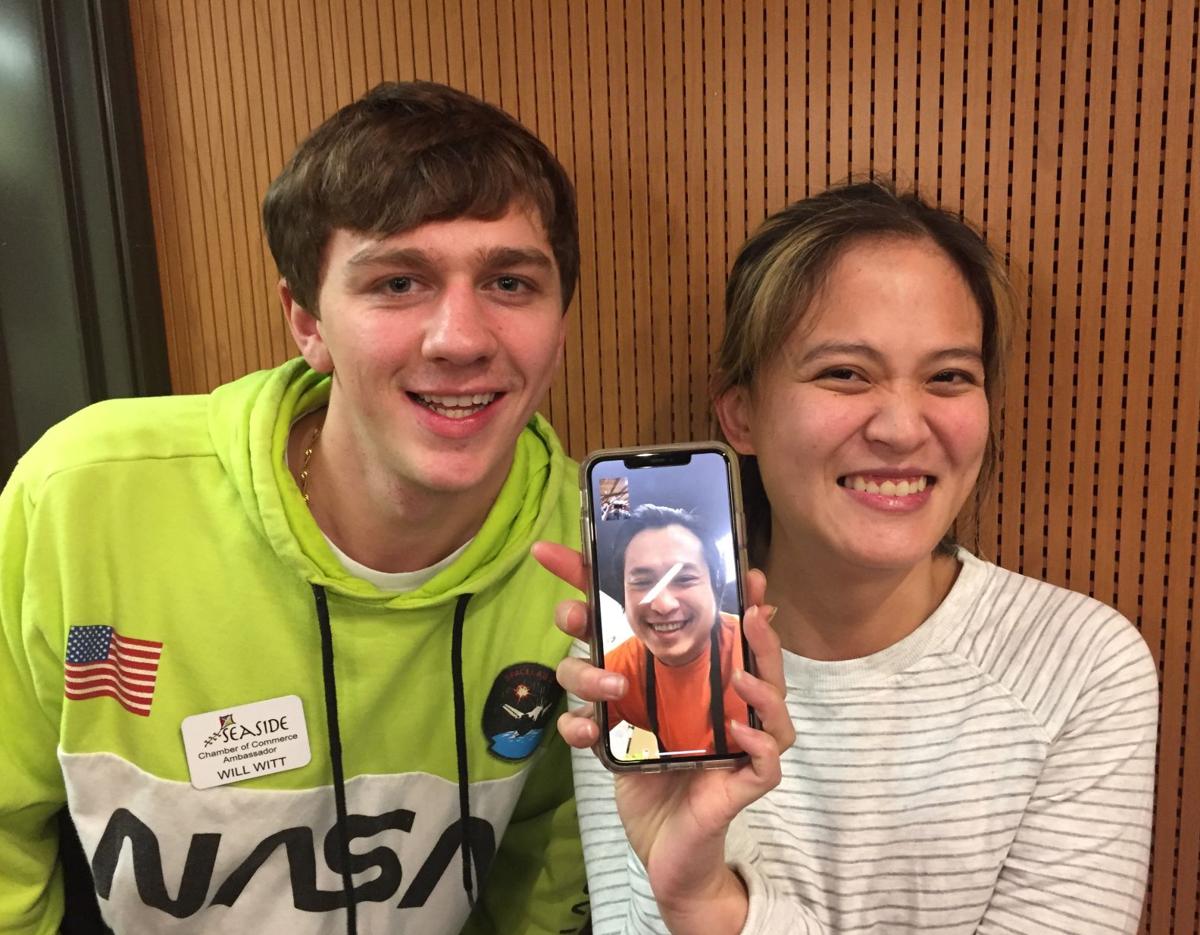 Volunteer of the Year Will Witt with Patta Lovwatcharasophoron of Thai Me Up and her husband Kim via cellphone from their restaurant. 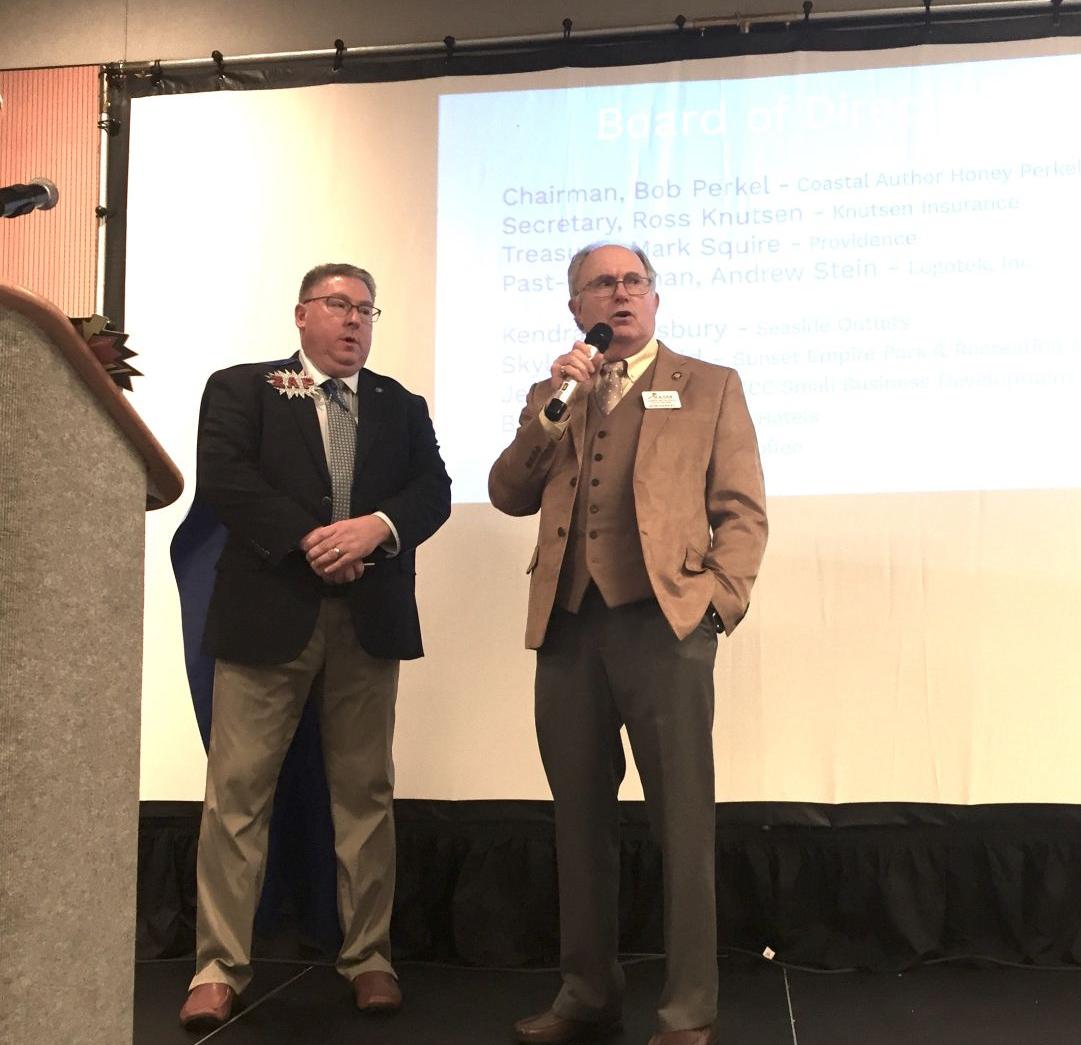 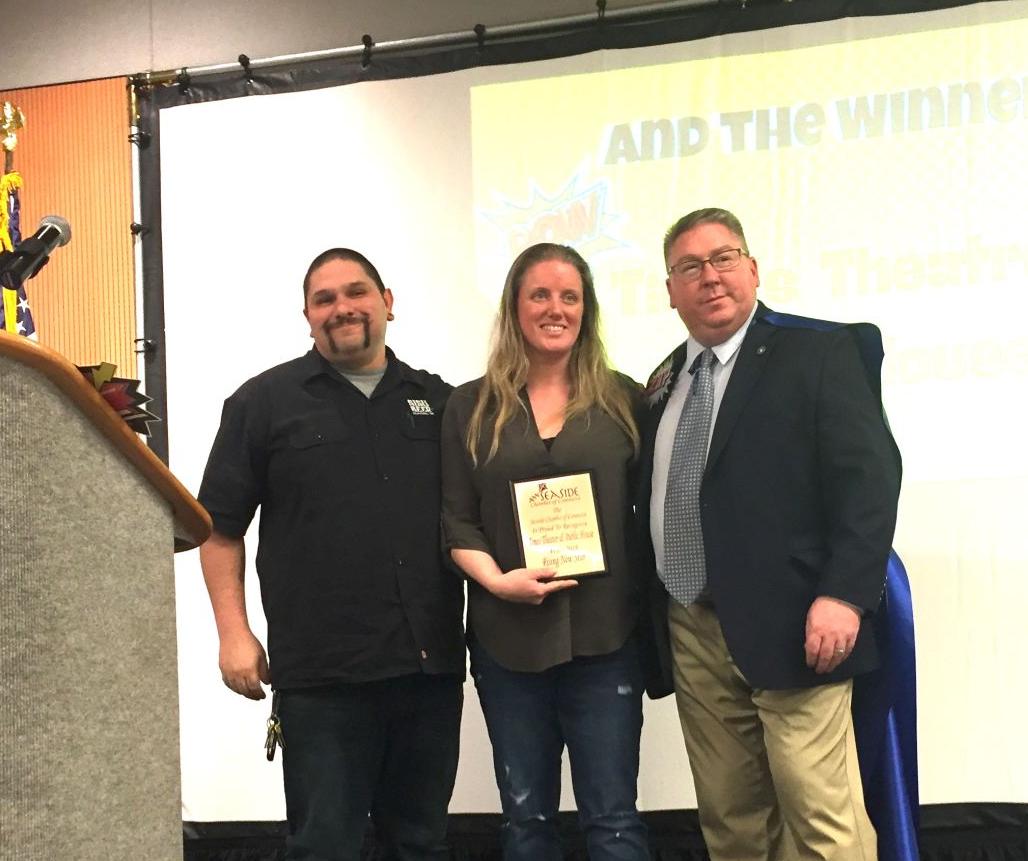 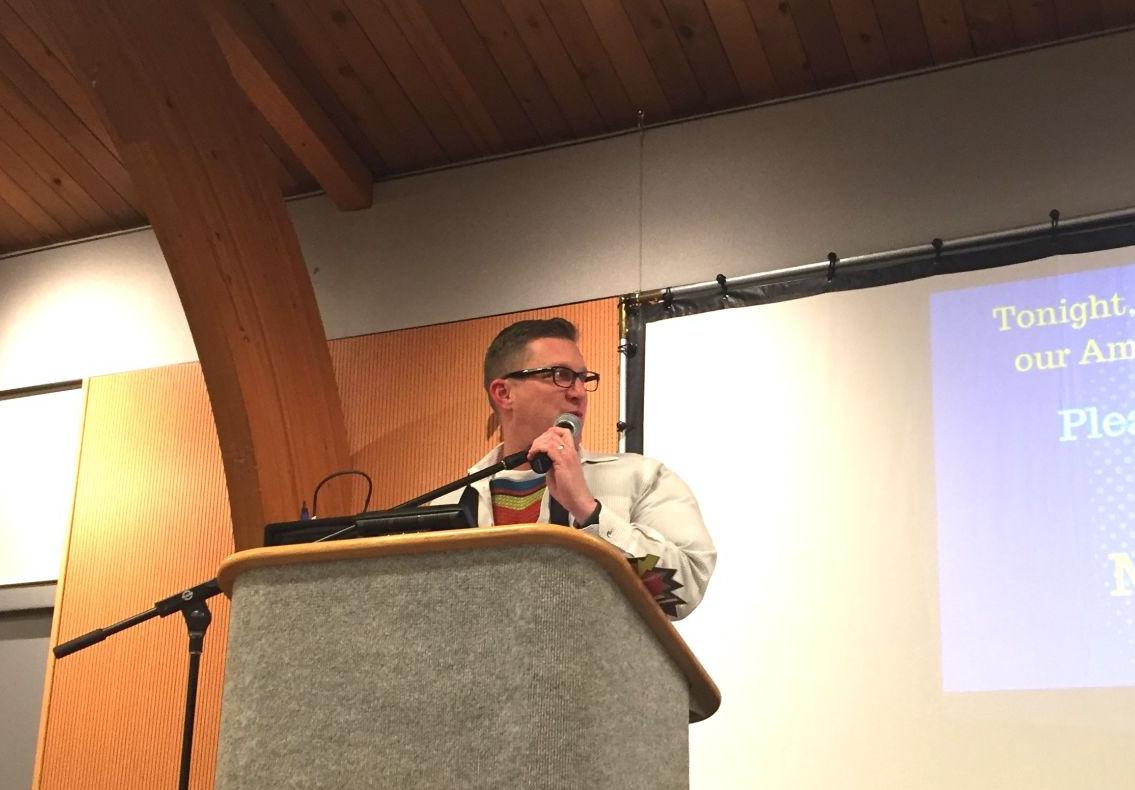 Ken Heman served as master of ceremonies for the chamber awards dinner.

The audience at the Jan. 16 Chamber of Commerce awards at the Bob Chisholm Center in Seaside.

Volunteer of the Year Will Witt with Patta Lovwatcharasophoron of Thai Me Up and her husband Kim via cellphone from their restaurant.

Ken Heman served as master of ceremonies for the chamber awards dinner.

Superheroes and mere mortals arrived at the Bob Chisholm Center on Avenue A in Seaside for the 36th Annual Chamber of Commerce awards event Thursday night, Jan. 16.

Along with chamber members and prospective members, the evening hosted the mayor, city councilors and friends and family from throughout the North Coast. Chamber staff and volunteers donned “superhero” capes in keeping with this year’s theme, as Bruce Smith deejayed appropriate musical fanfare.

“It’s a fun atmosphere here,” chamber CEO Brian Owen said before the event. “We’ve created the superheroes of Seaside theme and I think people really respond to that. We all do something spectacular for our community every day and today we are going to celebrate.”

Volunteer of the year award, recognizing an individual community leader who has demonstrated exemplary dedication to the Seaside community and inspired others by their volunteer commitment, was delivered to Will Witt of Salon on Broadway.

The Seaside Civic and Convention Center won the community impact award, for the business, nonprofit or service organization with “the greatest positive impact on Seaside.”

The legacy award, honoring members of community and family who have been part of the chamber and community for at least 10 years, was awarded to Karen Emmerling of Beach Books.

Business of the year honors went to Kegan Michael French and Will Witt of Salon on Broadway for setting an example in the community for their “commitment overall to best business practice, customer service and employee relations.”

Last year’s Byron Award winner Ruth Swenson announced this year’s winner for outstanding community service, presented to the person who has volunteered time and service to the betterment of the city.

The award, named in honor of volunteer Byron Meek, went to Gini Dideum of the Beach Drive Buccaneers, a group spearheading beach cleanups for more than 15 years.