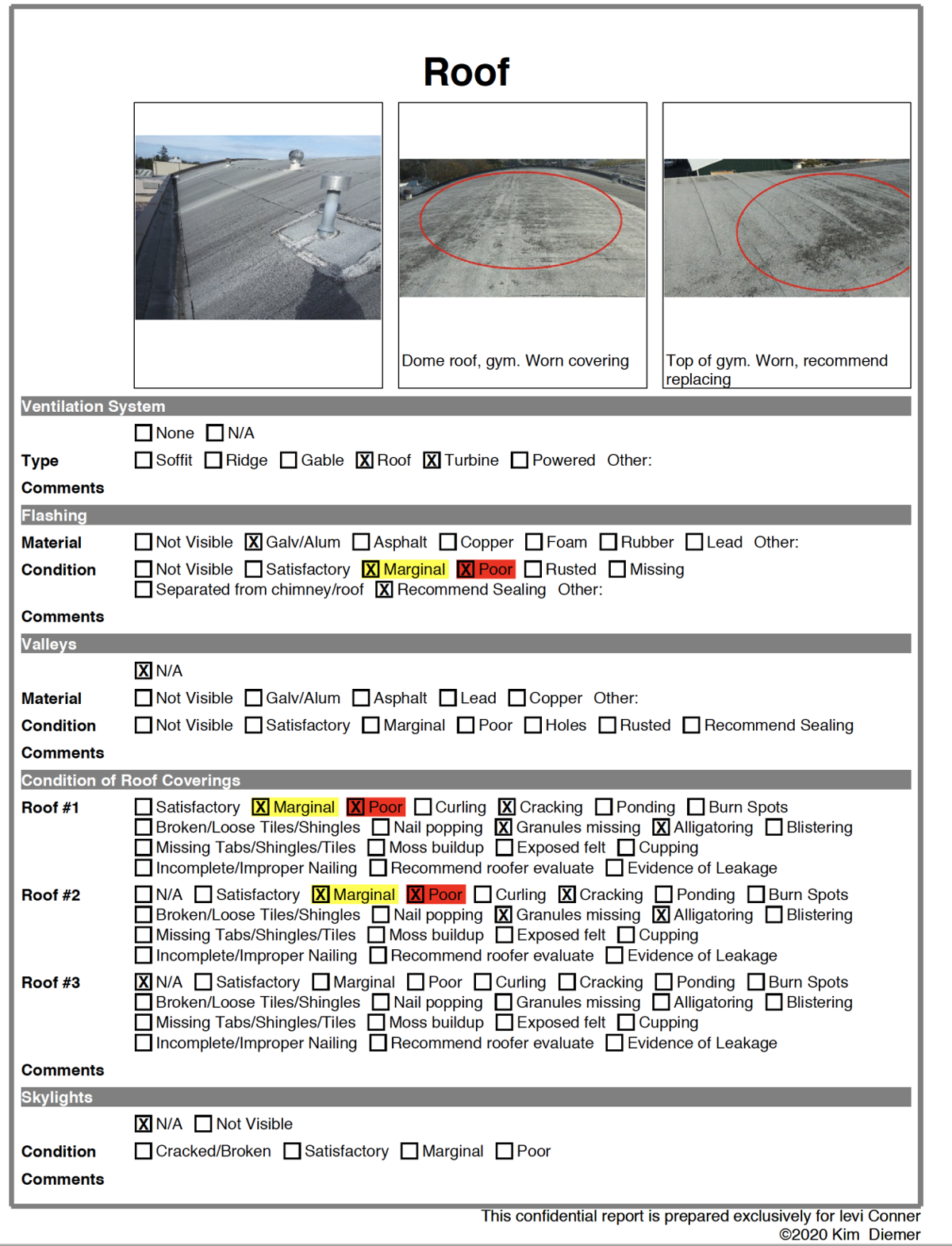 Two middle school roofs receive ratings of “poor” in a report delivered to the Sunset Empire Park and Recreation District.

Two middle school roofs receive ratings of “poor” in a report delivered to the Sunset Empire Park and Recreation District.

The Sunset Empire Park and Recreation District announced a deal for the Broadway Middle School purchase last week. Before the deal was authorized by the board, a Facebook group, Taxpayers for SEPRD Transparency, told board members that up to $5 million is needed immediately for repairs and upgrades to Broadway Middle School in addition to the purchase price, $2.15 million.

“This is a building that has mold, rot, asbestos, cracks, sinking, water within the structure and a roof that inspection reports show has needed total replacement for quite some years,” said City Councilor Tita Montero, a member of the group speaking as a private citizen.

Broadway Middle School had asbestos inspections performed in 2016 and 2019 with no reduction in asbestos containing building material, Patrick Duhachek wrote.

“Nothing has been done since 2016,” Duhachek wrote. “Should we even be using this building and putting children in it?”

Duhachek cited a 2013 report showing the building had “moderate to high” collapse potential.

City Councilor Randall L. Frank, who said he was also speaking as a private citizen, said $4 million to $5 million needs to be spent just to keep the building watertight by replacing the roof and all west-facing windows.

The middle school building on the sales market after the Seaside School District moved to a new campus on Spruce Drive, “has served its useful life span,” Montero said.

Montero, who acquired school inspection records back to 1988, said the school district has long known that the middle school comes with many hazards and high remediation costs.

The building is “the proverbial albatross,” she said. “Given the cost of remediation and the probable impossibility of correcting all deficiencies, is BMS, in fact, a worthless building?”

Montero also questioned its ability to be financed and insured. “It’s not beyond reason to predict that within several years SEPRD will decide that the building needs to be torn down and a new facility built.”

This would cost more than the $20 million bond proposed and voted down in 2018 to expand the Sunset Pool facility, she said.

A more comprehensive structural evaluation is necessary to fully identify all potential seismic deficiencies, the inspection report states, to quantify the risks associated with them, and determine what retrofit measures may be employed to mitigate those risks.

The report, from the Building Advisory Group Inc., based in Madras, said the 72,557-square-foot building will continue to have ongoing roof leaks. The report describes horizontal and vertical cracks at the center of the gym.

All windows should be replaced, they write, and several bathrooms are missing toilets and sinks.

“Overall this building does have positive features with negative issues that should be addressed. With any new remodeling this property will need to be brought up to ADA (Americans with Disabilities Act) codes,” the report states.

A structural study delivered on Dec. 4 said that seismic deficiencies could put portions of the building at risk of partial collapse or present a falling hazard during a major seismic event, endangering the safety of building occupants.

According to a report delivered in September by A.W.E. Environmental, of 60 samples, 10 came back positive for asbestos in the building. The asbestos remains encapsulated, however, and unless it becomes exposed, likely through demolition, does not pose a public safety hazard.

Walls at the older gym were found “to be in poor condition” Morrison Hershfield, engineers and managers based in Portland, said in a due diligence assessment delivered this month to evaluate and identify the current condition of elements of the middle school building, including the exterior wall cladding, glazing and roofs.

Building envelope components at Broadway Middle School are in poor to moderate condition and some components require immediate replacement to stop active leaks, they write. Others require maintenance and further assessment. A subtotal of immediate repairs is $3.77 million. Overall totals within the next 10 years are estimated at $4.46 million.

“There are times when one just needs to walk away from what appears to be a dream and not because it was a bad idea but because it just won’t ‘pencil out,’” Frank said. “In my opinion this does not necessarily end the desire to acquire the property but may be an opportunity to regroup and explore other ideas.”