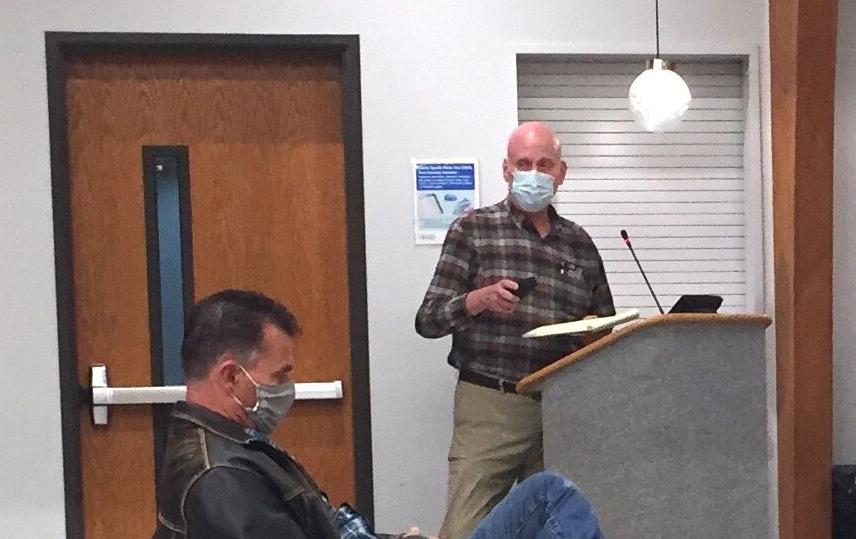 John Huismann, at lectern, and Patrick Duhachek, both object to the purchase of Broadway Middle School by the Sunset Empire Park and Recreation District. 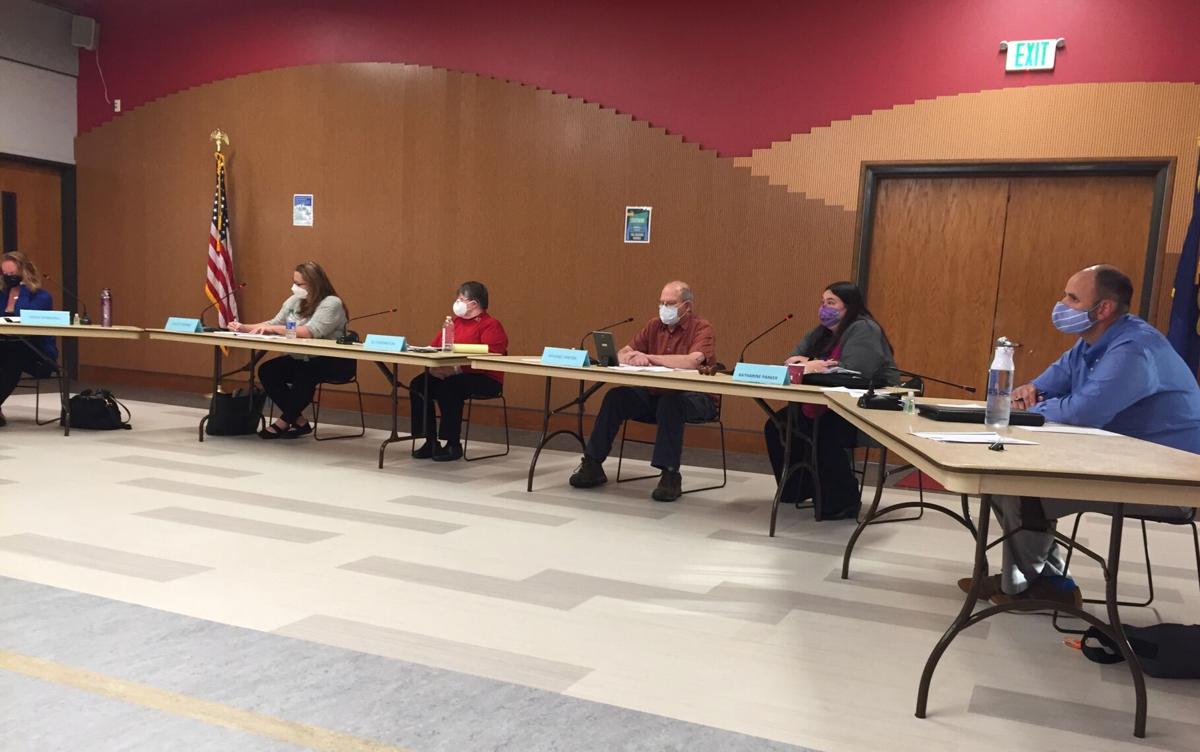 John Huismann, at lectern, and Patrick Duhachek, both object to the purchase of Broadway Middle School by the Sunset Empire Park and Recreation District.

A small but vocal group of residents came to the Bob Chisholm Community Center last Tuesday to show opposition to a purchase of Broadway Middle School.

Speakers reacted to the Sunset Empire Park and Recreation District’s purchase of the property, vacant after the school district moved the campus to a new location on Spruce Drive outside the tsunami inundation zone. Board members approved the process after a previous board had rejected a potential purchase in June.

“Why are people just now receiving information on the survey for their opinions if the purchase is already in the works?” Lindsey Morrison, a former member of the park district board, asked in a letter. “Why are the Seaside taxpayers not enraged by this deceit?”

The district and the Seaside School District are in the due-diligence phase of a $2.25 million purchase. A bond for the expansion of Sunset Pool failed in 2018.

This time, the district is seeking tax-exempt debt financing through the Special Districts Association of Oregon rather than asking voters for a bond.

The park district has 45 days to conduct due diligence, at which point the earnest money would become nonrefundable. An inspection report received this week is under review.

Objections to the purchase covered a range of objections, including building rehabilitation and expansion costs, the public process, the wisdom of buying a building in the tsunami inundation zone and problems at the pool.

Critics of the purchase say a public comment survey on a potential purchase, posted online and with a link included in Seaside water bills, failed to reach all park district residents.

District resident Patrick Duhachek cited the potential costs associated with the purchase, property payments, renovations, utilities, insurance and payroll for additional employees. “Will existing programs continue to be cut, to pay for this endeavor, as they were this year?” he asked.

“Seaside, as the 68th largest city in Oregon, has the seventh highest tax rate imposed on residents (more than $1.75 million) for a park district in the state,” he said in a letter delivered to the board.

Seaside’s Diane Wells said current park district board members were “hand-selected” after the resignations of previous board members. Four positions have faced replacements over the past two years.

At the August meeting, Wells said, after deciding to pursue purchase of the school, the board stated they would conduct public outreach, possibly with a survey enclosed with the water bills.

Wells said she was “blindsided” to read that the recreation district would be bidding on the school.

“At the very first meeting of the new board, in August, purchase of the middle school was put back on the table, after the elected board voted on June 16 to table the discussion for expansion for a year citing the makeup of the board and its inexperience,” she said.

Seaside’s Marti Wajc said that the voters already voted against the purchase and expansion of the building in 2018. “How many times do we have to say no?” she asked. “We do, however, need an administrative body that is capable of maintaining the facility we already have and it is clear that the current administration just doesn’t know how to do that.”

Park district resident John Huismann said the district’s Sunset Pool had gone from “impeccably clean” to a few years ago to a point where the “cleanliness of the entire building has become a big issue to me,” a situation he attributed to the executive director and staff.

“SEPRD is simply not taking adequate care of their most expensive asset,” Huismann said.

Board members strenuously objected to charges that they came with a particular agenda or had been specially selected on behalf of the executive director.

At the meeting’s end, Celeste Bodner said she was surprised to hear the feedback from residents that “there was sort of a hand-picked process in selecting new board members.”

She called her application process “substantial,” with an application, resume and interview process.

“I just wanted to place on the record that I think the board’s process for filling an empty seat seems to be methodical and highly ethical,” Bodner said.

Parker, the board president, said the executive director does not get to vote on prospective board members. “It’s truly the board’s decision who is brought on (as a board member). I feel our process was pretty thorough.”