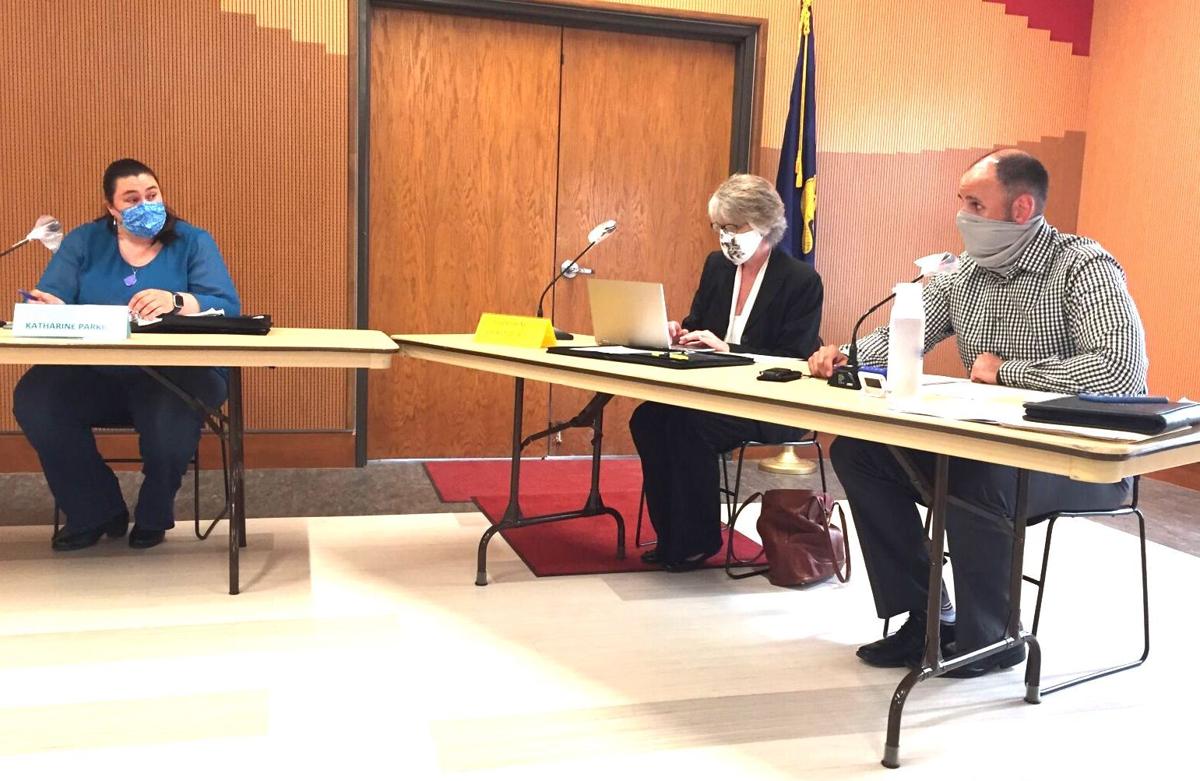 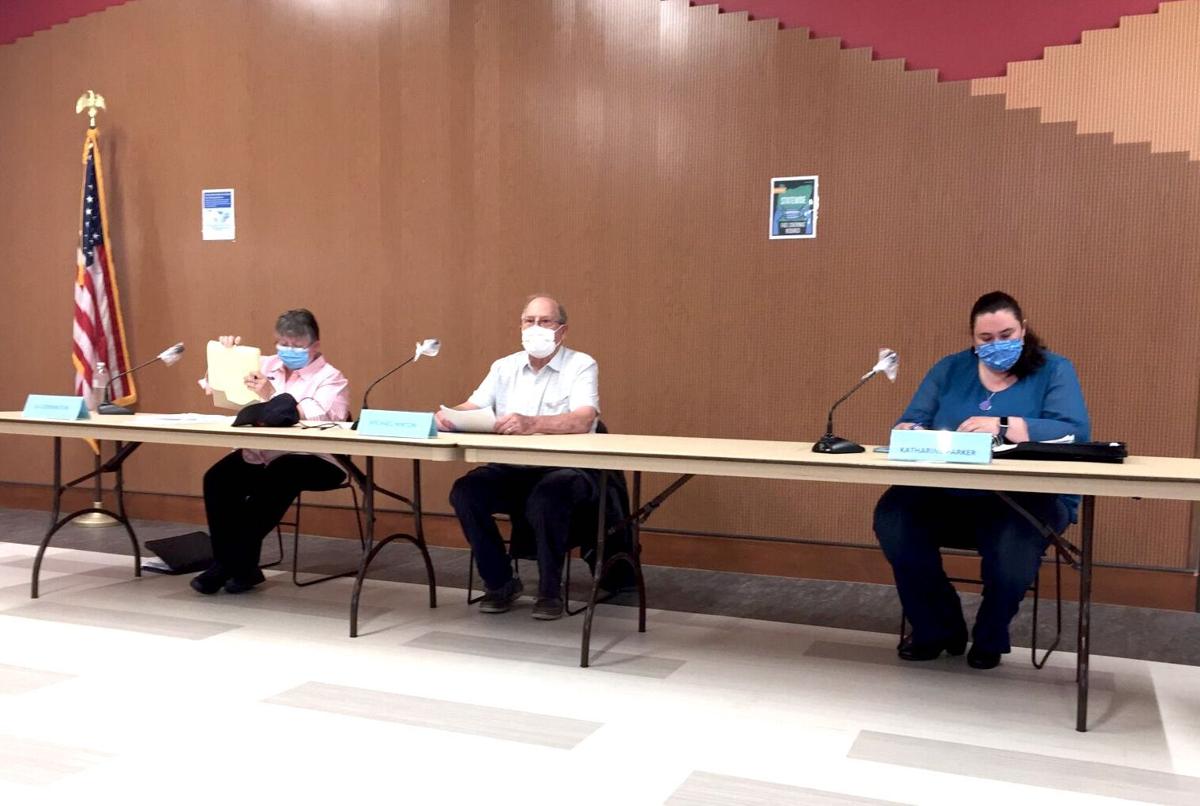 Su Coddington, Michael Hinton and Katharine Parker of the Sunset Empire Park and Recreation District board. 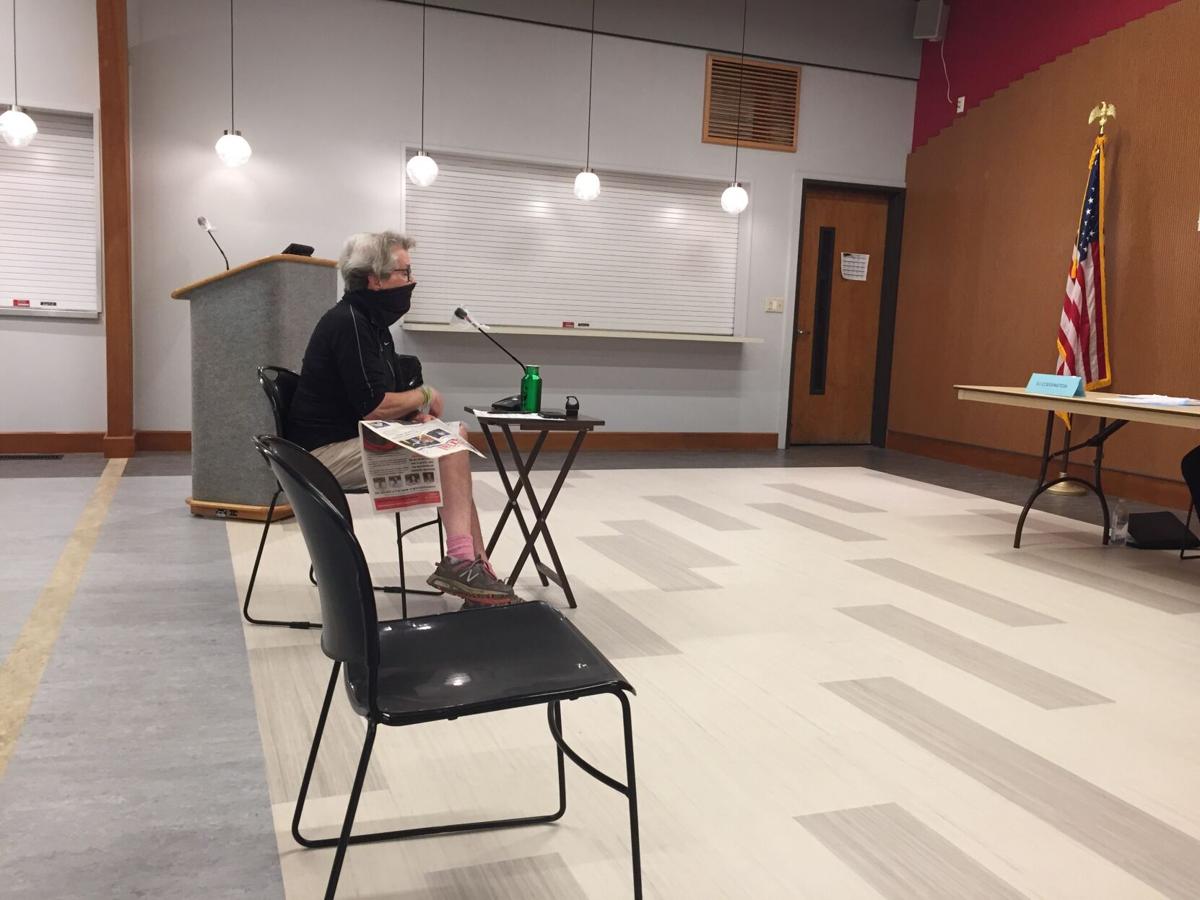 Su Coddington, Michael Hinton and Katharine Parker of the Sunset Empire Park and Recreation District board.

“Decorum” was the operative word last Tuesday as the Sunset Empire Park and Recreation District board sought to move on after the resignation of two board members and a potential employee walkout.

The 2 1/2-hour meeting at the Bob Chisholm Community Center came just days after board members Jeremy Mills and John Chapman resigned. Park district staff had filed a formal grievance regarding “behaviors unbecoming of a board member” involving Mills and Chapman, including offensive remarks and sexual innuendo.

The meeting brought a renewed look at park district agreements, including an intergovernmental agreement for Broadway Field with the Seaside School District and the city; a deal with Seaside Kids, Inc. and the school district for a new indoor batting cage; and funding for community gardens behind the Sunset Pool and along U.S. Highway 101.

Board members Michael Hinton, Katharine Parker and Su Coddington covered an exhaustive agenda seeking to review or reverse a series of actions since December, when Mills was alleged to have offered money from his business checkbook to executive director Skyler Archibald after a holiday bonus was denied by the board.

After the incidents, relations between Mills and Archibald soured, Archibald said.

The commission declined to investigate the incident further. Archibald said Wednesday he does not plan on taking further action at this time.

Additional information submitted into the board’s agenda described actions by Mills and Chapman that led to the resignation of at least one former board member as well as a failure to meet expected standards of “behavior and decorum” among board members.

Parker was named board president to replace Mills. Two prospective board members will be interviewed and named at a future meeting.

Coddington said she felt “incredibly bruised by what has happened in the last month and in the community.”

She said the board was tarnished by the actions of Mills and Chapman.

In describing a culture of “bullying, loud voices and talking over people,” Coddington and board members sought to reverse the park district’s course, starting with the meeting process itself.

Eileen Eakins, legal counsel for the Special Districts Association of Oregon, who attended both July park district meetings, recommended the board develop a clear, written policy for the executive director’s authority to sign contracts and execute agreements. Agreements between municipal agencies should be entered into only as provided in the written policy.

Dissenting voices at the meeting echoed previous concerns and showed support for Chapman and Mills in questioning the executive director’s actions and performance.

Seaside resident John Huismann renewed complaints he had brought against Archibald for a pool project that went over budget and, he said, “destroyed” the Sunset Pool and locker rooms.

“I came here about eight years ago, before Skyler came, and we did have a great pool and a great locker room,” Huismann said. “It was absolutely destroyed. When are we going to see some accountability from our executive director? Aren’t we entitled to that accountability? I haven’t seen it.”

Former district employee Marti Wajc said Archibald “knowingly and deliberately violated meeting protocol to avoid input from the board and ultimately the taxpayers the board represents.”

Wajc accused Archibald of never receiving approval from the board for the agreement with Seaside Kids, a charge originally leveled against the director by Mills and Chapman in earlier meetings. The board, under Mills and Chapman, had rejected funds designated for the facility, citing the lack of formal approval.

“The fact remains, Skyler broke the rules,” Wajc said. “Therefore, I am requesting the agreement be null and void until such time as the contract can be brought before the board for consideration by the people the board represents.”

Seaside’s Patrick Duhachek, who ran for the park district board in 2019, said the board will “pick their board members from a pool of ‘yes people.’”

“Once again, the majority of the board will be made up from a group of hand-picked individuals, not a diverse representation of voted-in board members who represent the taxpayers,” Duhachek said.

The park district will return to governmental partners for the field, batting facility and community gardens, Archibald said.

“Over the course of my 17 years with this district, I have never encountered a situation where I have found myself having to defend our decisions to invest district funds in bettering our community and improving the health and wellness of our residents,” Darren Gooch, the information technology director, said.

He made a plea for continued growth. “My advice to all of you tonight is to reach out, to understand and embrace the vision this staff shares for the future of this district.”