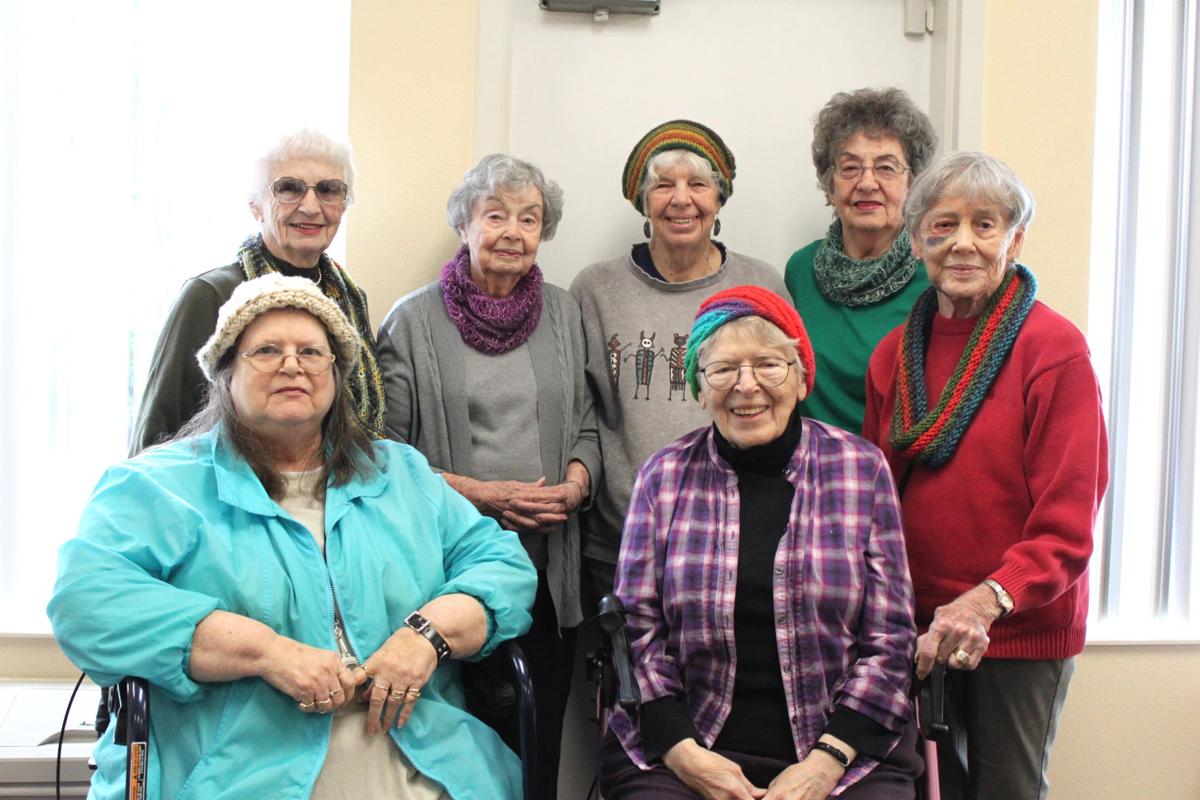 Residents of Neawanna by the Sea display various hats and scarves knitted by Mary Peterson (back row, left). She appreciates getting to see the products she makes used and enjoyed by friends and their loved ones. 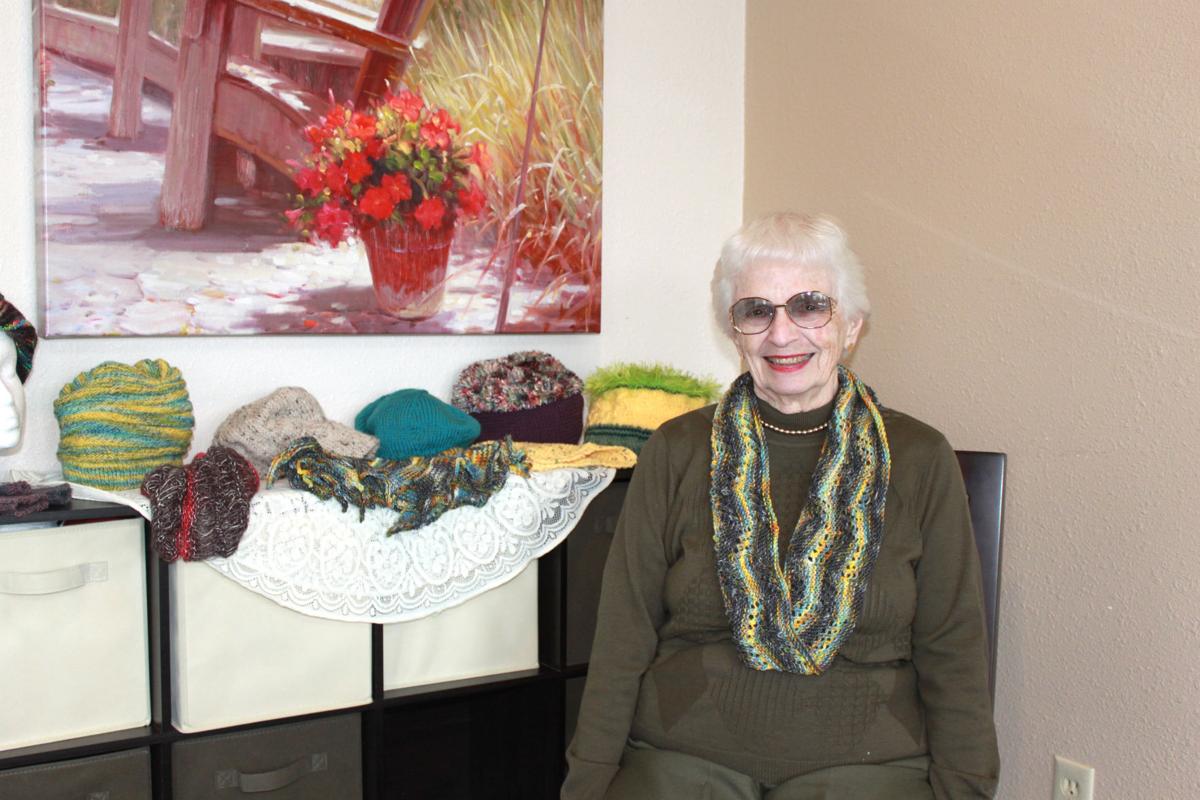 Mary Peterson, a resident at Neawanna by the Sea, has turned her passion for knitting in a way to raise money for Alzheimer's research.

Residents of Neawanna by the Sea display various hats and scarves knitted by Mary Peterson (back row, left). She appreciates getting to see the products she makes used and enjoyed by friends and their loved ones.

Mary Peterson, a resident at Neawanna by the Sea, has turned her passion for knitting in a way to raise money for Alzheimer's research.

For Seaside resident Mary Peterson, knitting is a passion she’s developed since she was about 8 years old. Now, she’s found a new purpose for the craft to give it more meaning to herself and others.

Since 2016, Peterson has created and sold numerous knitted products to raise money for Alzheimer’s research through Frontier Management, the managing company of Neawanna by the Sea where she currently resides.

When Peterson discovered Alzheimer’s research was part of Frontier’s charitable giving, “I decided that was something I could do, and feel comfortable doing, and be happy doing,” she said. Since then, she’s raised more than $500 per year through selling her products at organized sales, as well as on request.

The cause is dear to her heart, she explained, as her late husband was diagnosed with Alzheimer’s but passed away before the disease got severe. One of her grandmothers also had Alzheimer’s and an uncle suffered from dementia.

“I’m so happy I can use knitting to further the health and welfare of the community,” she said.

As a young girl growing up in Minnesota, Peterson’s mother was busy caring for her own mother, and so Peterson was frequently left in the care of her paternal grandmother. A self-described “problem child,” Peterson said her grandmother taught her to knit because she “was trying just anything she could to keep me quiet and from climbing the walls.”

“I’ve been knitting off and on ever since, and it’s been very much ‘on’ ever since I retired,” she said. “I find great joy in the feeling of the yarn and the molding of a product. To share these with people has just been great.”

Peterson and her husband moved to Portland about 20 years ago, and then transferred to the coast six years later.

“It was the best move my husband and I made,” she said, adding they “fell in love with the area.”

When the storm of 2007 took the roof off their house, they interpreted the event as a sign to move into Neawanna by the Sea, a facility they had been eyeing for a while. When her husband became ill and Peterson had to seek additional care for him, the couple moved to a facility in Hood River. Upon his death Peterson was faced with the tough decision of whether she would stay or move back to Seaside. That was when she talked to the administrator at Neawanna by the Sea and discovered her old residence was available.

It was upon her return she started knitting with the intent of donating proceeds from her business to Alzheimer’s research. Her mission spread to a few other knitters who also contribute items — including scarves, cowls and hats — to collectively put on a few sales each year. Most of their products sell for $10 to $15, or what people can afford, and all the proceeds go toward the cause.

Peterson also hosts an informal knitting class at the facility at 10:30 a.m. Thursdays, offering her assistance to anyone who needs help. Sometimes a few of residents will “just get together and knit,” she said.

While knitting only has two primary stitches — the knit stitch and the pearl stitch — there’s a wide range of techniques or ways to use those stitches, Peterson said. Add in the different weight, density and texture of yarn, and the craft offers even more variety to its artisans. Although Peterson prefers softer, high-quality yarn, she acknowledges “there’s a place for everything.”

“We knitters try to keep the whole world happy,” she said.

She enjoys working on projects that don’t take much time to complete, such as hats or scarves. However, she also has a few long-term projects — such as a lace shawl — on which she’s gradually investing time. In general, she said, she gears her knitting toward what she believes people will enjoy, or “what will tickle their fancy.”

“I’m always on the lookout for new patterns,” she said. “I especially like it when someone will send off a piece to somebody and they’ll send back a note saying, ‘it’s so gorgeous,’ and send a picture. It’s always good to see, to know it’s being used and enjoyed.”

Governor of Florida says if Walmart can open, so can schools