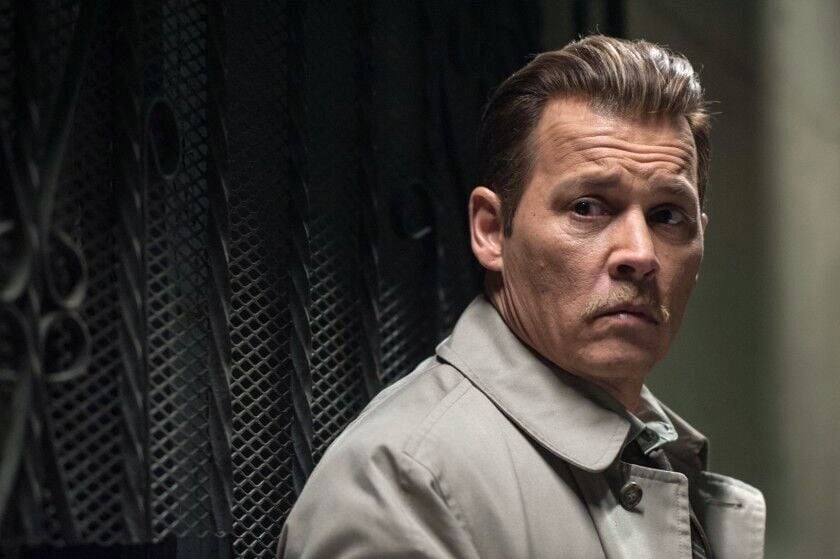 Johnny Depp in the movie “City of Lies.” 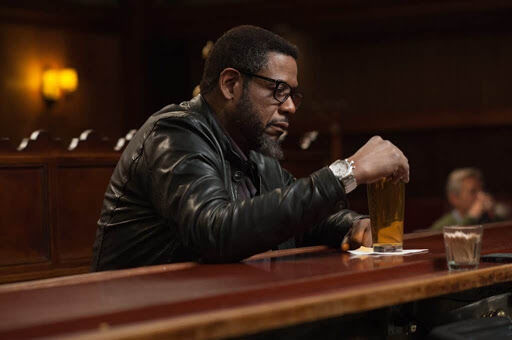 Forest Whitaker plays a journalist in “City of Lies.” 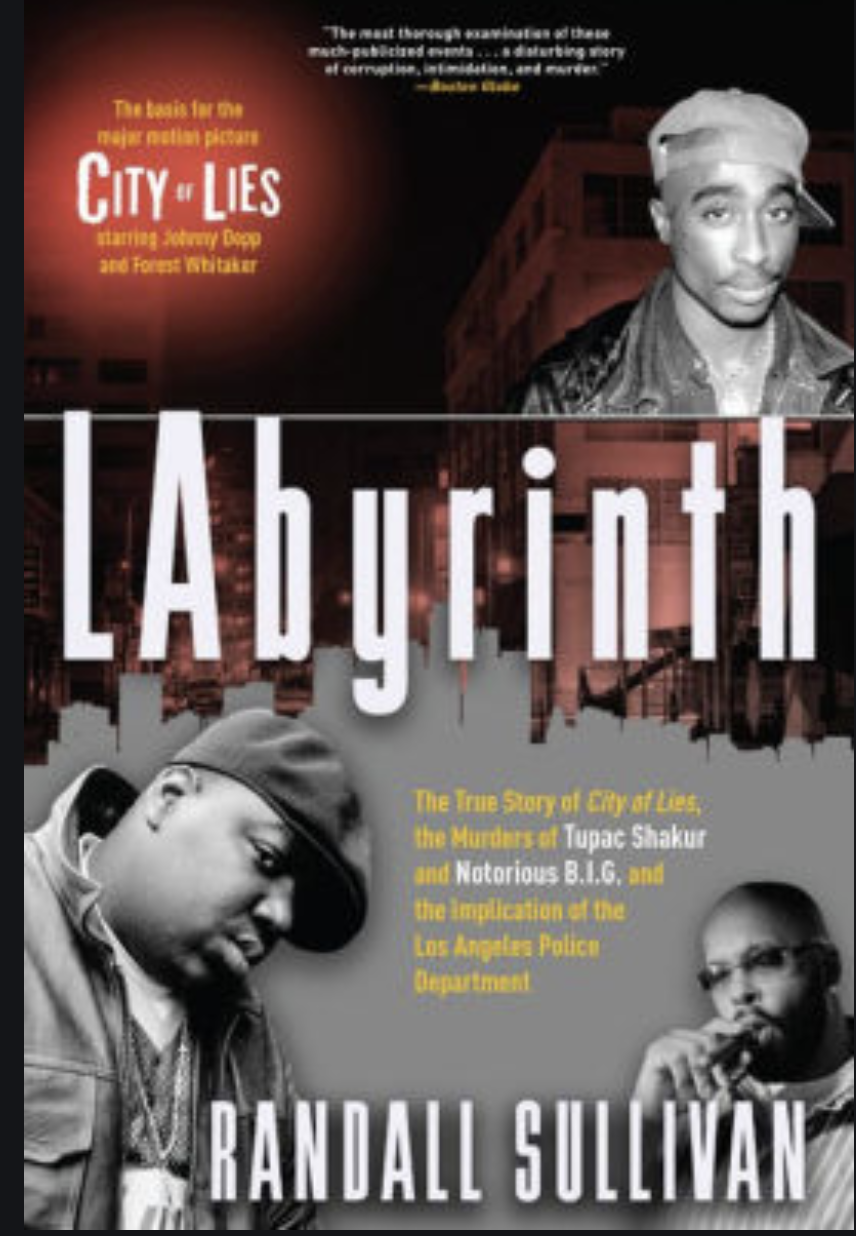 “LAbyrinth,” by Randall Sullivan, served as the basis for the film “City of Lies.” 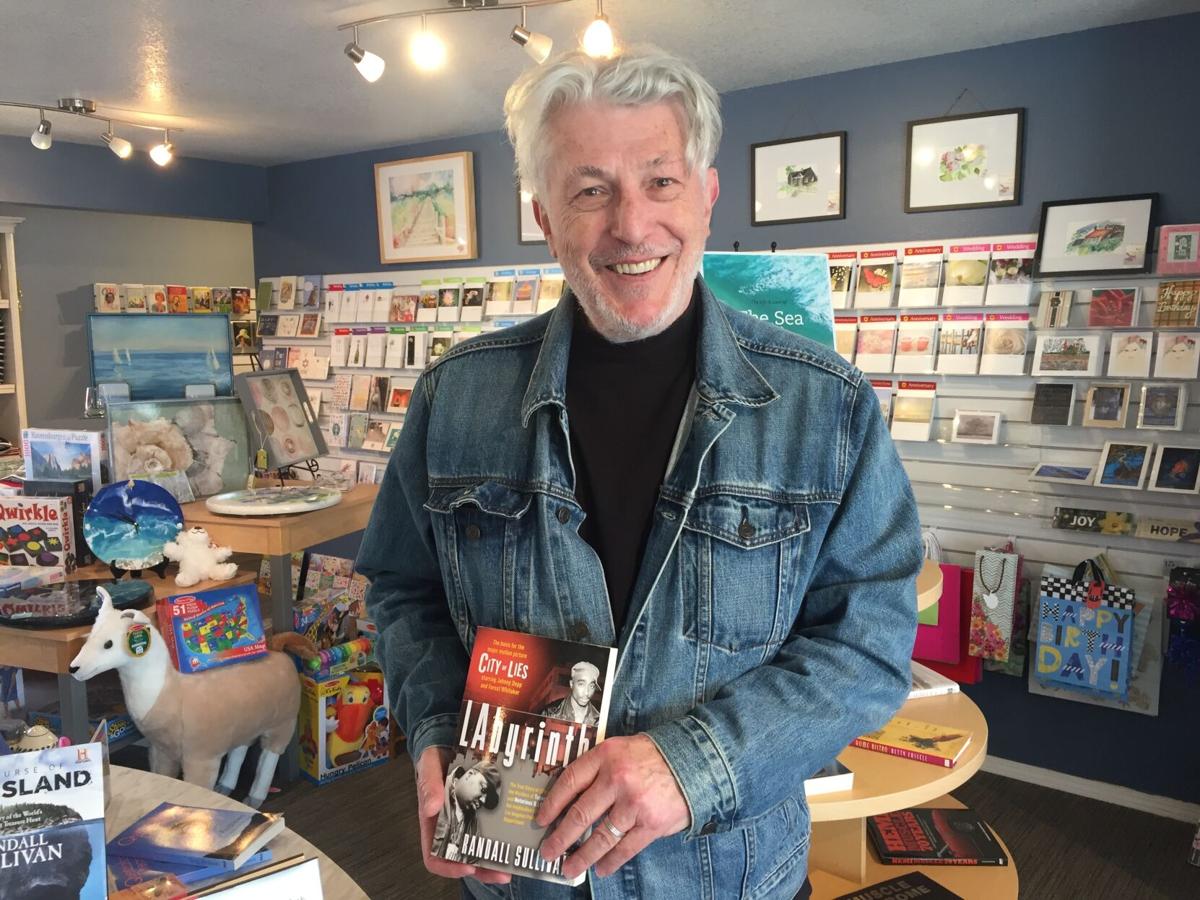 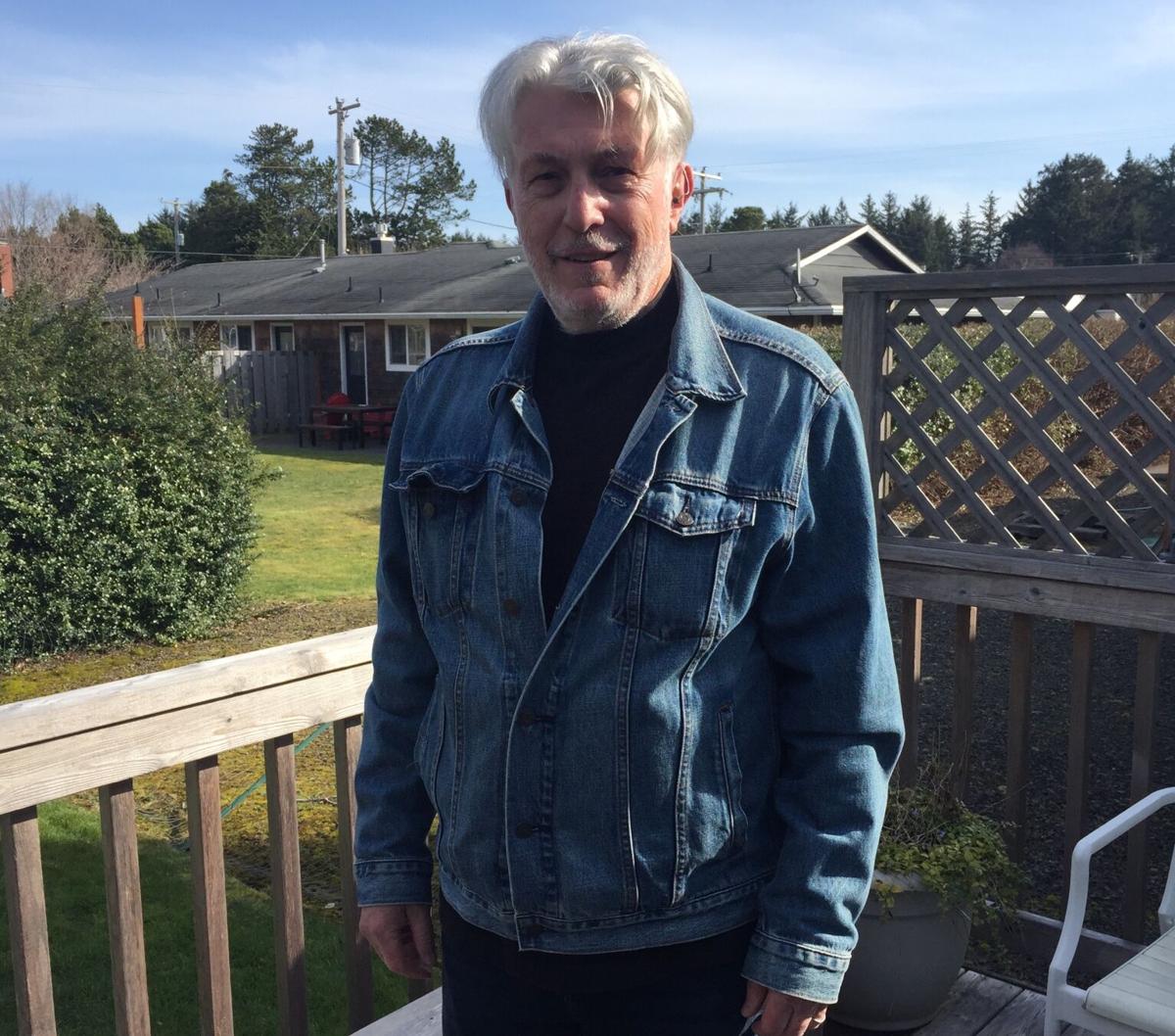 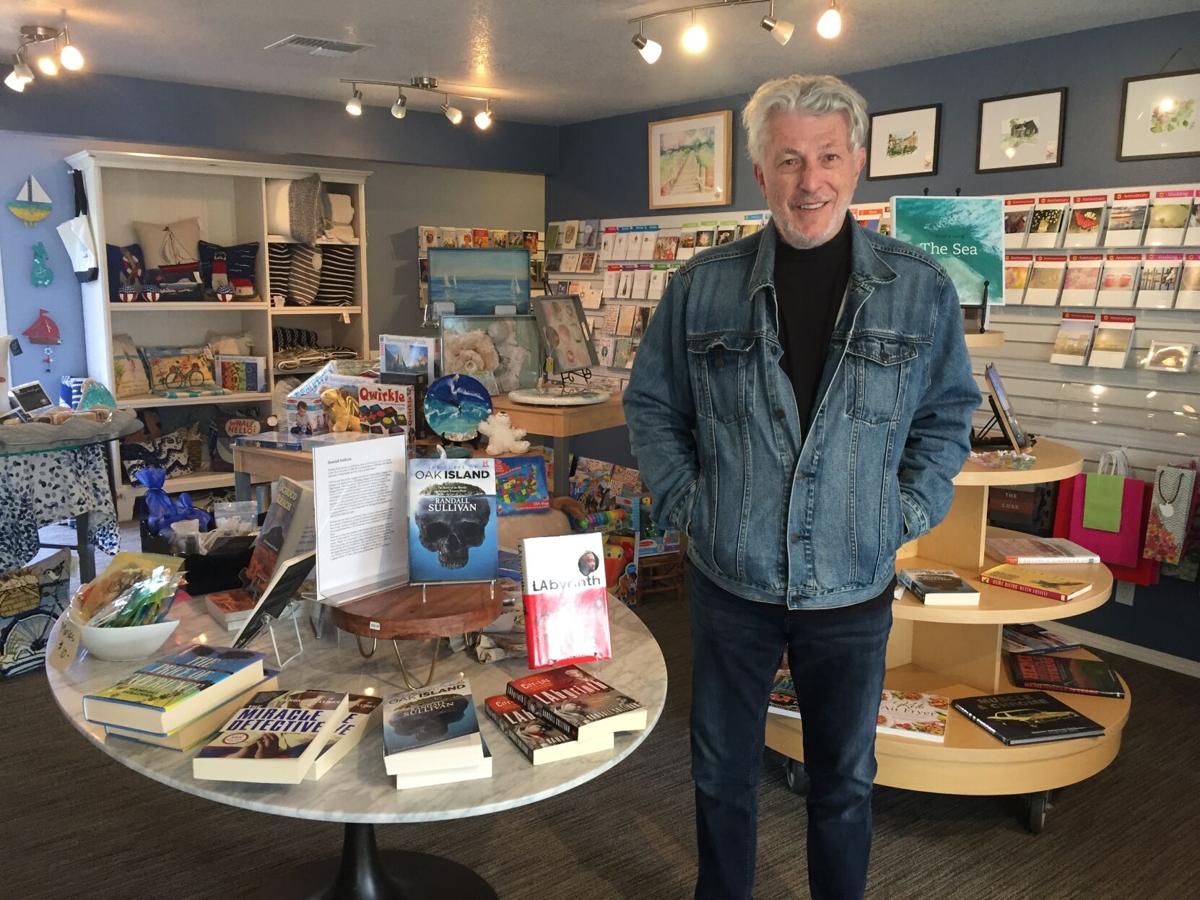 Books by Randall Sullivan available at By the Way in Gearhart. 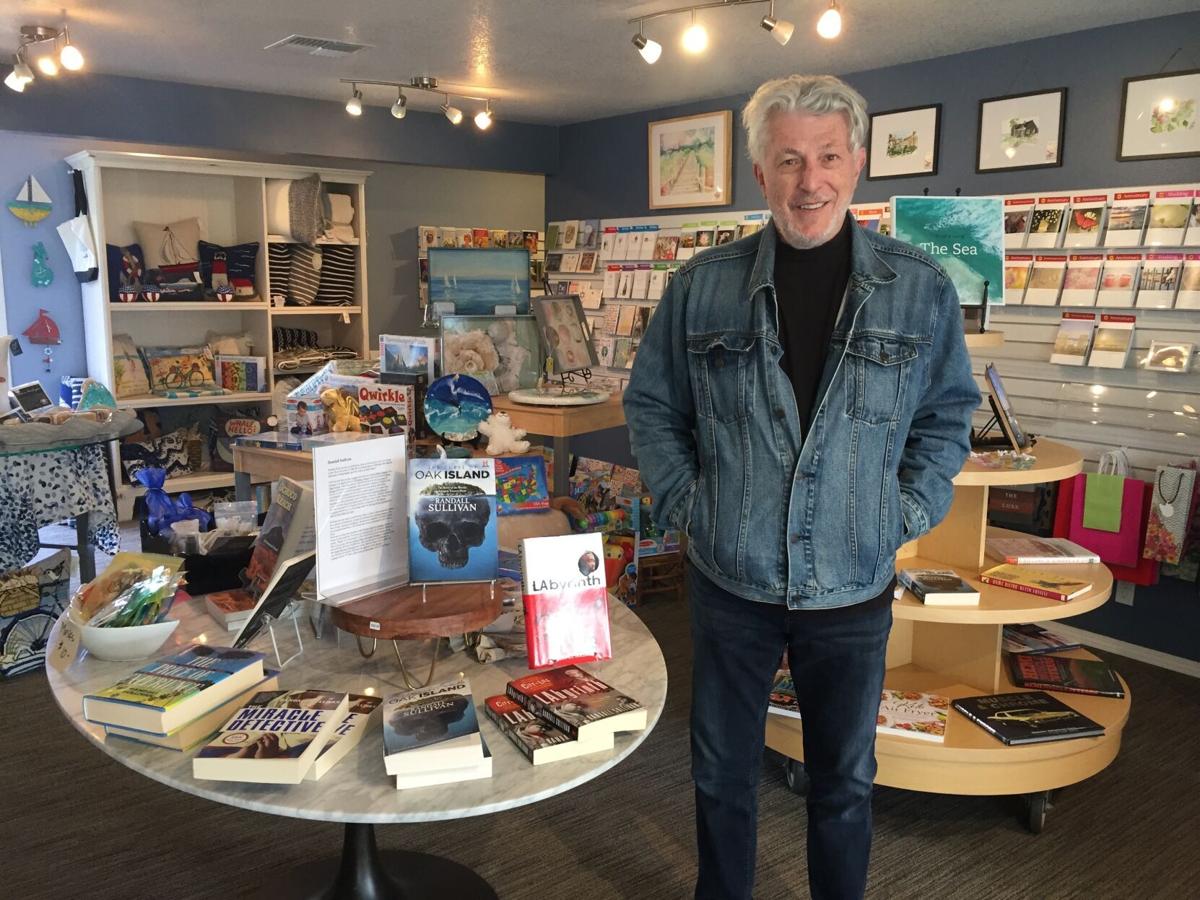 Journalist Randall Sullivan stands by his books at By the Way in Gearhart.

Johnny Depp in the movie “City of Lies.”

Forest Whitaker plays a journalist in “City of Lies.”

“LAbyrinth,” by Randall Sullivan, served as the basis for the film “City of Lies.”

Books by Randall Sullivan available at By the Way in Gearhart.

Journalist Randall Sullivan stands by his books at By the Way in Gearhart.

In 2001, Rolling Stone magazine assigned journalist Randall Sullivan a story about corruption in the anti-gang unit of the Rampart Division of the Los Angeles Police Department.

Sullivan worked his source, Detective Russell Poole, who had evidence officers moonlighted as security for the hip-hop label Death Row Records and arranged the 1997 killing of rapper Notorious B.I.G. No one has ever been charged.

Sullivan’s reporting culminated in the book, “LAbyrinth: The True Story of City of Lies, the Murders of Tupac Shakur and Notorious B.I.G. and the Implication of the Los Angeles Police Department.” The book has been made into the movie, “City of Lies,” starring Johnny Depp and Forest Whitaker and hits theaters this month.

“‘City of Lies’ is about a corrupt chief of police and a group of gangster cops,” Sullivan told The Astorian. “The bad guys were Black but the victims were Black, too.”

“It’s as if Dean Martin and Frank Sinatra had been whacked by the mob in Las Vegas in the ‘50s,” he said. “Do you think that murder would go unsolved for 20 years?”

Sullivan considers himself an Oregonian. He and his wife, Delores, moved to Gearhart in 2018. Locals sometimes recognize him for his roles on the popular Oprah Winfrey Network show “Miracle Detectives,” or “The Curse of Oak Island: The Story of the World’s Longest Treasure Hunt” on the History Channel.

He was born in Los Angeles but moved to Coos Bay before he was a year old. The family spent 12 years there before a move to Portland. “My dad was a walking boss,” he said. “It’s like a longshore foreman. He was a rugged man, rough and very bright.”

Sullivan attended the University of Oregon and then went to Columbia University in New York City on a writing fellowship. He was hired at the New York Daily News, then the United States’ largest circulation newspaper. He worked there for a year when the 1978 New York newspaper strike brought his job to a temporary halt.

When he got a job offer from the legendary editor Jim Bellows at the Los Angeles Herald Examiner, he jumped at it and returned to the West Coast as front-page editor with a daily column.

He won a Los Angeles Press Club award for the series “LAPD: A Matter of Black and White.” “It was all about the way Black cops were being treated and marginalized,” Sullivan said. “It really forced the LAPD to start hiring and promoting more Black cops.”

Two years later, Jann Wenner, the publisher of Rolling Stone, recruited Sullivan. A working relationship developed that would last more than 20 years. Sullivan made his home base in Portland while raising twins, a boy and a girl.

“I was going back and forth to LA constantly,” he said. “I was the highest-paid writer on the staff and got the most freedom by far. I did have a really privileged position.”

Sullivan said the majority of clues collected by investigators assigned to Notorious B.I.G.’s murder pointed in the same direction as the word on the street.

According to Sullivan’s account, an inmate at California’s Corcoran State Prison said his cellmate had confided that Suge Knight, the founder of Death Row Records, from behind bars, had hired another gang member to take out Biggie, whose name was Christopher Wallace.

A former Death Row employee claimed he could provide police with evidence that Biggie had been murdered by members of Knight’s “goon squad.”

The Los Angeles Police Department and the FBI took the case to prosecutors, who refused to proceed. Neither the Los Angeles County District Attorney’s Office nor the U.S. attorney’s office explained why.

“After he decided he liked me, Russ said he wanted to show me something,” Sullivan said.

Sullivan followed Poole to a storage unit that revealed an entire wall lined with boxes of documents he had carried out of the police department’s robbery-homicide division.

“I made copies and when I read them, knew this was an incredible story of corruption and cover-up,” Sullivan said. “The people who know the truth are haunted by it, it was almost impossible for them to live with it and accept. It almost kills them inside.”

In “City of Lies,” Poole is played by Depp. The character of the journalist, originally modeled on Sullivan, is renamed and played by Whitaker.

Sullivan wrote early drafts of the film’s screenplay from his book. The final script is by Christian Contreras. Brad Furman is the director. Sullivan has an executive producer credit.

“City of Lies” received its international premiere in Italy in 2019. Saban Films took on distribution rights and the film is now playing throughout the country.

Sullivan’s follow up to “LAbyrinth,” “Dead Wrong: The Continuing Story of City of Lies, Corruption and Cover-Up in the Notorious BIG Murder Investigation,” was published in 2019.

Sullivan said he hopes a result is to see the wrongful-death case filed by Biggie’s mother, Voletta Wallace, against Los Angeles reopened. Wallace could seek $1 billion in damages. Sullivan thinks she can win.

“Absolutely, the only hope is this lawsuit,” he said. “That’s all that’s left. (Wallace) will win if they get it past the 9th Circuit, which would have to rule to reopen it. I think there’s enough for a criminal conviction, and certainly enough to win a civil trial.

“LAPD has such political power. It is the most politically connected and powerful police department in the country, even the New York City Police Department,” he added. “They control the local agenda to an incredible degree. Even through all this, the Black Lives Matter movement, they still have had the power to scare people. They still haven’t felt the repercussions for this.”