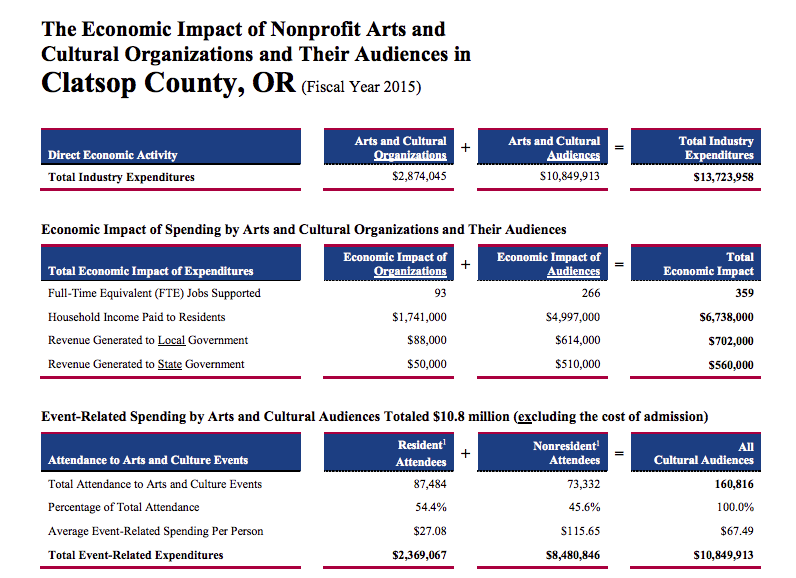 Economic impact of the nonprofit arts in Clatsop County. 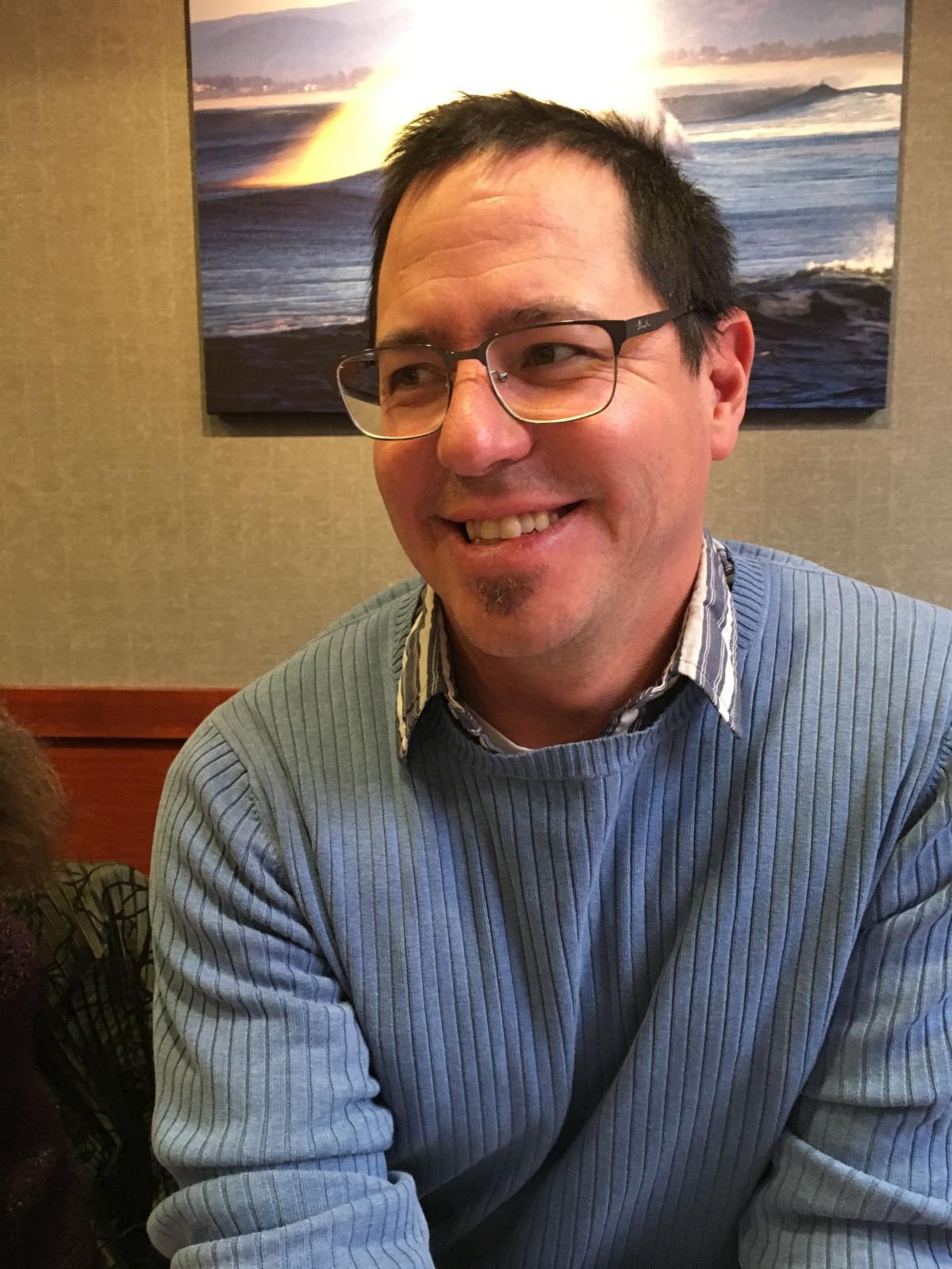 Economic impact of the nonprofit arts in Clatsop County.

How much is art worth in the South County?

Don Frank, a local photographer and volunteer for the Arts Council of Clatsop County, came to Seaside in late February to share the group’s mission. “We’re trying to put numbers to this idea that art is a value to the community,” Frank said at a meeting of the Seaside Downtown Development Association. “As artists, we appreciate art. It has its own intrinsic value. But we also want to make sure it makes economic sense.”

The Arts Council of Clatsop County serves as an advisory body to the county commission, and was formed in 2014.

The arts have grown not just in art or photography, but all forms, Frank said. A 2016 survey revealed demographics of art events attendees, with 800 attendees interviewed. Nonprofit arts and cultural events bring in almost $14 million a year. The sector supports 359 full-time jobs. In comparing Clatsop County to similarly sized counties, the county was above average in attendees and revenue, he said. The arts comprise 5 percent of county revenues.

Adding for-profit businesses and the “multiplier” effect, arts contributions to the local economy are much higher.

“It’s a huge impact when it comes to volunteerism,” Dailey said.

“What this tells us is that arts is an investment, and you can get a return on your investment by spending money on the arts,” Frank said.