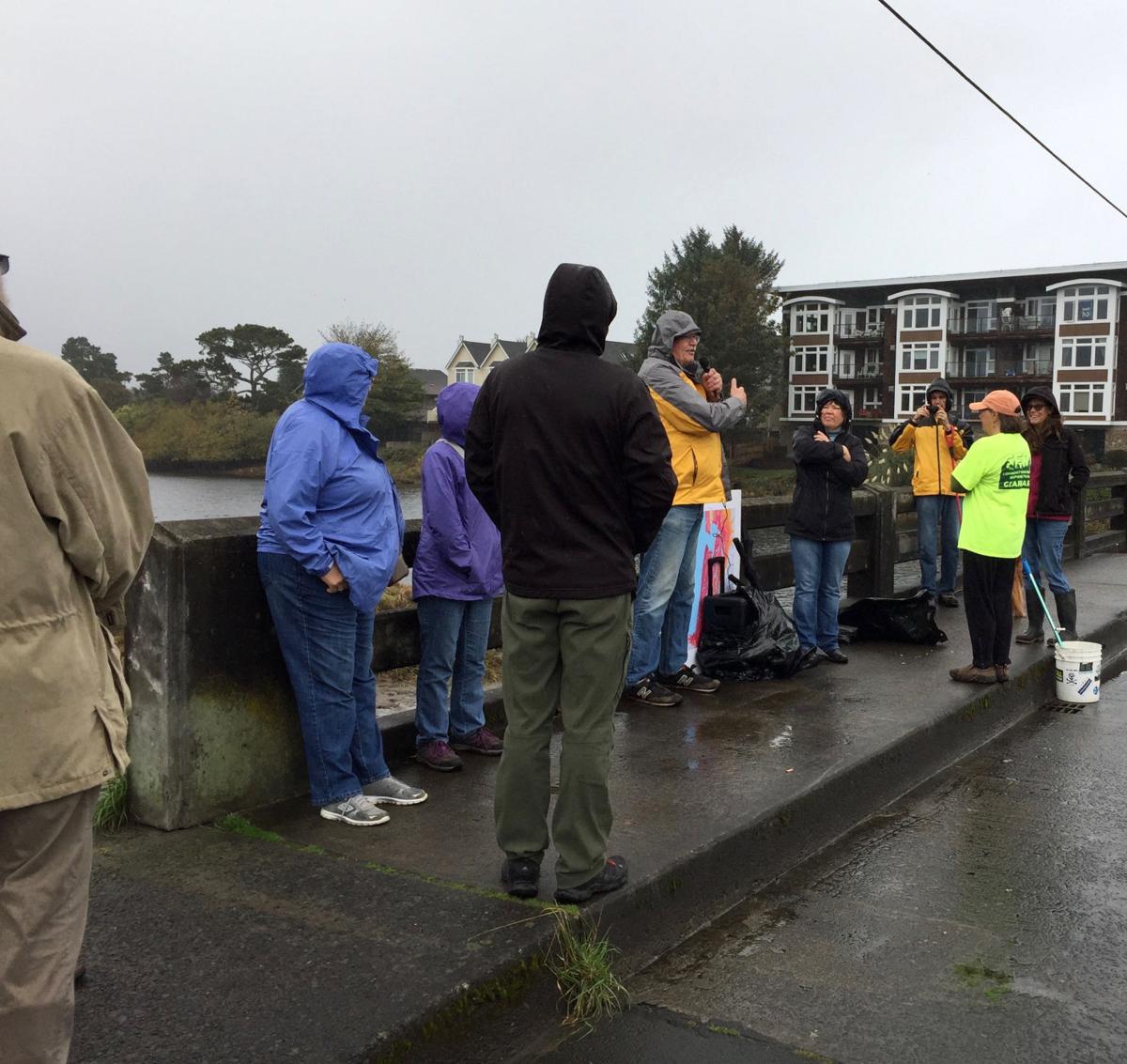 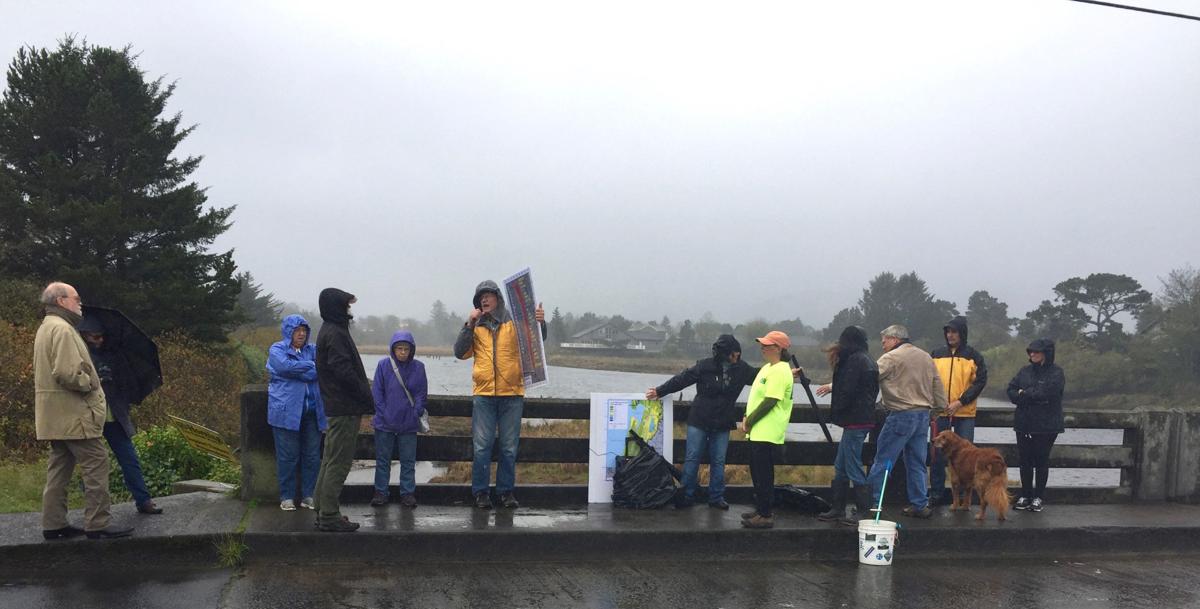 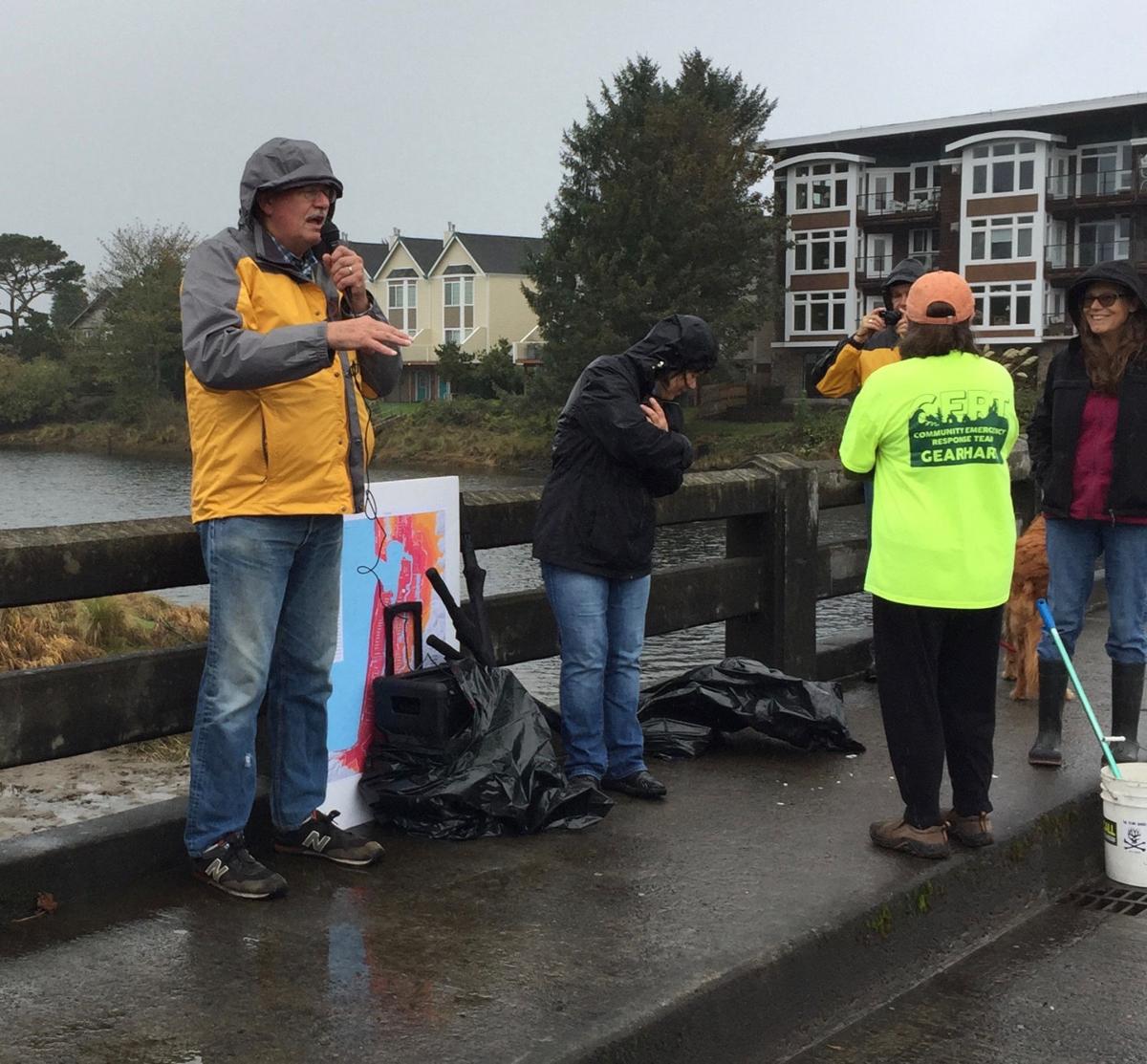 Horning chose the Avenue G bridge because of its vulnerability in the case of tsunami.

“The height of the bridge is about 16 feet above vertical level,” Horning said. “The water would rise about 45 feet, 30 feet over the top of the bridge.”

According to Horning, the bridge shifts as much as 16 inches either way and in an earthquake would fall off its piling caps and into the river.

The bridge and four others in the city, plus two essential proposed pedestrian footbridges, need to be replaced or built before the next earthquake strikes, Horning said. “There’s no guarantee these things will hold together,” he said. “In fact, there’s every guarantee they’ll fall apart.”

“Seaside, the most at-risk community, has to be the leader,” Horning said. “Seaside has the most to lose. Models estimate we’ll lose 92 percent of the buildings in Seaside, and that’s including the ones on the hill — those are the only ones that will survive.”

To fix all the bridges and put in two pedestrian bridges would cost about $30 million, Horning said. Costs could be paid by room tax fees or bond measures.

“I think he’s correct,” said Mike Annes, a Seaside resident who attended the rally. “It makes total sense. There needs to be a prioritized process. It needs to be figured out.”

Trump: Next 30 days vital in fight against coronavirus

Strong storms to move through the South