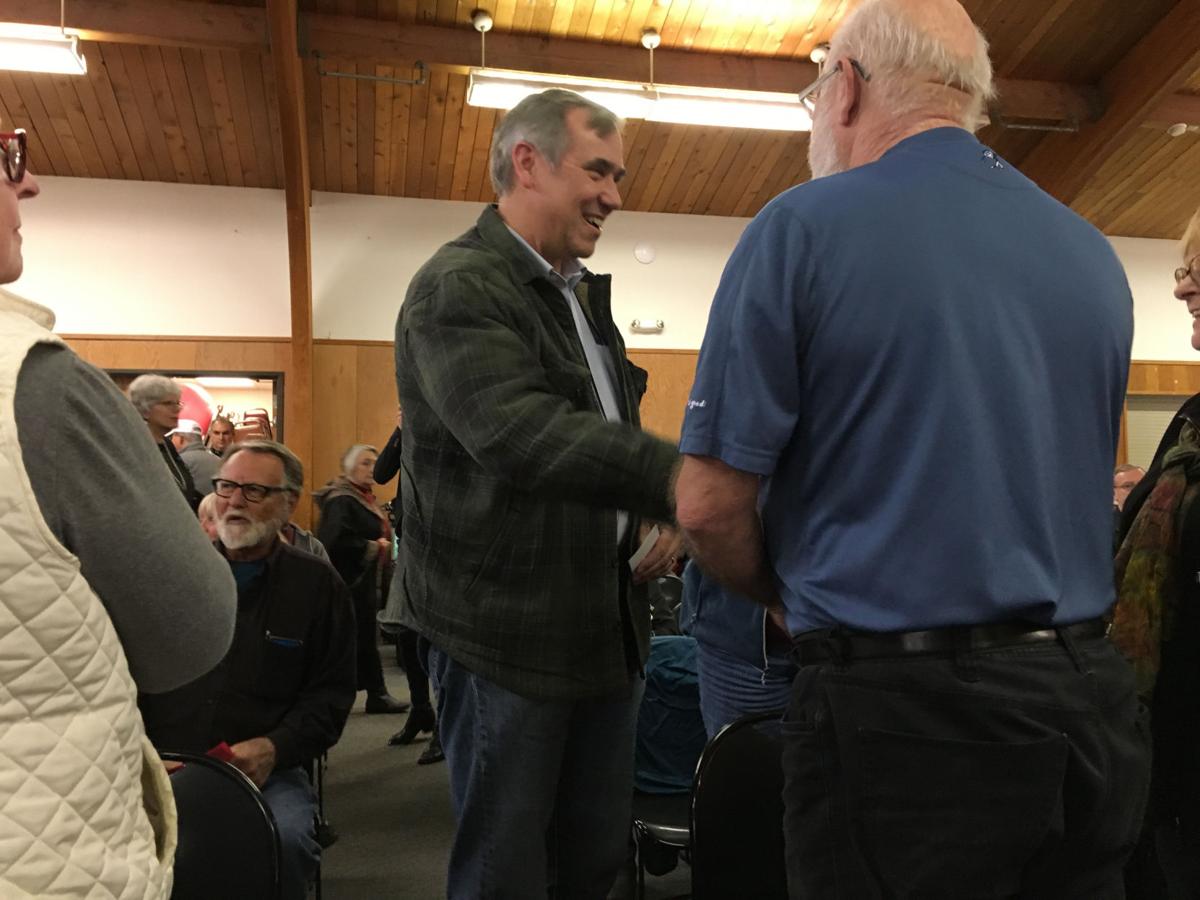 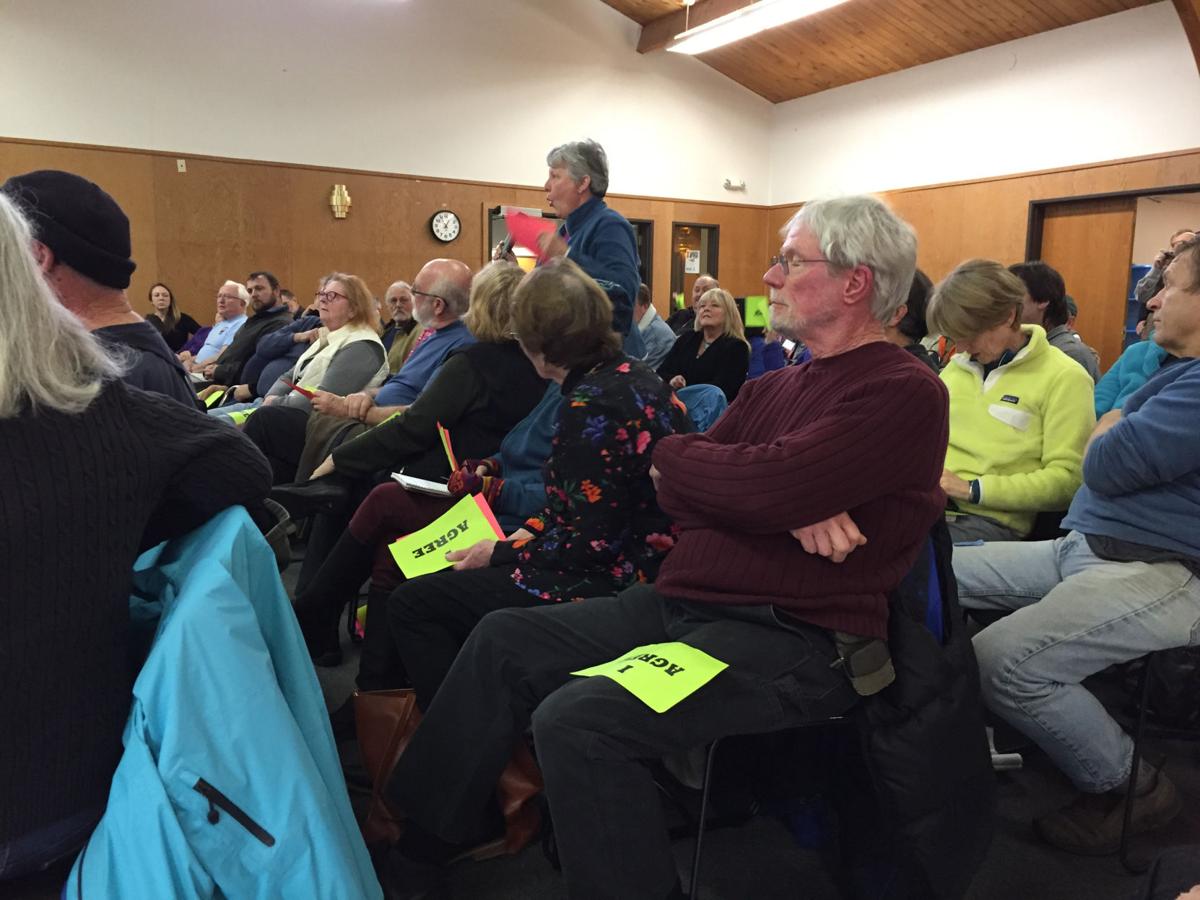 SEASIDE — U.S. Sen. Jeff Merkley listed gun-control ideas, including bans on assault rifles and large magazines, and asked people at a town hall in Seaside on Tuesday to raise their hands for each one they supported.

Nearly all of the more than 100 people packed in the Bob Chisholm Community Center expressed their support for each measure.

“It was a forest of arms up, and only a couple of people opposed to those measures, and that’s a little bit of feedback,” the Oregon Democrat said after the meeting.

The town hall touched on topics from health care, the environment, immigration and tax policy to presidential politics, the Russia investigation and corporate influence on elections.

Guns were the most oft-mentioned topic, though. Gun control has again become a focal point of national discussion following a shooting at a Florida high school last week that left 17 people dead.

President Donald Trump, who campaigned as a defender of the Second Amendment, has come out in support of expanded background checks and has ordered U.S. Attorney General Jeff Sessions to explore a ban on bump stocks, which make it easier to fire rounds more quickly. Bump stocks were used on guns in a mass shooting in Las Vegas in October.

While recognizing that some gun-control measures have bipartisan backing, Merkley — a supporter of such reforms — remained skeptical about whether any legislation could be passed.

“Well, I’m not yet optimistic even with the president’s statements because the Republican leadership has to decide to bring it up. I’m not sure that they will be willing to do so,” the senator said. “It’s essentially paralyzed by the influence of the gun manufacturers and the massive amounts of money that they’re spending.”

A couple of town hall attendees referred to the looming deadline for the Deferred Action for Childhood Arrivals program. The program allows undocumented immigrants who came to the United States as children, including more than 11,000 people in Oregon, to apply for two-year, renewable legal status and employment.

In September, Trump established a March 6 deadline for Congress to work out an immigration deal before the government stops issuing permits for the program.

“He wanted to use the issue of Dreamers not just as a conversation about Dreamers and border security. He wanted to do a complete rewrite of the traditional values of immigration,” Merkley said of the president.

Another attendee asked if Congress could do anything to limit deportation raids by U.S. Immigration and Customs Enforcement. Merkley said that he and U.S. Sen. Ron Wyden have asked the Trump administration to observe “safe zones” around schools and courthouses and challenged some detentions.

“We’ll keep pushing, but it’s under the president’s control,” Merkley said. “That’s not a very satisfactory answer, I know.”

Astoria City Councilor Tom Brownson asked Merkley about Trump’s $1 trillion dollar proposal to improve infrastructure. The proposal would rely on state and local governments to pick up most of the tab.

“We’re just barely keeping up with what we have and taking small bites into our infrastructure,” Brownson said. “It seems to be a know-nothing bill.”

While the need to fix infrastructure such as bridges and ports is apparent, the bill is structured so that the federal government can take credit for what state and local governments pay, Merkley said. The senator also criticized the proposal’s reliance on private-public partnerships and the tolls people would have to pay as a result.

“You can’t do a lot of infrastructure in that fashion,” Merkley said. “I don’t want to sell off our infrastructure. We get a lot more infrastructure when we do direct investment. We pay for it up front and we own it and we don’t pay tax for 100 years on the back end.”

Throughout the town hall, Merkley summed up his core philosophy in four issues: health care for every citizen, affordable housing, job availability and education.

“You know, sometimes I feel like all we’re doing is ranting about all the things that are going wrong,” he said. “That’s why I really feel like it’s so important to talk about what would make our country work better.”

Who is Brad Parscale?