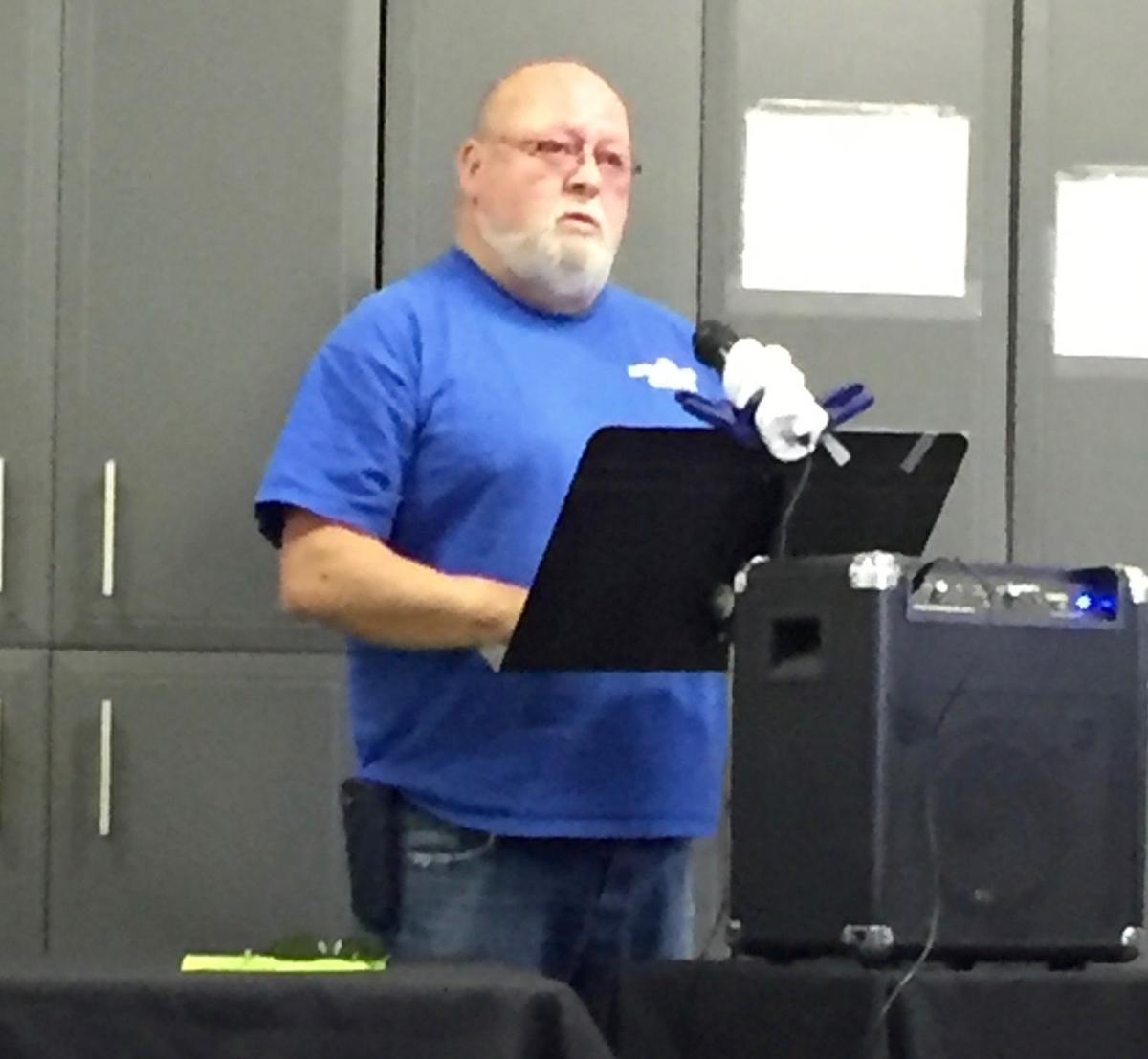 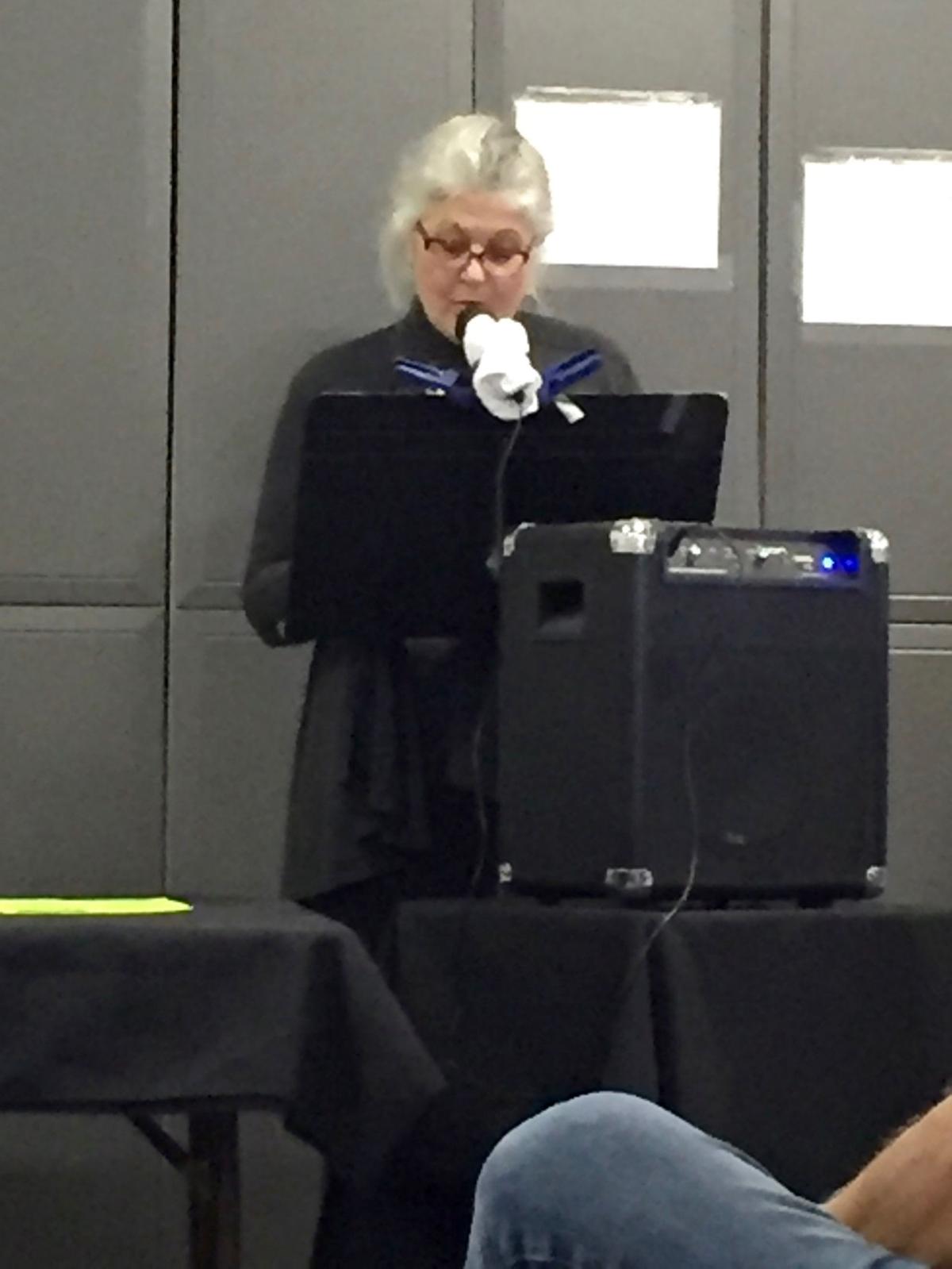 Jeanne Mark, who opposed the brew pub, spoke during the hearing. 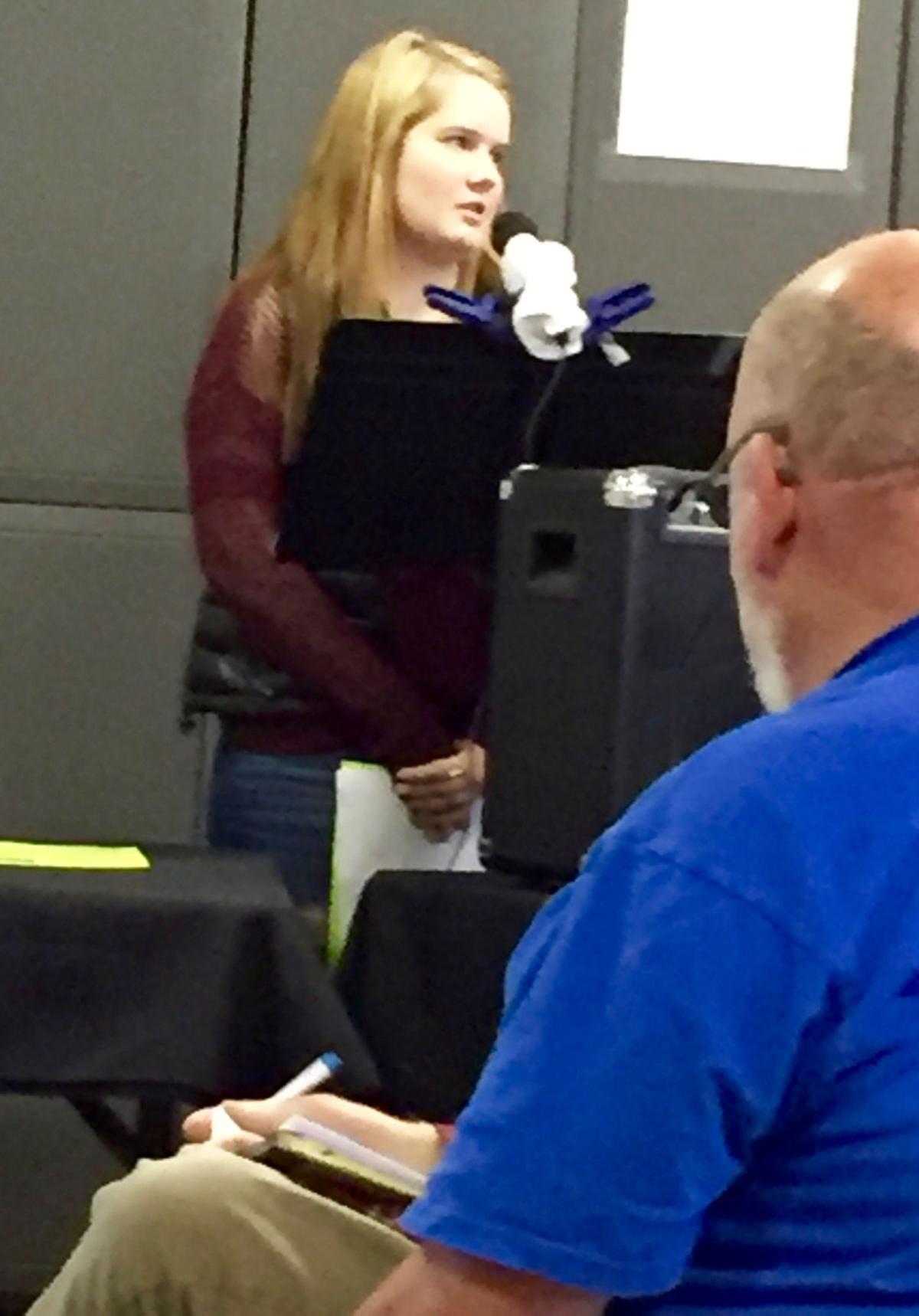 Gearhart Grocery employee Cathryn Roe speaks in favor of a new brew pub. Owner Terry Lowenberg is in the foreground. 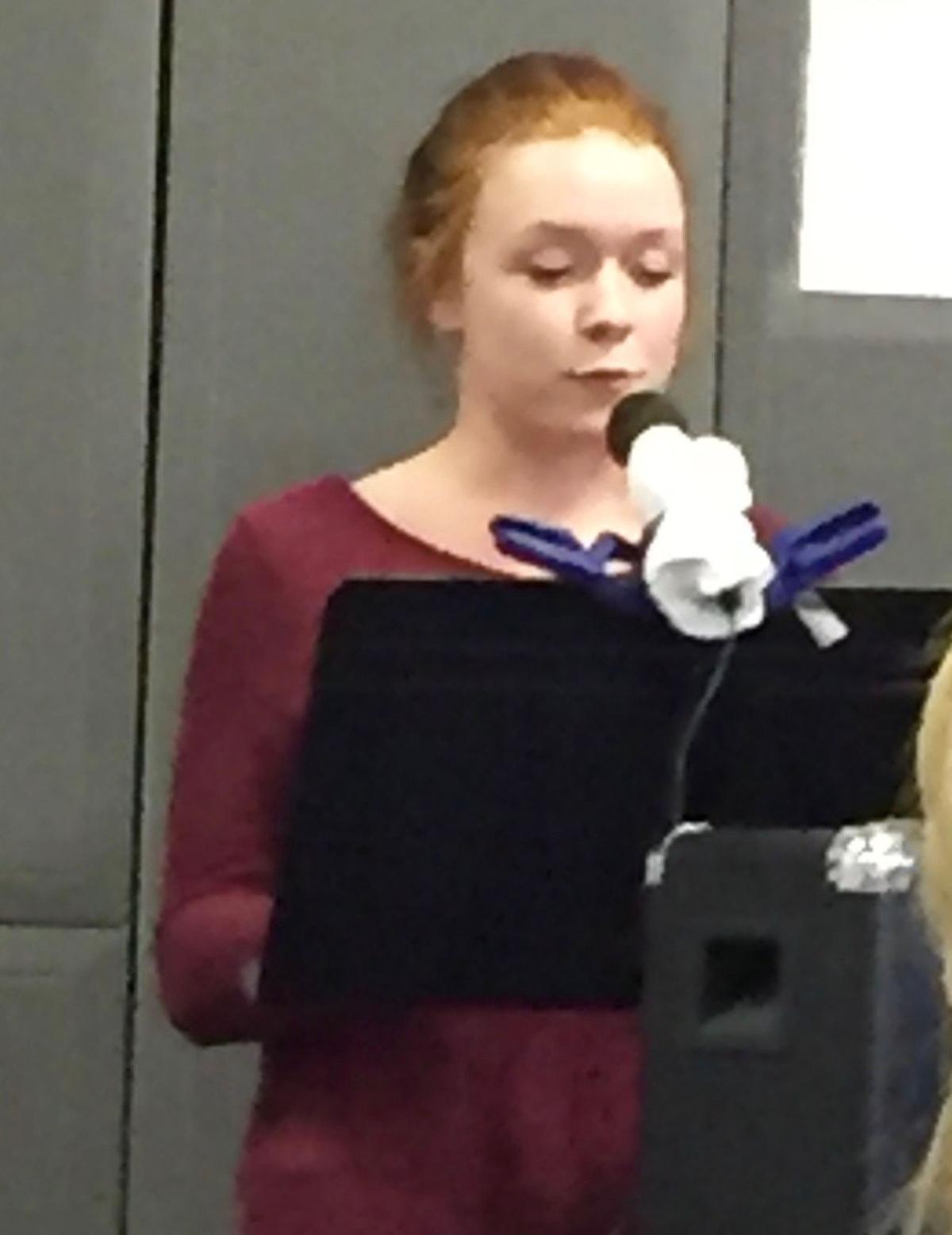 Alyssa Logan, an employee of the Gearhart Grocery, urges the council to endorse the grocery's transition to a beer pub 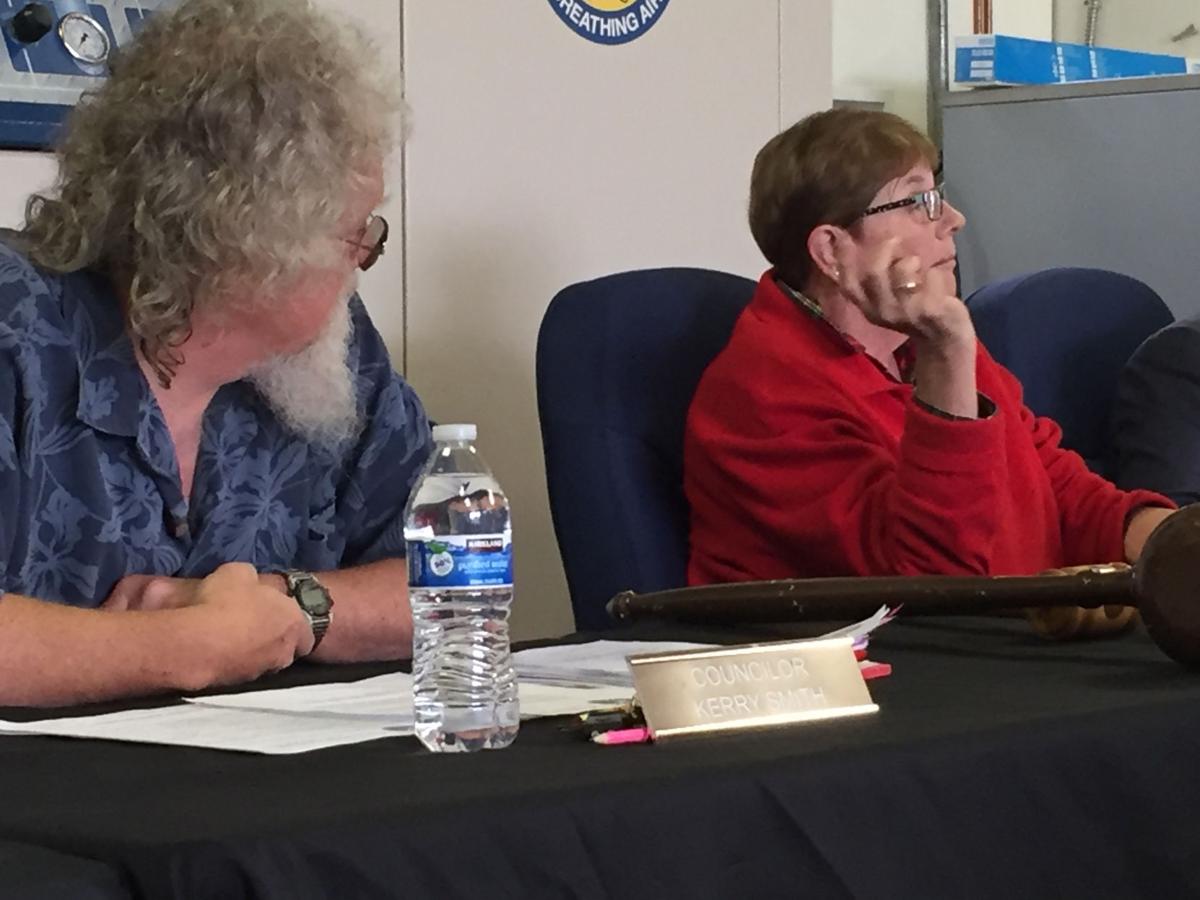 Jeanne Mark, who opposed the brew pub, spoke during the hearing.

Gearhart Grocery employee Cathryn Roe speaks in favor of a new brew pub. Owner Terry Lowenberg is in the foreground.

Alyssa Logan, an employee of the Gearhart Grocery, urges the council to endorse the grocery's transition to a beer pub

GEARHART — City councilors in Gearhart opened the way for a new brew pub Tuesday night, approving a conditional use permit for Gearhart Station at 599 Pacific Way.

In a three-hour hearing at the Gearhart firehouse, owner Terry Lowenberg of Sum Properties in Seaside told councilors the Gearhart Grocery could not compete with Fred Meyer, Safeway and Costco.

“We sell raw food now,” Lowenberg said. “Raw food is not a sustainable thing in this community.”

Lowenberg said alternative food choices, such as organic vegetables or specialty products, had not been successful with customers.

“People say they wanted it, we bought it, and we ended up eating it ourself,” he said. “We thought about what we could do to make it better, to make it a profitable business.”

Lowenberg said the brew pub would be limited to retail sales only. “We’re not looking to put in a Fort George or Buoy Beer.”

In March, planning commissioners voted 4-3 to OK the transition of the grocery to a 1,300-square-foot brew pub. The 40-seat pub — defined as a cafe under city zoning code — would include nine tables seating four people each, with four seats at a bar area. Brewing operations would be separated from diners by a glass partition.

Opponents said the brew pub is contrary to Gearhart’s comprehensive plan, citing 1994 goals to limit commercial activity in the city and to prevent the city from becoming a tourist destination.

They said septic facilities are inadequate and the city needs to retain its only grocery store.

After the Planning Commission granted conditional approval, the decision was appealed to the City Council by five Gearhart residents.

At Tuesday night’s hearing, residents were divided into “pro-brew pub” speakers and those who spoke against the plan.

Gearhart’s Jeff Roberts said he was “severely disappointed” by opposition to the brew pub.

“Our well wishes cannot keep a business afloat, only our dollars can, and to date we are not helping the owners keep a viable business,” Roberts said.

Roberts said many arguments against the brew pub were “patently ridiculous.”

Grocery employee Cathryn Roe, an Astoria resident, said she had worked at the market for more than two years.

“While I love a lot of our frequent shoppers, they just don’t shop with us enough,” Logan said.

Availability of other suitable sites owned by the Lowenbergs on U.S. Highway 101 should be considered, said Gearhart resident Jeanne Mark, one of those who filed the appeal to the Planning Commission decision.

Former Gearhart mayor Kent Smith said it was “hard to imagine” Gearhart without a grocery.

“A brewery is very close to being an industrial activity in a commercial zone,” Smith said.

Gearhart’s Rick Sabol said the Planning Commission decision was based on “inconclusive investigation of the facts,” without diagrams, a business or parking plan and no public need discussed or established.

“It is abundantly clear due diligence was lacking before a vote was called,” Sabol said. “There’s no need for another bar in Gearhart. Let’s keep Gearhart Gearhart.”

Councilor Dan Jesse asked Lowenberg if he intended to keep and run the establishment himself, or to have someone else run the business.

Councilor Kerry Smith was the lone vote in opposition. Mayor Dianne Widdop was not present.

Requirements for the business include a 10 p.m. closing, retail sales only and Department of Environmental Quality permits, among other conditions.

Tuesday’s decision could be appealed to the state’s Land Use Board of Appeals.

“We’ll process this, but it’s something we’ll definitely consider challenging, because we have enough material to have LUBA consider our position,” Mark said after the meeting.