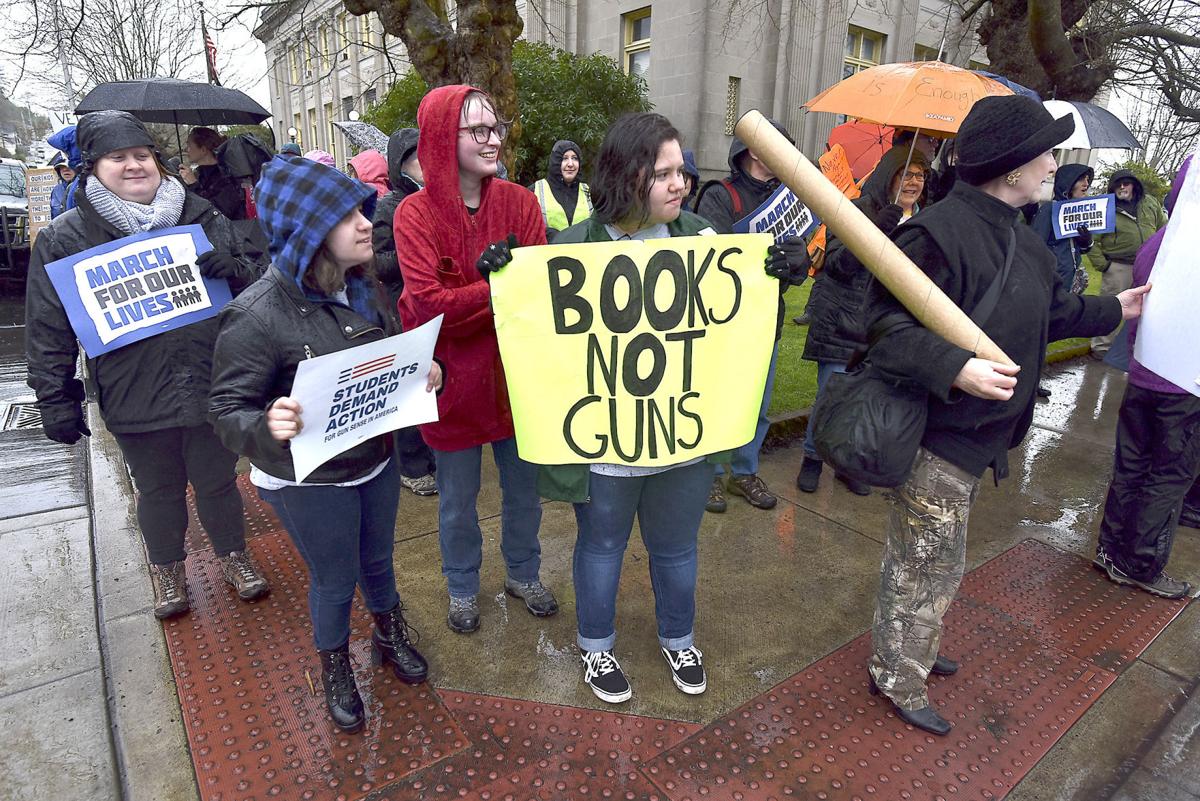 Hundreds of people gathered at an intersection in downtown Astoria for a gun control rally Saturday. 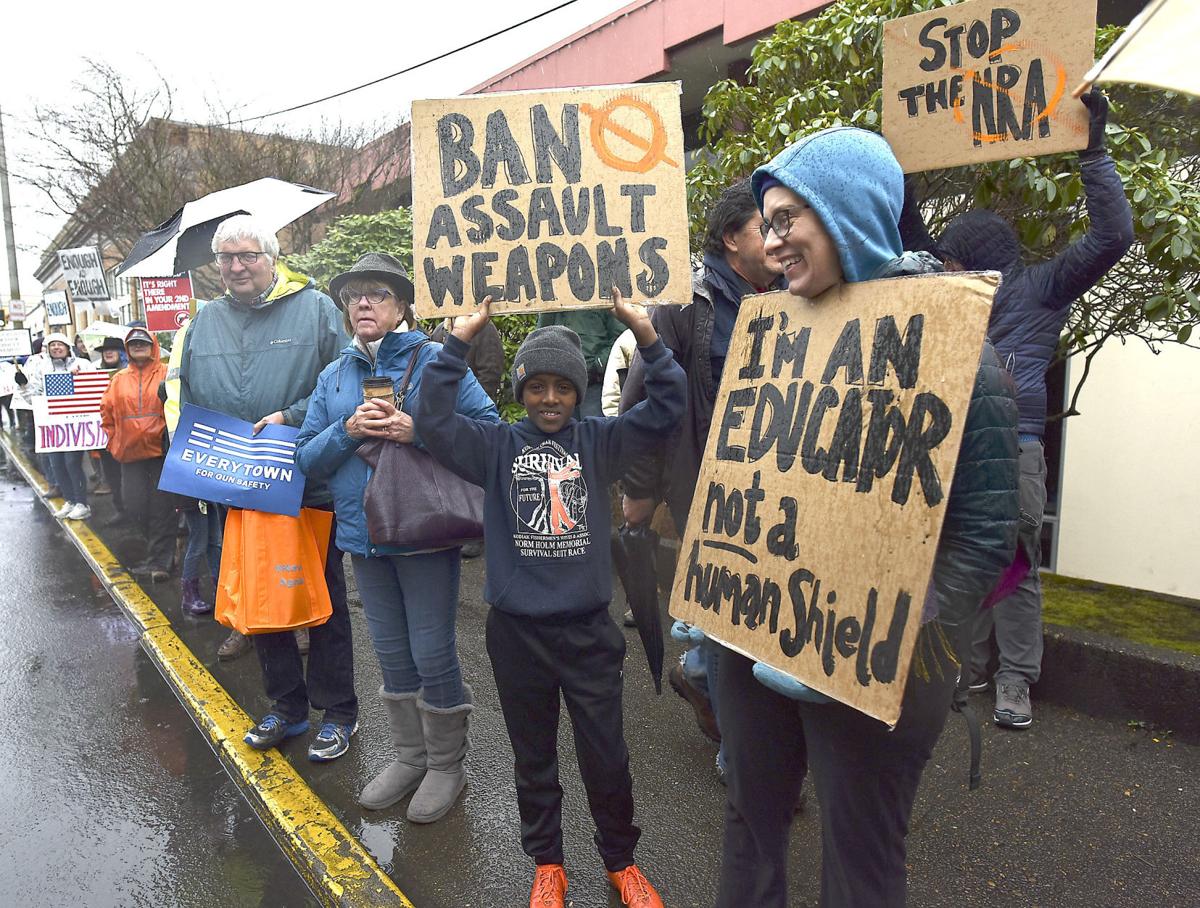 Protesters braved inclement weather for over an hour to voice support for gun control. 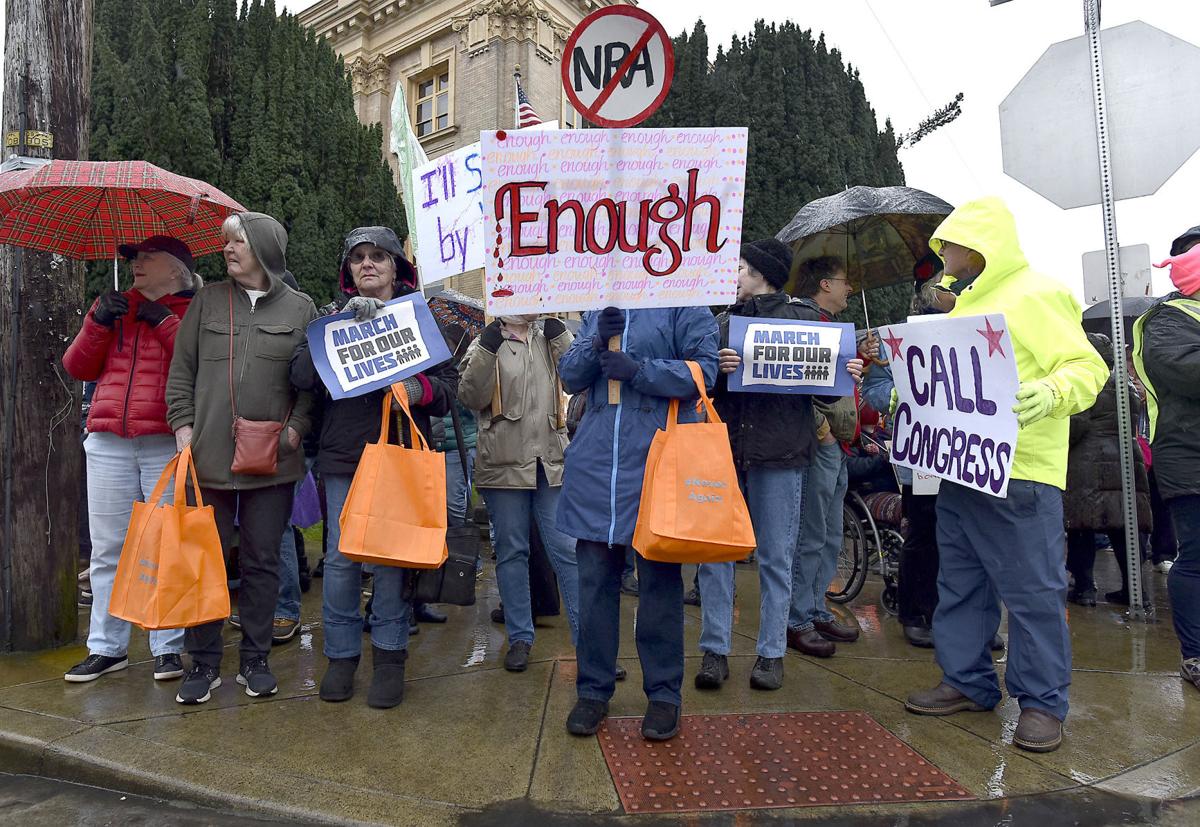 The Rally for Our Lives event in Astoria drew several hundred people on Saturday. 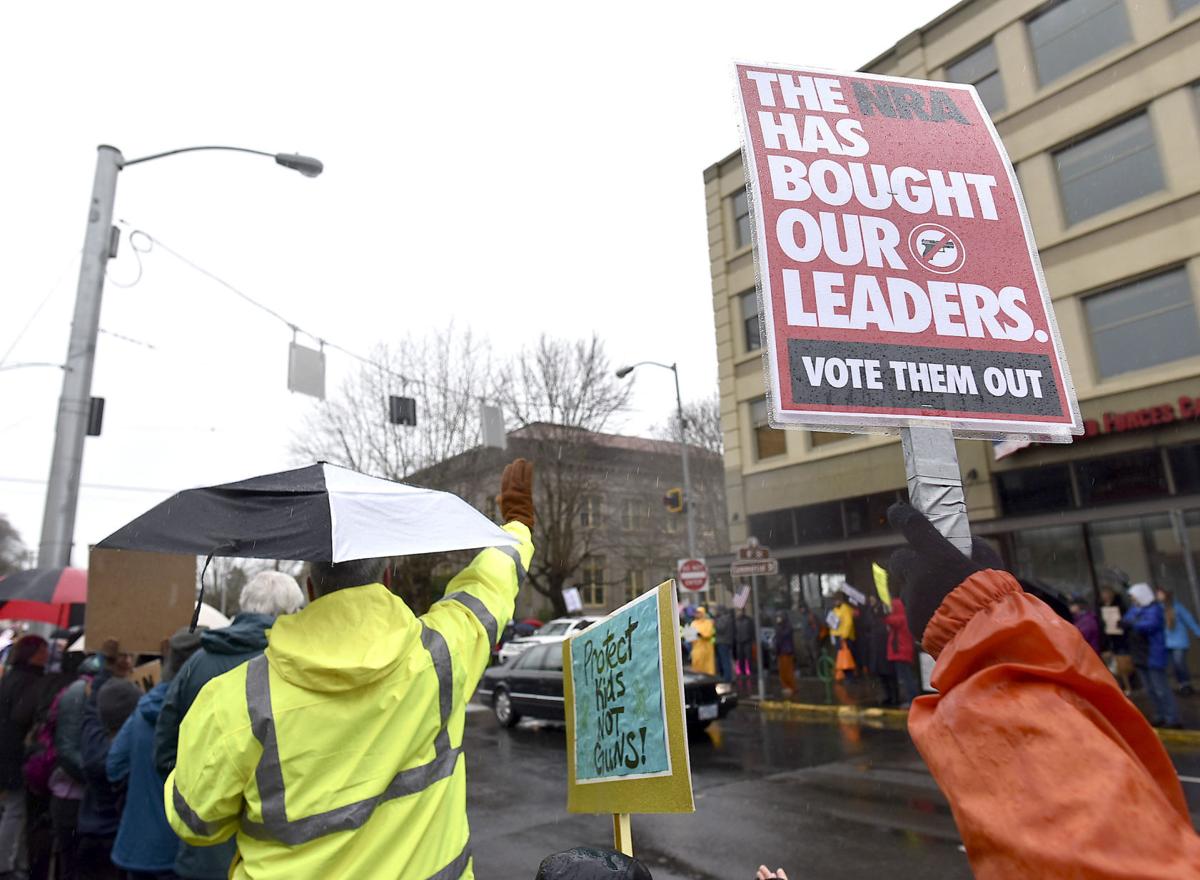 Cold and rainy conditions did not stop people from showing up to the event. 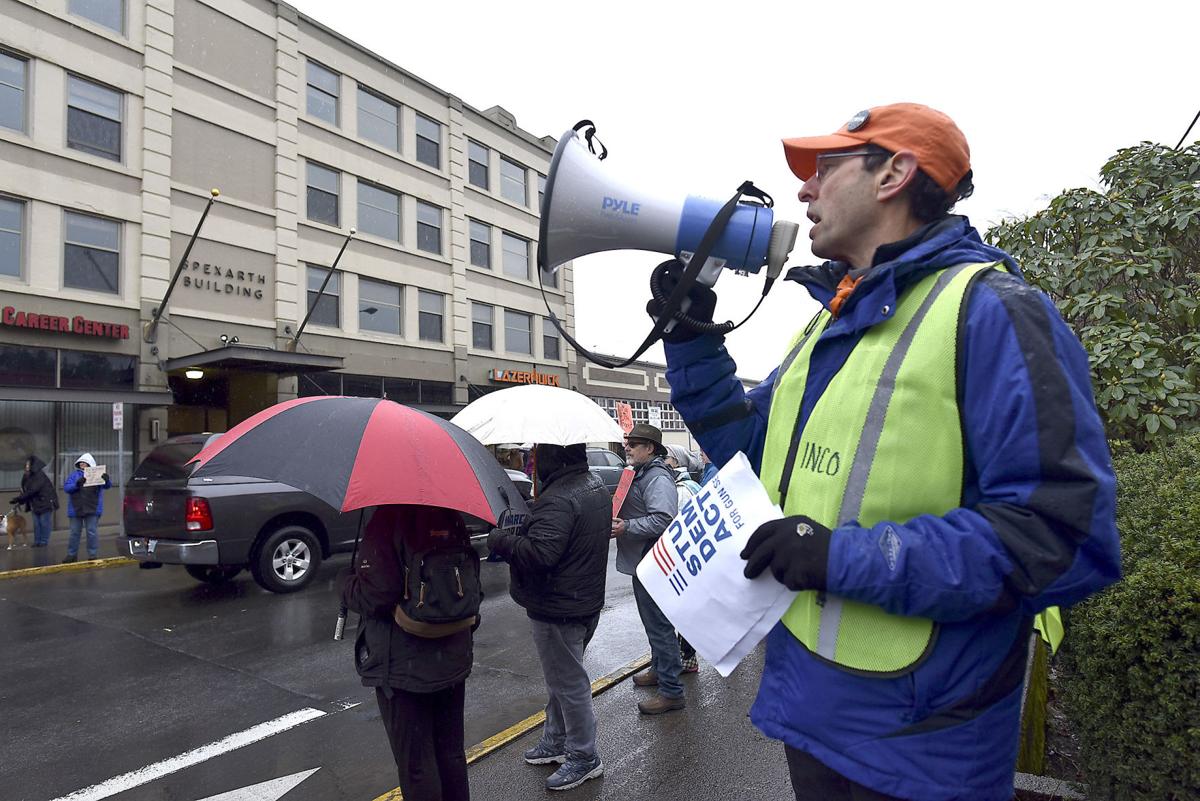 People used signs and bullhorns to voice their opinions on gun control.

Hundreds of people gathered at an intersection in downtown Astoria for a gun control rally Saturday.

Protesters braved inclement weather for over an hour to voice support for gun control.

The Rally for Our Lives event in Astoria drew several hundred people on Saturday.

Cold and rainy conditions did not stop people from showing up to the event.

People used signs and bullhorns to voice their opinions on gun control.

A red Toyota Prius was stopped at a street signal Saturday afternoon at an intersection facing east on Commercial Street by Eighth Street. During the wait, a passenger held a cardboard sign out the window that read “Vote them Out” — an apparent reference to lawmakers who don’t support gun control.

Seconds later, hundreds of protesters at the four corners of the intersection chanted the sign’s message in unison. Demonstrators shared similar messages for more than an hour in chilly, damp weather. The rally, one of several in Oregon, was organized in support of the national March for Our Lives that took place Saturday in Washington, D.C., and across the nation and world.

In lieu of a march, Indivisible North Coast Oregon — the progressive activist group that organized the event — encouraged participants to bring signs and yell chants as some of the drivers passing by honked their horns.

“We’re doing kind of a reverse march,” said Laurie Caplan, one of the group’s leaders. “We stand still and they drive past us.”

In response to a February shooting that killed 17 people at a Florida high school, local students have been attending Indivisible meetings as the group prepared for the rally.

“They thought having a main kid here would be awesome to show it’s not just parents and adults setting this up,” said Azaria Damghani, 14, an Astoria High School student who helped lead a walkout at the school earlier this month against gun violence. “We hope people are finally realizing that these adults have kind of screwed us over. It’s intriguing that these adults are so surprised that we want to speak up.”

Conversations about guns have reached students at other schools throughout Clatsop County as well.

“Our teacher, she talks a lot about guns, which I understand,” said Gohr Quin, 10, a Lewis and Clark Elementary School student.

An Astoria police officer stood watch at one of the street corners throughout the rally. Small barricades, which were not used, were stacked near the post office.

People at the rally overwhelmingly vocalized their support for gun control legislation, with some exceptions.

Lois Dupey, 61, of Astoria, stood on one of the street corners chanting, “Defend the Constitution” and holding a sign that read, “Take out the Second Amendment and who will defend you?”

A handful of protesters crowded her to challenge the statements. “Do you want kids to be killed by guns?” one man asked her. “Don’t touch me,” she snapped back.

“The Second Amendment is under attack by the people who are using terrorist acts in our schools to take our guns away. Not OK,” Dupey said after the rally. “People get on this bandwagon and just don’t think.”

Students at the rally said recent shootings and the need for routine lockdown drills have frightened them.

“I don’t like the impending doom feeling like I could walk into school one day and watch my friends die,” said Leo Van Steenberg, 14, an Astoria High School student.

Many at the rally questioned whether elected officials have the political appetite to change gun laws.

“They’ll probably just put out a statement and say, ‘Hey, thanks for going out,’ and probably do nothing,” said Abby Ank, 15, an Astoria High School student.

From Trump to Biden: How transfer of nuclear codes will work

This is how Biden says he'd fix the health care system