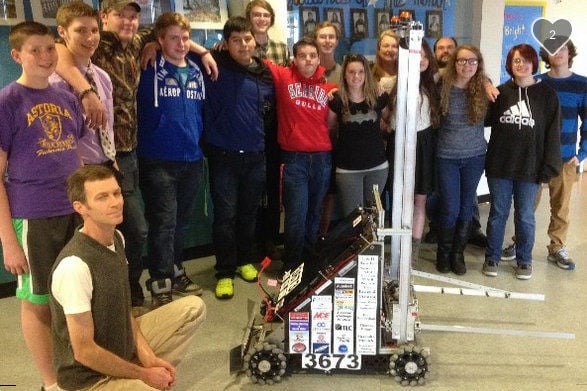 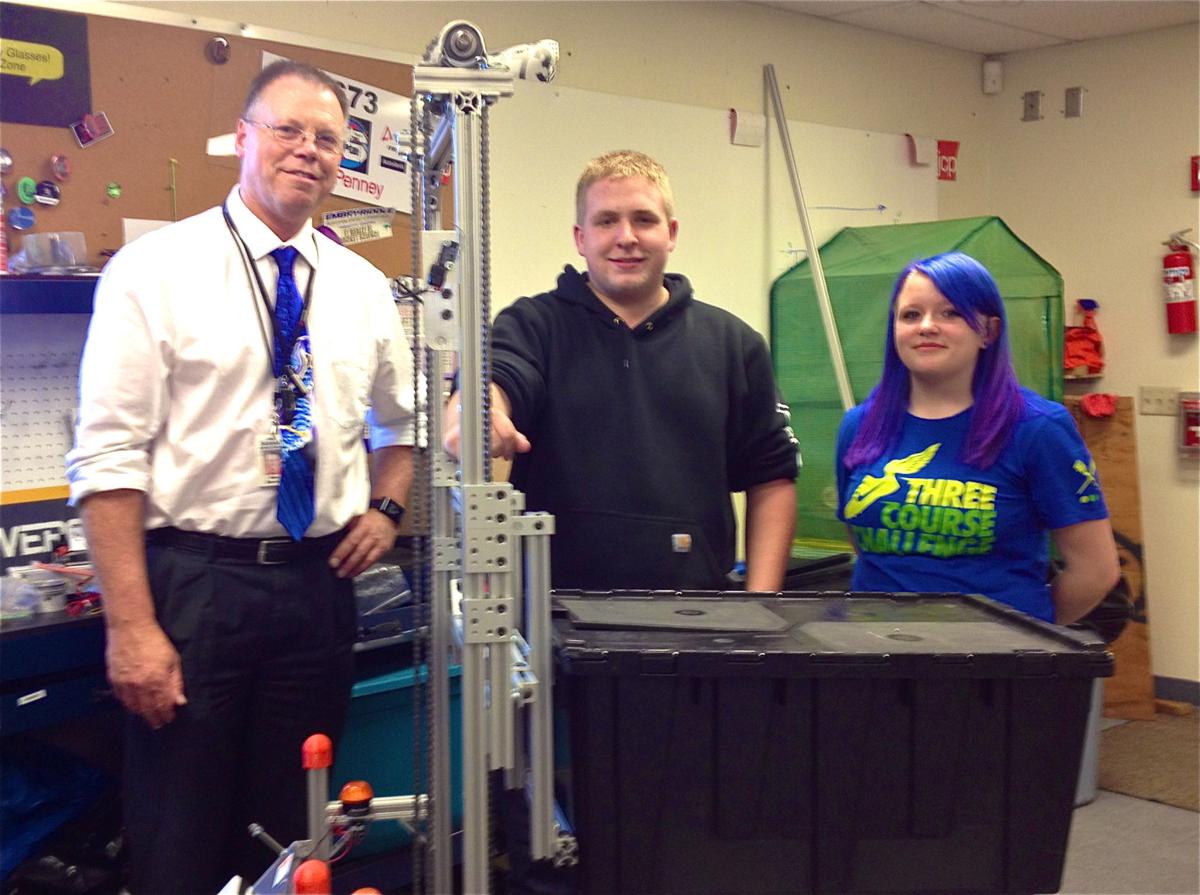 At Seaside High School high school, the robotics team gives students real-world experiences — but that comes along with real-world costs.

Each year, the program tries to raise at least $20,000 to cover materials and the cost of traveling to competitions. The CYBORG Seagulls — the acronym stands for “Creative Young Brains Observing and Redefining Greatness” — got an early boost in fundraising this year as the recipient of a portion of proceeds from Lighthouse Christian Church’s bluegrass carnival held Sept. 19.

Church secretary Dorene Sheldon said the barbecue is a long-standing tradition for the church. Live bluegrass music was added a few years back. This year the church expanded the event to include a carnival fundraiser “and then decided to share with the community,” Sheldon said.

Church staff asked Seaside High School administrators what would be a good program to adopt, and they mentioned the robotics program, Sheldon said. If the carnival fundraiser becomes an annual event, the church may choose a different school, organization or program to adopt next year, she said.

“We’re hoping to make it a tradition,” she added.

Once the proceeds from the carnival are calculated, they will be split between the church’s women’s ministry and outreach programs and the robotics team.

The carnival featured obstacle courses, a dunk tank, inflatable bouncers, bingo and a bake sale. Seaside students attended the fundraiser to represent the team, share information about the program and demonstrate three robots they created.

Other team members were busy the same weekend selling T-shirts and lending assistance with registration during the Seaside Cross Country Team’s annual 3-Course Challenge. In exchange for the help, the cross country team generally donates about $1,000 to the robotics program.

With the addition of the two fundraisers, the robotics team is starting the year off well, with about $15,000, Brown said.

“Real-world projects have real-world costs, and that’s great that students get to work with real stuff, not just tape and string,” Brown said.

Since its creation six years ago, the Seaside program has grown from having a single robot to four full-sized robots and spare parts.

The program only recently started for the 2015-16 school year with an initial meeting two weeks ago. About 20 students showed interest. The team will solidify in the coming months, and January and February comprise the busiest part of the season for the team.

“The fall is kind of preparation and tune-up,” Brown said.

On Jan. 9, all teams participating the FIRST Robotics Competition worldwide will receive this year’s competition design rules. Students then have six weeks to build their robot before heading to district tournaments. In past competitions, robots have ben programmed to stack boxes, throw Frisbees and shoot baskets.

Seaside offers one of three FIRST robotics teams on the Oregon coast. Students from Astoria High School join Seaside’s team, Brown said. High school robotics features “a pretty supportive community” that may not be found in sports or other competitive activities, he said.

The program also offers a wide variety of tasks for students with differing skills. Sophomore Melanie Castle said she is “more on the artistic side,” and the designing aspect drew her to robotics. Now that she’s a part of the program, “I’m interested in it all.”

Senior and returning team captain Austin Calder joined the team his freshman year with a friend. Over the years, he has developed a number of real-world and transferable skills through the program.

“It just gives me a more hands-on experience and gets me closer up and deeper than a piece of paper would,” he said.

Calder is one of two students taking part in a 3-D printing endeavor for their Pacifica Project. The students will work with Enabling the Future to design and print plastic robotic “helper hands” for children and adults missing their hands. Castle hopes to help with the project.

“The robotics team gives students that opportunity,” he said. “They get to design, they get to build and they get to learn to use tools.”

Paintball prank met with return fire from a real gun

Cooper: We are witnessing dishonesty the likes of which no one has seen before