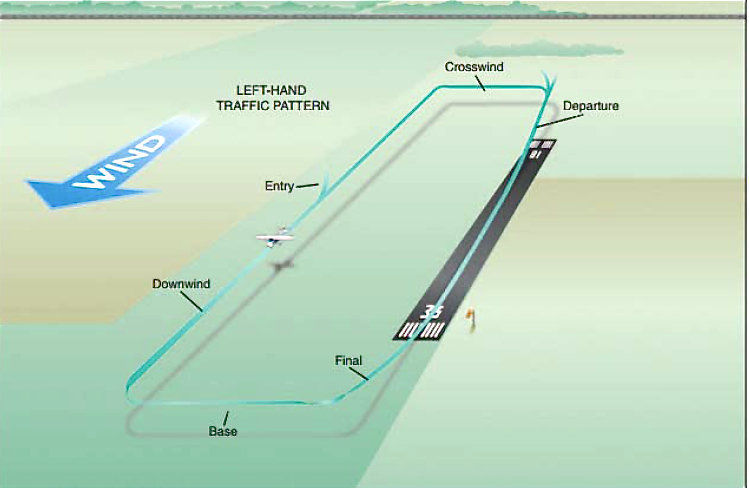 Takeoffs and landings at Seaside Airport are regulated by the Federal Aviation Administration. 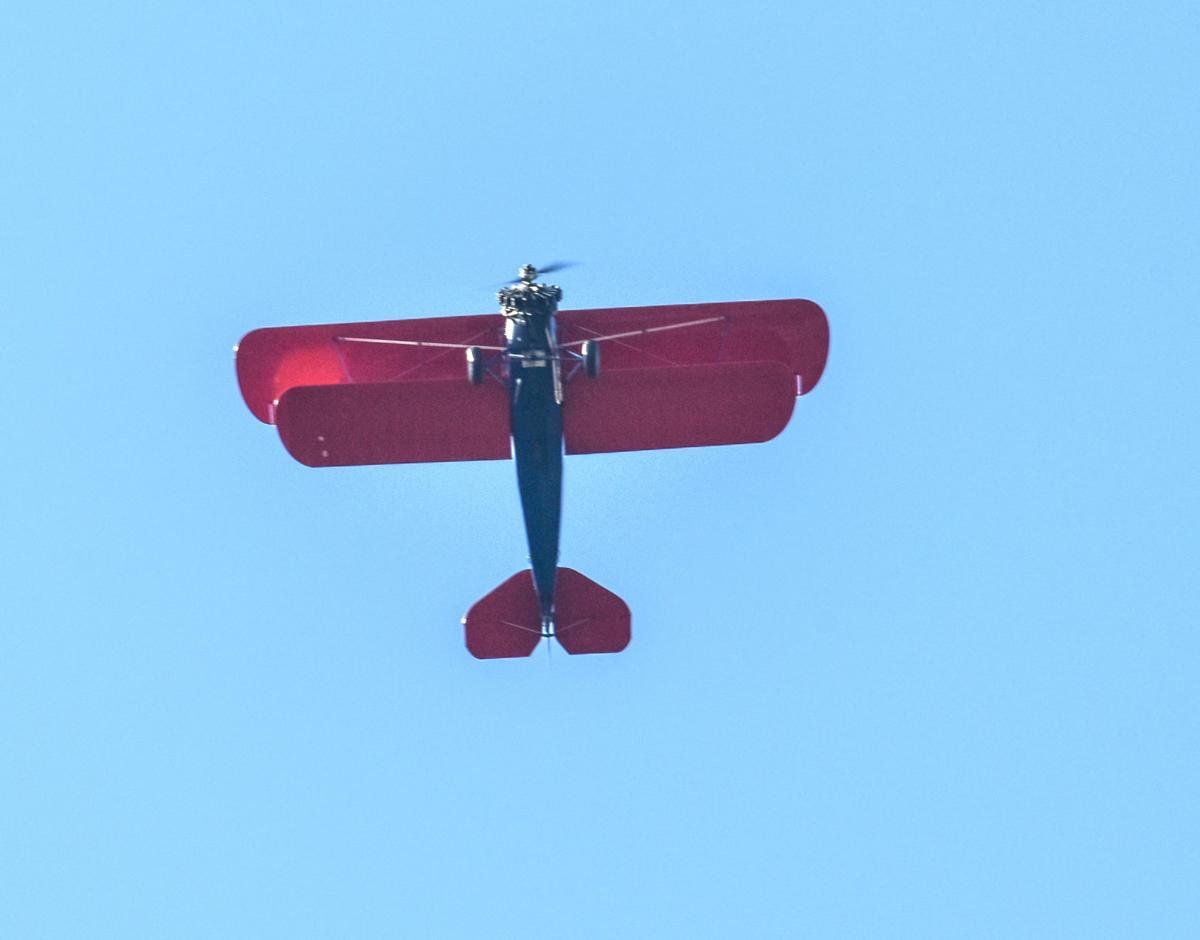 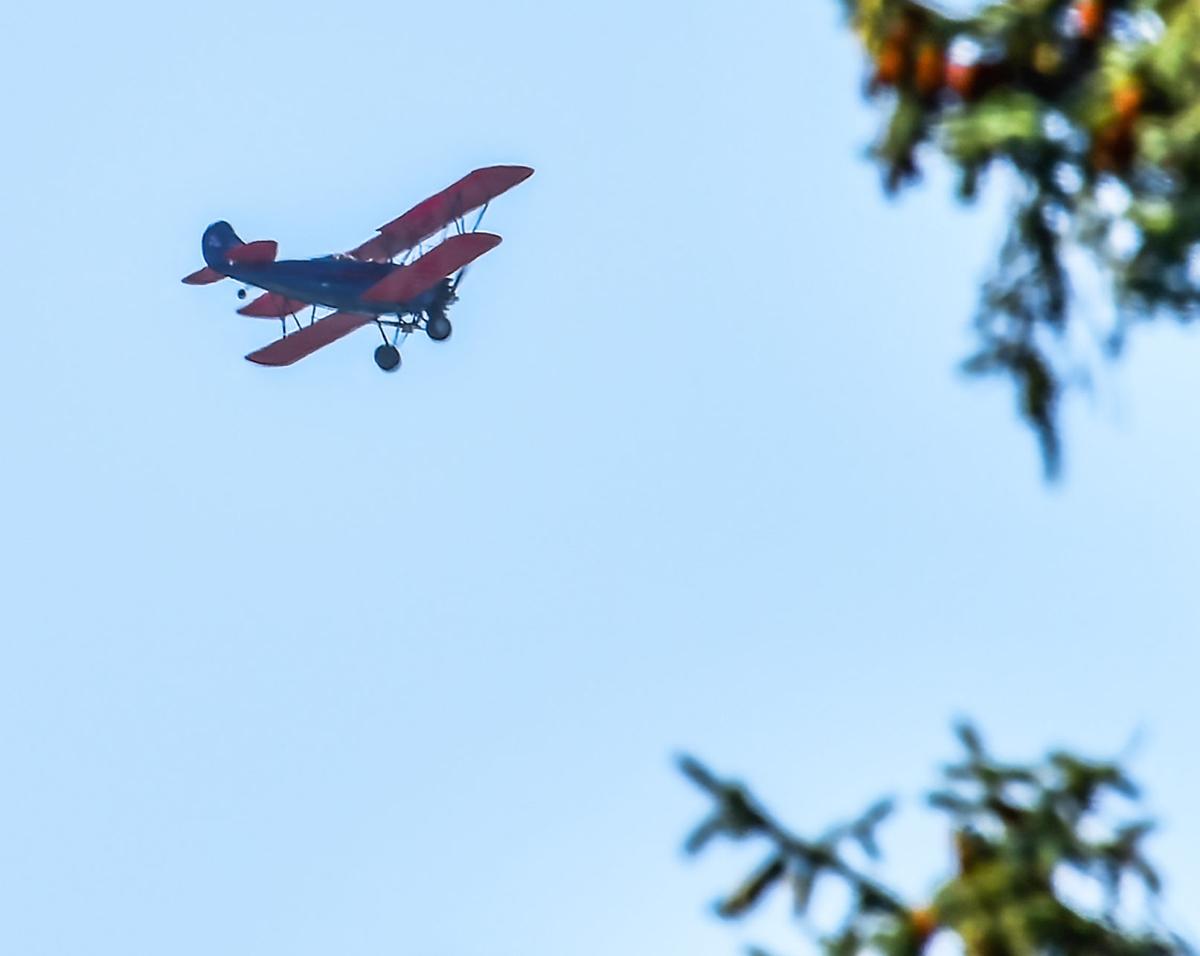 Jim Grant's biplane flies over a neighborhood by the Necanicum Estuary in Gearhart.

Takeoffs and landings at Seaside Airport are regulated by the Federal Aviation Administration.

Jim Grant's biplane flies over a neighborhood by the Necanicum Estuary in Gearhart.

The Seaside Airport Advisory Committee wants to talk with Jim Grant about his summer biplane tours. But the group’s “hands are tied” when it comes to restricting activity by licensed pilots like Grant who observe Federal Aviation Administration rules, members said.

On Sept. 22, the committee considered action after reports of noise, low-altitude flying and environmental impacts to the Necanicum Estuary, a wildlife reserve designated an important bird area.

Gearhart’s Mayor Dianne Widdop, a committee member, said she has received “a lot of complaints” from residents about the biplane.

Gearhart resident John Dudley said the unvarying tour route is “a repetitive issue,” and would like the route changed “to minimize the impact on any one corridor.”

Grant, who did not attend the meeting, has a clean, 3,700-hour flight record, many of those miles on tours over Seaside, the Necanicum River and up to the Columbia River and Astoria. His Seaside business, Jim’s Biplane Rides, continues to operate after 20 years at the airport. This year he flew an average of three flights per day, with most tours taking place weekends, according to his log. His season ended in mid-September.

Arriving airplanes must be at the proper traffic pattern altitude 1,000 feet above the airport elevation before entering the landing pattern. Pilots should begin descent between one-half or one mile from the runway and the plane’s base turn should take place at 45 degrees from the end of the runway.

Committee member and pilot Teri Carpenter said those standards are important so a pilot knows “where to look to see what people are doing,” especially at airports without control towers.

As for wildlife protection, Henderson said FAA altitude restrictions apply at specific areas along the Oregon Coast, but only near federally protected lands. State or local wildlife habitats, such as those within the Seaside airport pattern, are outside restricted areas.

The last reported bird strike in the vicinity of the Seaside airport was 13 years ago and there was minor damage to the plane.

Grant tried experimenting with alternating patterns in response to complaints before reverting to his original flight plan for safety reasons, Henderson said.

Non-pilots may not understand “the very intricate ways in which we train and learn how to fly and what the safest thing to do is,” Henderson said. “It is the traffic pattern. Within that pattern, the safest path may be going over some people’s houses.”

If a pilot is flying in the legal pattern and is not comfortable with variations, “I would defer to another guy’s judgment,” he added.

Henderson said he is concerned a flight path complaint about one pilot could lead to complaints about other pilots or their routes.

Committee member and airport manager Neal Wallace said the committee could send a letter to Grant, expressing the issues presented. That would spark a conversation and produce a written record of the discussion.

A letter would give Grant the opportunity to respond and give his safety concerns over proposed take-off, landing or route changes.

Since Grant’s business is licensed by the city, not the airport, if citizens want to speak on the issue they would need to address the Seaside City Council. “Let him tell us why he can, will or won’t, and let him give us his reasons,” Wallace said.

“I have no inclination to shut his business down,” Dudley said, adding Grant’s biplane is a worthwhile enterprise. “My desire is for some degree of conciliation.”

Kobe Bryant: There are women who could play in NBA "right now"