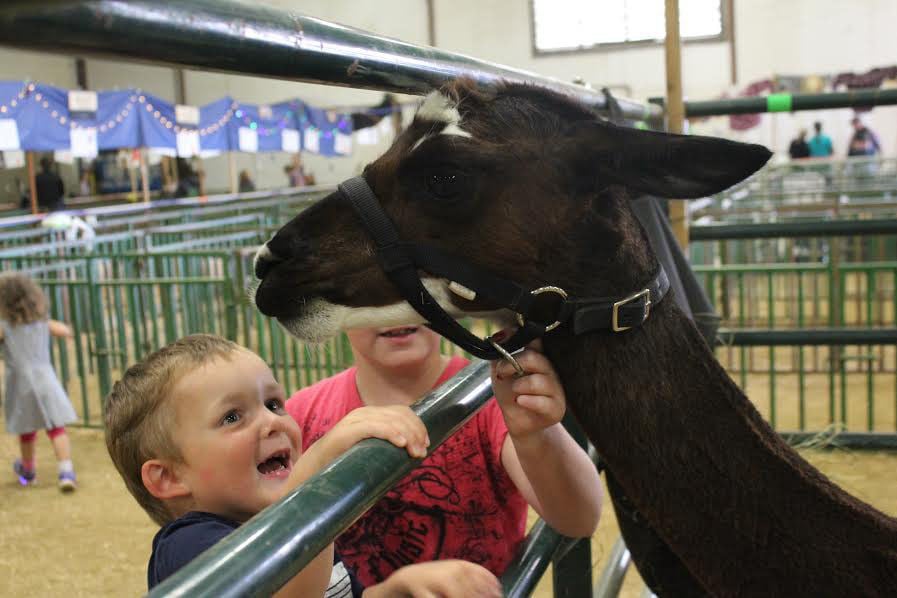 Clay Sovince meets ‘Daisy,' a llama, at the Clatsop County Fair on Tuesday. 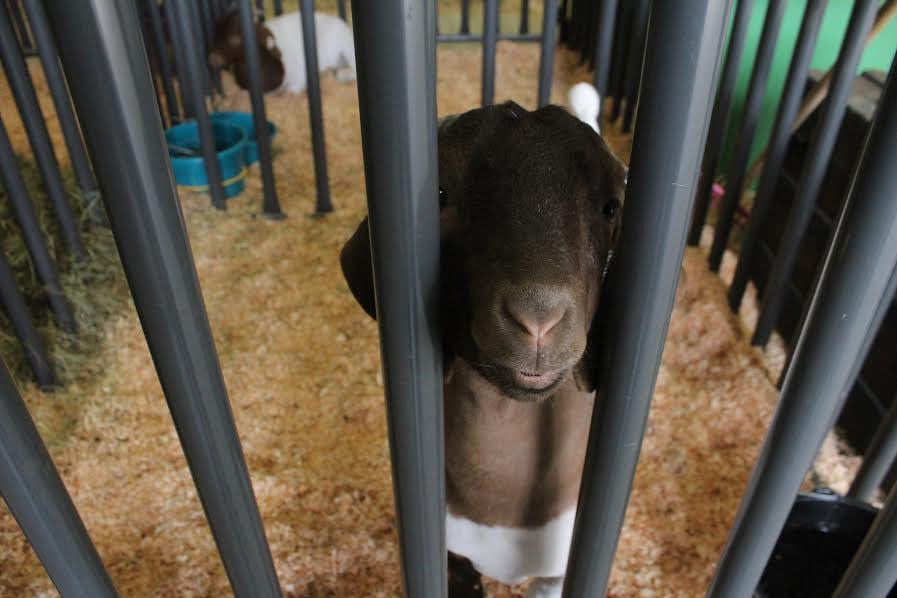 A goat at the county fair. 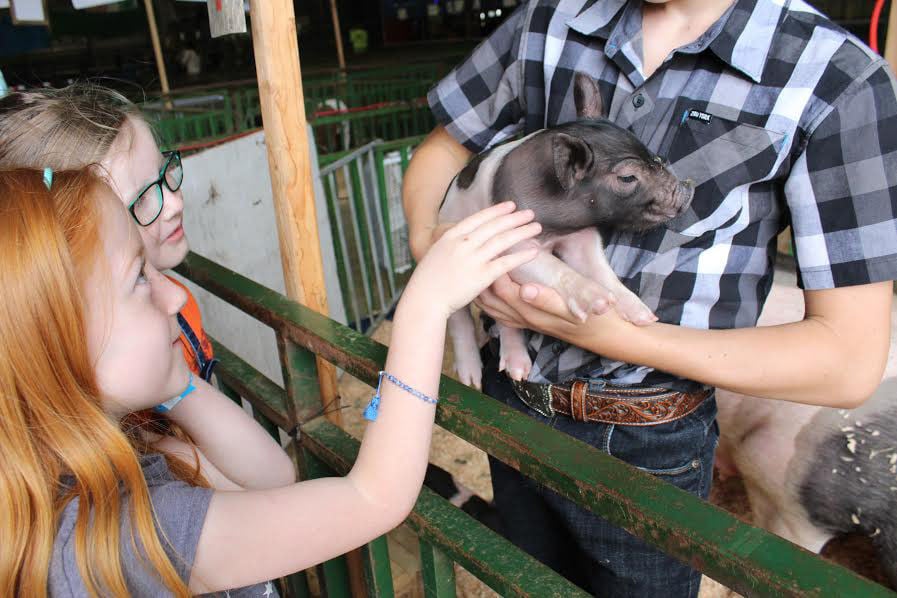 Cole Biamont holds a piglet at the fair. 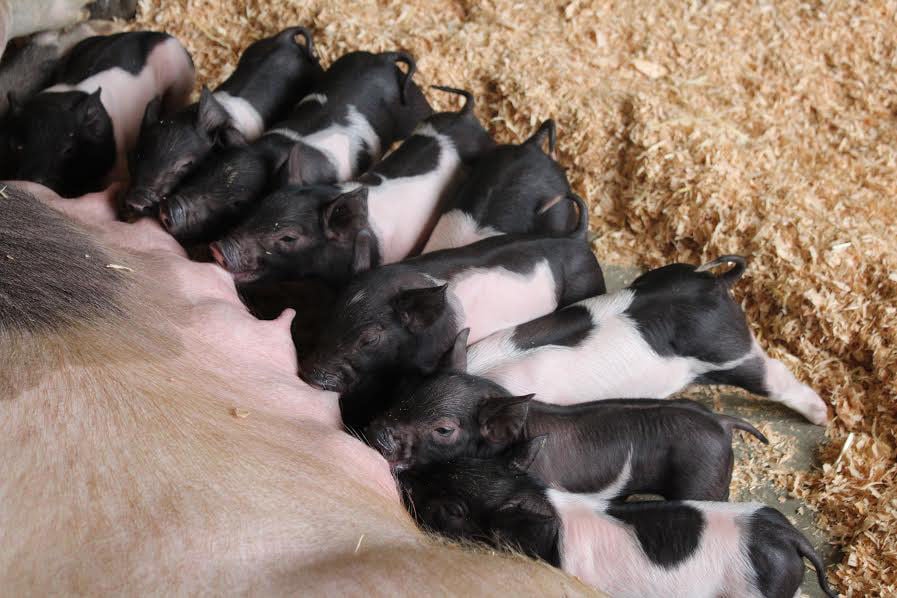 Piglets get an afternoon snack at the fair. 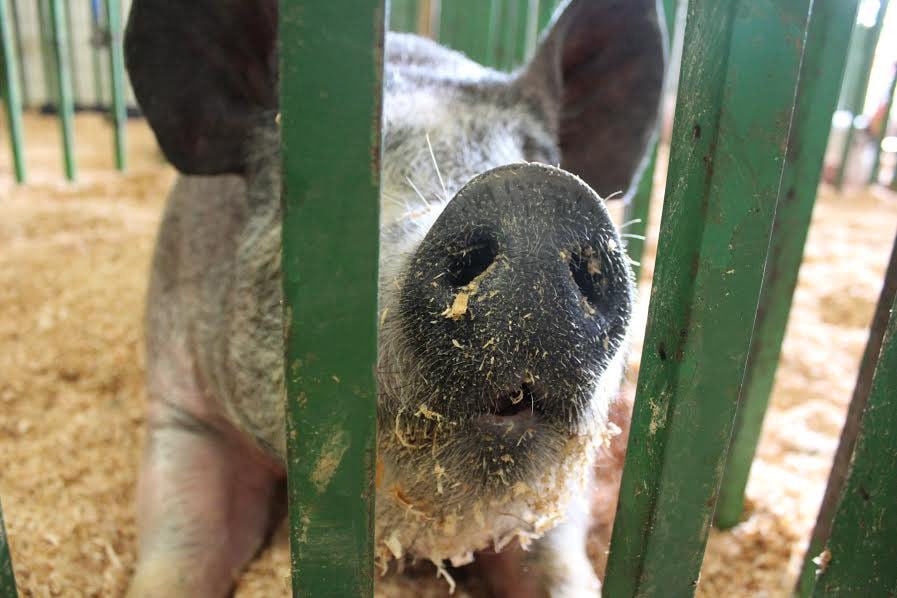 A pig at the fair.

Clay Sovince meets ‘Daisy,' a llama, at the Clatsop County Fair on Tuesday.

A goat at the county fair.

Cole Biamont holds a piglet at the fair.

Piglets get an afternoon snack at the fair.

A pig at the fair.

The Clatsop County Fair opened on Tuesday with signature rides, funnel cakes and 4-H competitions, along with a few changes, thanks to new manager John Lewis.

The fair will have monster truck rides, an antique tractor section and extreme jeep races on Saturday for the first time. Lewis hopes the attractions will cultivate renewed interest in the fair by locals.

“A lot of people that I know personally save up and go to the Tillamook fair the week after us, because they have all of this stuff,” Lewis said. “I want to bring some of that here, so the people who live here want to come here, not save up to go to another fair.”

Many locals come to the fair for the 4-H exhibits, where young people show off the animals they’ve helped raise, including pigs, goats, chickens, cows, sheep, rabbits and horses.

“We’re one big family,” said Ashley Sisley, 12, who has been in 4-H for two years and works with dairy cows and pigs.

Some young people who live in cities are able to participate in 4-H by pairing with a 4-H leader who has the resources to raise animals.

Isabella Clement, an Astoria High School sophomore, has been in 4-H since the fourth grade, and helps raise pigs and lambs on her leader’s farm.

While Clement loves the program, she and many other competitors find it difficult to say goodbye to their animals after the week at the fair. Clement’s pig, born in February, will be sent to market after the fair is over for meat production.

“It’s hard, but I try to think that’s what they’re meant to do,” Clement said. “They wouldn’t do well as pets. It’s sad but if I didn’t have them, they’d be with someone else. I try to give them the best life I can.”

Some animals are brought to the barn just to show off and not to compete.

Siblings Cole and Cori Biamont are showing several animals, but brought their pig, “Martha,” just to display her nine piglets, born 2 1/2 weeks ago. Martha was the grand champion for the breeding swine category last year.

“I like pigs because they’re very smart,” Cole Biamont said. “They recognize me and my sister and they come to their names. They’re pretty much giant dogs.”

But some of the Biamont’s pigs will be sent to market after this week, too. They both consider the pigs they’ve helped raise to be like pets, since they have worked with them since their birth. But as the siblings have now worked with pigs for years, they realize it’s all part of the job.

“It’s especially hard when they go to market,” Cole Biamont said. “It’s hard to lose them. But it’s also part of it. We’ve gotten use to it.”

Hear what Amy Coney Barrett said about SCOTUS appointments in 2016