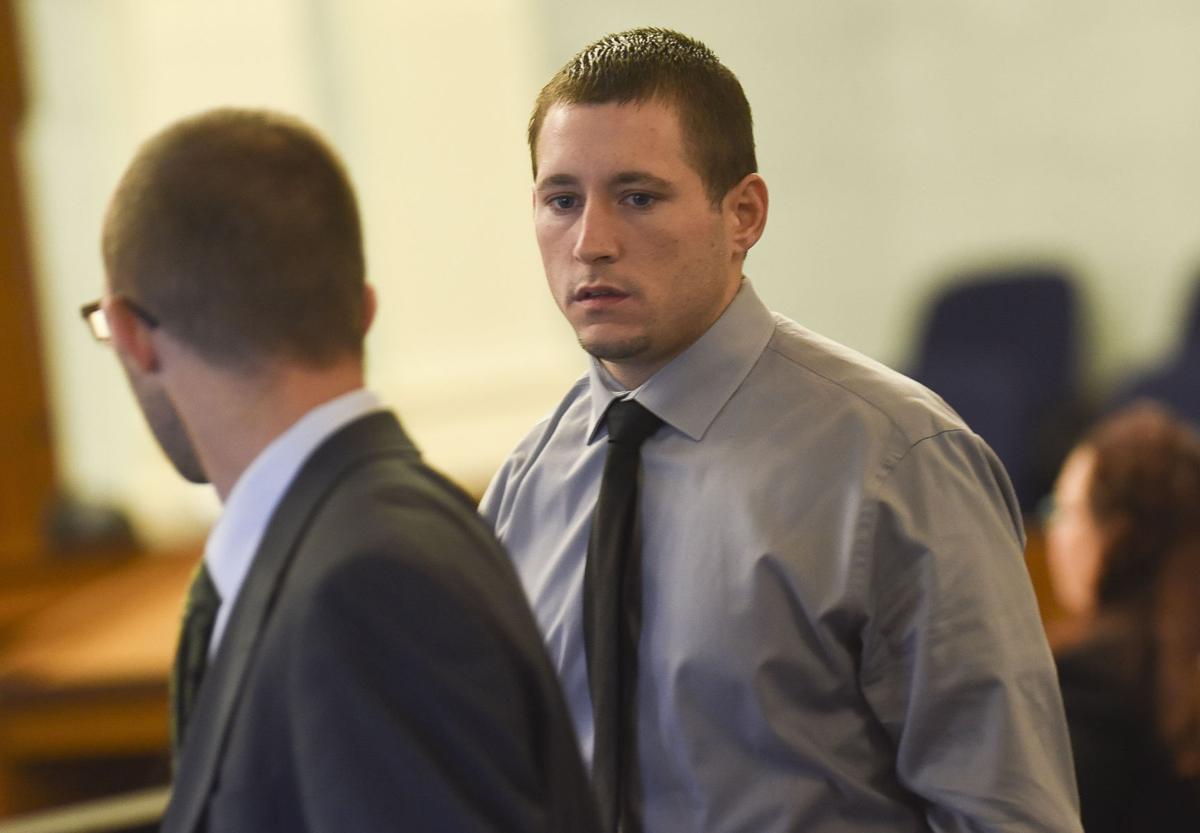 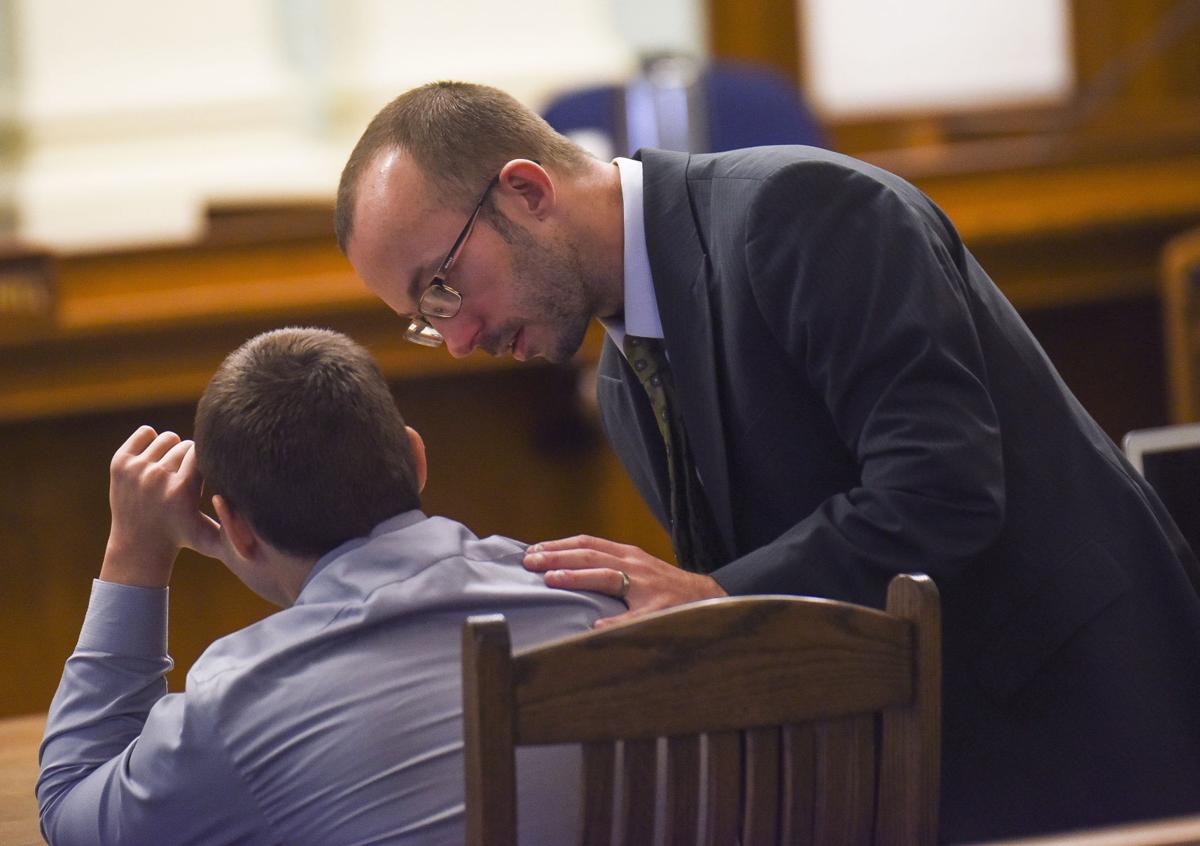 Randy Roden, left, talks with his lawyer Conor Huseby before the start of opening statements on Tuesday at Clatsop County Circuit Court. 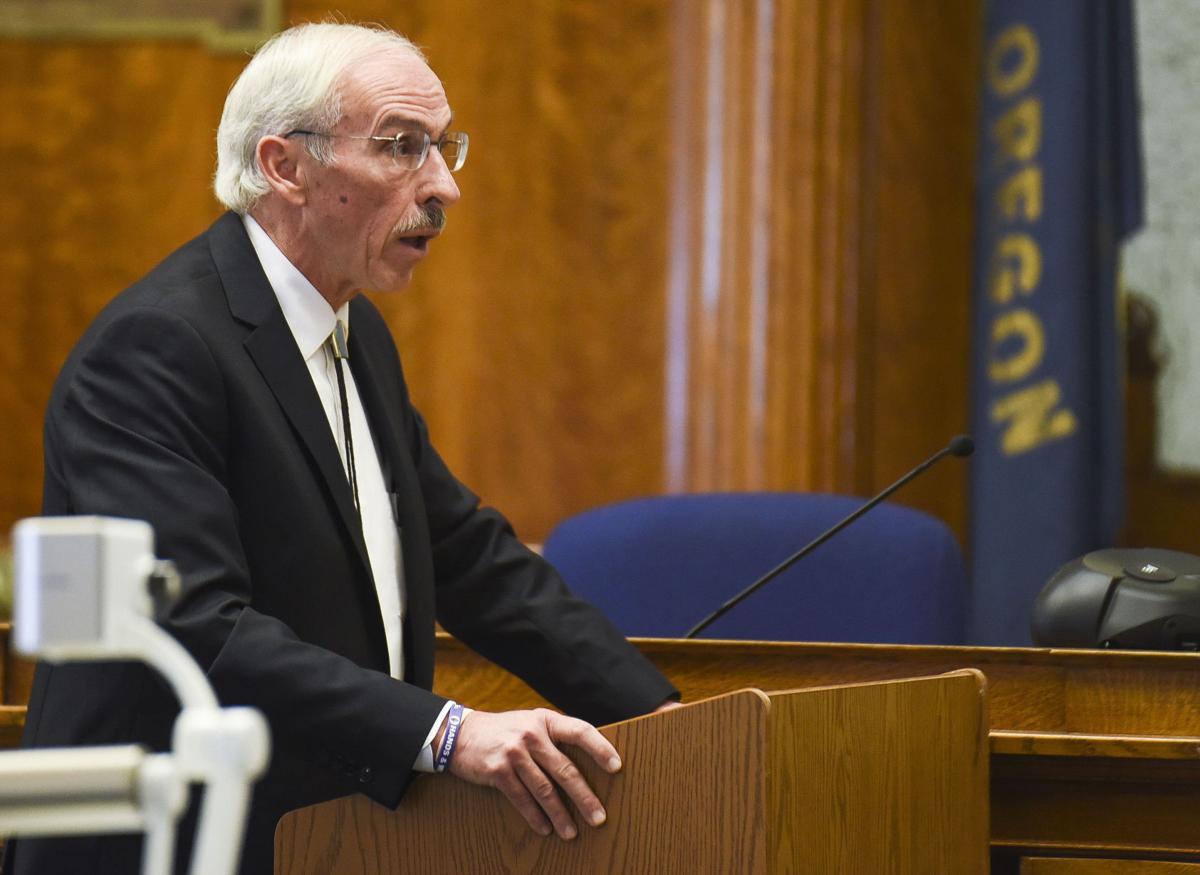 Randy Roden, left, talks with his lawyer Conor Huseby before the start of opening statements on Tuesday at Clatsop County Circuit Court.

Prosecutors described Randy Lee Roden as someone with a violent history who grew frustrated watching after his girlfriend’s toddler daughter and her two sons.

The state is accusing Roden of murdering 2-year-old Evangelina Wing and abusing her brothers in the Seaside apartment he shared with their mother, Dorothy Ann Wing.

Roden’s defense lawyers, however, say the focus on Roden is a rush to judgment. The defense claims the toddler was killed by the abusive actions of her mother combined with a dangerous flesh-eating virus found on the girl.

Opening arguments began Tuesday, Oct. 4, in Clatsop County Circuit Court in the death penalty trial of Roden. The crimes are considered among the worst child-abuse cases in the county.

Chief Deputy District Attorney Ron Brown gave a detailed description of the gruesome evidence. The three children were tortured, burned, bitten and caged in the apartment. All three children were the victims of child abuse. The older brother, now 7, is one of the most traumatized children his pediatric doctor has seen. The boy will not testify at trial due to the trauma, Brown said.

The younger brother, now 3, had a broken bone in his pelvic region and extensive bruising.

Doctors and nurses will testify for the state about the extensive injuries to the three children.

“All of these injuries were not accidental,” Brown said.

“There was way more blood in that bathroom than there ever should have been,” Brown said.

The state’s theory is that Dorothy Wing aided and abetted Roden by allowing him to live with her children and take care of them while she worked. She was responsible for Roden’s actions, the state claims, but was not the one who murdered the toddler.

Wing, 26, pleaded guilty in January to first-degree manslaughter and two counts of first-degree criminal mistreatment. She was sentenced to more than 15 years in prison, contingent on her truthfully testifying at Roden’s trial.

Roden, 28, is already serving an eight-year prison sentence for violating probation from a previous domestic violence conviction. He violated probation by possessing marijuana, oxycodone and methadone and failing to report that he moved in with Dorothy Wing.

“The truth is there are two culprits in this case,” Huseby said.

On the night Evangelina Wing was found dead, the defense believes the girl was likely sick and fussing from her mother’s abuse and the infection. Huseby envisions Dorothy Wing getting upset and smacking her daughter like she had done many times before, but that time it killed her.

“She killed her daughter and she is getting away with it,” Huseby said.

Neighbors, friends and babysitters will testify about seeing and hearing Wing be abusive to her children before Roden came into their lives. Huseby said the witnesses will describe Wing smacking her children in the head and twisting their arms, similar to some of the injuries found on the children.

The same witnesses never saw Roden do anything abusive to the children. Huseby said even Wing admitted Roden was good with her children.

Huseby also questioned the way the case was investigated. He claims law enforcement targeted Roden from the beginning, and treated Wing like a victim.

In each police interview, Roden never admitted to any crime.

Huseby also pointed to an interview with the older brother, where he calls Roden nice and Wing mad. When asked who killed his sister, the brother says, “that evil witch.”

“All the major injuries in this case are explained by Dorothy Wing,” Huseby said.

The trial is expected to last about two months.