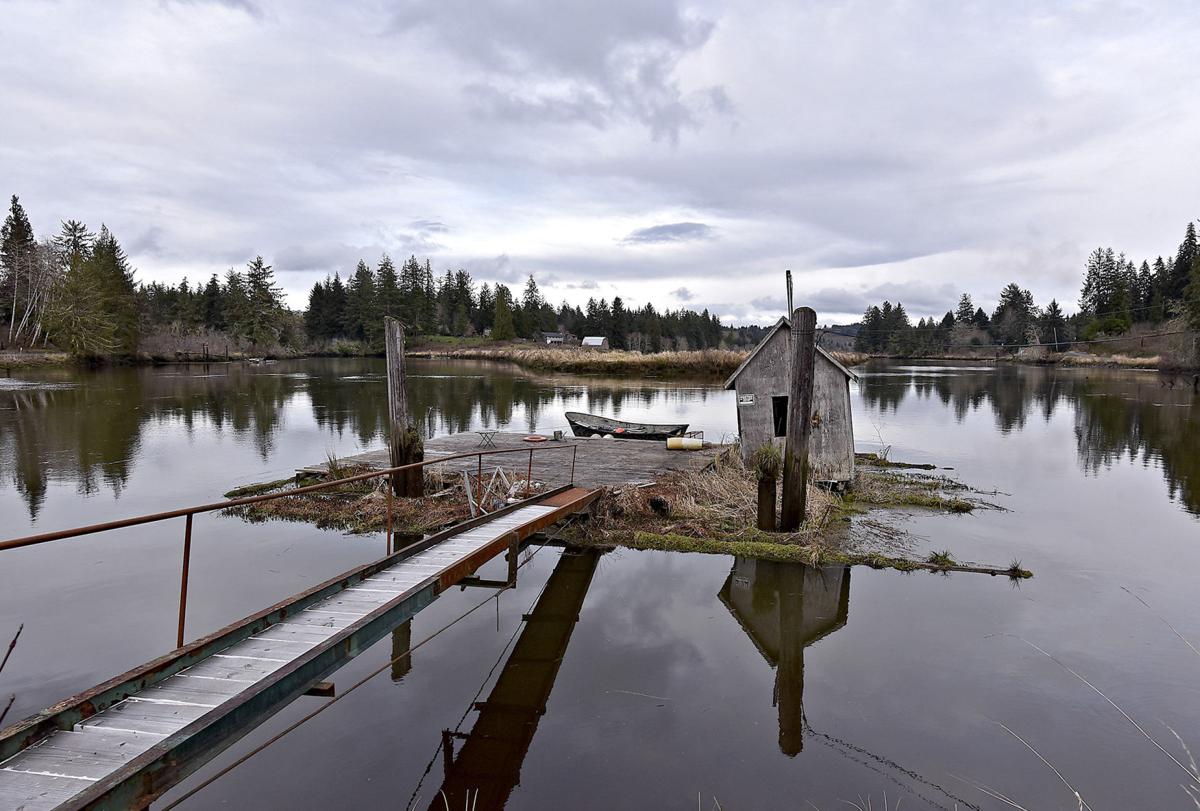 A dock and small building just off John Day Road juts out over the river. The area is vulnerable to flooding. 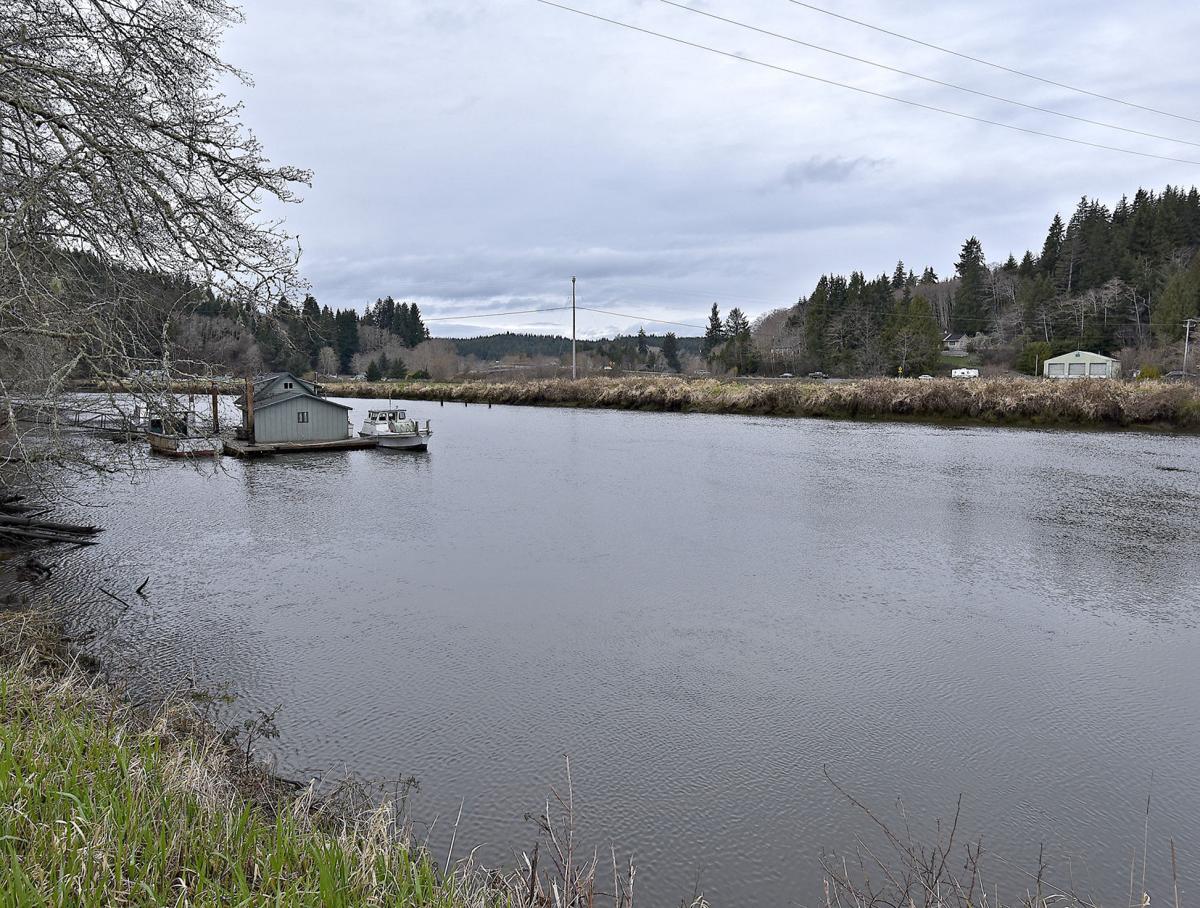 A small home sits on the John Day River east of Astoria. 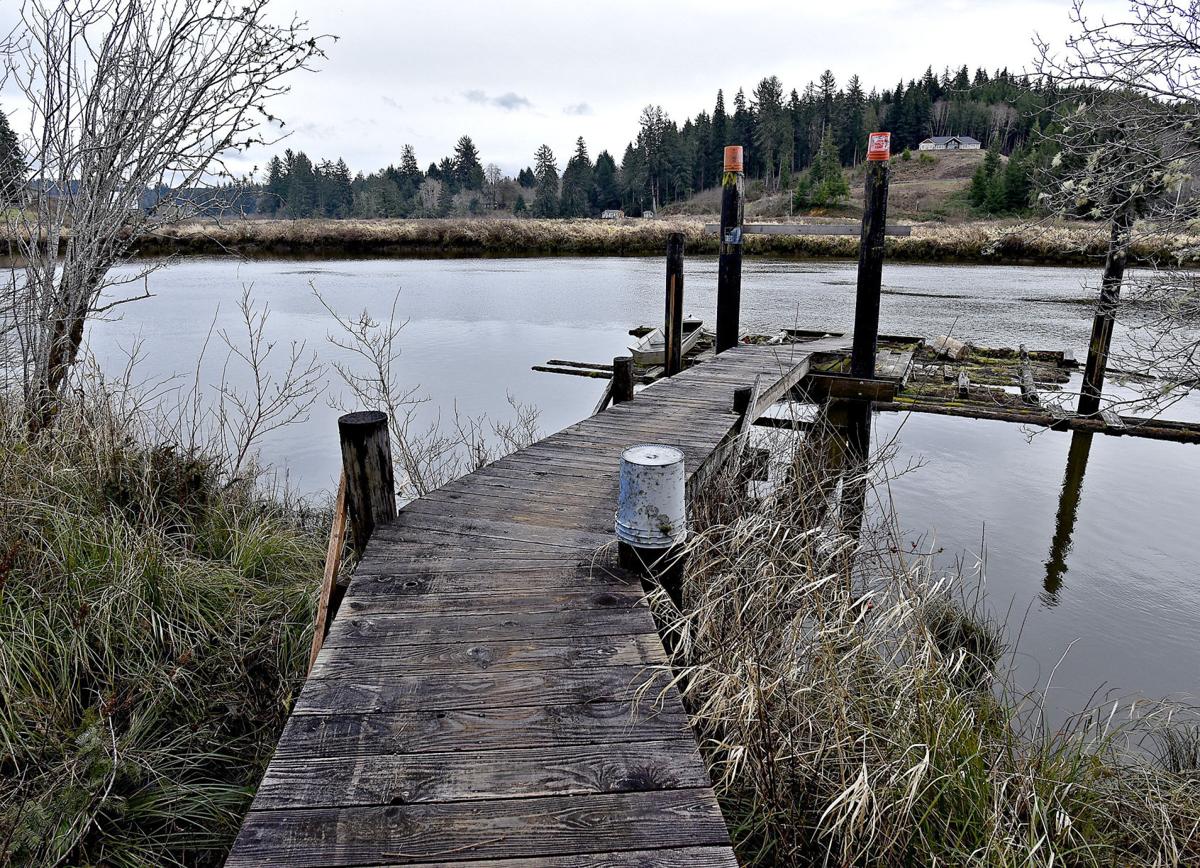 A dock sits out over the John Day River. 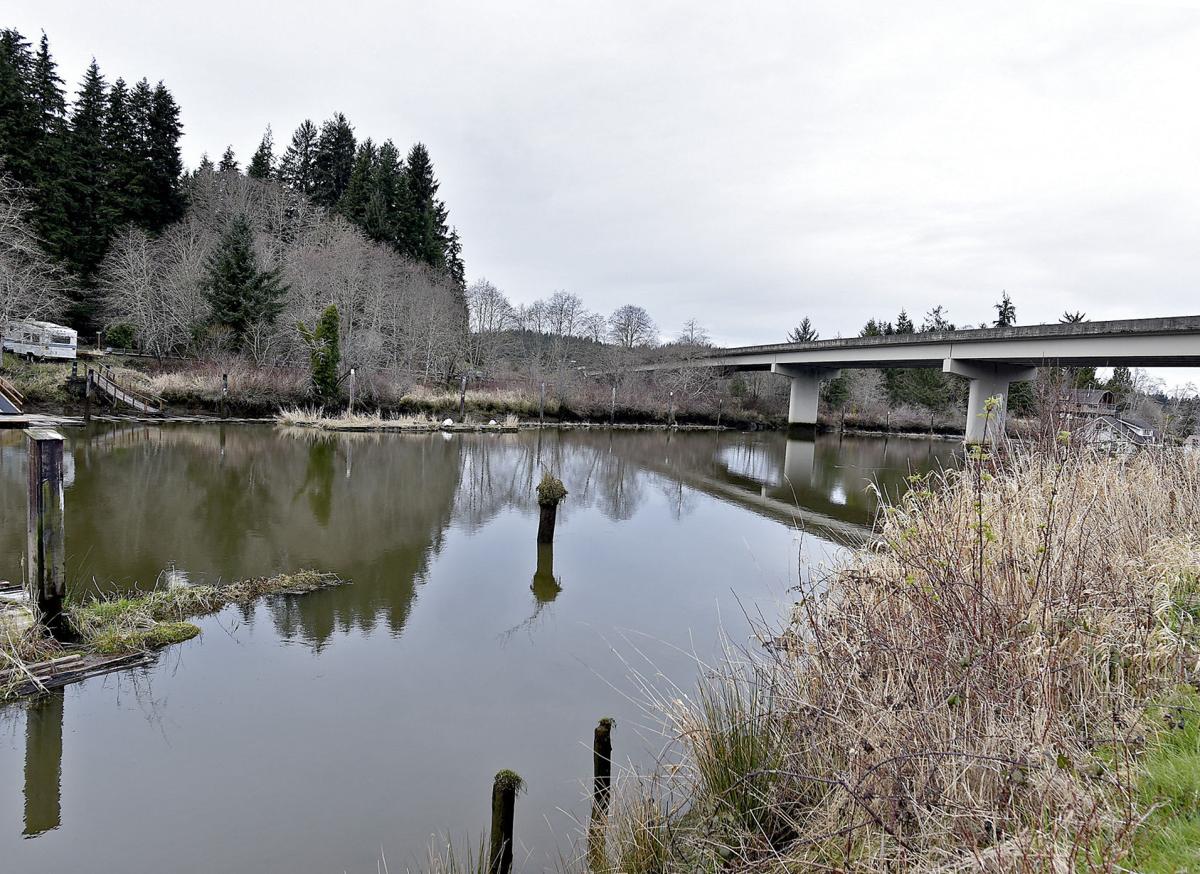 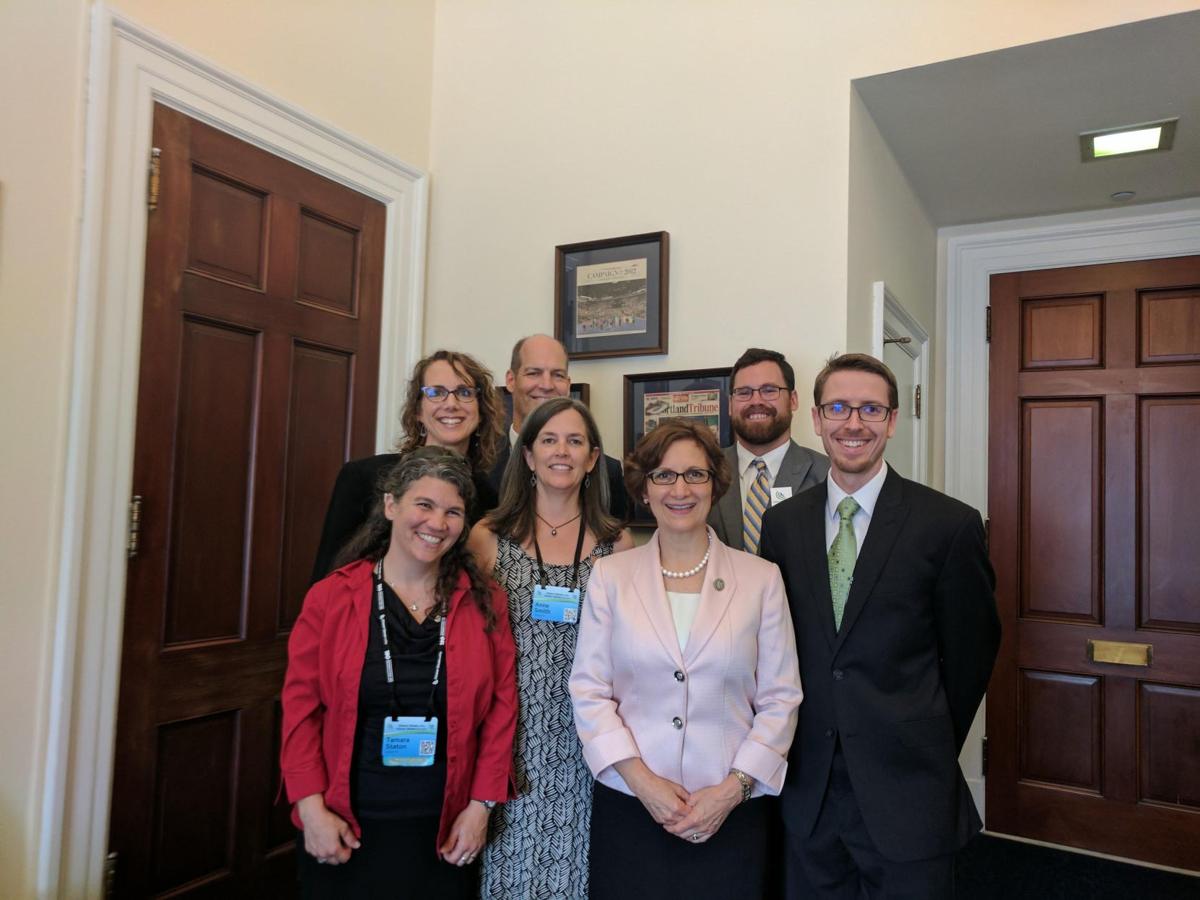 A dock and small building just off John Day Road juts out over the river. The area is vulnerable to flooding.

A small home sits on the John Day River east of Astoria.

A dock sits out over the John Day River.

During a climate change presentation in Astoria in February, Tod Jones — a retired fisheries manager — challenged a speaker’s comments about human contribution to ocean acidification. Later in the meeting, as Jones again made a counterpoint, Chris Farrar — a member of the Clatsop County Planning Commission who was seated behind Jones — leaned over his shoulder.

“It’s called acidification. Get over it,” Farrar said.

Following a silence in the room, another a spectator tried to lighten the mood.

“I’m sorry, is this Astoria? That nice quiet little town? Are we in the right place here?” he asked rhetorically.

The episode was just one of a few tense moments that night, and it caught the attention of the organization hosting the event.

Citizens’ Climate Lobby, a nonprofit group founded in 2007 with hundreds of national chapters, will launch an Astoria chapter later this month. The chapter will represent the organization’s first on the Oregon Coast.

Their goal: build political will at local levels to spur Congress to act.

“We basically create political cover for our members of Congress so that they can step out into the limelight, do something that is near and dear to their hearts even if they’re not doing it in public because it’s dangerous,” said Tamara Staton, the organization’s Pacific Northwest regional coordinator. “They’re aware of the heartbeat of their constituency, and that’s our role at CCL — to change the heartbeat in a way that favors climate action.”

The bipartisan House Climate Solutions Caucus formed in 2016. With 70 members — an equal number of Republicans and Democrats — it’s already larger than the Tea Party Caucus.

The group’s lobbying efforts played a critical role in the formation of the climate caucus, Staton said. Locally, the group helped convince U.S. Rep. Suzanne Bonamici to join the caucus.

“I appreciate the efforts of groups like Citizens’ Climate Lobby to elevate the voices of everyday Oregonians,” the Oregon Democrat said in a statement. “Citizens’ Climate Lobby members have been compelling advocates in meetings in my Oregon office and in Washington, D.C., where we need to do all we can to convince some of my colleagues that the time to act is now.”

The group has met with Bonamici on several occasions in the past few years, and the congresswomen has warmed to their ideas as time has progressed, Staton said.

“Watching her come from being silent and, sort of, on the fence about climate change and climate action to being a huge advocate for it, for me represents what’s really possible and what we’re aiming for in our relationships with our members of Congress,” Staton said.

With the climate caucus established, the national group has shifted its efforts toward legislation. A draft of a bill — which has yet to draw a Republican sponsor or co-sponsor — would place a fee on fossil fuels at sources such as mines and ports. The tax revenue would be returned to households as dividends.

Staton said the market-based solution is the most effective way to incentivize companies to invest in renewable energy.

“Basically, we know how to solve this. If we want less of the dirty stuff, we need to make it more expensive,” Staton said. “Right now we are subsidizing renewable energy, but it’s still not enough to make it as competitive as they need to be.”

The organization commissioned a study in 2014 from Regional Economic Models that detailed the potential impacts of such a bill. It found that within 20 years, the law would net a family of four nearly $400 per month, cut emissions by 50 percent, create nearly 3 million new jobs, expand gross domestic product by nearly $1.4 trillion and save 227,000 lives.

Accounting for factors such as increased prices of goods, the study found that 56 percent of Americans would have more money in their pockets, while the wealthiest percentage of people will lose less than 1 percent of their income per year.

Still, the group must convince business owners and politicians that the lofty numbers are accurate and the legislation is worth their support. It hopes to have business owners sign petitions and government bodies draft resolutions, building political momentum that they can point to when meeting members of Congress.

When those conversations take place, relationships such as the one the group holds with Bonamici will be key, Staton said.

“We build relationships with these members of Congress in ways where they invite us back and use us as their resource,” Staton said.

But how will the plan resonate in Clatsop County?

In the six years since she co-founded the Portland chapter, Staton has given at least 35 presentations similar to the one in February. She only recalled one other meeting — with a progressive club soon after she started in the position — that attracted as much passion.

“The meeting was a little more contentious on both sides than I would have liked,” said Justin Saydell, the Astoria chapter’s volunteer group leader. “But that’s what you get for doing a presentation like this in Astoria.”

Sea levels could rise in the area by as much as 9 feet by the end of the century, according to the National Oceanic and Atmospheric Administration. The rises could change geographical dynamics on John Day Road — a common area for floods — large parts of Warrenton and Hammond and land along the Lewis and Clark and Youngs rivers.

“The Astoria chapter is especially important because it’s on the coast and so close to the shellfish industries,” Staton said.

The chapter will also represent the second of its kind in the 1st Congressional District.

The organization’s launch event will take place March 24 from 10:30 a.m. to 1:30 p.m. at the Astoria Library. It hopes to utilize the meeting to attract members.

Saydell has reached out to the Port of Astoria Commission, Astoria City Council, Warrenton City Commission and Clatsop County Board of Commissioners, he said. He hopes to set up meetings with those officials in the future.

Astoria City Councilor Tom Brownson, who attended the February presentation, said he has not met with the organization yet but supports its national strategy. Less clear, though, is how much momentum it can build in Astoria and other places in the county.

“We’re sort of a mixed bag here in Astoria,” Brownson said. “I’d like it to be effective. I couldn’t tell you what the read is locally.”