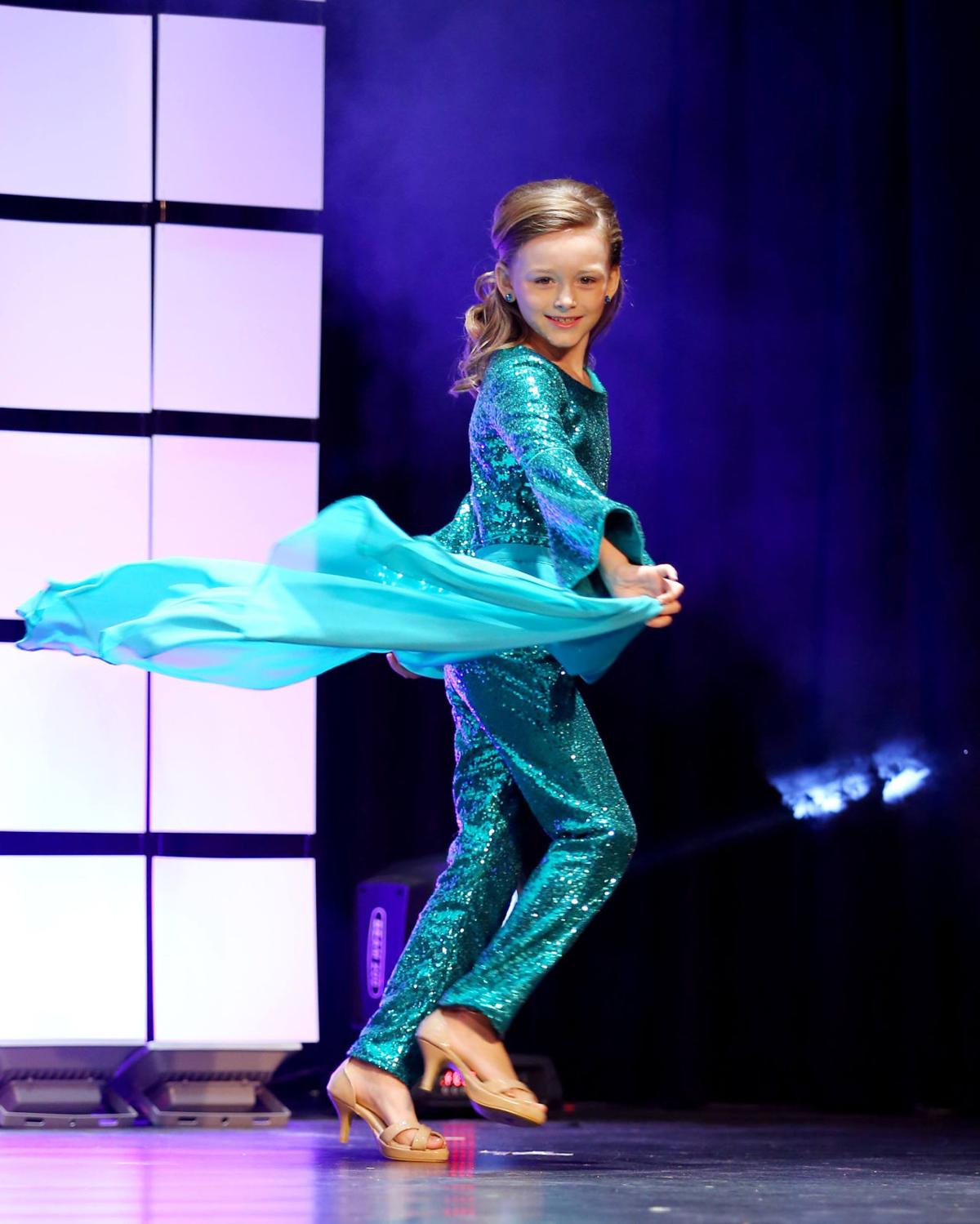 Aurora Kesl competes in the Fun Fashion category at the 2018 Regal Majesty Pageant in Seaside. 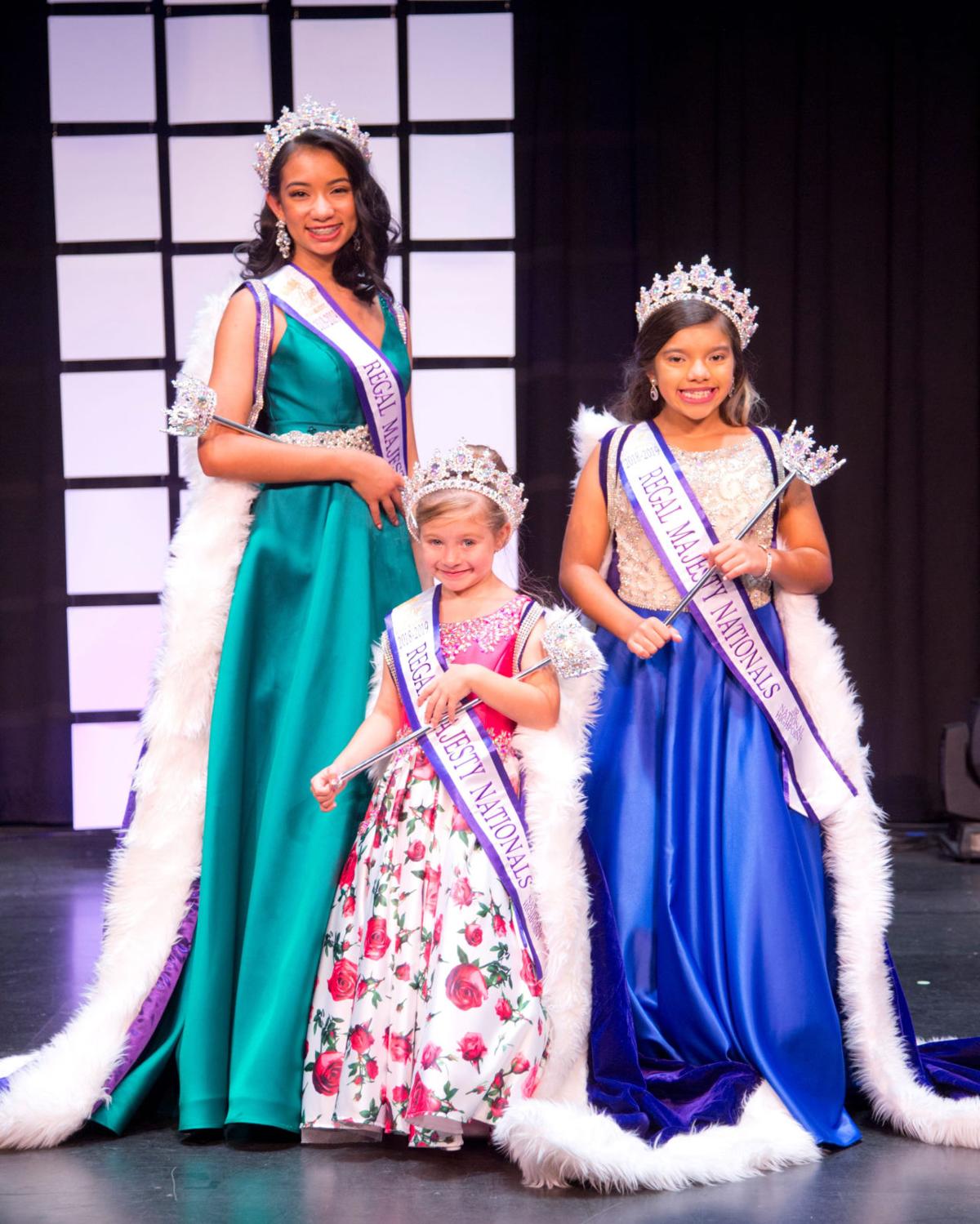 Aurora Kesl competes in the Fun Fashion category at the 2018 Regal Majesty Pageant in Seaside.

The Regal Majesty Pageant made its Seaside debut at the Seaside Convention Center in late July where 37 contestants competed for the title.

The organization is in its infancy, having only started seven years ago, and unlike the Pacific Northwest, most pageant organizations were established in the Midwest or southern states. “Pageantry is a foreign concept compared to the southern states where pageantry is common place, so a pageant starting in the Northwest is fairly new,” said Monica Berginc, director of the Washington, Oregon, northern California and Internationals divisions.

As a pageant mom, Berginc knew she had good insight on what worked in the pageant world, and put her heart and soul into establishing the Regal Majesty organization.

“I had two daughters who competed in pageants and I felt there was a lack of pageants in the northwest, especially pageants that focused on the girls’ true beauty, personality, community service and family,” Berginc said.

What’s different about Regal Majesty is that it is a pageant for all ages, and it focuses on each contestant’s character and connection to the community.

It consists of four categories: Introductions, interview, formal wear and fun fashion. Each contestant is given a crown, sash, trophy and a gift because Berginc believes each contestant should not go away empty handed.

Like other pageantry, there are judges. The judges are chosen for their experience in pageantry or in the arts. Judges look for a contestant who has a lot of personality, confidence and, more importantly, eye contact.

“It’s not all about pretty dresses and make-up. These contestants must be able to have a conversation with eye contact and learn public speaking skills and learn to carry themselves regally, which all of these things are so important today,” Berginc added.

Berginc explained that anyone can qualify. There are preliminary pageants that offer a fun day for beginners; there are state pageants and the national pageant where all of the contestants compete for the national title.

The organization’s website promotes a natural pageant. The word natural, as Berginc said, normally means it is without the glitz, indicating that glitz pageants are the type shown on Toddlers and Tiaras. “Many times, I have held a small preliminary pageant and you have people walking by saying, ‘Oh, look, “Toddlers and Tiaras”’ just because they see a pageant going on.” Berginc and staff are quick to explain the differences between the two pageants.

Though there are many differences, some involve the look of the contestant. “We don’t allow flippers and big fake hair pieces, or big cupcake-style short dresses, which are the kind you see in toddlers and tiaras. The modeling is different, too. Glitz modeling looks like a choreographed, over-animated, dance routine that sometimes is very sultry and flirty,” Berginc said. “We also don’t allow swim suits. I have no personal issue with swim suits in Miss or Ms. type pageants, but I did not feel it was a good fit for Regal Majesty.”

A big part of the organization is to promote family events and community service. They encourage everyone to do community service events and appearances, regardless of winning or not winning the crown. “We need to give of ourselves and help wherever we can,” Berginc said.

For contestants in some glitz-style pageants, there are no other expectations or requirements after winning the crown or sash. “Regal is not like that, we expect the girls to be a part of the sisters of the sash and attend fun family events, and group or individual community service,” Berginc said.

One of many takeaways from interviewing Berginc: “Some people believe there is only one winner and only one should win the crown, but I feel that each contestant practiced and gave it their all so they should have a crown and sash — not as big as the queen’s — but it’s a reminder of their time and hopefully good memories they had at the pageant.”