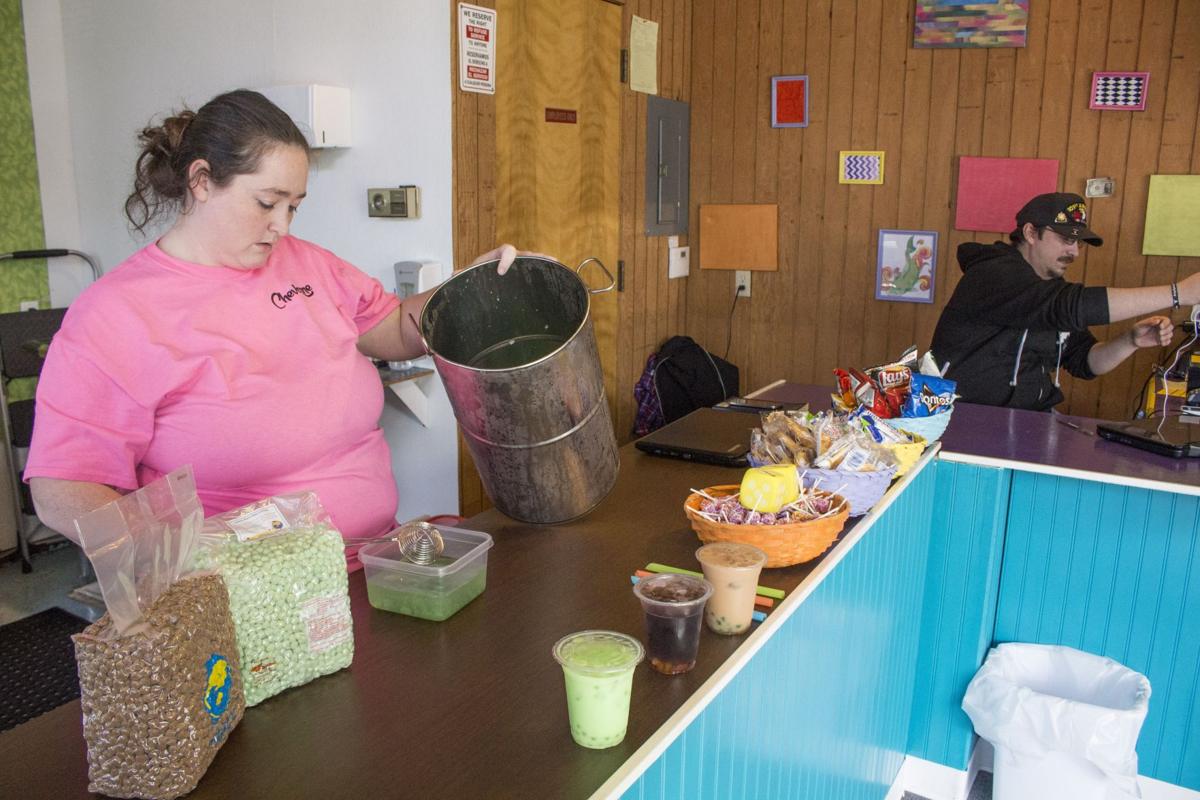 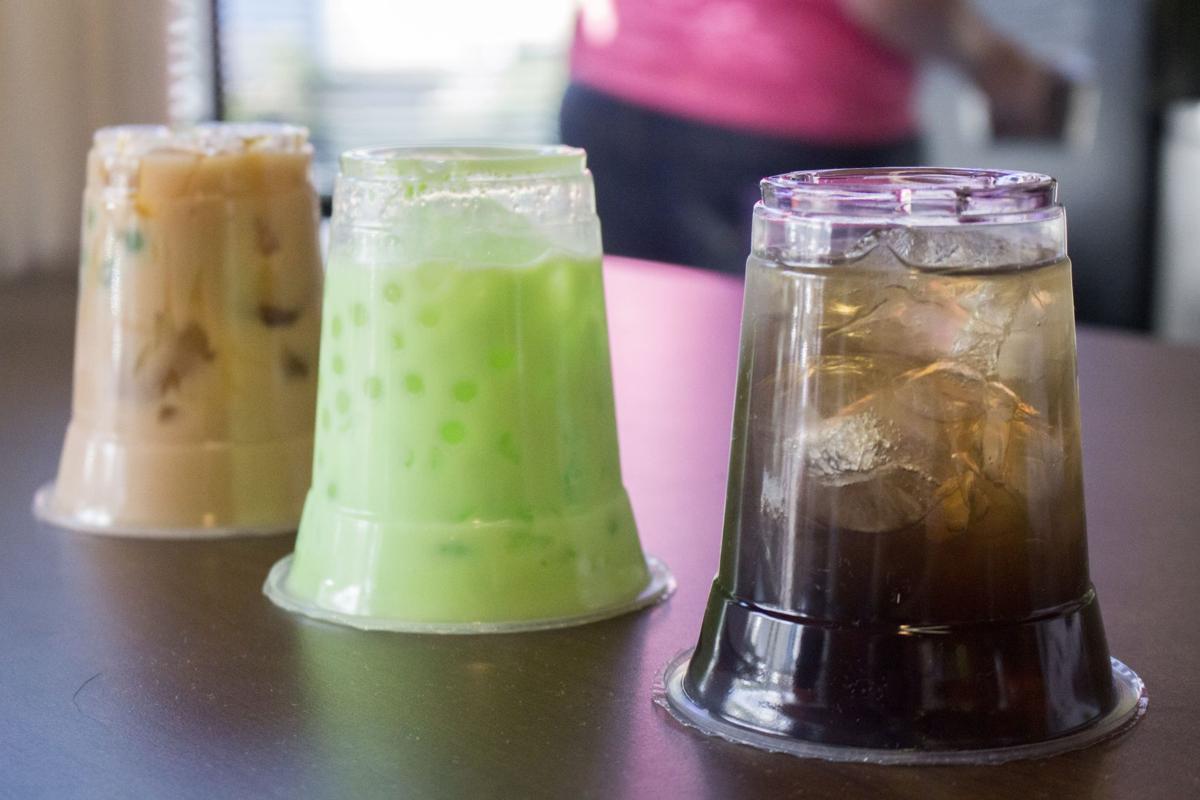 SEASIDE — After witnessing it in on the Las Vegas Strip, Jason and Chevonne Karol decided they would bring the bubble tea craze with them when they moved to the North Coast.

The Karols started in earnest less than two weeks ago, opening The Tea Spot in Seaside’s Heritage Square, next to staples like the Seaside Candyman and Wheel Fun Rentals, hoping to catch the spring break rush.

Jason, formerly of the U.S. Army’s 101st Airborne, was featured in a Veterans Day story about his studies at Clatsop Community College, and his plans to start a tea shop in Seaside. One of the only other places to get the bubble tea variety is the Saigon Deli, around the corner on Broadway from The Tea Spot.

Driving the business’ creation, though, is Chevonne’s addiction to bubble tea, which she said started while she was working at a Hawaiian market on the Strip, and a Japanese exchange student co-worker was bringing her bubble tea from a nearby tea house.

They moved to the North Coast from Fort Hood, Texas, last summer and decided that within the year, they’d open their first business, a bubble tea shop in Seaside.

“It wasn’t planned this soon,” Jason said, adding that the timing of opening was meant to catch the spring break rush — they were a week early. “But with tax returns and my disability, it all just came together financially.”

The shop offers black, green, jasmine and milk tea, with upward of 25 different flavors, using Torani syrup, and tapioca pearls or other jellies lining the bottom. The drinks come in plastic cups with cellophane seals, perforated by a large straw that sucks up the morsels with the tea.

They located in Heritage Square, thinking The Tea Spot would be complementary to the nearby cotton candy and saltwater taffy shops.

Bubble tea — also known as boba (slang for “big breasts,” because of the large tapioca pearls in the bottom) or pearl tea — originated in Taiwan in 1988. Tea shops there are commonplace, said Chevonne, and flavors run the gamut from the mundane to durion, a thorny, sweet Asian tree fruit that she described as smelling like sweaty socks.

“With the unique flavors, you have to concentrate on the chemistry of the drink you’re making,” Chevonne said, who cooks boba pearls every three hours for the teas.

The couple are sticking with the more common flavors for now, with some of their tea custom-blended by Seaside Coffee Roasters. To make the location financially viable, she said, they’ll need to sell about 1,500 large drinks a month.

“We’re going to have cotton candy, because I’m tired of people coming and asking for cotton candy,” Chevonne said about the downside of being next to candy shops.

They hope to eventually add a tea wall, she said, once they find the right distributor, and eventually open a second location in Astoria.

“I don’t really think it’s about the money,” Jason said, who with Chevonne said they hope to eventually provide employment to others. “I think it’s about owning your own business and offering the community something it doesn’t have.”