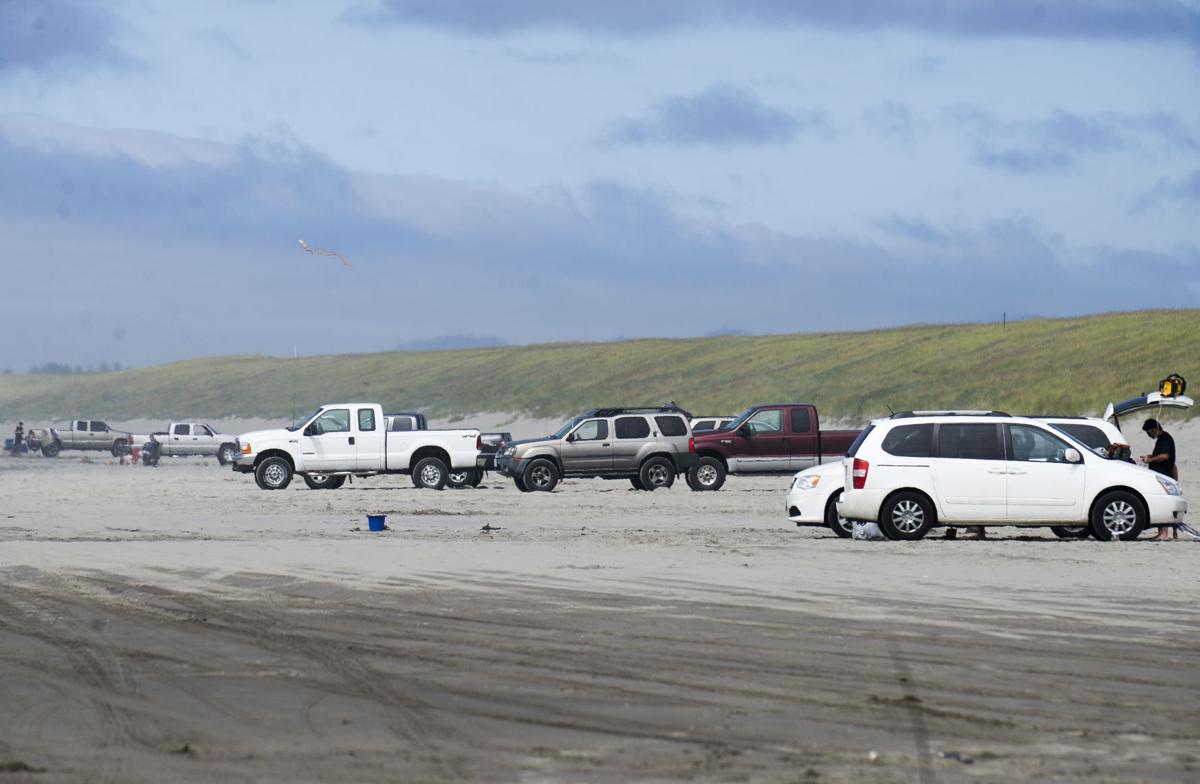 Cars are seen parked on the beach near Del Ray Beach Recreation Site in Gearhart. 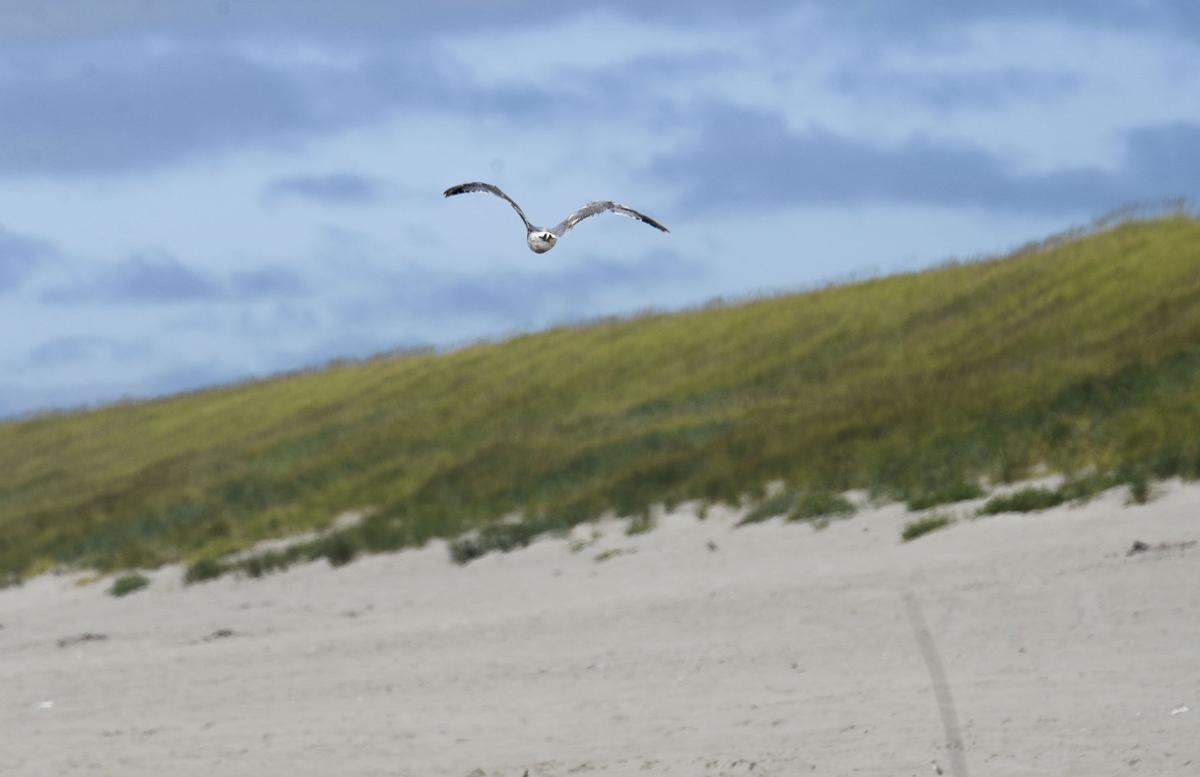 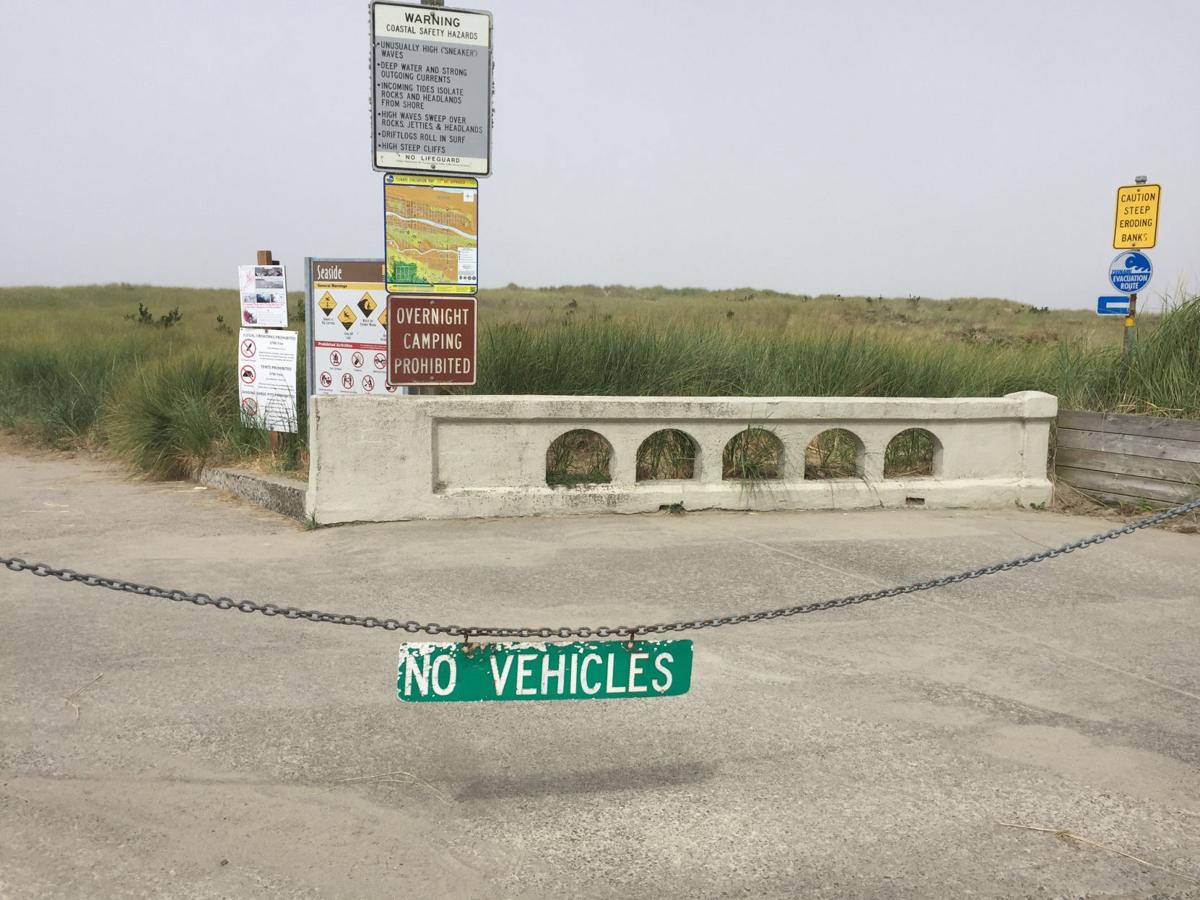 Vehicles are not permitted along the beach in Seaside. 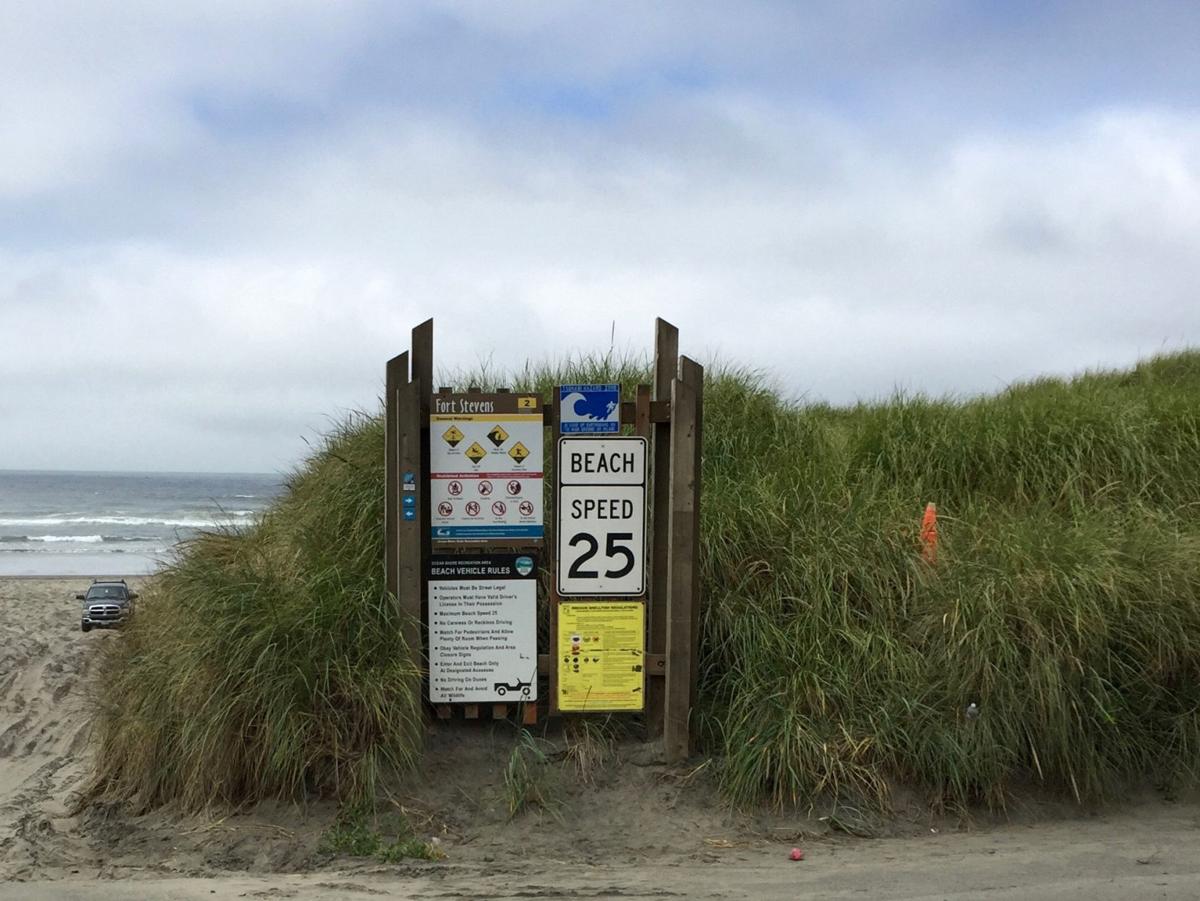 Signage near the beach at Fort Stevens State Park.

Cars are seen parked on the beach near Del Ray Beach Recreation Site in Gearhart.

Vehicles are not permitted along the beach in Seaside.

Signage near the beach at Fort Stevens State Park.

A cherished right for Oregonians, or an environmental and safety nuisance?

Homeowners in Gearhart and Warrenton are taking their complaints about unsafe drivers on the beach to local and state officials. They want to see the elimination, reduction or increased enforcement of traffic.

“Driving on the beach may have made sense back in the days before Highway 101, but by now we should know better than to allow our natural areas to be desecrated by this kind of use,” a group of Surf Pines homeowners wrote the Oregon Parks and Recreation Department office in Fort Stevens.

“Our trails leading to the beach from our neighborhoods are left with human and dog feces, vomit, trash and toilet paper,” they told officials. “Reckless and careless driving abounds with cars and trucks spinning around on the sand, attempts to drive up the trailheads, driving in the sand dunes and driving through the tide pools. Many of these illegal activities go on year round.”

“They felt the Fourth of July was out of control,” Fort Stevens State Park Manager Teri Wing said after meeting with residents. “They wanted to find out: ‘What do we do? Who do we call? We don’t feel like there’s anybody watching.’”

Bergin said closing the Clatsop County beach to vehicles is an idea floated “every other year or two.”

While the sheriff acknowledged enforcement problems every Independence Day, including this past one, closing off the beaches would be a mistake.

“It’s a very small group of people who complain,” Bergin said. “How are families going to get down there with their strollers and little kids? Elderly and handicapped people like to drive that section of the beach. These people are trying to encroach on that. They own these homes along the beach and want their own private little walking space. It’s not going to happen.”

The Oregon Coast consists of smaller beaches that are often secluded in the margins between the Pacific Ocean and steep, prominent headlands.

The Warrenton-to-Gearhart route and some areas around Pacific City and Lincoln City are open for cars, along with Sand Lake Dunes Recreational Area, where off-road vehicles are permitted in some stretches.

Cars and trucks are allowed at any time in the 10-mile stretch between Peter Iredale Road south to the beach ramp at Gearhart, including the Sunset Beach State Recreation Site, the west trailhead to the Fort to Sea Trail. A 25 mph speed limit is in effect along the shore.

State law grants the Parks and Recreation Department authority “to take action to protect ocean shore resources, to protect public health and safety, to provide security, to avoid user conflicts, or for other reasons deemed necessary.”

Neal Maine, a wildlife photographer, pointed to the hazards to birds caused by drivers.

“I don’t think there’s anybody patrolling the beaches,” Maine said. “It turns into a race track, turning around, spinning, spinning. Let’s have access to a phone number so on busy weekends there’s a patrol officer there continuously, and they’re making their presence known.”

Drivers like to cause birds to fly or roust flocks while the birds are storing up valuable energy for migrations. “The main issue on our beaches is the continued action of shorebirds that is caused by cars,” Maine said. “They’re picking out invertebrates out of the sand when they only have a limited amount of time. These are calories they need on the way to get to the Arctic to get to the nesting cycle.”

Maine said he would like to see a new management plan with a police enforcement component.

“Camping’s prohibited — but it’s easy to go to the beach and find 100 tents,” he said. “The same with the driving. On the highway we have patrols, but on the beach it’s very limited. State Parks has no vehicles to patrol it. They don’t plan on patrolling it. They don’t have the resources to patrol it. They farm it out to a default program with the county sheriff, which is not adequate for continuous monitoring.”

State legislation introduced in the 1990s limiting beach access for vehicles along the 10-mile roadway was highly unpopular in Clatsop County and vigorously opposed at the time.

In 1995, the Gearhart City Council, backed by a petition signed by hundreds of residents, sent a letter to the state Legislature opposing the bill, which ultimately died in committee.

Today, 75 percent of Clatsop County beaches are off-limits to cars, according to Wing, including Cannon Beach, where only permitted vehicles — for people with disabilities, boating or collecting driftwood, among other uses — are allowed along the beach. Access is at Tolovana Wayside.

Chris Havel, the associate director of the Parks and Recreation Department, said most people “run afoul of rules unintentionally,” and it’s faster and more effective to get people on track with a quick talk. Enforcement for speeding or other violations along the beach fall to the Sheriff’s Office or Oregon State Police.

“A lot of people go around in a circle, around and around, making ‘cookies,’” Wing said. “It’s not the right thing to do, but it’s something that people don’t realize they shouldn’t do. It’s a beach, not a playground.”

Most citations are written to drivers for reckless driving, Bergin said. Other tickets may be issued for illegal camping, trash or fireworks. “We don’t write a lot of tickets,” he said. “But if we don’t get compliance, there will be a citation issued.”

Despite concerns from homeowners, the beach road should remain open, he said. “Ninety-nine percent of the time people pick up their garbage and obey all the rules,” he said. “It’s that 1 percent that goes down there and causes a problem or two. Why should everyone else have to suffer for that 1 percent? We will continue to enforce the laws and do the right thing to keep that Clatsop County beach open.”

Hundreds stranded in cold after Trump rally in Nebraska

See RuPaul and Cory Booker react to finding out they're cousins