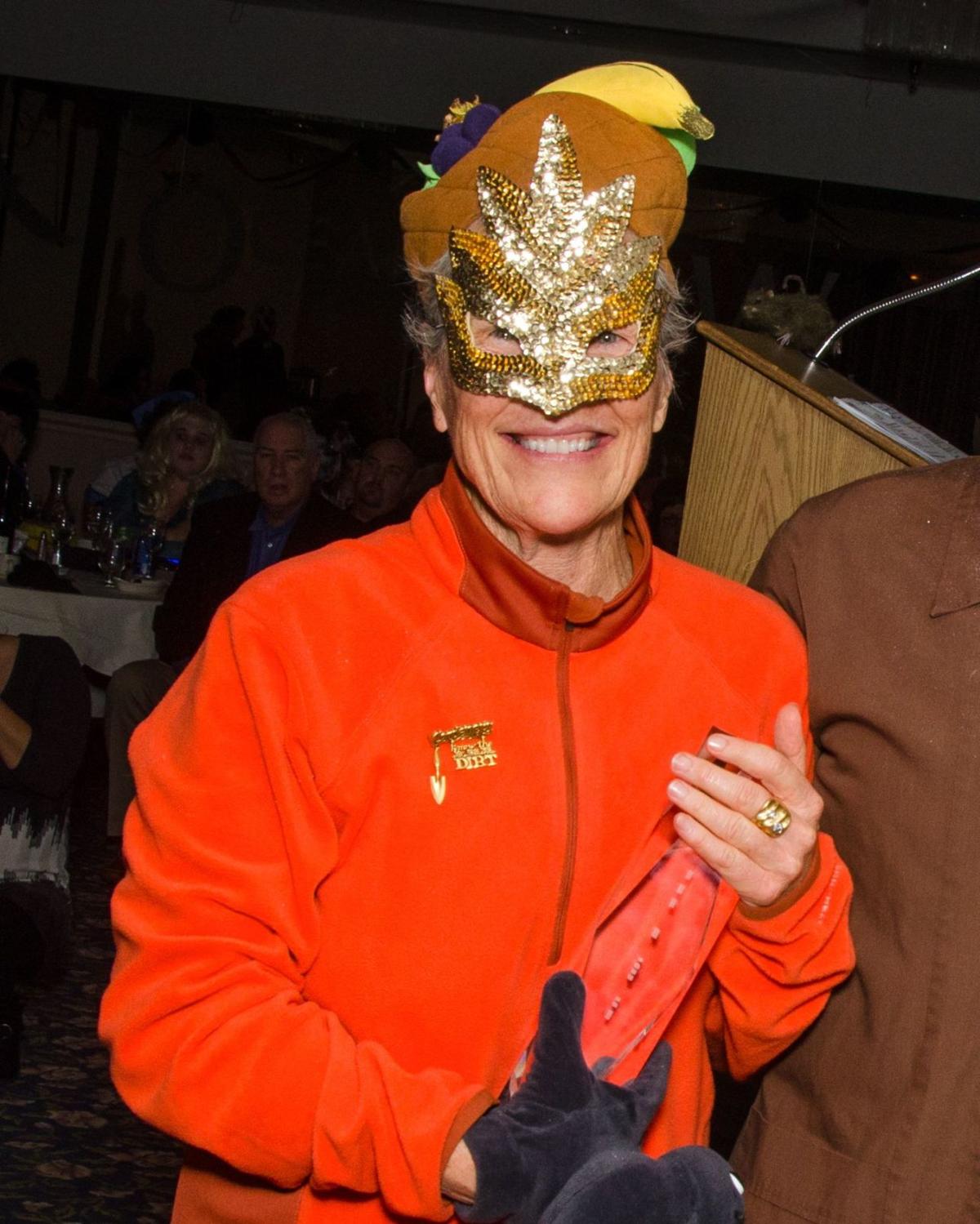 Mary Blake received the Byron Award for her volunteer efforts in the community. She and other attendees dressed in Halloween costumes for the Oct. 30 event. 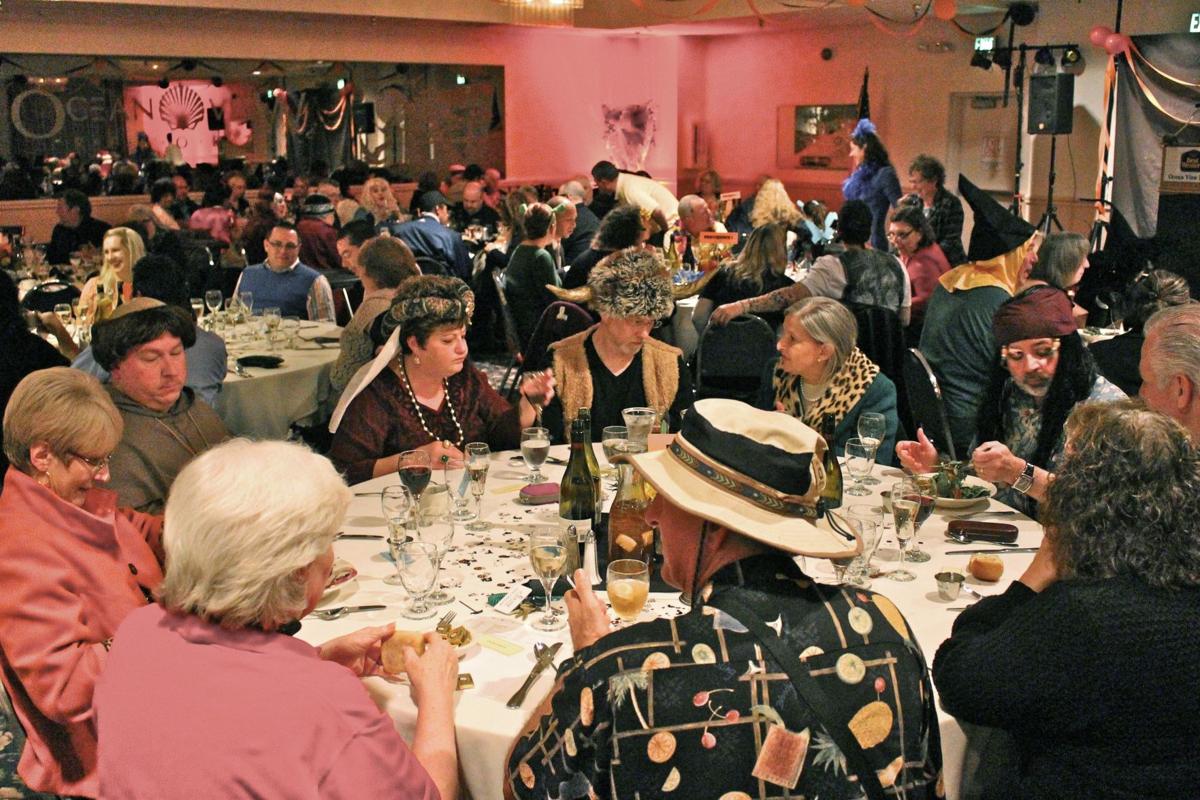 There was a full house at the Seaside Chamber of Commerce's annual meeting and banquet on Oct. 30. The event was attended by more than 120 guests, many of them dressed up in Halloween costumes.

Mary Blake received the Byron Award for her volunteer efforts in the community. She and other attendees dressed in Halloween costumes for the Oct. 30 event.

There was a full house at the Seaside Chamber of Commerce's annual meeting and banquet on Oct. 30. The event was attended by more than 120 guests, many of them dressed up in Halloween costumes.

In true Mary Blake fashion, the recipient of this year’s Byron Award choked back tears as she expressed her gratitude for being selected and then turned the focus back on the importance of community before concluding enthusiastically, “Keep up the good work.”

Blake, a longtime resident of Seaside, was presented with the award during the Seaside Chamber of Commerce’s annual meeting and banquet on Oct. 30. She was selected from a pool of 15 nominees by last year’s recipient, former Seaside Police Chief Bob Gross.

The award is named in honor of Byron Meek, a retired Fuller Brush salesman who dedicated his time to support the Seaside community. Since its creation in 2001, the award has been given annually to a person for outstanding community service.

“(Meek) was an optimist,” said Doug Barker, a former winner who presented the award at this year’s event. “He could see a silver lining in the grayest cloud.”

The chamber board each year looks for a community member who encapsulates that spirit “the way Byron did,” Barker said. Previous Byron Award winners include former Seaside Police sergeant and current Cannon Beach Police Chief Jason Schermerhorn in 2011; business owner and Seaside Kids, Inc. volunteer John Morris in 2012; and Gross in 2013.

Blake was nominated by local resident and activist Angela Fairless, who wrote in her nomination form, “the passion and love that (Blake) pours into every project she takes on is matched by her immense love for all people that she comes in contact with.”

“Mary Blake is possibly the most friendly and recognizable face in our community,” Fairless stated in her nomination. “She touches the lives of people from infants to the elderly and she cherishes the land, the water, the air and our animal companions. ... This award is for people who do more giving than taking in our town and Mary Blake is one of the most generous ‘givers’ around.”

After moving to Seaside from Portland, Blake worked as the general manager of the Sunset Empire Park & Recreation District for 28 years before retiring in 2012.

Since her retirement, Blake has invested herself in the South Clatsop Community Food Bank. She was instrumental in the success of the nonprofit organization’s capital and operational fundraising campaign, “Imagine a Community Without Hunger,” which is coming to a conclusion in a few weeks.

“I love this community and the people in the community and what we can do and that we’re all connected,” Blake said in her acceptance speech.

She met Meek after moving to Seaside, and she described him as “the kind of guy who made a first impression that lasted.”

“His mind was so sharp, his passion was so great,” Blake said, adding that he was a source of inspiration for her.

In 1995, a 90-year-old Meek established “The Program,” an initiative geared toward fifth-grade students that encourages them to participate in positive activities rather than turning to negative behaviors. The Program still runs at Seaside Heights Elementary School.

To Blake, who is a champion for socially marginalized and vulnerable groups, empowering the city’s youth to help create a skate park for themselves as a place to socialize and be active is one of her most cherished accomplishments.

“That’s the beautiful thing in Seaside, ... we do world-class stuff. And that was world-class engagement of our children,” she said.

Many of the youth who benefited from the skate park now are mentoring others or leading their own children through adolescence.

“It’s this rich cycle that’s a healthy representation of what a community is all about,” Blake said.

The chamber event drew more than 120 people, according to Events Director Chris Duffy. Awards also were given out to local businesses, chamber ambassadors and volunteers.

“It was a fantastic showcase for the chamber, its members and our ambassador group,” he said.

Cooper shakes head at Trump remark: 'That is just nonsense'