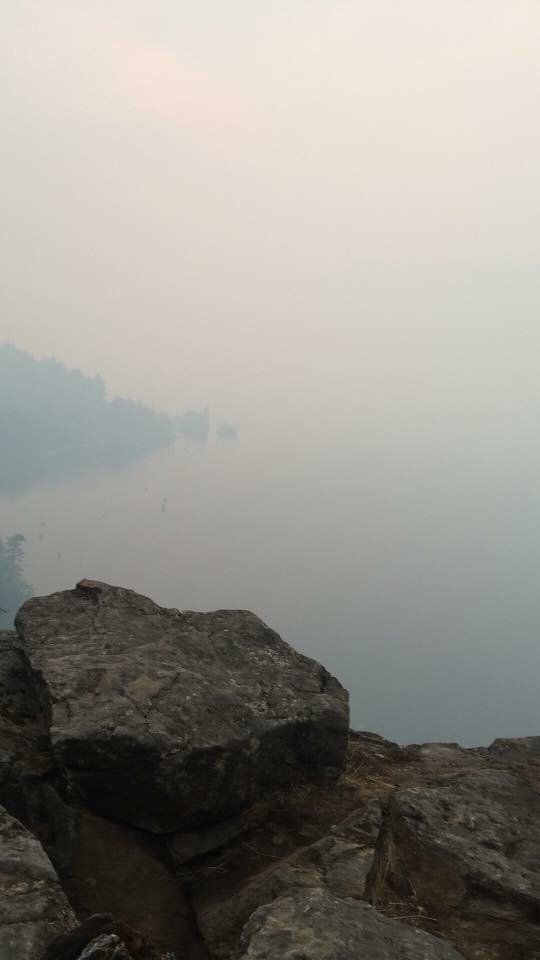 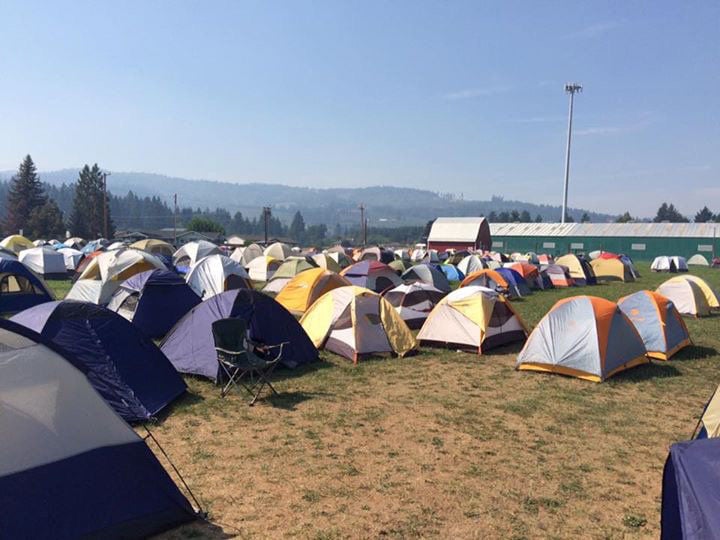 Base camp at the Hood River County Fairgrounds.

Base camp at the Hood River County Fairgrounds.

Clatsop County was spared from the rush of wildfires that spread throughout the state the past few weeks. But the county has still been playing a part in evacuation and recovery efforts.

County Emergency Services Manager Tiffany Brown has traveled to Hood River twice to help with emergency services at the Eagle Creek Fire. As firefighters from around the state work to contain the blaze, Brown has helped officials in Hood River make arrangements.

Hood River Emergency Program Manager Barbara Ayers called Brown two weeks ago to ask if she could work out of the county’s emergency operations center, located in the sheriff’s office. An intergovernmental agreement allows employees from throughout Oregon to work for other counties, while still being paid by his or her home county, for a limited number of days during an emergency.

In her first campaign, Brown spent the first day shadowing another emergency services coordinator. For the next three days, she worked 13-hour shifts — allowing Ayers to take time off.

“It’ll probably be the last day off she has in a while,” Brown said after the trip.

Working with organizations such as the American Red Cross and Oregon Health Authority, Brown planned evacuations by identifying shelter sites, communicating with the public, coordinating livestock movement and preparing for potential hospital evacuations.

Brown returned for a second campaign last weekend as efforts shifted more toward recovery. Individuals and businesses are beginning to figure out how to recoup losses, but poor air quality once again became a factor before rain hit the area early this week.

Brown joined the Clatsop County Emergency Management Division in 2010. She has been a visible face in local preparation for a Cascadia Subduction Zone earthquake and tsunami, and her arrival came after a major storm ravaged the region in 2007. Working in a small county like Hood River, as opposed to other fire operations in Multnomah or Clackamas counties, offered her a valuable test run for future emergency situations on the North Coast, she said.

“There are such unique skill sets and responsibilities that you don’t see very often. We’re really an animal of our own,” Brown said. “I’m trained to handle these situations, but I don’t get a chance to use it that often.”

Hood River also benefits from having outside voices assess situations as they arise.

“There’s also really some value in bringing somebody in that doesn’t have a dog in the fight,” Brown said.

During Brown’s first trip to Hood River, conversations about when to reopen Interstate 84 to traffic occurred regularly. A Level 3 evacuation area with debris, rocks and roughly 3,000 trees sprawled across the road, the popular commercial and travel thoroughfare opened to all westbound traffic last week. The eastbound lanes — just a few feet away from some of the scorched areas — remain closed.

“It’s interesting to see the natural tension with the governor’s office and economic development bumping up with safety operations,” Brown said.

Both emergency and fire personnel are more accustomed to handling wildfires than other types of emergencies. Local organizations are not as reliant upon federal agencies such as the Federal Emergency Management Agency, which is engaged in hurricane recovery operations throughout the country.

“Wildfire is a hazard that we’re more familiar with,” Brown said. “Local firefighters are able to reach straight up to their mother ships and get all the resources they need.”

Still, though, the Eagle Creek Fire’s destruction in the middle of the Columbia River Gorge — a national scenic area — has impacted many sentimental Oregonians. That, of course, is not something emergency or fire personnel can repair.

“It’s going to look like the moon when people drive up I-84,” Brown said. “We’ll be reminded of it for a long time to come.”

Biden on Trump: Our wartime president has surrendered