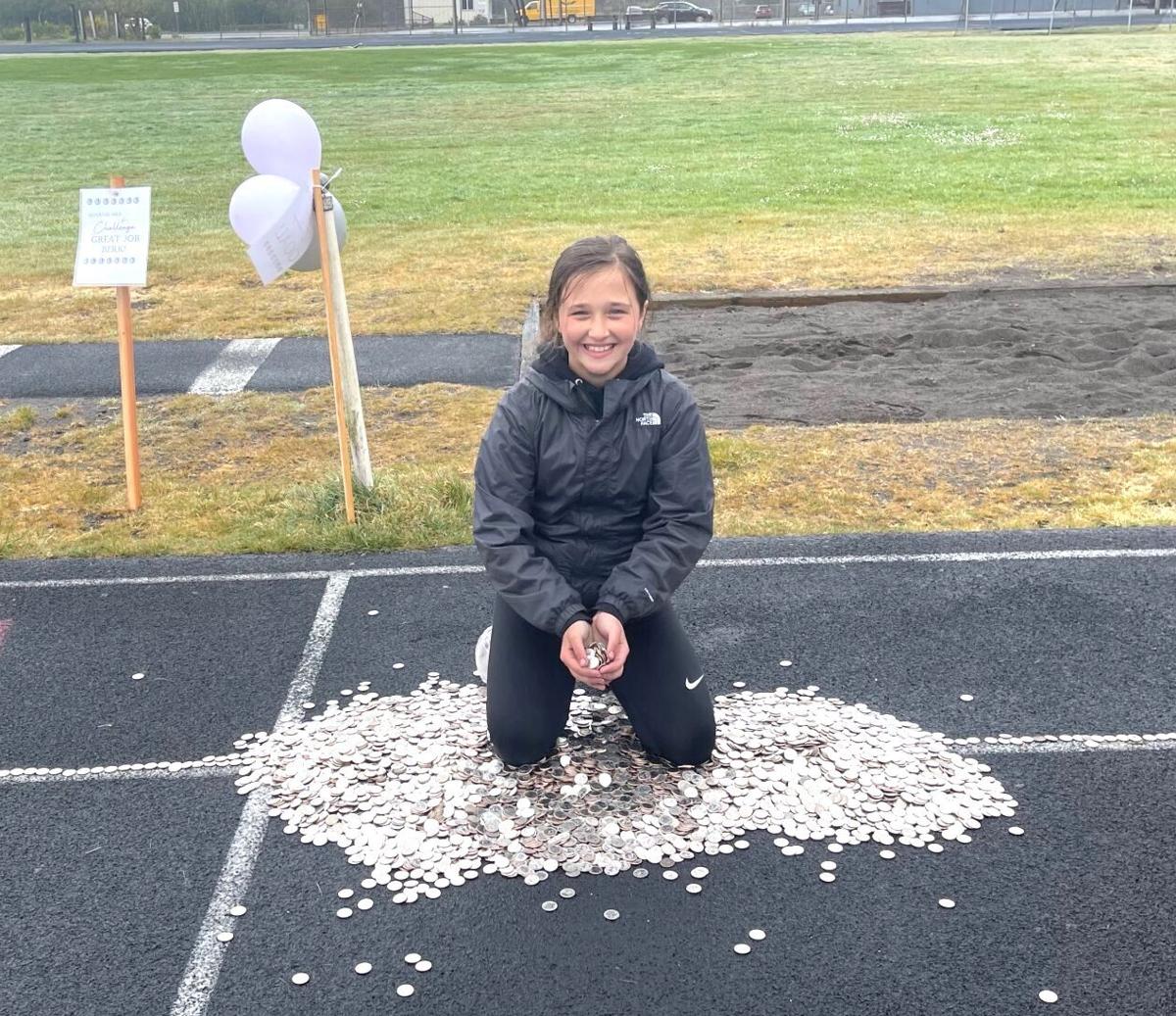 Berkley Sturgell, with some of the quarters collected for playground equipment in Gearhart. 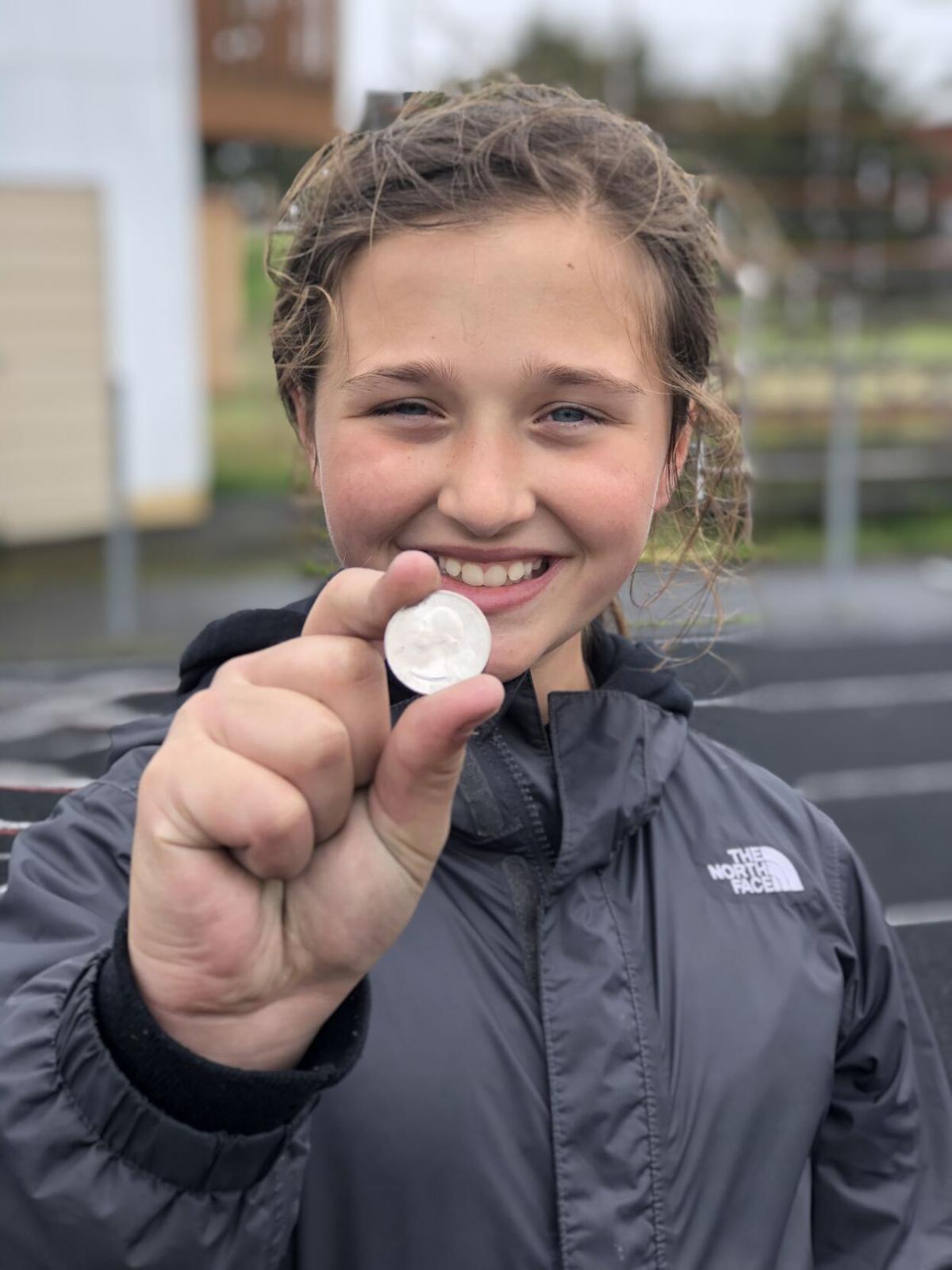 Berkley Sturgell knows the value of a quarter. 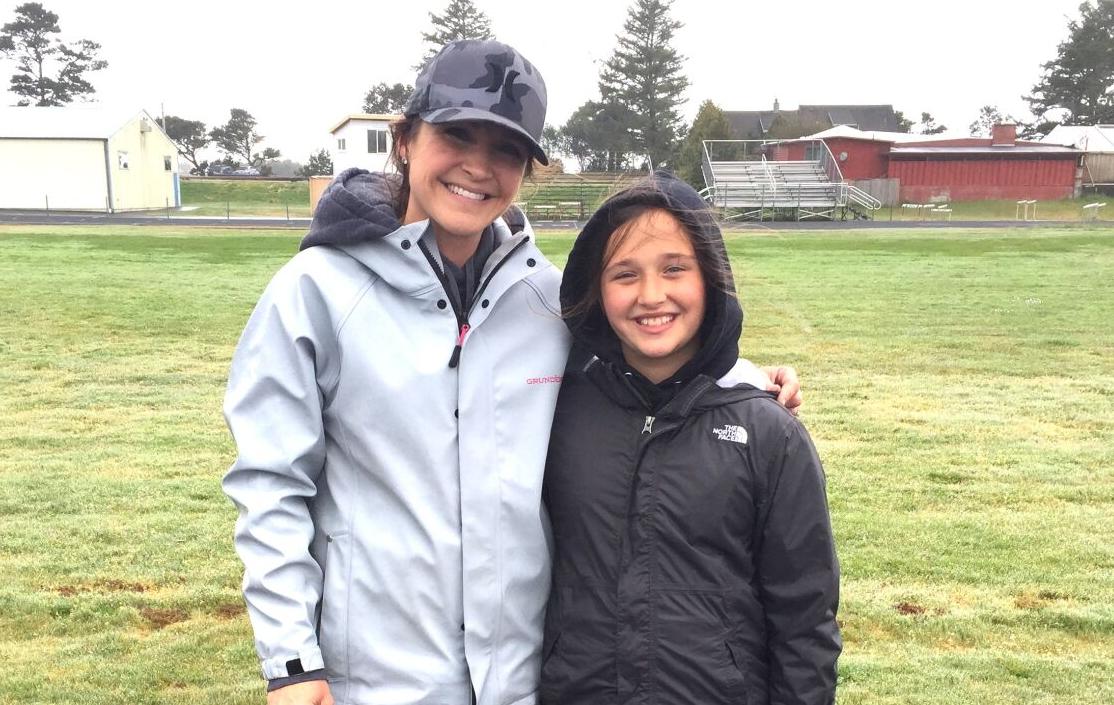 Nicole Sturgell and her daughter, Berkley, at the old Seaside High School track. 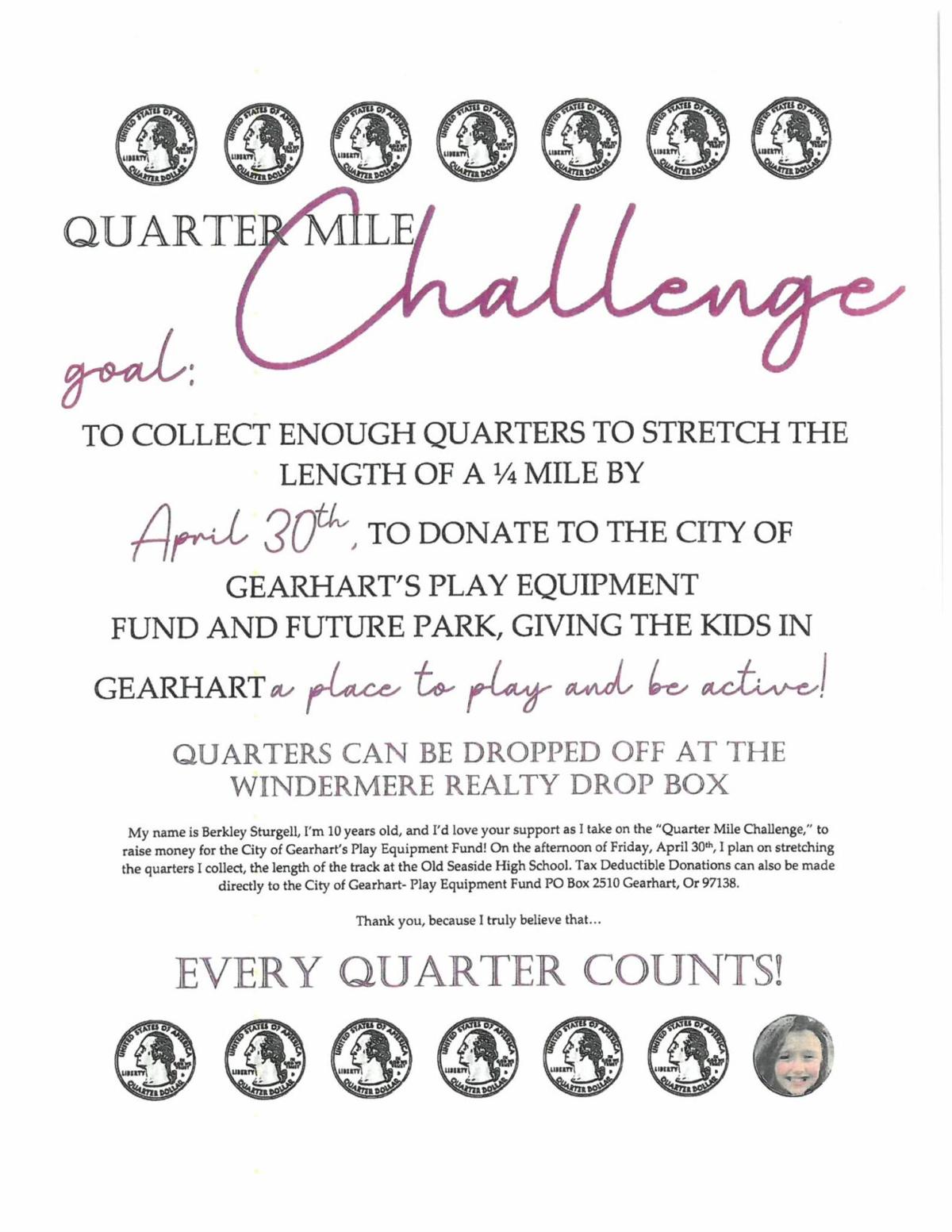 Berkley Sturgell, with some of the quarters collected for playground equipment in Gearhart.

Berkley Sturgell knows the value of a quarter.

Nicole Sturgell and her daughter, Berkley, at the old Seaside High School track.

Starting Friday morning, the group carefully laid out the quarters along the dirt track.

“My daughter Berkley has raised these quarters to contribute to the city of Gearhart playground proposal,” Nicole Sturgell said. “So right now we are literally lining them. Her goal is to make it one time around the track. And we’ll just keep going from there.”

Berkley Sturgell’s efforts started in January, when she wrote a letter to the Gearhart City Council, imploring them to get new play equipment for local children. Mayor Paulina Cockrum picked up on the idea, proposing Centennial Park near Trail’s End Art Association as the location, funded by a mix of donations and city dollars.

Through donations from the Quarter Mile Challenge, the fourth grader set a goal to collect 10% of the proposed $50,000 playground in the city’s downtown Centennial Park.

To promote the event, she created a video, flyers and added drop boxes throughout town.

By mid-afternoon, Nicole Sturgell reported that Berkley had reached her goal of quarters stretching a quarter mile “with a huge pile to spare.” A final tally will follow.