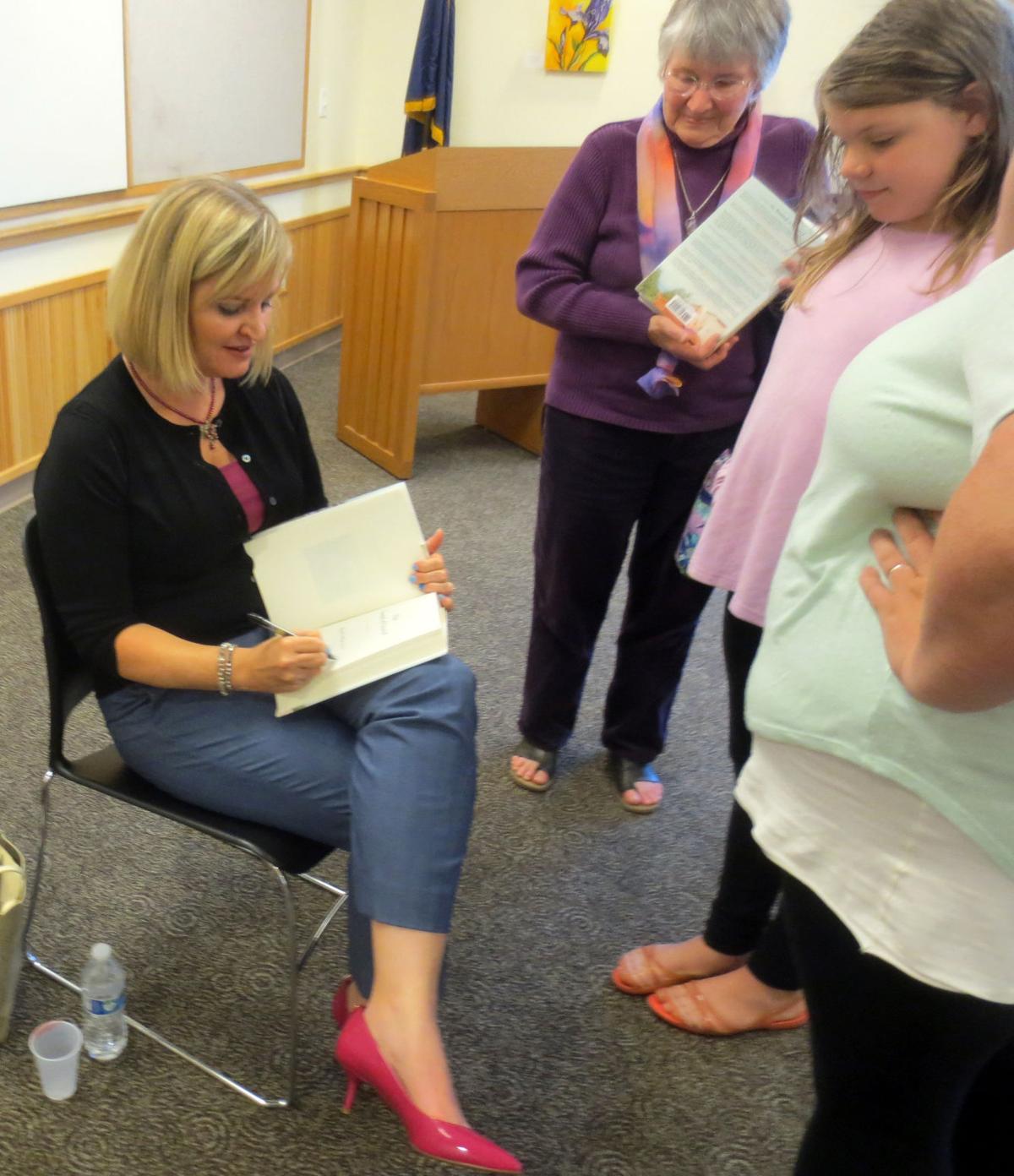 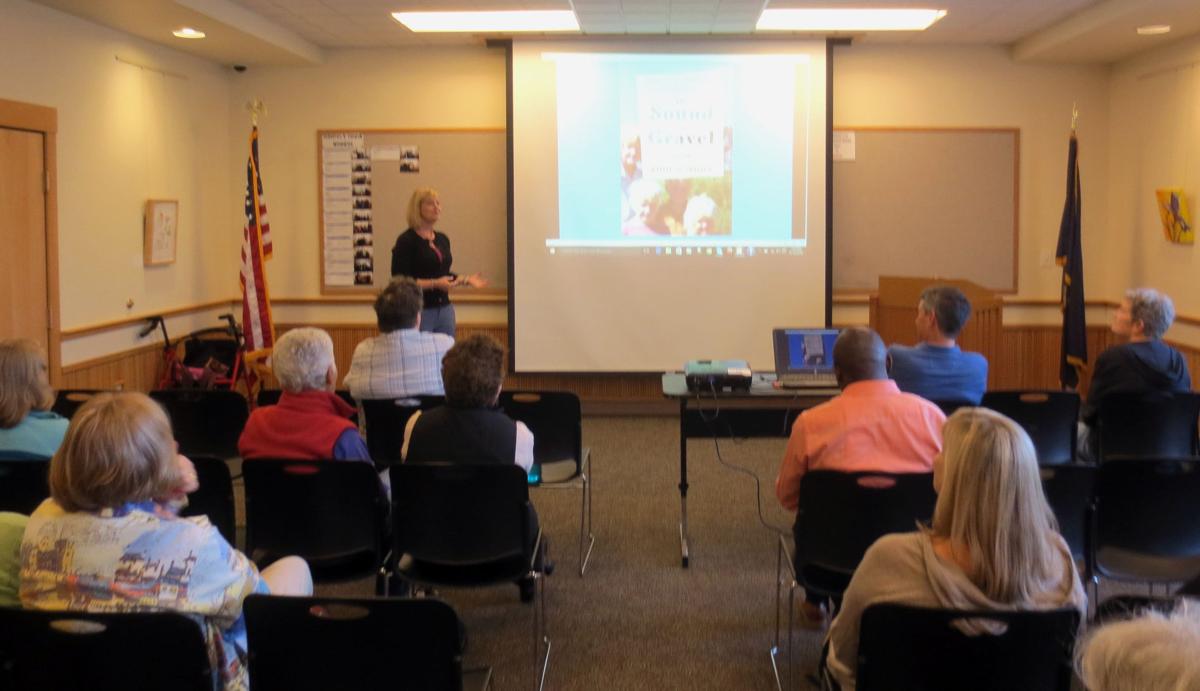 I experienced a sense of disconnect putting together the calm and professional demeanor of the author Ruth Wariner, whose memoir, “The Sound of Gravel,” with what I later read and what she related at her author event at the Seaside Library on June 16. Wariner, whose book was published by Flatiron Books, a division of Macmillan, is a pretty blond woman of about 40. She was the witness and the victim of unspeakable crimes, the worst being repeatedly molested for years by her stepfather. And yet she seems to have forgiven everyone. She doesn’t even seem that angry about her stepfather. In a terrible way, he did give her a strong story to tell, something every great writer needs.

Wariner, who lives in Portland, grew up in the polygamist Mormon colony known as Colonia LeBaron, located in Mexico in the northwest state of Chihuahua. Her grandfather, Alma Dayer LeBaron, established his polygamist community in 1944 after a falling out with his Utah Mormon church. Wariner was her mother’s fourth child and her father’s 39th.

Wariner’s own father, considered a prophet, was murdered by his own brother (who authorities called “the Mormon Charles Manson”) when she was just a few months old. Her mother, not long after, became the second wife of a man named Lane with whom she had several more children. Lane begins fondling and molesting the pre-adolescent Wariner right under her mother’s nose. He also molests two of her stepsisters, daughters of his first wife. The girls, when they tell their mothers, get zero traction. Wariner’s mother denies her story and then stonewalls her daughter for years, saying that when confronted with the abuse, her husband cried and said he’s sorry. For his own part in the matter, Lane tells his families that he hasn’t done anything very wrong. “They’re not my blood children,” he says indignantly. “I would never do such a thing to my own blood.”

To say the Wariner household is dysfunctional doesn’t begin to cover it. There are two mentally disabled siblings. Her mother disappears for days on end, leaving the children with nothing to eat. Most days even when she is home, they subsist on bread and peanut butter. Boys and girls are pulled out of school by the age of 14 to work around the house or the farm. For years there is no running water in their falling apart adobe house; in the late 60’s when Lane finally installs a modicum of modern conveniences, there is a real danger that one could be easily burned in the house or electrocuted. Two of her younger siblings are in fact electrocuted and die against an electric fence; Wariner’s mother dies that way too, attempting to save them.

Before Wariner finally gets the courage at the age of 15 to steal two of her younger sisters and run away, she is fully aware of how her mother and her mother’s American-born sister wives make a practice of raping the U.S. economy, making monthly pilgrimages across the border into Texas to collect welfare and food stamps. Without judgment she describes her mother’s facility to lie and tell inquiring social workers she doesn’t know who the children’s fathers are and that she’s been with lots of men.

At the library presentation, Wariner asked for a show of hands. How many of you have read the book, she asked. There were not many. She said she would change her talk because she didn’t want to spoil the book for anyone. She read a small section of the book that firmly established time and place while her husband (yes, she overcame the trauma of her early years to get her G.E.D., go to college, get a master’s degree, marry a monogamous man, and become a teacher) orchestrated a slideshow of Wariner family photographs. The photos show nothing but smiling faces. One particularly charismatic photo shows Wariner on a pony, a beautiful blond tiny girl, seemingly happy as a clam.

The HBO television series “Big Love” and the TLC reality series, “Sister Wives,” have offered American viewers a slice of polygamous Mormon life. These television shows give viewers the impression that multiple women being married to one man might not be so bad. On “Big Love,” which is supposed to be fiction, there is some serious strife going on beyond female jealousy. On that show, people are kidnapped and they are murdered and very old men taking child brides. But until I read “Sound of Gravel” the full monty of polygamist Mormon culture for me had never been addressed.

I’ve since learned there is a pantheon of contemporary literature on the subject. Goodreads suggests “Escape,” by Carolyn Bishop; “Stolen Innocence” by Elissa Wall; “Shattered Dreams” by Irene Spencer; “The Chosen One” by Carol Lynch Williams. Even the esteemed author Jon Krakauer has tackled polygamy in his book, “Under the Banner of Heaven: A Story of Violent Faith.” Yet I wonder how many people truly understand what goes on in a polygamous community. And why Wariner, who stays in touch with her biological siblings, some of whom practice polygamy, has shied away from calling the situation she escaped from what it is, a cult. “I love my family,” she said.

Election polls: How to read them properly