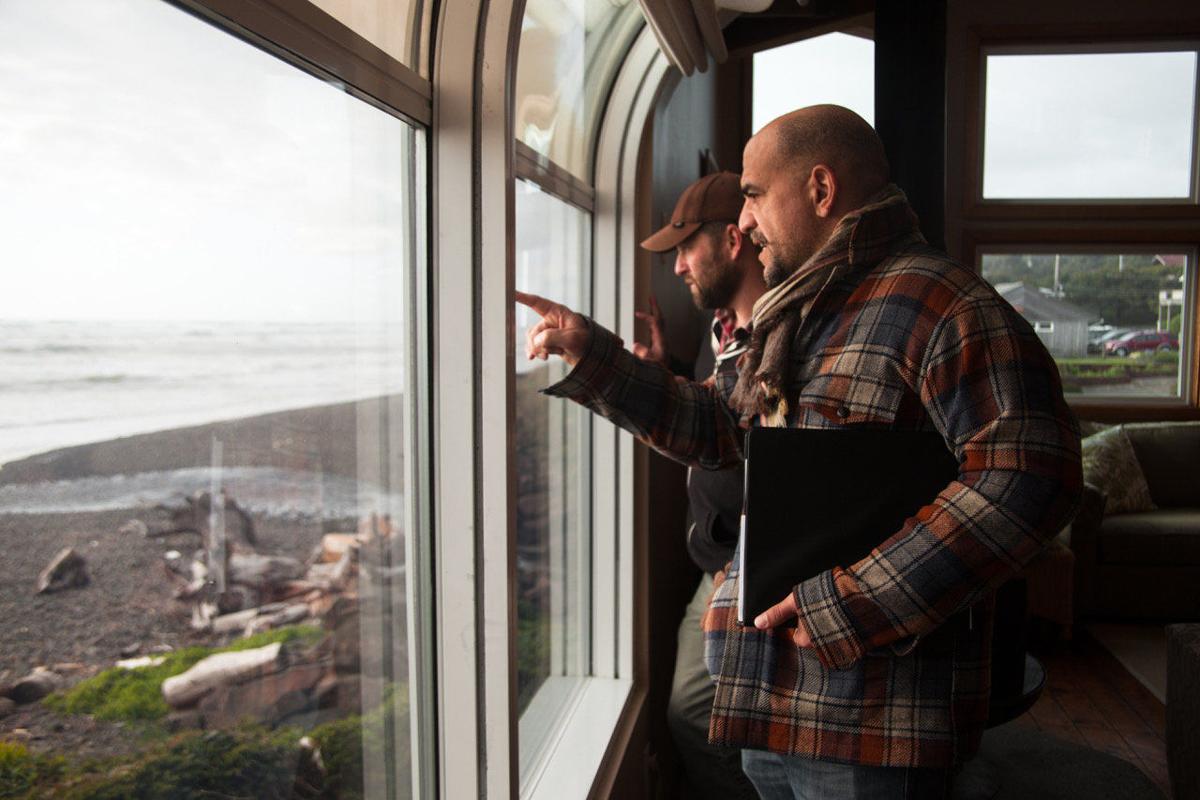 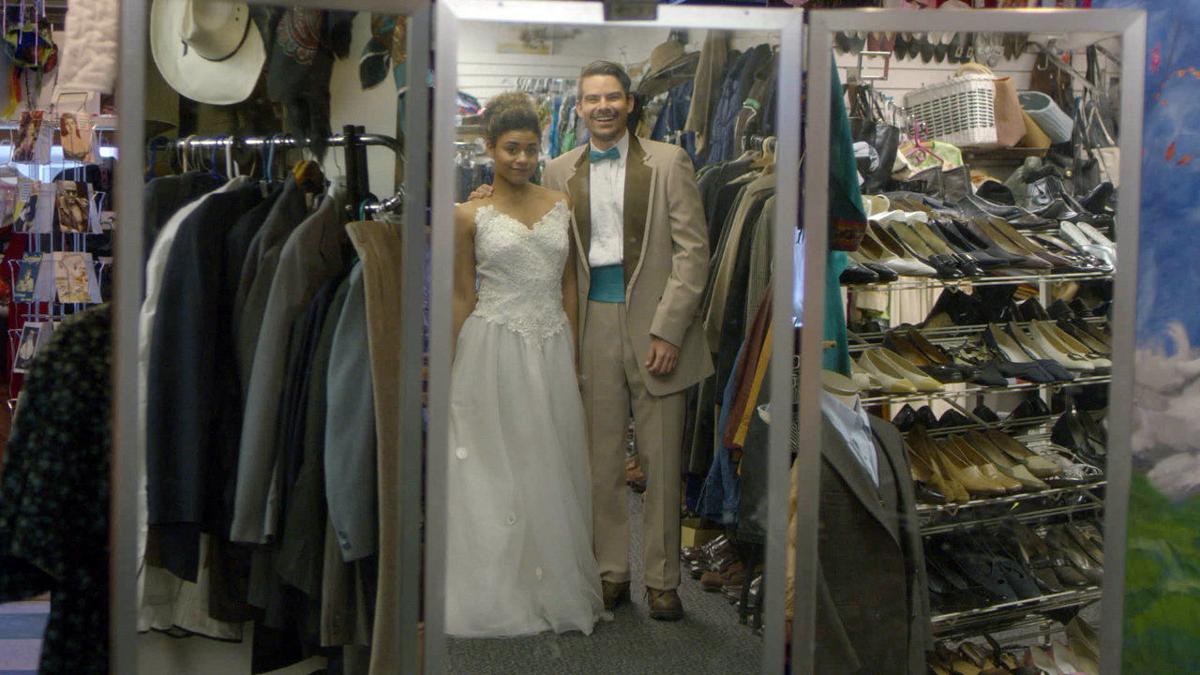 Ariana DeBose and Matt Shingledecker at Yelda's Boutique in Seaside. 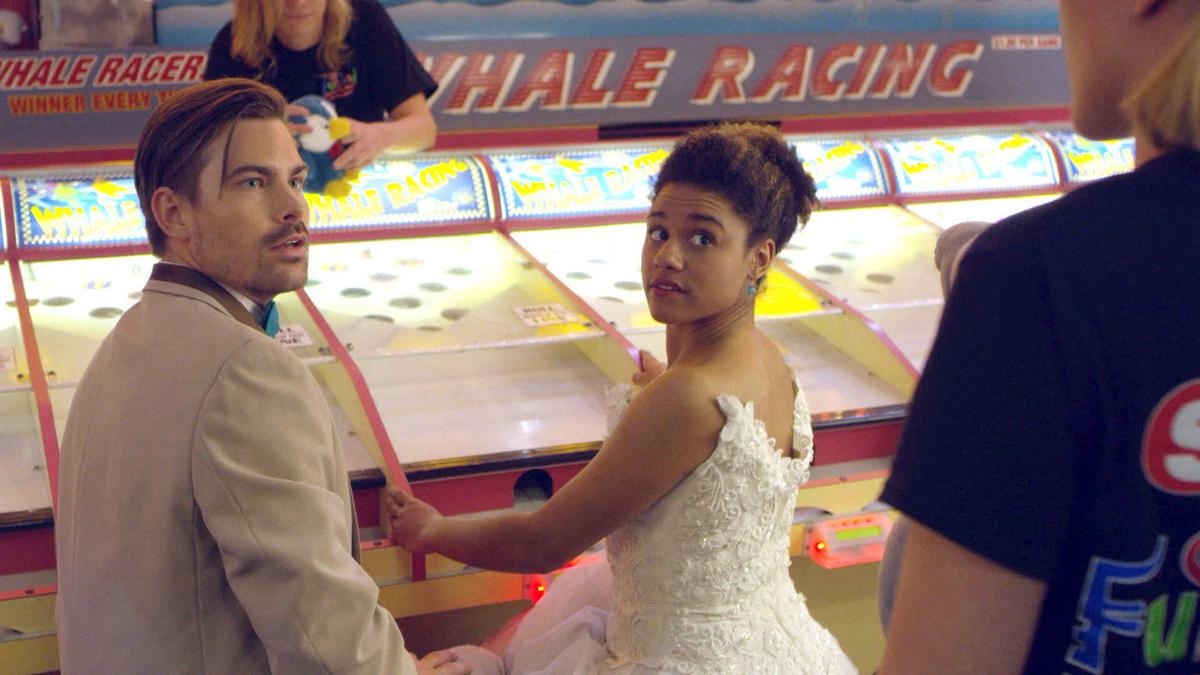 Matt Shingledecker and Ariana DeBose at Funland in the movie, “Seaside.”

Ariana DeBose and Matt Shingledecker at Yelda's Boutique in Seaside.

Matt Shingledecker and Ariana DeBose at Funland in the movie, “Seaside.”

Seaside’s turn on the big screen comes closer as crew members put finishing touches on “Seaside,” the movie, which was shot in April

“We are almost finished,” director Sam Zalutsky said, speaking from his home in New York City. Post-production — including color correction, sound editing and sound design are expected to reach completion in about a month. “The movie is a love letter to my home state,” he said.

Zalutsky said he was drawn to do a film about Seaside after spending so much time here as a youth.

“My parents have a home in Arch Cape and I’ve spent a lot of time there,” Zalutsky said.

“The Oregon Coast landscape has so seldom been caught on film,” he added. “I knew I could do a visually dynamic film, and of course I had use of my parents’ beach house not just as a location, but as a place to live during the shooting.”

While writing the script, Zalutsky incorporated locations like Funland, the Arcade and the Seaside Civic and Convention Center, which offered up a side room for an interrogation scene. Zalutsky, a Portland native and master of fine arts graduate from New York University’s Tisch School of the Arts, was short-listed for the Independent Spirit Award’s “Someone to Watch Award” for his first feature, “You Belong To Me.”

His 17-minute film “How to Make it to the Promised Land” was funded through Kickstarter and a Jerome Foundation grant. Zalutsky wrote “Seaside” during a residency at the MacDowell Colony, an artist colony in New Hampshire.

Ariana DeBose, who appeared in the original Broadway cast of “Hamilton,” stars with Oregon native Steffanie Leigh in this female-driven revenge thriller.

“The film is a thriller with lots of twists,” Zalutsky said.

His script tells the story of a young woman who moves to the Oregon Coast with her boyfriend to start a new life in the beach house he’s inherited from his parents. When the two bump into another young woman who has previous knowledge of the boyfriend, it becomes apparent the boyfriend hasn’t been entirely forthcoming about his past. Bad things — very bad things — soon start happening.

To produce the film, Zalutsky recruited fellow Portlanders Alyssa Roehrenbeck (“The Drunk Series,” “Gage,” “DOTT”) and Kevin Corstange, who has appeared in productions at Portland Center Stage and now is a New York-based producer.

Basic Rights Oregon, a progressive group for social equality, also hosted a fundraiser to benefit both “Seaside” and the organization.

As the film draws closer to completion, Zalutsky said he’s starting to submit it to film festivals, some of them in Oregon. He hopes to have screenings in Portland and on the coast.

The local landscape plays a key role, with its “beautiful, but dangerous” cliffs, rocks, wind and rain.

“As befits the landscape, we learn it’s not an easy place to live,” Zalutsky said. “The environment is beautiful but dangerous.”

Alexandria Ocasio-Cortez discusses where she disagrees with Biden