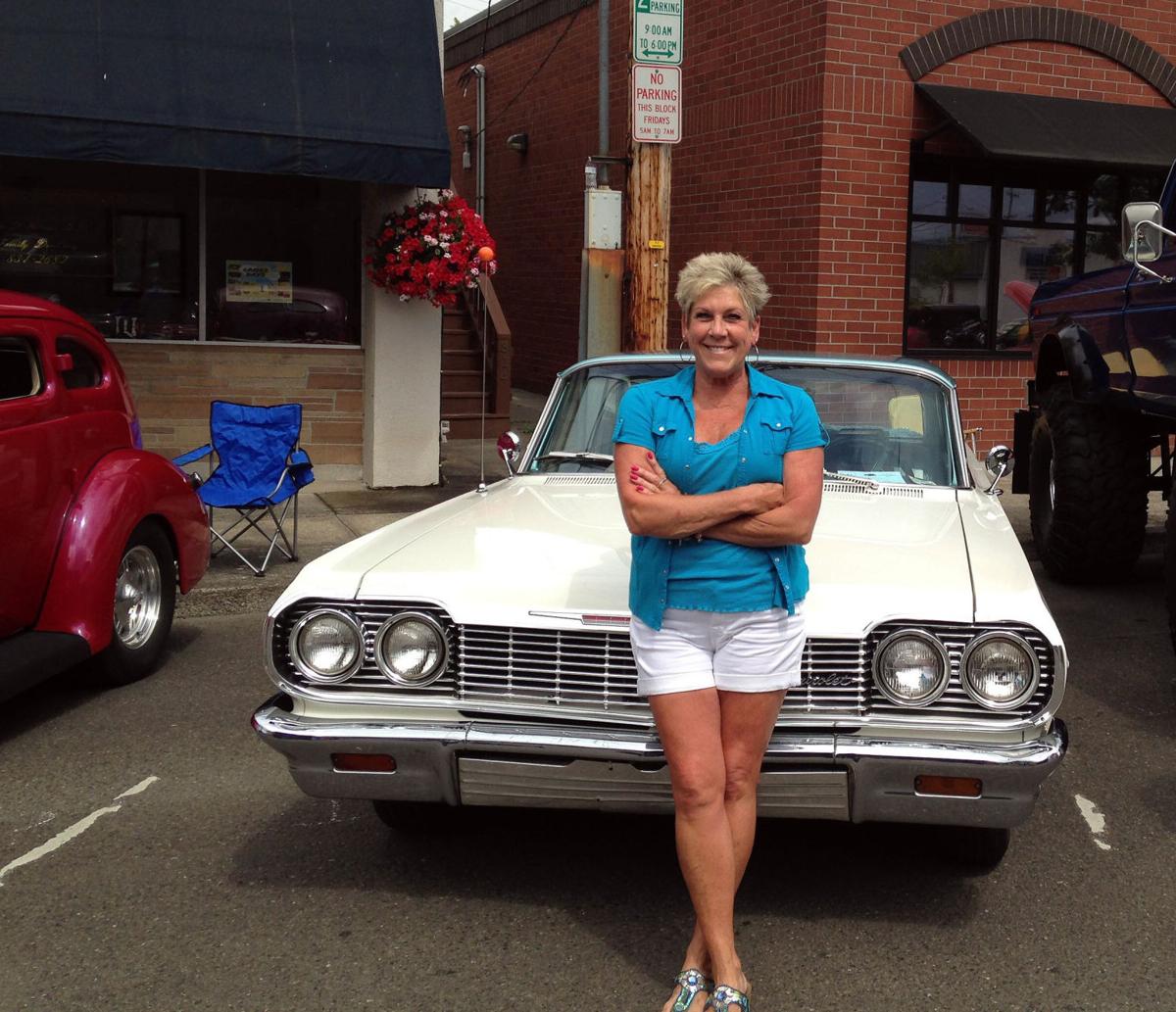 Patty Petersen will be coming to Seaside for the Muscle and Chrome Car Show Saturday. 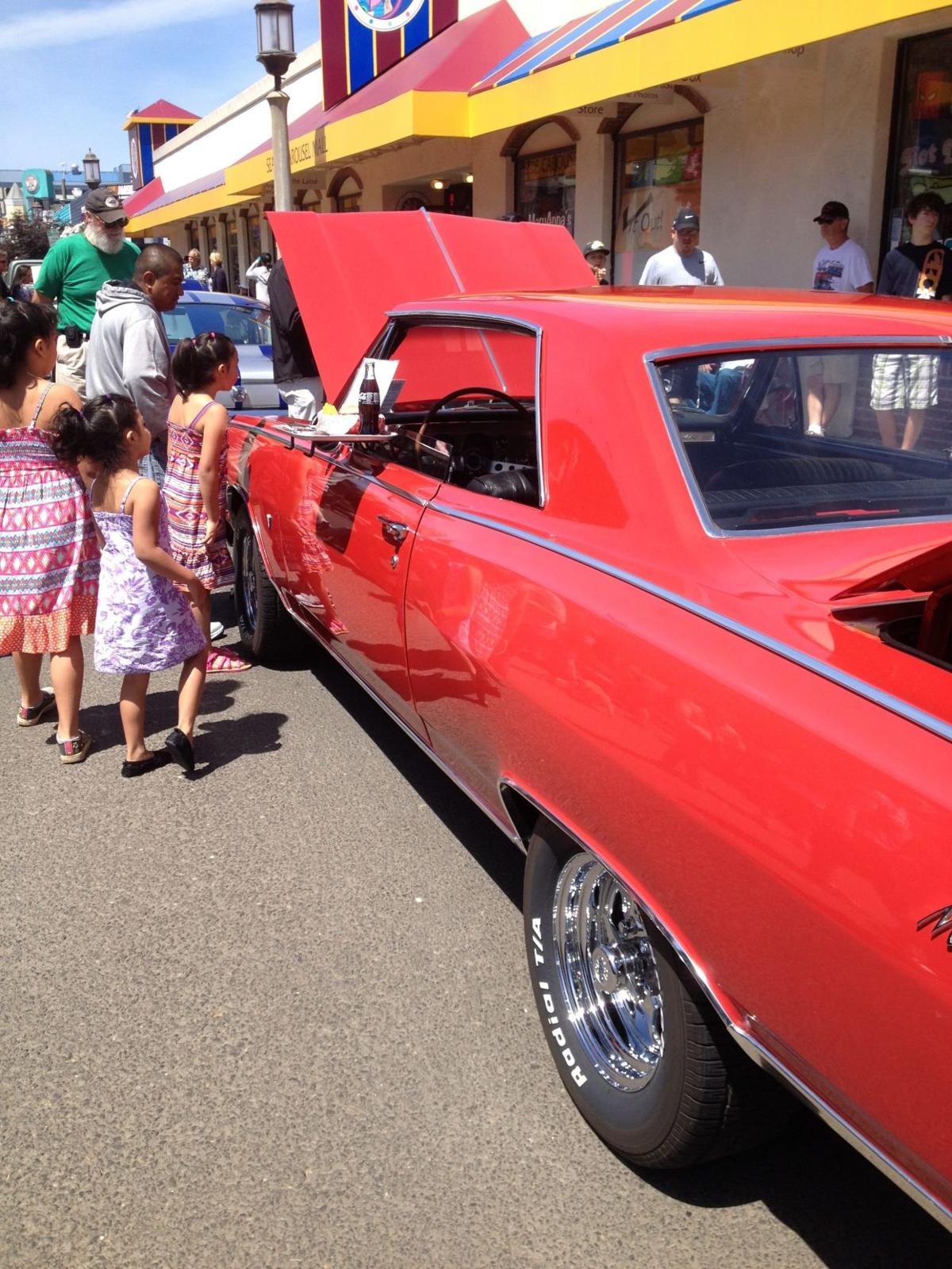 Visitors are enthralled by this entry in the 2015 Muscle and Chrome in Seaside. 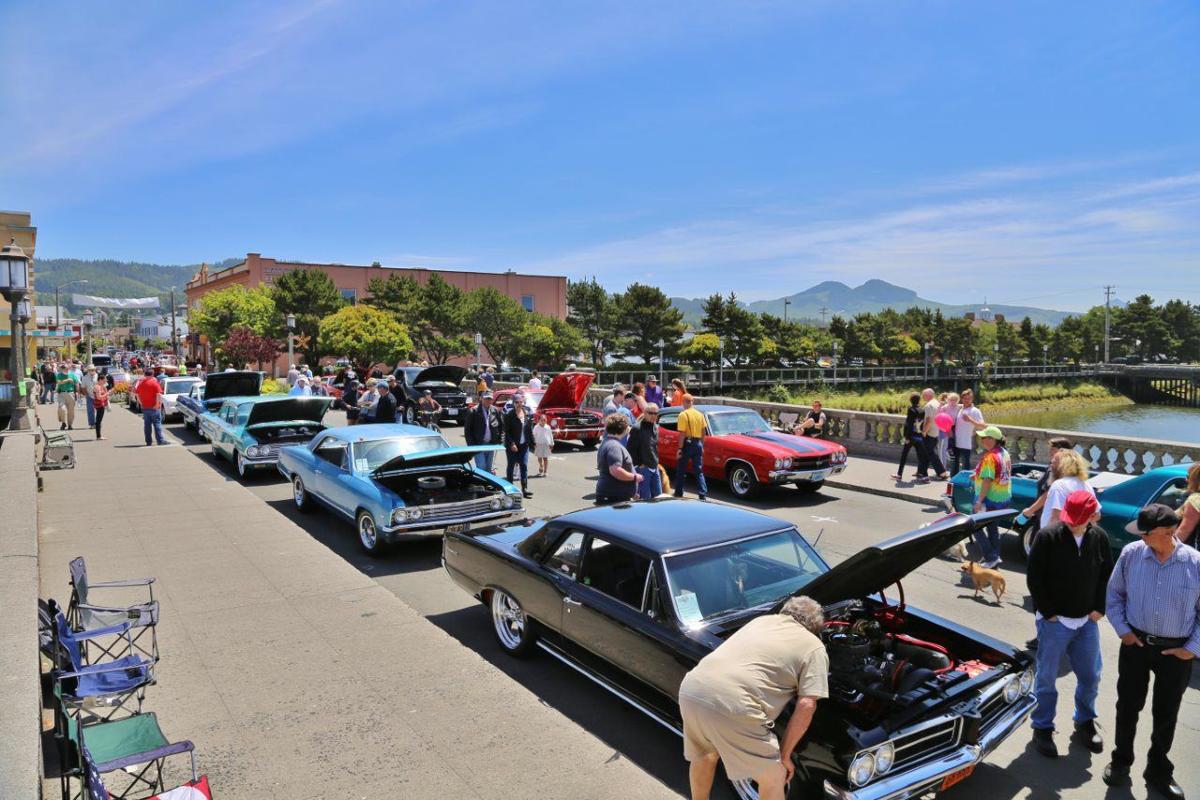 Cars lined Broadway in Seaside for Muscle and Chrome in 2015. 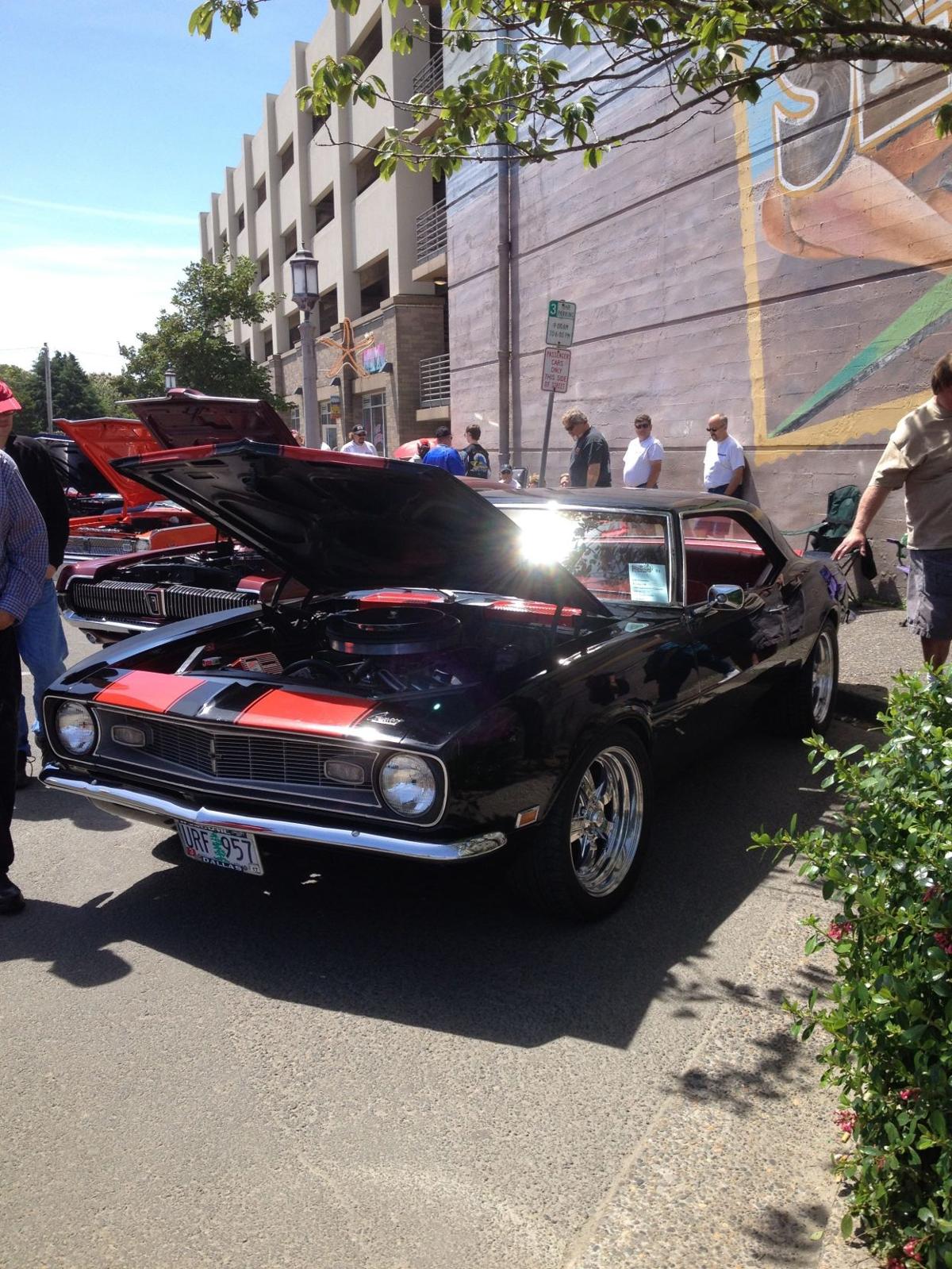 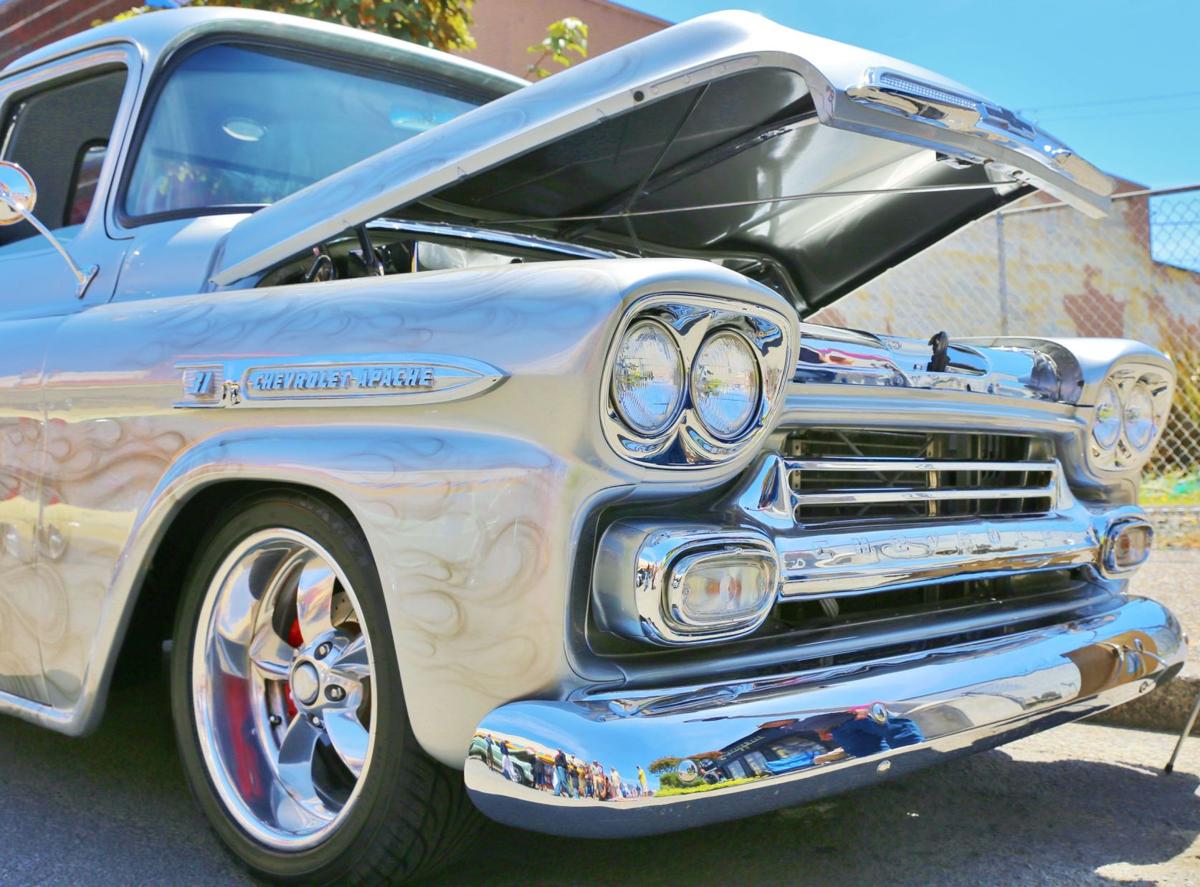 A look under the hood at this muscle-bound beauty at Muscle and Chrome in 2015.

Patty Petersen will be coming to Seaside for the Muscle and Chrome Car Show Saturday.

Visitors are enthralled by this entry in the 2015 Muscle and Chrome in Seaside.

Cars lined Broadway in Seaside for Muscle and Chrome in 2015.

A look under the hood at this muscle-bound beauty at Muscle and Chrome in 2015.

SEASIDE — When Patty Petersen’s 1964 Chevrolet Impala cruises down the street, she’s thinking of her mom.

The Vancouver, Washington, resident is the proud owner of the car she calls “Mompala,” a trophy-winner at Muscle and Chrome in Seaside for the last two years. “My mother bought the car brand new in 1964 after raising 13 kids,” Petersen said. “She paid cash for it. It was a pretty big thing for her to come home with a brand new car.”

The car has been kept safe and sound in the family ever since her mother, Marie, died in 1999.

“At shows, I build a shrine to my mother inside the car,” Petersen said. “My daughter made a special blanket and I have all these amazing pictures of my mom with her Chevy Impala. When I take Mompala to shows, I spread that blanket over the seat. It’s a real conversation starter.”

When she was a child the car seemed small. “But now it seems like such a big car! The trunk is huge!” she laughed.

Produced and coordinated by the Seaside Downtown Development Association, Muscle and Chrome arrives Saturday. Five city blocks of show quality vehicles from 1960 to 1978 plus factory built vehicles from 1979 to the present will be on display.

Petersen is a single woman and takes care of the car on her own. “I have a mechanic but this is a flying solo project,” she said. “I’m the youngest of 13. My brothers didn’t have an interest in showing the car, but I did.”

That interest continued through the years. “I’ve always loved classic cars.” Petersen said. “I’m a breast cancer survivor and the car keeps me grounded. Mompala is such therapy for me. It’s a good kind of nostalgia.”

Whenever Petersen brings the car to a show lots of younger people look at it and appreciate its beauty, but the biggest response comes from older folks who like to stand around and tell their own classic Impala stories.

“I’ve had a lot of body work done on the car,” she said. “I know the story behind every ding and dent.”

Petersen said it’s not always easy being a single woman with a classic car. “The car world tends to be a man’s world, so it’s nice when women can be highlighted. It’s very empowering not only to me, but hopefully to other women.”

Petersen is a member of Beer Boys Racing, the Vancouver-based club and former winner of Best Club Participation trophy at Muscle and Chrome.