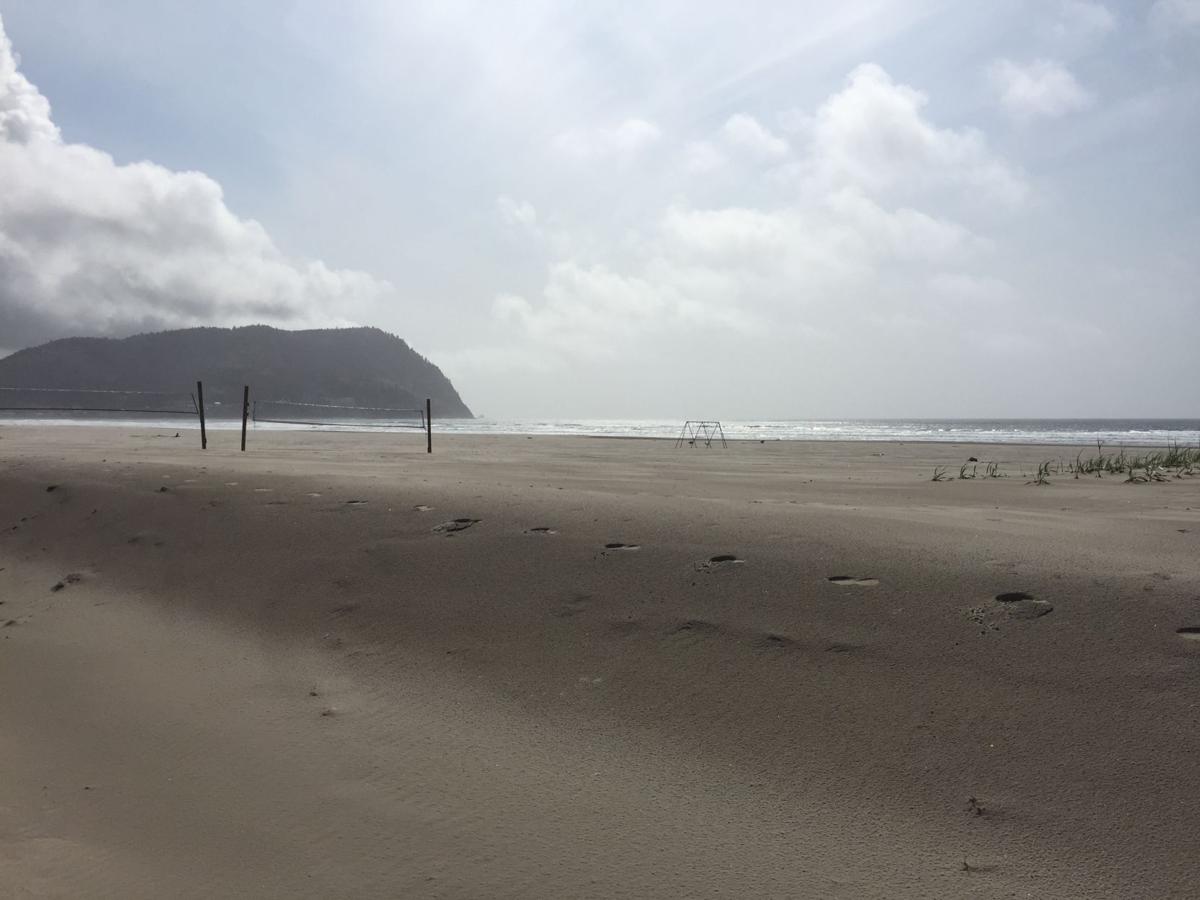 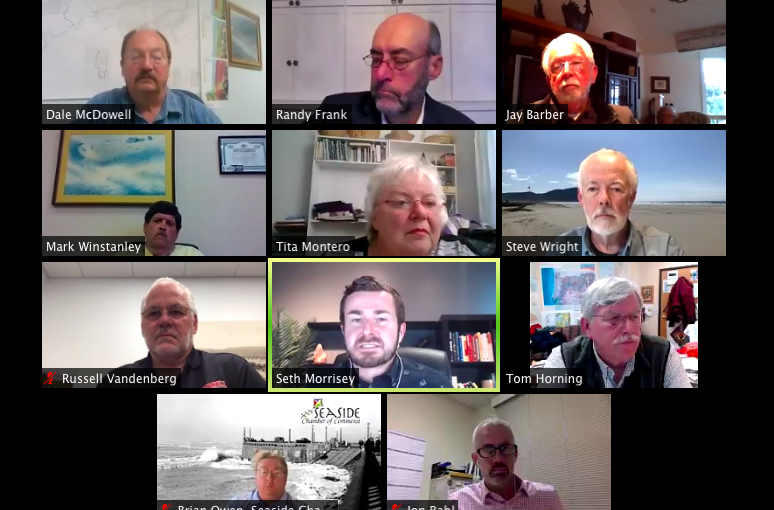 Seaside City Council meeting on May 11.

Seaside City Council meeting on May 11.

The City Council unanimously voted this week to lift restrictions on beaches, waterways and parks effective 6 a.m. on Monday.

The council also approved the purchase and installation of two portable message signs, one at the north end of the city and one at the south end, to offer guidance for visitors. Each sign is budgeted at $13,000.

The Oregon Parks and Recreation Department closed Seaside beaches on April 10 at the request of city officials as a way to limit health risks and contact during the coronavirus pandemic.

“I think we need to give people who live in Seaside the chance to get used to opening up rather than doing the hotels and beaches all at once,” Councilor Tita Montero said.

“If we do move too quickly, I think we’ll have a backlash like we had at spring break,” Morrisey said.

A council meeting scheduled for May 20 will reevaluate the lodging decision.

With this week’s vote, Seaside takes a separate path from Clatsop County, which had sought a unified approach to opening the city’s beaches and lodging facilities.

At a county Board of Commissioners meeting on Monday, County Manager Don Bohn said he sought a coordinated plan among North Coast communities for reopening beaches and lodging facilities to align with the state’s phased reopening plan. That plan was sent to Gov. Kate Brown’s office for review.

But, the opening of the Seaside beach, like its closing, is a Seaside decision, Bohn said.

Morrisey’s draft amendment for opening the beach included weekday hours from 6 a.m. to 5 p.m. and closures over the weekend.

“My hope is this strategy, along with strong, visual and clear messaging from the city at both entrances of town and at the county level, would limit the flow of tourists during the first phase of the governor’s reopening plan,” Morrisey said.

But after comments from Police Chief Dave Ham and Fire Chief Joey Daniels, a part-time reopening was rejected by councilors.

“The ability to manage and enforce changes on the beach is problematic,” Ham said.

Police staff are “besieged” by calls on questions about situations, rules and regulations regarding the beach, he added. “Having the beach either open or closed would be my preference,” he said.

With beaches north of Seaside open and enforcement difficulties in Cannon Beach over the weekend, Ham suggested a full beach reopening May 18, with social distancing and messaging to discourage travel from outside the county.

“We’ve been hand in hand with Chief Ham and the police department,” Daniels said. “Having hours is just a struggle. You either open it or close it.”

Seaside beachgoers may find an added complication when the beaches open.

Turnaround restrooms are currently under construction, City Manager Mark Winstanley said. “We have them pretty much torn apart, so it will be a little while,” he said.

For the love of Jesus who doesn't like coming to the beach. Especially Seaside. It's always festive, fun and relaxing. But, we are in the midst of a pandemic that has killed 84K nationwide. There are two hotshots in Clatsop County ( identified and contained ...for now). But really...the beach is now a textbook attractive nuisance. Yes, easy for me to say. I don't live there. I live in Portland. But, having said that. Let's give our nurses, doctors, emergency folks and year round residents the benefit of the doubt this time. Open the beaches after July 6th. That's a happy medium. The crowds and revenue losses will still be huge, and for some, devastating but we need to proceed with caution. We have learned a lot these passed 8 weeks. The virus is highly contagious. It loves density and clusters. And, as yet, no therapeutics or vaccines exist and may not for some time. So, I am willing to forgo my annual trips to the beach for now..and hold off until after the 4th. But, knowing some folks, the pandemic is one big huge inconvneience. Since they haven't been effect they just don't think it's a big deal, that governments are overreaching with restrictions and that they are entitle to their freedoms of movement. This is America after all. They are right. It's the same America that elected Donald Trump who minimized, delayed and denied the existence of the coming pandemic until it was two late. Precious time was lost. And, so far, 84K people died. So, for them, for their memory, for their families, hold off until after July 4th. Read a book, mow the lawn, paint the house, get a sprinkler set up for the kids, roast some weenies, drink a case of beer, buy some locally grown weed and party on...just not at the beach. Leave them alone. The beach ain't going no where.