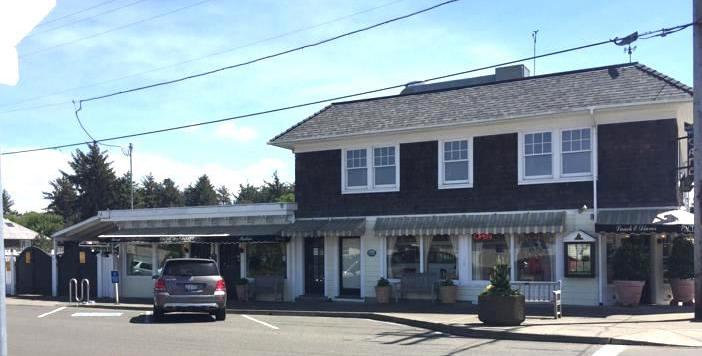 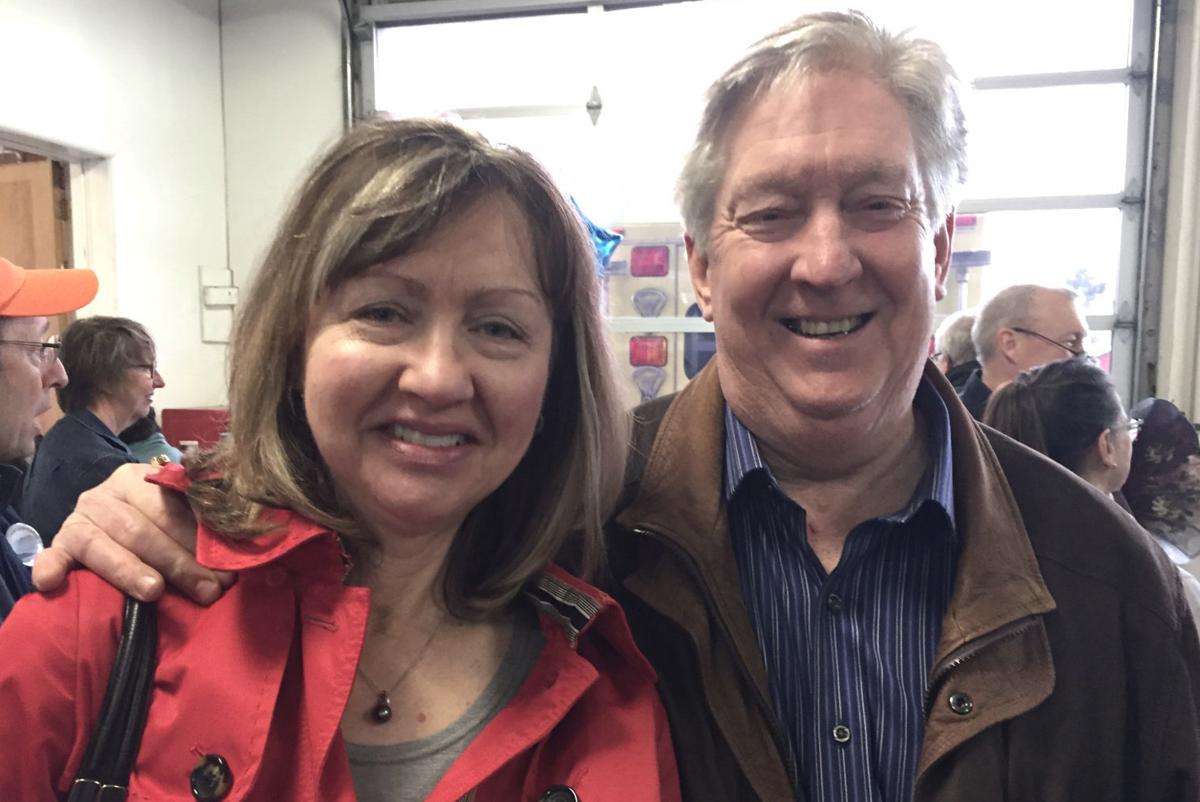 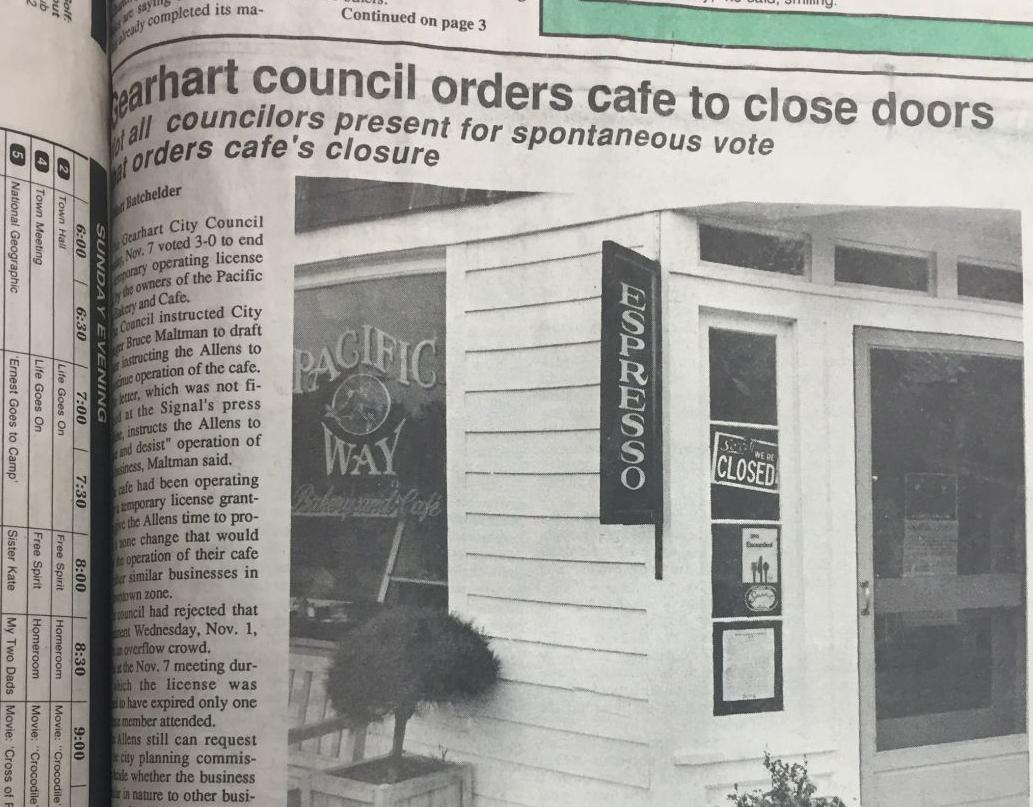 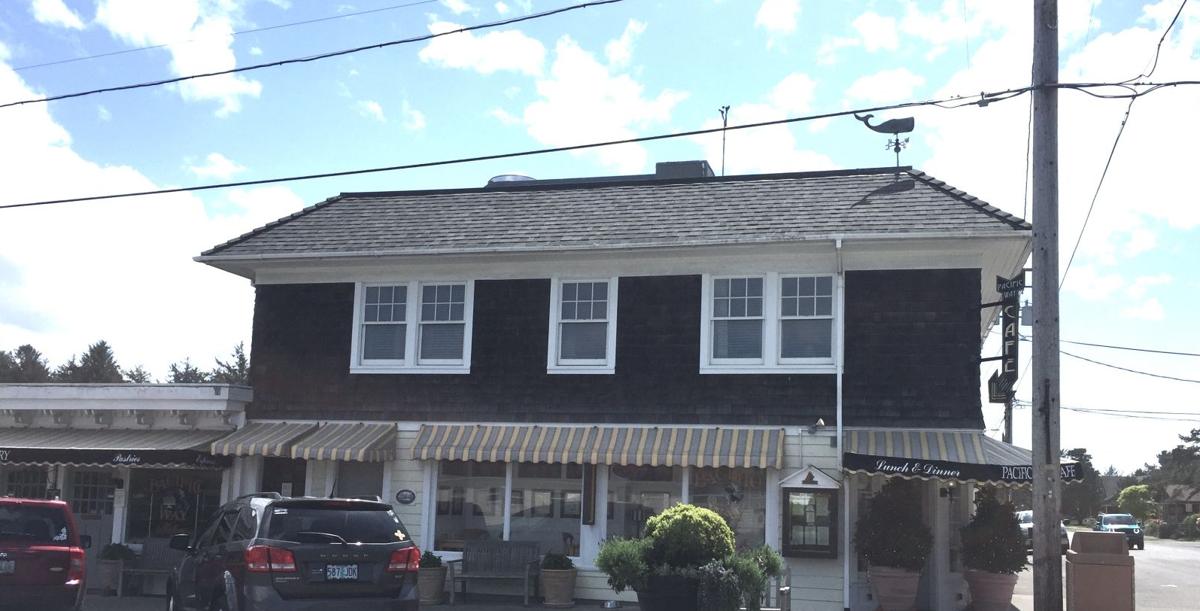 The Pacific Way Cafe at the southeast corner of Pacific Way and Cottage in Gearhart will close after serving as a gathering place and special occasion dining destination for 32 years.

After meeting with chef Geoff Gunn on Saturday, owners Lisa and John Allen told their 20 full-time and part-time employees that the cafe will permanently close because of financial impacts from the coronavirus pandemic.

“We all three knew this was insupportable,” Lisa Allen said. “We knew it would not be a viable business without revenue to supply employees and food cost. We cannot financially ruin ourselves to the point where we would sell our home and live on the street.”

“John and I agonized over this,” Lisa Allen said. “When this pandemic first hit, we were on a one-week break, a closure. Instead of going on vacation, we had the idea to renovate the dining rooms at the cafe. We repainted, we had brand-new cushions sewn for the chairs. We spent $10,000. The dining room has never looked more beautiful — and now no one will ever sit in it.”

With social distancing rules, the cafe — which is comprised of a collection of intimate dining areas — would cut the number of diners by 50%, she said. “You can’t make a living with that. I could not even bring back one cook. We could not financially sustain that.”

The Allens applied for the Small Business Administration disaster relief program without result. “We applied for the PPP (Paycheck Protection Program) and heard nothing back from our bank or from anyone,” Lisa Allen said.

Gov. Kate Brown’s extension through July 6 of Oregon’s state of emergency for COVID-19 was the final blow.

The Allens dreamed of opening a restaurant inspired by their own favorite dining experiences, from Portland to Paris.

When the building at 601 Pacific Way — formerly a restaurant called Eat Your Heart Out — became available, the couple jumped.

“I called John at home and said the building’s for sale, I want it,” Lisa Allen said. “I had always dreamt of having a place people could walk to and ride their bikes to, have dessert, have a meal.”

The Allens opened their restaurant in 1988.

“We didn’t have table service in the beginning,” Lisa Allen said. “We had numbers people took and we delivered to the table. We had a 6-foot long dessert case, a deli case — the format was completely different.”

Eventually, the cafe began serving lunch, dinner and hiring their first chef, Gretchen Day. “It just grew from there,” Lisa Allen said. “The community, the locals really loved it.”

The Allens made local headlines in the late 1980s and early ’90s when Gearhart’s City Council moved to shut the cafe down, citing zoning rules that prohibited eating and drinking establishments in the downtown commercial district.

The Allens fought back in the courts and won, enabling the cafe to thrive for the next three decades. In those years, the cafe received write-ups in The Oregonian, Food & Wine, Saveur and other publications for their Pacific Northwest cuisine served with a French flair.

When the neighboring building, which housed the post office, became available, the Allens expanded and began serving pastries and coffee to crowds that would line up before 7 a.m. for freshly baked marionberry scones, apple turnovers and veggie tarts.

The cafe became a social headquarters for locals, with visitors and regulars alike engaged in conversation and issues of the day.

The pandemic brought all that to a halt.

The cafe’s business plan is no longer sustainable, John Allen said. “We’re in the same situation practically all other restaurateurs are in right now — and I don’t see anything that’s going to change that.”

The Allens plan on reopening the bakery in a different format, serving baked goods, sandwiches and grocery items on a takeout basis. They hope to reopen for business in June.

“It’s heartbreaking to see it end,” Lisa Allen said. “But it can’t go on.”

“This has been pretty tough,” John Allen said. “Thirty-two years and the whole thing disappeared overnight.”

Also...you should reapply for the PPP - the money is there, don’t let your bank work you over! There are people who can help assist to get what you need!

Can we start a gofundme account to get you guys over the hump of this? Gearhart and the world need you!! And someone could help to secure the government’s PPP funding. We can’t let that be the take down factor for you!

I am so sad to hear of your closure. My husband and I love coming to your wonderful restaurant when we come to visit our house In Gearhart. I have told many people in Oregon and in Arizona where we currently live about the fabulous restaurant and the memories. I am unhappy there is not more that can be done. There is nowhere like this on the Oregon coast. If anything changes pls update.

My husband and I retired in July of last year and moved to Surf Pines. The very first restaurant we visited was this one. We loved the food, the ambience and the employees. We really looked forward to visiting again and again. It's hard not to use bad language when commenting about this restaurant's closure. There was never any reason to close down our country's economy and there sure as heck isn't any reason for Oregon to continue closure of any businesses until July! Our governor seems determined to shut down all small business in Oregon. We are extremely sorry that so many people who have worked tirelessly to make a go of their small businesses are having to give it all up, especially after so many successful years. Words just can't express how angry we are.

This news is devastating, as The Pacific Way Cafe has been a trusted, homey and wonderful spot for us for over 12 years. The owners are like family in the morning with our incredible pastry, and at night over a fire and wonderful meal. The decor is something that only time, love and patina can create. This is a sad, sad day indeed, and I know the owners are equally gutted. Many thanks for the memories, and the fact that no response was given for PPP, yet somehow Fortune 500 companies were first in line after years of a bull market makes me very, very angry. These owners deserved some relief after all the service over the years as well as being a part of the cultural fabric and charm that is Gearhart. We appreciate you, and will sorely miss you!!!

I love this place and all the people that work there. This news is heartbreaking and I just wanted to say thank you for a restaurant that was perfection. I will be first in line in June at the bakery. I wish you well. ❤️❤️❤️